Taylor Swift gave props to her ex-boyfriend Harry Styles at the 2021 Grammy Awards as he accepted the award for Best Pop Solo Performance.

The “Folklore” singer was seen on video nodding in support of Styles, whom she dated from fall 2012 until their January 2013 breakup. Her track “Style,” from the album “1989,” is about the former One Direction singer and “Out of the Woods” is also said to be about their romance.

One Direction’s tune “Perfect” and Styles’ solo song “Two Ghosts” are rumored to be about their relationship as well.

Both Styles, 27, and Swift, 31, were nominated in the category — Styles took home the award for “Watermelon Sugar” while Swift was nominated for “cardigan.”

Swift had performed “cardigan,” “august” and “willow” prior to Styles’ award.

Before winning, Styles left tongues wagging by opening the show in custom Gucci leather suit — with no shirt underneath and a green feather boa — to perform “Watermelon Sugar.” 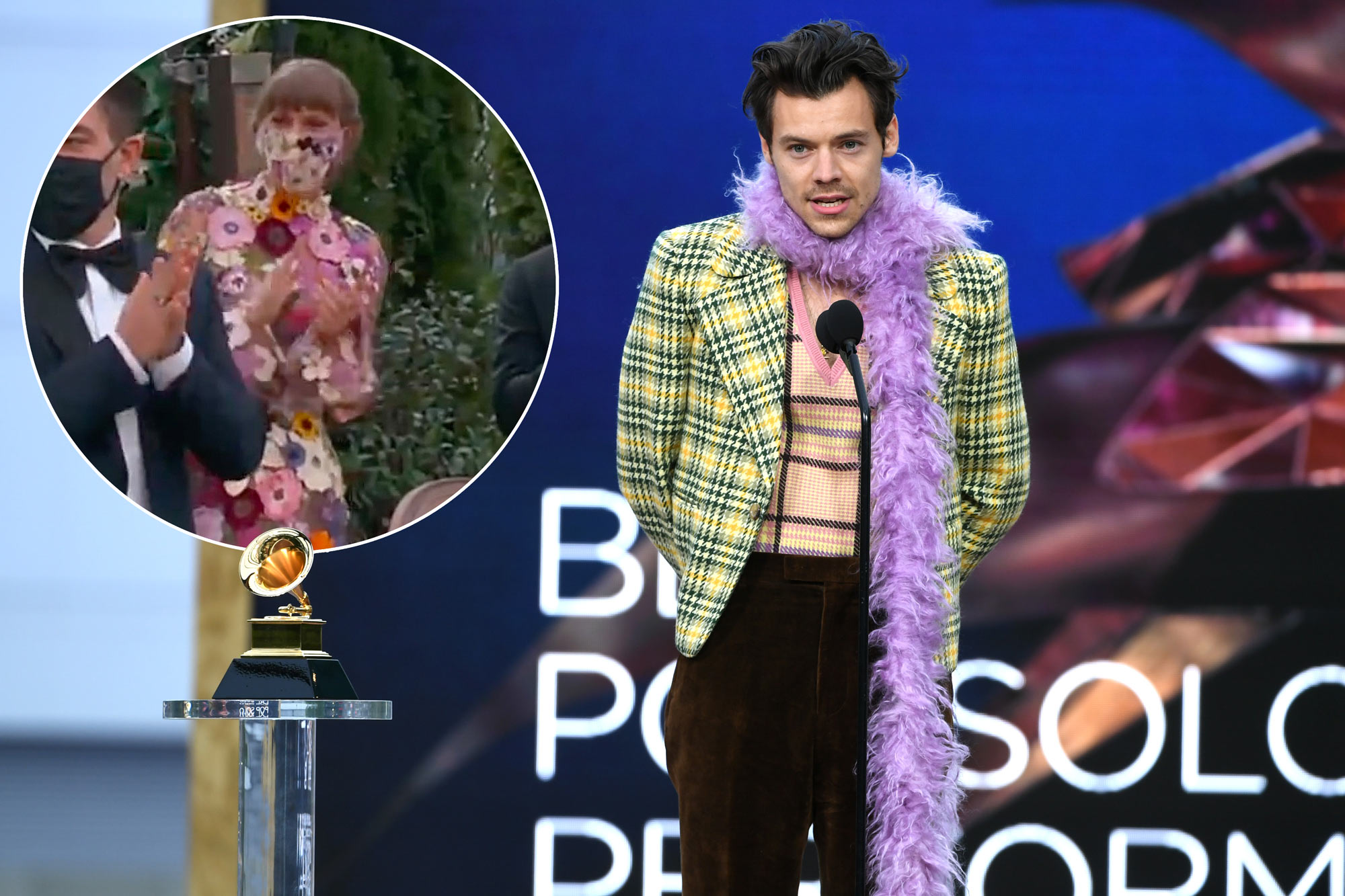 Ever the fashion rebel, he also donned a Gucci banana necklace with a phallic symbol alongside his signature cross. The sold-out fruit style (which normally costs $450) is described by the designer as sending out “a message about leaving behind fashion’s old rules” and “portraying this uninhibited freedom of expression.”