BAZ BAMIGBOYE: The Queen will get to play herself for a change in a big screen film that will be a ‘celebratory, irreverent collage of her extraordinary life,’ British director reveals

Helen Mirren won an Oscar for her portrayal of the sovereign in The Queen while Claire Foy and Olivia Colman both took home Golden Globe trophies for their portraits of Her Majesty in The Crown.

However, British director Roger Michell, who won awards for directing Julia Roberts and Hugh Grant in Notting Hill – and acclaim at the recent Venice Film Festival for The Duke starring Mirren and Jim Broadbent – has begun work on Elizabeth, what he termed a ‘celebratory, irreverent collage of her extraordinary life’, using archive footage to chronicle the 94-year-old monarch’s life.

‘It’s a truly cinematic mystery tour, up and down the decades; playful, poetic, funny, disobedient, ungovernable, affectionate, inappropriate and mischievous,’ he said. 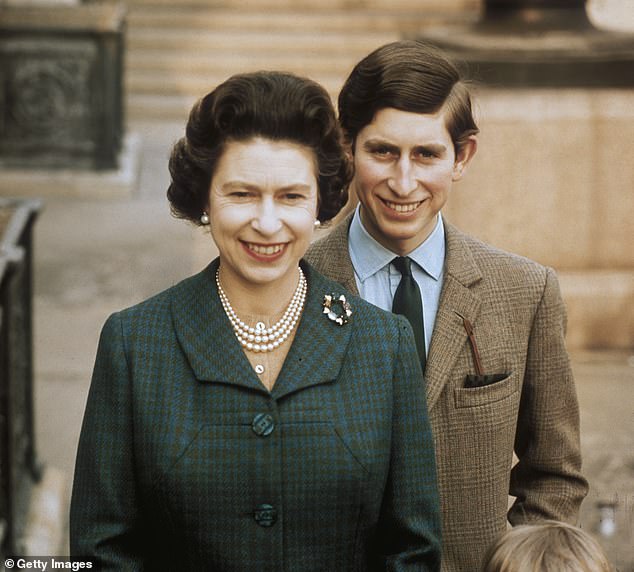 British director Roger Michell is appealing to the public to contribute footage of the Queen for a new film about her life. Pictured: Queen with Prince Charles at Windsor Castle in 1969 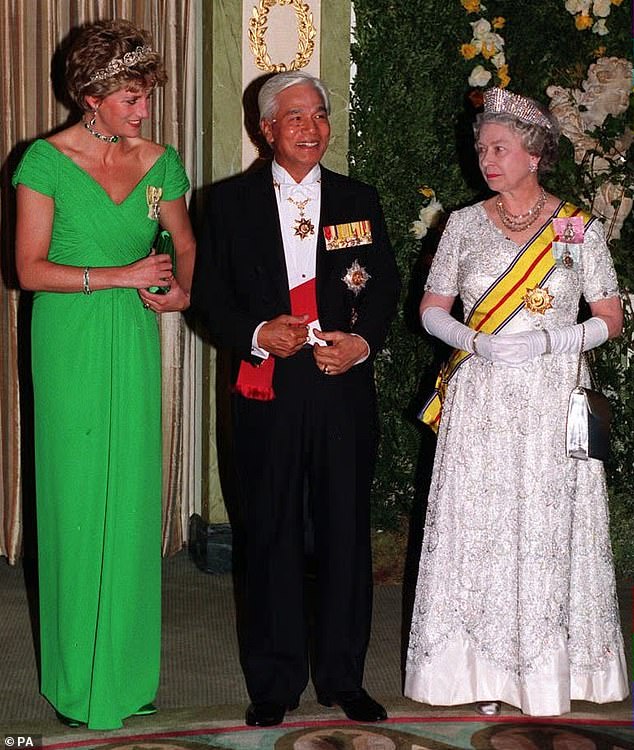 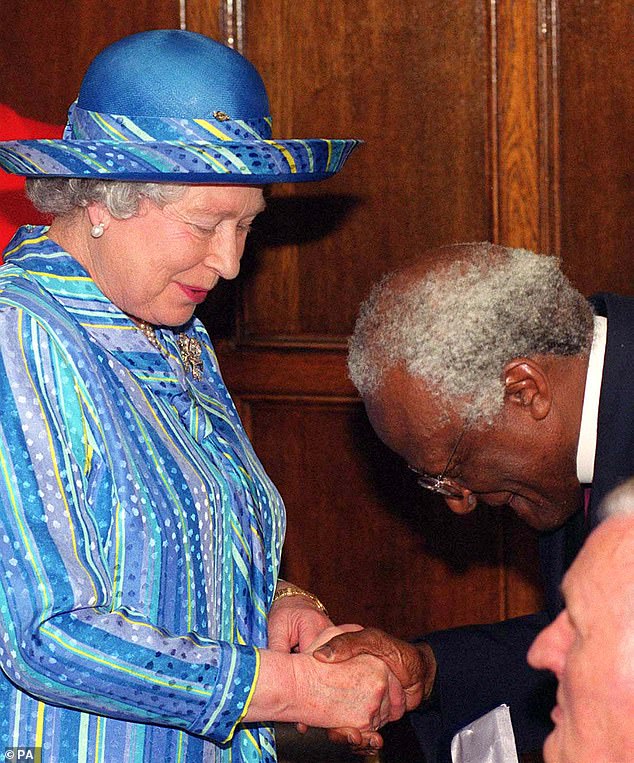 Michell explained that the film is looking to show the people’s view of the 94-year-old monarch. Pictured: The Queen and Archbishop Desmond Tutu in 1999

Michell with producer Kevin Loader, have signed top editor Joanna Crickmay and archivist Emily Thomas, who will spend the next six months with Michell poring over reels of film.

‘It’s a lovely thing to do for the next several months,’ said Michell, whose mini-series The Lost Honour of Christopher Jefferies garnered top prizes at the 2015 BAFTA TV Awards.

Michell said he welcomed help from the public as well.

‘We want to appeal for any footage that quote unquote “ordinary” people have of their Queen. Footage particularly on Super-8 cameras ; those forgotten reels of film in your loft with a bit of footage of the Queen as she came to open your local whatever it was,’ he told Mail Online today.

‘The people’s view of the Queen is what we’re looking for,’ said Michell. ‘She is, after all, the people’s Queen.’

Work on the Elizabeth documentary has already unearthed a treasure, Michell added.

‘It’s about 93 years old and it shows her dad (Prince Albert, the Duke of York before he took the throne as King George VI) bringing little baby Elizabeth out for the movie cameras. She’s a very young, sweet looking bundle. It feels as old as cinema – it’s not – but it’s fabulous.’ 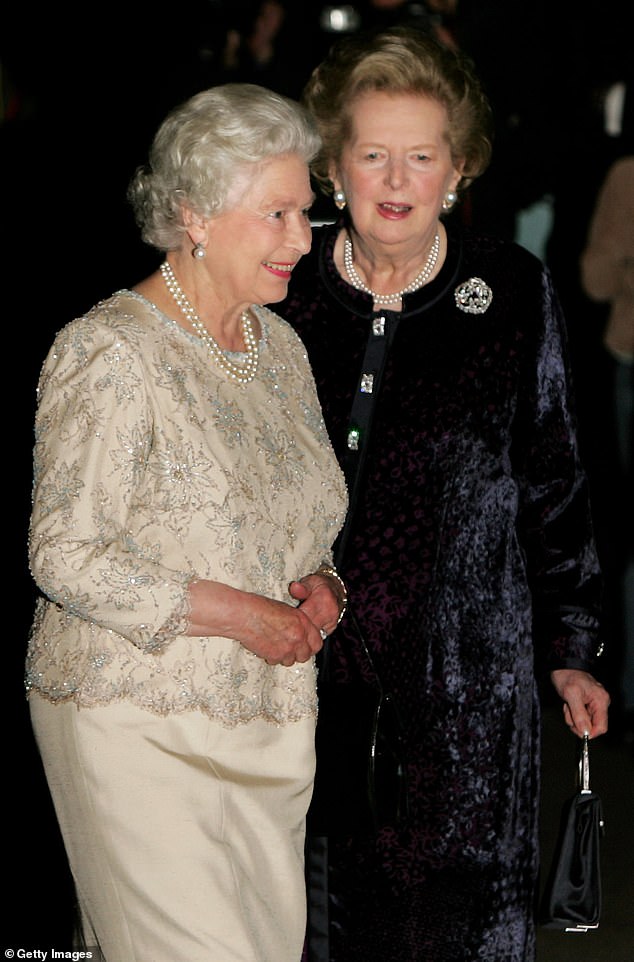 Michell said the Queen has done brilliantly in retaining a ‘special place’ for people to project their deep-seated feelings. Pictured: Former British Prime Minister Baroness Margaret Thatcher and the Queen in 2005

Michell continued: ‘She has been our constant. I think she’s drilled into our subconscious. I think we dream about her!

Warming to his theme, he added: ‘I think that her impact on our waking and dreaming moments is enormous, and very hard to over-estimate.’

But, he believed that the Queen’s successors – Prince Charles and then the Duke of Cambridge – would not enjoy the same level of respect and adulation, partly because of their gender.

‘I think it’s important that she’s a woman. Her successors won’t have the same impact on our collective consciousness, partly because they’re men, but it’s also partly because in some ways we’ve had too much access to them.

‘We know too many things about Prince Charles’s love life for us to ever really consider him totemic. Obviously, the whole royalty game is this balance between knowing just enough, but not too much.’ 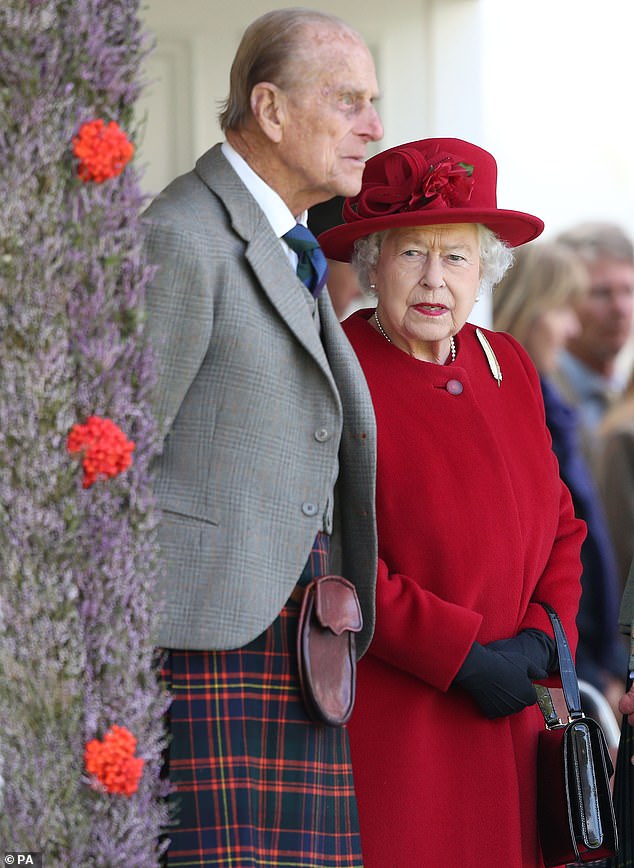 Producer Kevin Loader revealed composer George Fenton will be creating an original score for the film. Pictured: The Duke of Edinburgh and Queen Elizabeth II in 2017

Citing the Cambridge’s along with Prince Harry and the Duchess of Sussex, he said: ‘There’s far too much about all these people who all have great strengths but they don’t have that special space that you fill-in yourself, that the Queen allows you to do.

‘The Queen is a sort of Queen-shaped gap in a way, into which we can project so many of our deep-seated feelings,’ said Michell, while acknowledging that there have been ‘a few moments where she’s nearly tripped off the tightrope.’

‘She’s done brilliantly to retain that special place’ and says that he’s ‘moved by the enormity of the arc of her life’ and her sixty-eight year reign.

‘She’s like the world’s biggest movie star. How much do you reveal and how do you keep the sizzle n the steak,’ explained Michell, who admitted that while he’s not a monarchist, he nonetheless finds the Queen ‘absolutely phenomenal.’

The filmmaker said he’ll let the footage do the talking. 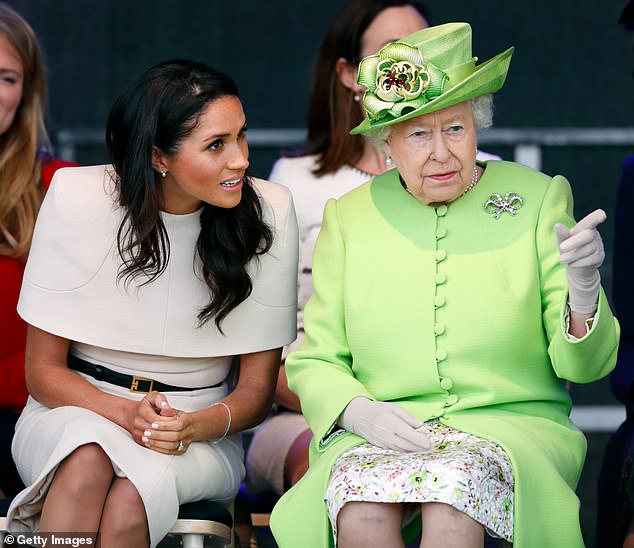 Michell said the Queen has been our constant and her impact on our waking and dreaming moments is enormous. Pictured: Duchess of Sussex and the Queen in 2018

‘There will be no talking heads and no pundits’, just the documentary footage.

Producer Kevin Loader said composer George Fenton has been signed to create an original score, adding ‘we’re going to punch the gears with a bit of pop music as well.’

Echoing what Michell observed earlier, Loader said that Elizabeth, due to be completed in time for the 2021 Autumn film festivals, will be ‘a totally playful tribute to this woman who is our collective Mother. It’s about her, not about the scandals.

‘Who is this woman? Every time you post a letter or buy a newspaper you’re handling her’, he remarked. ‘You don’t have to be a royalist to be amazed by her.’

Loader reiterated that ‘we want footage that we can get people to lend us.’

He asked that those with film of the Queen to share should contact him via: [email protected] 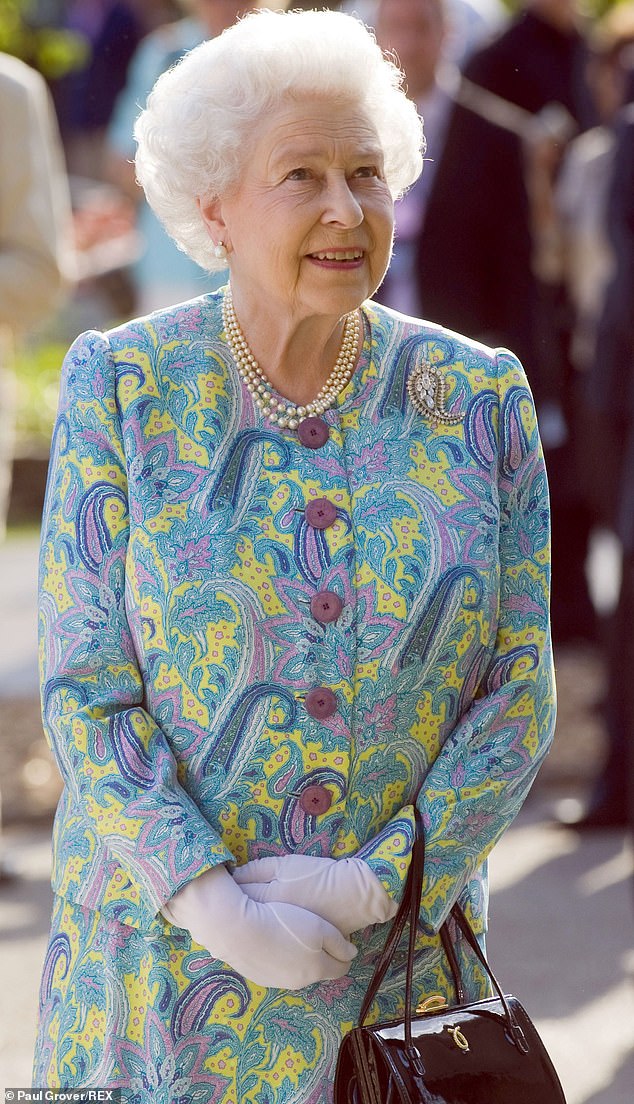 Producer Kevin Loader explained the film should be completed in time for the 2021 Autumn film festivals. Pictured: The Queen in 2010

Tags: herself, In, Play, Queen, THE, Will
Recent Posts
We and our partners use cookies on this site to improve our service, perform analytics, personalize advertising, measure advertising performance, and remember website preferences.Ok