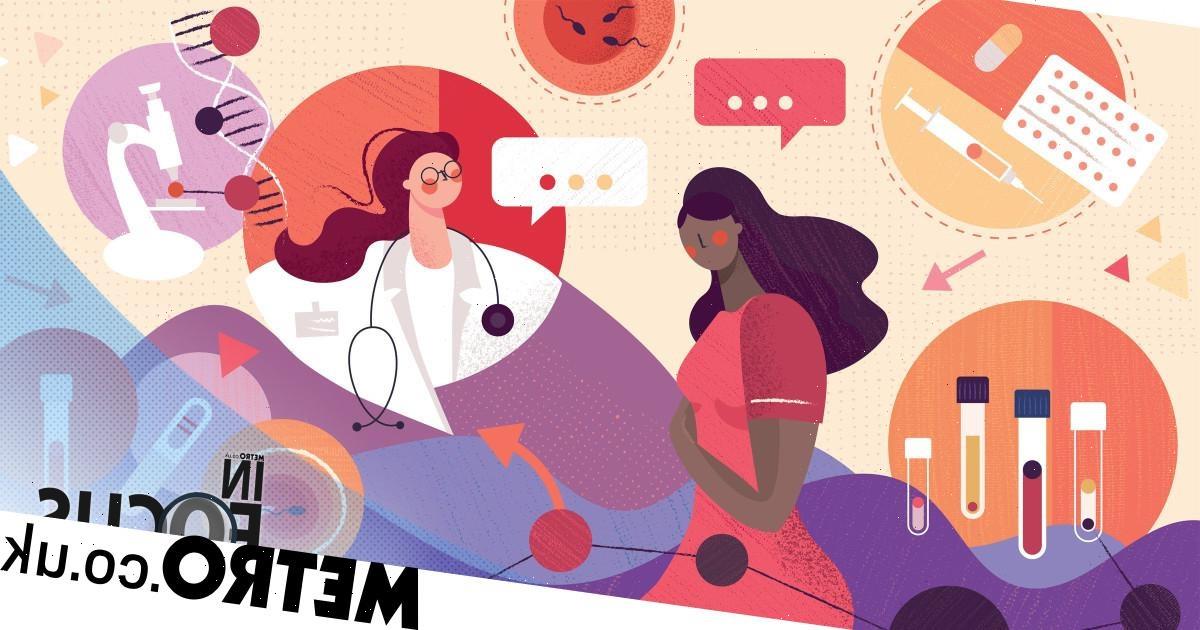 ‘The doctor’s demeanour was very off,’ says Emma Blake, recalling her first time sitting in front of the consultant at the fertility clinic.

‘She made no eye contact with me, and straightaway warned me that I’ll be waiting a long time due to the shortage of Black sperm donors.’

This was, remembers Emma, despite her not expressing any interest to use a Black donor.

‘She just based that on her own assumption,’ the teacher from the West Midlands says.

Always aware that she wanted children of her own, Emma had chosen to delay motherhood in her twenties to prioritise her career until she found the right person to start a family with.

‘However, owing to past relationships that hadn’t worked out, by the time I was 35, I was still single and yet to settle down,’ she explains. ‘I also suffer from polycystic ovary syndrome (PCOS) which can negatively impact fertility.’

Emma was among a growing number of women looking to safeguard their chances of parenthood through ‘social egg freezing’, a reference used when a patient chooses to protect their fertility due to lifestyle rather than medical reasons. 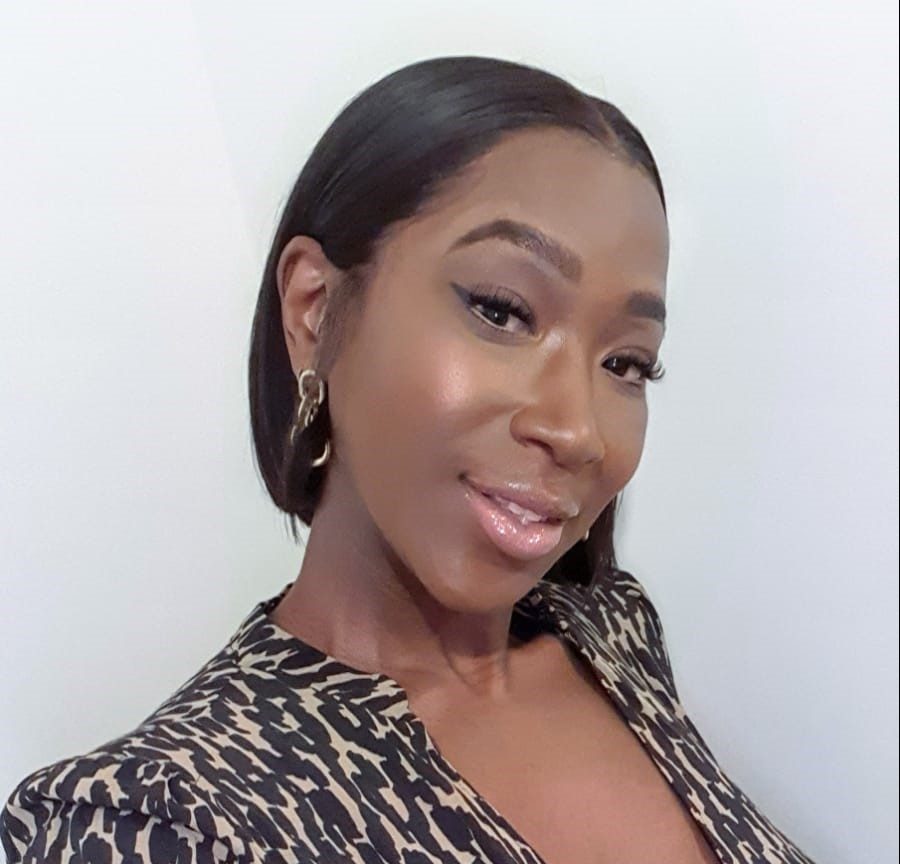 However, despite the process – which has to be paid for privately if done socially – often being peddled as some sort of security to women not yet in a position to conceive, the reality is that only 18% of patients using their own frozen eggs in IVF treatment go on to have a baby, according to the fertility regulator, the Human Fertilisation and Embryology Authority (HFEA).

Even more concerning, in a HFEA report released earlier this year, Black women are over 25 times less likely to access fertility treatment and have a 7% less chance of having a baby, compared to their white counterparts.

The findings also revealed that Black women struggle to access eggs and sperm donations from donors who are from a similar background.

However, these aren’t the only hurdles they face – many deeply rooted cultural and religious beliefs, including the ideology that Black women are hyper-fertile or that infertility is seen as a sign of failure, can also stand in the way of getting help.

‘There are many barriers which might delay Black women from seeking fertility treatment or advice,’ explains obstetrician and gynaecologist Dr Christine Ekechi.

‘I’m aware that some cultural beliefs are so entrenched they can stop women from seeking help and I know that some religions can also make people wary about IVF treatments –  from what happens to the leftover embryos to men who have been conditioned to not see fertility problems as a male issue and therefore laying the burden of responsibility on a woman.

‘However, the fact that someone comes to see me, means they have at least begun to navigate these obstacles.’

Dr Ekechi, who is also Co-Chair of the Race Equality Taskforce at the Royal College of Obstetricians & Gynaecologists, points out that while social egg freezing and IVF are two very different scenarios when it comes to fertility treatments, they do have one similarity.

‘Representation,’ she says. ‘It is more common to see white middle class women talking about both rather than Black women. When it comes to embryo freezing, the people who opt for this often tend to be better versed in their gynaecological health and more proactive in ensuring their fertility.

‘This could also be down to the postcode lottery and because white middle class families are more likely to be able to afford private treatment. It’s certainly homogenised.’

‘It also speaks to broader structural barriers, which is known as stratified reproduction – a concept that is applied to identify the way social and biological reproduction is unevenly distributed across populations,’ he explains.

Racism in clinical practice is also a significant barrier for Black women, according to Michiel. ‘Clinicians tend to deliver a service based on practitioner’s experiences, who are most likely to be white,’ he says. ‘As a result, it breeds insensitivity towards the racialised experiences in Black IVF patients.’

Dr Ekechi adds that when it comes to seeking help with fertility issues, Black women are also more likely to present later rather than sooner for fear of stigma. Another problem for many women is the lack of education around their own bodies and gynaecological health.

‘For example, Black women are more likely to suffer from fibroids, which is a condition that can affect fertility,’ she explains. ‘However, lack of knowledge surrounding fertility is something that all races, religions and genders need to address, not forgetting both sexes – it takes two to make a baby.

‘I see women being uncomfortable talking about their anatomy, but to tackle issues that may cause infertility we need to be more aware and more comfortable with ourselves. Endometriosis is also a huge problem, yet so many of us don’t have the vocabulary or confidence to talk about symptoms.’

To combat issues like this we need to educate people from a much earlier age, says Dr Ekechi . ‘At school, children need to be taught about their bodies in relation to fertility so they feel confident to tackle issues sooner rather than later.’

Emma recalls that it was during a private ‘Fertility MOT’ – a series of tests to find out whether her eggs would be suitable for freezing – that she was told she had a low ovarian reserve (egg supply).

She was warned not to delay her plans in having children due to an unexpected diagnosis.

‘To be honest, I was really surprised and grateful for their honesty,’ remembers Emma. ‘Especially as egg freezing often feels to be more of a money-making industry.’

However, she admits she wasn’t prepared for the journey ahead; the search for a suitable sperm donor to hopefully fertilise her eggs, and become pregnant.

‘It was at this point I realised that clinics play on women’s fears by marketing egg freezing as if it is a security blanket, when actually there are so many other eventualities that are rarely discussed.’

Rather than freeze her embryos for future use, Emma made the decision to go ahead with IVF sooner rather than later via the NHS.

It was during an initial appointment to discuss treatment that she experienced her encounter with a doctor about the lack of Black sperm donors, which Emma admits was an unnecessary stress added to her decision to go ahead with IVF on her own.

‘My single mum raised us well though’ she says. ‘So despite my slight reservations, and the negativity around being a single parent, I wasn’t completely put off by the prospect of becoming one myself.

‘However, after that first awkward experience with the clinic, I decided to self-fund my IVF sperm donor cycle, as I felt that I might receive a more personal service than through an over-stretched NHS clinic.’

Seven years ago Tamara Bugembe also looked into preserving her fertility and decided to have her eggs frozen. The experience left the paediatrician feeling the practice was in dire need of a serious image overhaul.

‘From what I saw on television and social media, I always had the impression that egg freezing was something only white people or older celebrities did,’ admits Tamara, 40.

For egg freezing cycles in particular, Black women between the ages of 35-39 accounted for 969 cycles only.

Recalling her appointment at the egg freezing clinic, Tamara describes the waiting room as very different to the portrayal of glamourous Instagram sponsored advertisements, showing cocktails and canape’s being served.

‘I just did the tests, underwent the procedure and was handed over information booklets to read at home,’ she remembers.

Being of Ugandan descent and raised by a family of devout Christians also had a huge impact in Tamara’s fertility journey, she says.

‘I made a tough decision to not tell them about freezing my eggs because in Christianity, faith is a very big deal,’ she admits. ‘I didn’t want them to deter me by telling me to have faith and wait on God.’

Instead, Tamara told her family about her decision on the day of egg collection – and was surprised to discover they were supportive of her decisions when she explained her reasons.

However, similarly to Emma, she experienced racial insensitivity during the process when she spoke with a member of staff about her reproductive choices, should she decide to have a family by using her frozen eggs in the future.

Whilst exploring all the options, the probability of facing difficulties in finding a black sperm donor was discussed.

‘I was told that if it becomes an issue, I should just look for Pakistani sperm,’ remembers Tamara.

Sadly, when it came to retrieving her eggs a few years later, despite spending £3500 on freezing 22 of them, not one was viable.

It was an incredibly disappointing outcome that left Tamara feeling that clinics need to be far more transparent about success rates before procedures. ‘They definitely should be sharing more detailed data to manage patient expectations,’ says Tamara.

Meanwhile, Emma, 37, is now a mum to a 10 month old son and is in the process of creating a podcast for Black women who aspire to follow a similar journey, but don’t know how to.

‘I could have become a mother much sooner if more positive and visible representations around solo motherhood were demonstrated,’ she explains. ‘I held back because I was so stuck on wanting a ‘nuclear’ family’.

Reverend Ermal Kirby is a member of the HFEA and says that #BlackLivesMatter in fertility treatment too.

Following the organisation’s findings earlier this year, he says that we should expect a closer monitoring of the authority’s own practices, as well as reports on the ways in which people from minority backgrounds are impacted by the providers of fertility services.

Meanwhile, the HFEA recently launched a Patient Engagement Forum made up of various stakeholders such as donors and patients, whose views and experiences will help to shape their work and the information they produce.

‘We hope this will encourage the sector to better understand the different barriers that might prevent Black fertility patients and their partners from accessing fertility treatment that is both safe and effective,’ explains Reverend Kirby. ‘And, in turn, more open conversations about fertility in Black communities.’ 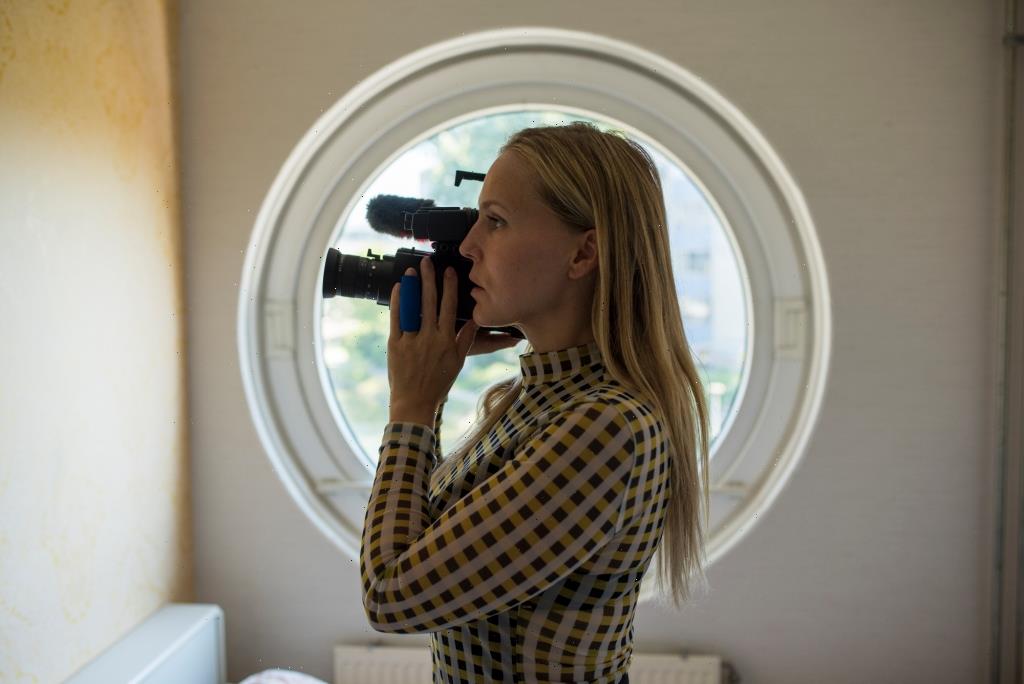 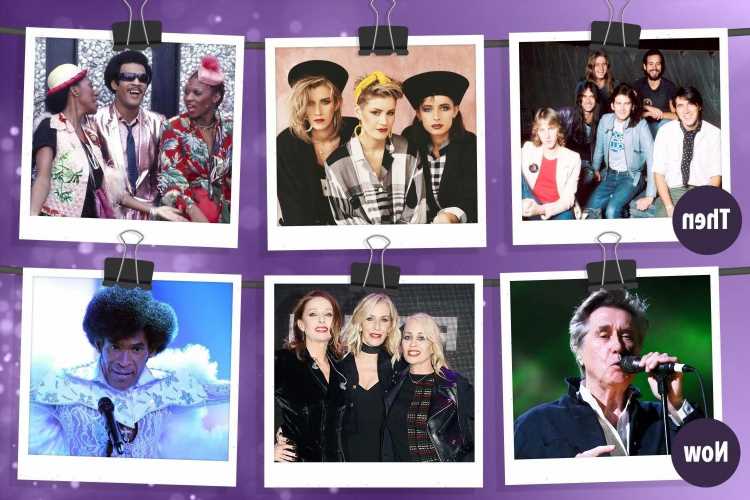 Next post As ABBA release new album Voyage and a tour, what are other 70s and 80s pop bands up to in 2021?
Related News
Lifestyle
Recent Posts