A woman’s TikTok video showing herself passing out in the street after having ingested a spiked drink has gone viral with its positive message.

The TikTok user, who goes by the name Solo Steph, wrote that two men bought drinks for her and her friend at a bar last year.

This trend is funny, but this issue is serious! ##fyp ##viral ##protecteachother

The video then switches to the clip, which she wrote was just five minutes later. It shows her slumped against a concrete road barrier and then slipping down to the ground, one hand holding a drink cup and the other under her head like a pillow.

Solo Steph added in the comments that the men followed her and her friend “for a solid 15 minutes outside” until she joined up with two of her male friends. 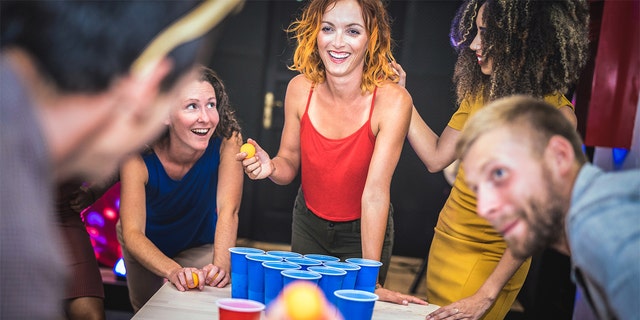 The video was part of a trend on the social media platform of users sharing reminders about how to keep yourself and friends safe at bars or parties.
(iStock)

“It was a scary experience,” she wrote.

The video was part of a trend on the social media platform of users sharing reminders about how to keep yourself and friends safe at bars or parties, as well as users sharing their own experiences. Many of the videos use the lyric “no way” from rapper Kendrick Lamar’s 2012 song “Money Trees” to provide an example of someone refusing to hand over a drink to a stranger.

That’s on woman looking out for eachother 💕💕 I will always protect your drinks with my life!! ##womansupportwoman ##dance ##protecteachother ##2020

The viral video has drawn thousands of comments.

Solo Steph, who Buzzfeed News identified as Stephanie Tavares, said the response to her video has been mostly supportive. However, there were also a lot of commenters who were victim-blaming her for taking the drink in the first place.

"Why [the f—] would you accept a drink from a stranger?" one person criticized.

Still, she said she believed it’s a positive trend because it’s bringing awareness to the issue of spiked drinks and guarding beverages against being spiked, Buzzfeed reported.

“I wanted to remind people that it’s not just a funny trend, that it’s an actual serious issue with dangerous consequences,” she told Buzzfeed.