A fear of public transport during the pandemic has driven up congestion on city roads and this may be exacerbated by the take-up of electric vehicles once people realise they’re cheaper to run than petrol cars.

But experts say the switch to electric does need to start soon to address Australia’s emission levels. 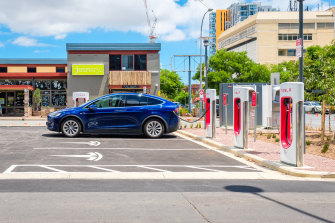 Experts say the transition to electric cars does need to happen but policymakers must consider the wider implications, such as congestion.Credit:iStock

As Liberal and Nationals politicians debate how the nation should work towards net zero emissions by 2050, a report from the Grattan Institute recommends putting a cap on the number of emissions new cars sold in Australia are allowed to put out. This could be ratcheted down to zero over time, meaning hybrids and newer technology petrol cars could still be sold as the transition to entirely electric transport takes place.

Transport accounts for 17.5 per cent of Australia’s emissions, with more than half of that coming from light vehicles.

Grattan’s transport and cities program director Marion Terrill said it was important governments helped push the transition to electric for environmental reasons, but they must also consider the wider implications.

“It’s a transition that takes time,” she said. “And it doesn’t have to happen overnight. It just has to get started overnight.”

The federal government believes consumer demand rather than regulation should drive electric vehicle uptake. It warns putting an emissions ceiling on imports could increase the cost of new vehicles.

“We’ll continue to invest in fleets and infrastructure to support those Australians who want to drive an EV. What we won’t do is force Australian motorists out of the car they want to drive through bans, taxation or restricting choice through imports,” Emissions Reduction Minister Angus Taylor said.

The government is set to release its future fuel strategy within the next fortnight.

Ms Terrill cautioned that although the environmental and health benefits of EVs were evident, “they don’t solve everything” and could make congestion in cities worse.

A worldwide trend during the pandemic has been that people are more likely to drive their cars than take public transport out of fear of contagion.

“As people decide how they’re going to handle transportation in this new normal, they are turning to cars with a surge in not just electric vehicle but second-hand sales as well,” he said.

“All this is a perfect storm for decision-makers and means genuine policy and structural reform is needed.”

Ms Terrill said if governments didn’t act to encourage commuters back onto buses, trains and trams, this could be compounded once people realise driving electric is cheaper.

While under existing policies it could take more than a decade for an electric car owner to reap the benefits, the Grattan report estimates EV drivers could save $900 over the first five years if an emissions cap was implemented.

“All those marginal decisions, like whether to take the train or the bus, or if you’re in a hurry, or it’s going to rain or you’ve got packages to carry, all of those types of things. If it’s a bit cheaper, sometimes you’ll err on the side of driving,” Ms Terrill said.

“It’s important not to get carried away with how great EV’s are [although] they’re better than what we have now.”

The report says congestion charges are the “most direct and effective way to manage demand for driving” although she acknowledges they are politically controversial.

But international experience, such as in Stockholm, has shown that although people hate the idea of the new charges, once they’re in place drivers realise their benefits including fewer cars on the road.

“We haven’t led the way but if you don’t lead the way, you do get the advantage of seeing how it went somewhere else,” Ms Terrill said.

Mr Bradley said in the first instance, the full amount collected in fuel excise – more than $13 billion a year – should be spent on road networks. But he said over the long-term, there would have to be reform of motoring taxes. 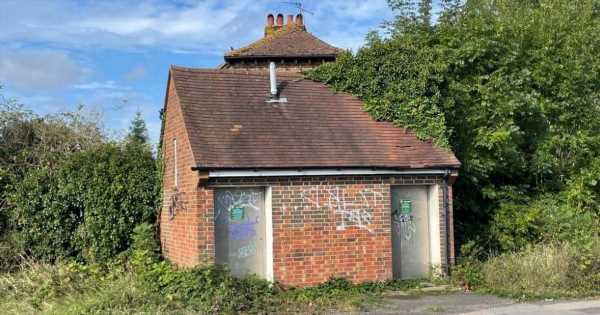 Previous post Toilet block property with no bedrooms listed for £50,000 in online auction 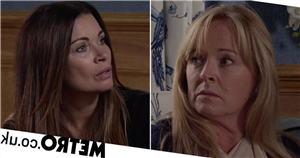