As this US crime series opens, Philadelphia homicide detective Lilly Rush (Kathryn Morris) is poised to probe a triple murder at a diner. But, responding to the entreaty of an elderly woman, the former maid to a wealthy family, she reopens the investigation into an unsolved murder of a teenage girl years earlier. And so begins Detective Rush's crusade to solve cold cases and her conviction that "people shouldn't be forgotten…they should get justice too". 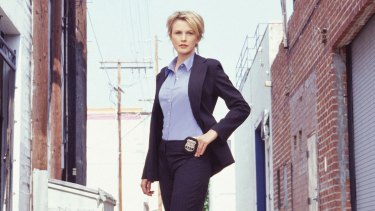 Made by Jerry Bruckheimer's company, which earlier this century was busy pumping out slick crime series – including Without a Trace and various versions of CSI – Cold Case ran for seven seasons (2003-2010). Created by Meredith Stiehm, designed with a cold blue-grey colour palette and set in a gritty-looking Philly, the series is distinguished by its episode finales. They generally feature a soaring rock ballad, along with shots of the killer being apprehended while the victim of the finally solved crime looks on, in an ethereal, and often moving, nod to justice ultimately being served.

Tags: Januar, On, Saturday, tv, What's
Recent Posts
We and our partners use cookies on this site to improve our service, perform analytics, personalize advertising, measure advertising performance, and remember website preferences.Ok