The wildcat is on the brink of extinction with less than 300 thought to be remaining in the Scottish Highlands. Wildlife charity, Wildwood Trust, announced yesterday it was hoping to save the species by building breeding facilities in England.

Laura Gardner, Wildwood Trust’s Director of Conservation, said: “Our goal is to return a viable and self-sustaining wildcat population to its former range.

“As a leading British wildlife conservation charity, we have developed years of experience and expertise in breeding wildcats in support of the existing Scottish conservation project.

“We are now excited to be utilising these skills to benefit wildcat recovery more broadly across Britain.” 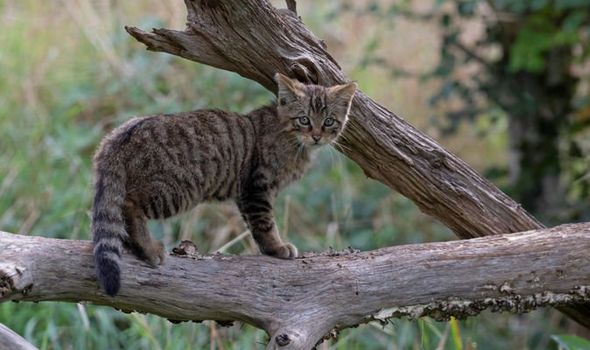 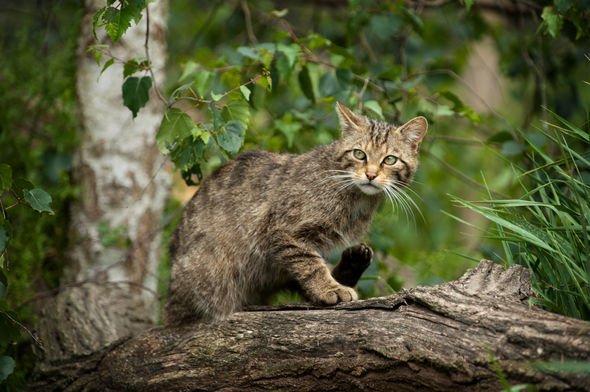 Each facility will hold a pair of breeding cats, who usually mate between January and March, before their litters, born in April or May, are later released into the wild.

Experts from the University of Exeter are currently researching suitable locations for reintroduction. Any noise or disturbance can cause stress for kittens so their homes must be out-of-sight.

The Trust needs £50,000 to complete the build and has launched an appeal to raise vital funds from public donations. 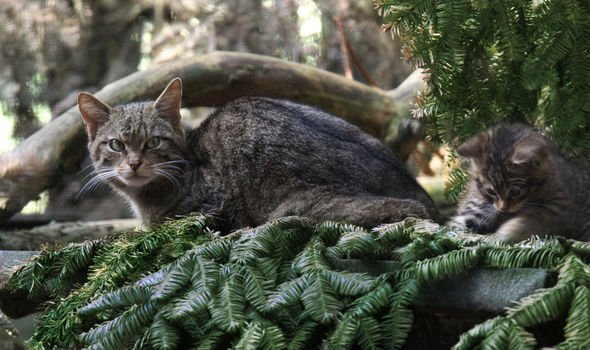 Ms Gardner added: “This will be a long term commitment for Wildwood requiring increased resources and infrastructure so we are relying on the public’s support to help.”

Wildcats are not a threat to humans or other animals. They prefer to avoid confrontation and, just like domestic cats, will protect their territories and young.

They perform important functions like controlling prey such as rabbits and rodents while giving other hunters competition for food.

Habitat loss, persecution and breeding with domestic and feral cats has left wildcats on the brink of extinction. They were hunted to extinction in England and Wales more than a century ago when all predators were considered vermin.