Woman, 26, who’s regularly left black and blue after falling during epileptic seizures says strangers assume she’s has been in a fight and even accuse her boyfriend of hurting her

A young woman who is often left ‘black and blue’ after an epileptic fit says strangers often assume she’s a trouble maker.

Abbie Bryson, 26, from Fife, Scotland, is often faced with rude comments from the public who assume she has been beaten up.

She can often be seen with black eyes and cuts due to the falls she sustains while having a seizure, and is sharing her story to raise awareness of epilepsy injuries in a bid to prevent judgemental stares. 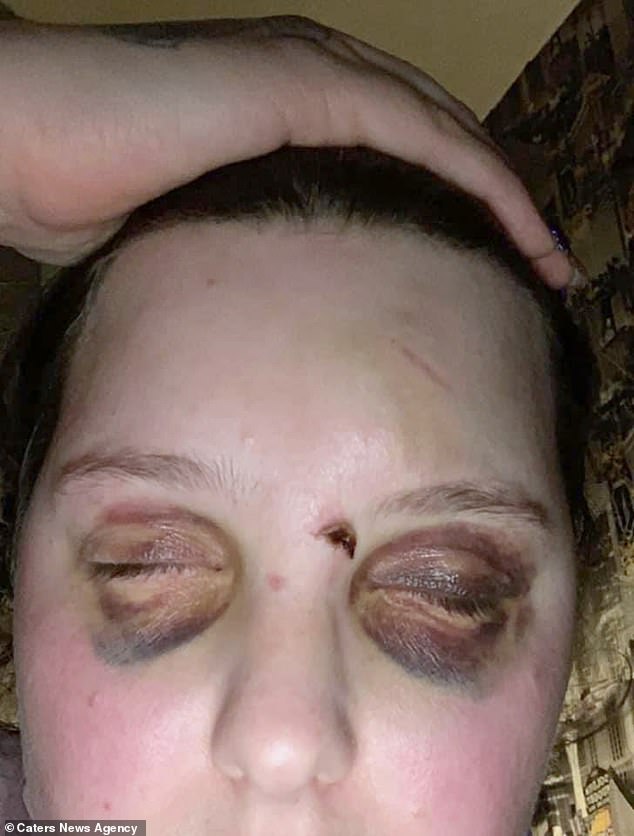 Abbie Bryson, 26, from Fife, Scotland, has epilepsy and is often left with painful black eyes and cuts on her face (pictured) when she collapses – with strangers often accusing her of being a trouble maker 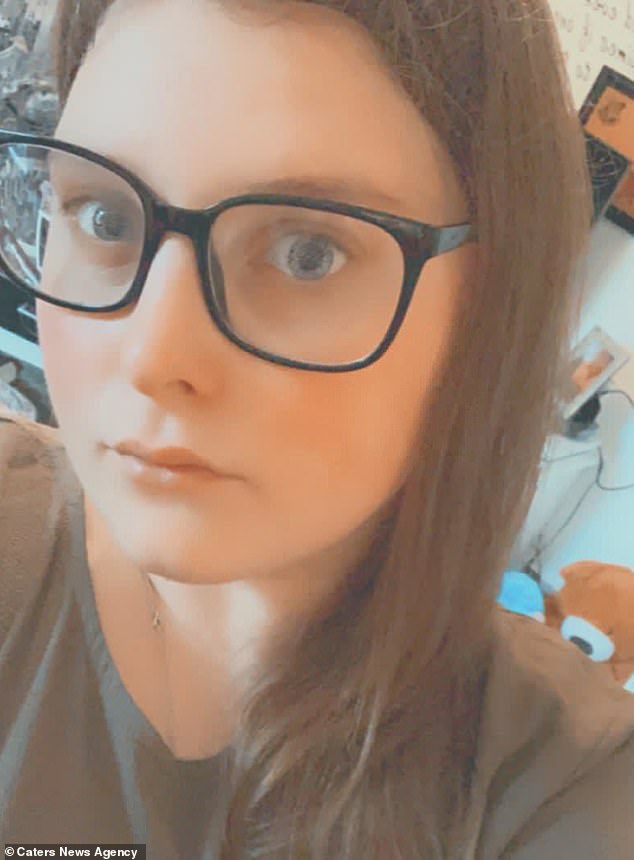 Abbie, pictured without injuries, has decided to share her story and experiences in a bid to raise awareness of the effects of epilepsy, such as facial injuries, and prevent judgmental stares

Abbie said: ‘People often assume I have been in a fight which couldn’t be any further from the truth.

‘I try to avoid going out when I’ve got a black eye but it happens so often, I don’t have a choice.

Epilepsy is a condition that affects the brain and leaves patients at risk of seizures.

Around one in 100 people in the UK have epilepsy, Epilepsy Action statistics reveal.

And in the US, 1.2 per cent of the population have the condition, according to the Centers for Disease Control and Prevention.

Anyone can have a seizure, which does not automatically mean they have epilepsy.

Usually more than one episode is required before a diagnosis.

Seizures occur when there is a sudden burst of electrical activity in the brain, which causes a disruption to the way it works.

Some seizures cause people to remain alert and aware of their surroundings, while others make people lose consciousness.

Some also make patients experience unusual sensations, feelings or movement, or go stiff and fall to the floor where they jerk.

Epilepsy can be brought on at any age by a stroke, brain infection, head injury or problems at birth that lead to lack of oxygen.

But in more than half of cases, a cause is never found.

Anti-epileptic drugs do not cure the condition but help to stop or reduce seizures.

If these do not work, brain surgery can be effective.

‘Everyone stares and whispers – I’ve heard people say “Someone had their a** kicked”.

‘It is so hurtful because I am not a trouble maker and the bruises and cuts are beyond my control.

‘I don’t get a warning prior to a seizure which can occur up to three times a day. I haven’t got the opportunity to move to a safe place.

‘It just happens and I often wake up with a new bruise, cut and even carpet burn on my face.’

In September, Abbie fell onto a metal doorframe and whacked her head several times on the floor before being taken to the hospital.

She said: ‘I was walking into my house and I fell to the floor at the entrance. My head hit off the metal doorframe.

Abbies mother, Lesley Thomson, 58, who is her carer, was so worried so she took her to hospital.

‘I woke up in the car and I was violently sick. I was diagnosed with concussion as I hit my head so hard,’ she recalled.

‘Looking in the mirror was horrible after as I had a huge egg on my forehead and bruises.

‘I really didn’t want to go out in public as it looked terrible.

‘Thankfully, I didn’t go out with my partner as I dread to think what people would say or think.

‘I rarely correct people when they make a comment as I suffer with anxiety but I would if they ever falsely accused my boyfriend Alan Snaddon, 32.’ 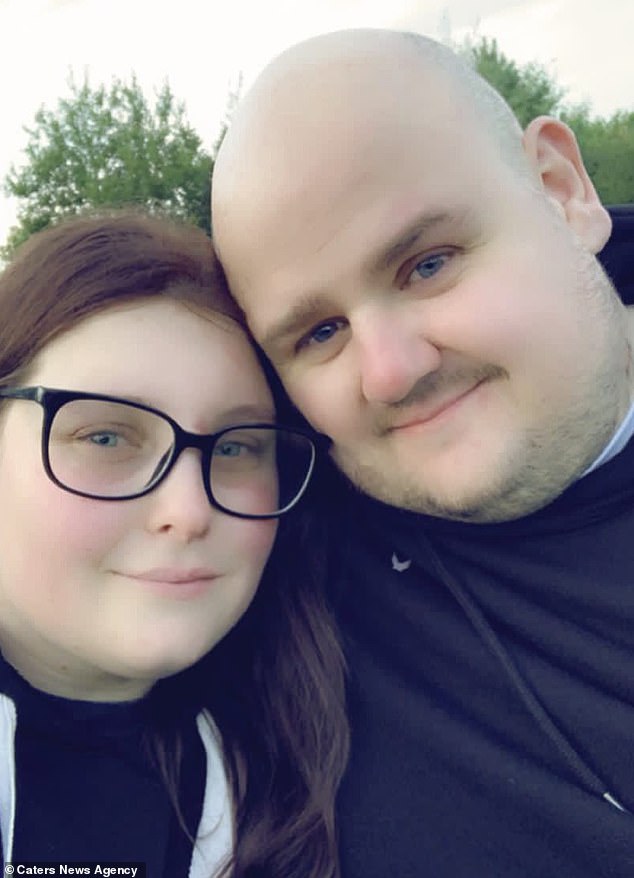 Even Abbie’s boyfriend Alan Snaddon, 32,(pictured together) has come under fire from people who accuse him of hitting his partner, and she says she often dreads to think what people are thinking if they see her injuries when she is with him 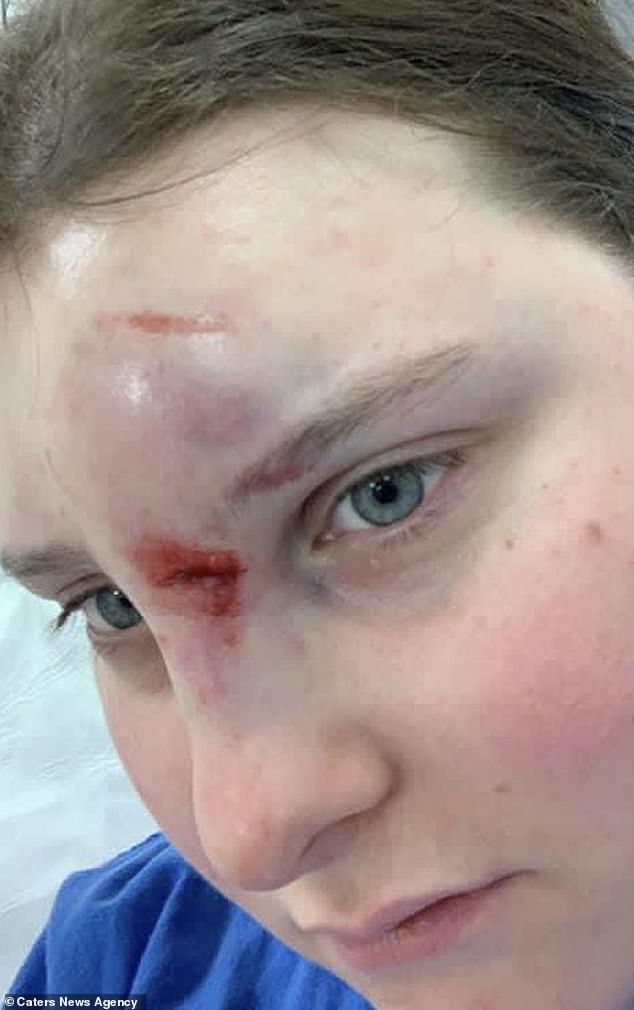 In September, Abbie fell onto a metal doorframe and whacked her head several times on the floor before being taken to the hospital. Pictured: Abbie with some injuries on her face from her fits

Abbie has woke from a seizure in public to find people crowding around her who she claims are not there to help.

She said: ‘I wish I wasn’t judged so much, it isn’t my fault. I’ve had a seizure in the middle of town and woke up to find people staring at me.

‘They are often just there to see what is going on. It would be nice if there were people who weren’t judgemental and genuinely care.’

Abbie is unable to work due to the severity of her condition and says every day is a battle – with epilepsy often overlooked by people.

She said: ‘There are people in the world that are worse off than me but it doesn’t mean I’m not struggling. 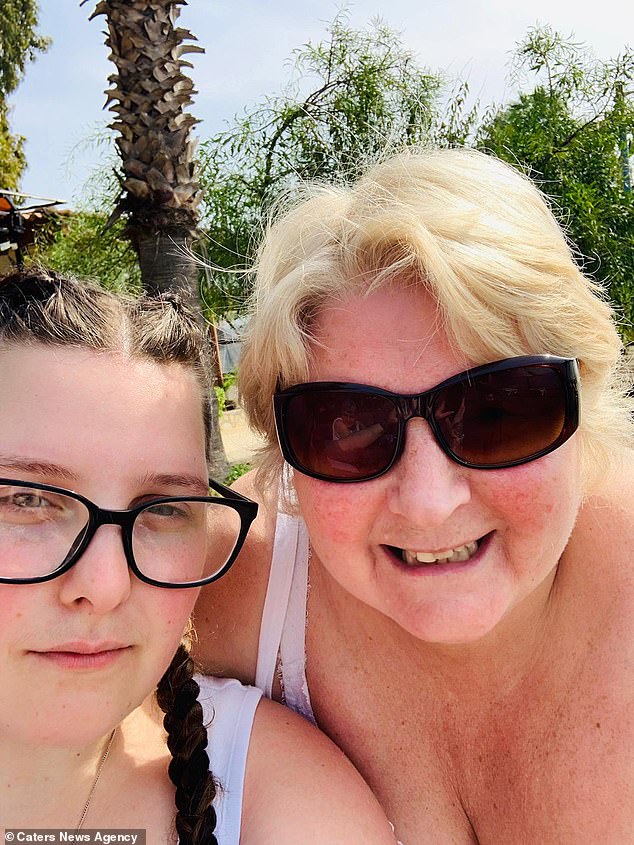 Abbie’s mother Lesley Thomson, 58, (pictured together) is her daughters’s carer, took Abbie to hospital when she hit her head on the metal frame

‘Some days are harder than others but people assume everyone with epilepsy can take some tablets and lead a normal life.

‘But I am drug resistant meaning my epilepsy can’t be controlled by medication.

‘I think people don’t even register how difficult it is to live with epilepsy – I have to rely on others to help with day to day life.

‘I don’t just get up after a seizure and continue with life – I often have injuries and can’t remember what has happened.

‘So next time, you see someone with a bruise, I hope you think twice before judging because it doesn’t always mean they’ve been hit.’

Tags: 26, and, Black, Blue, left, Woman
Recent Posts
We and our partners use cookies on this site to improve our service, perform analytics, personalize advertising, measure advertising performance, and remember website preferences.Ok