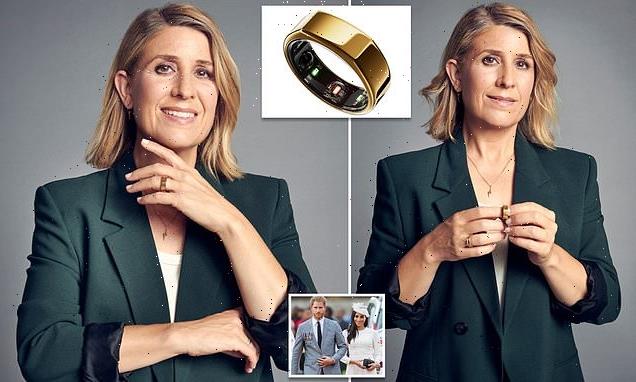 Would YOU wear a ring that tells you to go to bed? As Gucci launches a new £760 fitness tracker, we put the bossy budget version to the test

Gucci has launched its latest must-have a­ccessory. Is it a belt? Is it a loafer? Nope. Those distinctive interlocking gold Gs are now gracing… a health tracker.

But this isn’t just any old health tracker, this is an Oura health tracker — the chic, sleek smart ring worn by high-rolling wellbeing warriors. It passes as a piece of jewellery but tells you everything you want to know (and some things you’d rather not know) about your health, fitness and sleep patterns. And it’s yours for just £760.

Even before the Gucci collaboration, the Oura sat at the luxe end of the health tracker market, with prices from £239. Launched in Finland, with offices in California, it has sold 1million rings since 2015. Gwyneth Paltrow was an early adopter — of course she was — and flogs them on her Goop website.

Kim Kardashian once boasted about her Oura sleep score on Instagram — after a solid eight hours of shut-eye, she’d got a rating of 93/100. 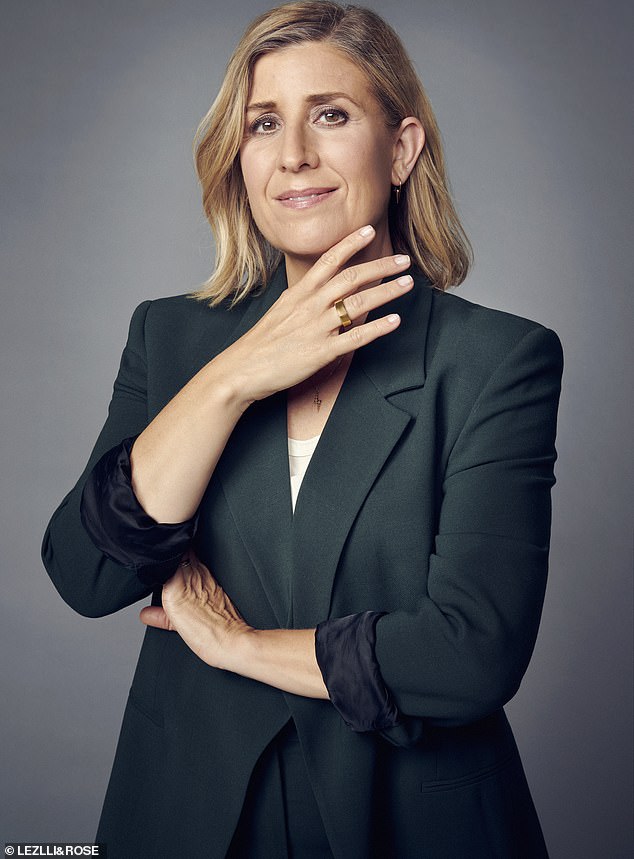 To score that highly, you need not only quantity but quality — the perfect blend of light, deep and REM sleep cycles, to fall asleep quickly (but not too quickly, as that means you’re overtired) and for your resting heart rate to be optimal. All of which is logged by the magical ring.

Gwyneth was furious. ‘OK, what??’ she replied. ‘I thought I was killing it at this Oura ring game. I guess not.’

Prince Harry and Jennifer Aniston are also devotees, while Will Smith has invested in the company.

I first set eyes on an Oura over lunch with Matt Rogan, sports industry insider and the fittest person I know. We were writing a book together about the future of sport and health, called All To Play For, and chatting about wearable tech. 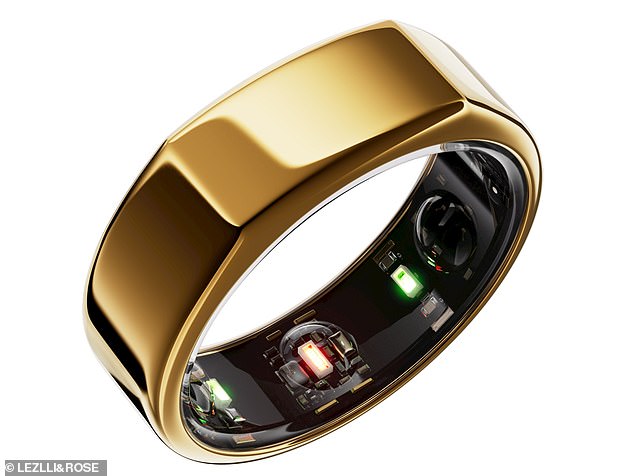 It passes as a piece of jewellery but tells you everything you want to know (and some things you’d rather not know) about your health, fitness and sleep patterns

At first I thought he was handing over his wedding ring, which seemed weird. But when I looked closely at the chunky titanium band he’d placed in my palm, I could see tiny jewel-like sensors, gleaming green, studded along the underside.

These sensors measure your body temperature, resting heart rate, heart rate variability, respiratory rate and sleep quantity and quality. This data is crunched to give you three daily scores out of 100 — rating your readiness (to face the day), activity levels and sleep — along with a plethora of p­ersonalised advice to keep your health on track.

This 6g sliver of metal had, said Matt, changed his life. ‘It’s helped me tune in more fully to what my body is trying to tell me. It warns me when I’m going to get a cold a few days before it hits, by analysing my body’s temperature changes and sleep patterns.

‘I then adjust my behaviour — early nights, upping my vitamin C intake. It helps me to avoid or lessen the symptoms of two or three illnesses a year.’

Intrigued, I joined the fellowship of the Oura ring. First I am sent a sizing kit, then the ring is shipped from the U.S. I plump for the gold titanium option at £320. It is chunky (a more feminine design wouldn’t go amiss), but still more discreet than the traditional watch tracker, which tends to be an outfit killer.

I download the Oura app to my phone and sync it with the ring.

Oura says you don’t need to take it off except to charge the battery (it lasts a full week). It also claims its heart rate r­eadings are more accurate than other trackers because on your finger it’s closer to an artery than, say, a watch on the outside of your wrist.

Oura’s focus is on sleep and recovery. I tend to charge through life at 100mph and have almost zero free time once work, looking after my two young children and running the house is nailed. Sleep is often an optional extra and if I do chance upon a rare free hour, I’ll likely go for a 10km run so I can tick exercise off the to-do list. 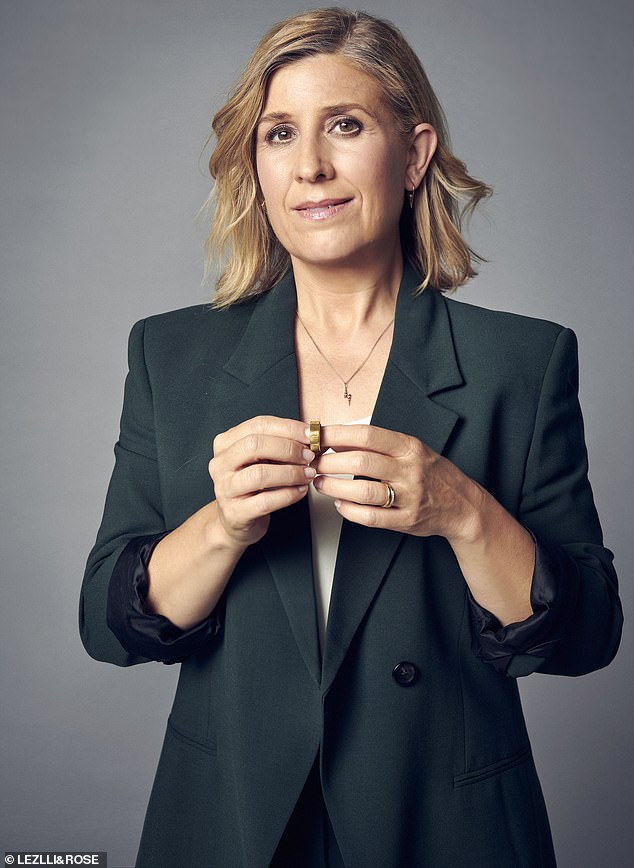 But after testing the ring for four months, I’m being noticeably kinder to myself. ‘Take it slow,’ Oura urges via the app, or, ‘Try taking it easier today.’ And I pay heed.

I used to fall over a worrying amount while running, a result of pushing myself too far when I was tired. I’d trudge along, lose concentration and trip.

Since wearing the Oura, though, this hasn’t happened. Ditto falling ill. It offers a personalised, suggested bed time (currently between 9.30pm and 10.30pm), gently chiding me into hitting the sack earlier and not becoming engrossed in a book until at least 11.30pm.

It can also tell when I’ve been drinking, which is spooky, but has made me far more aware of the impact even one glass of wine has on my sleep.

‘Something keep you up last night?’ it will inquire, noting that my heart rate was elevated into the early hours, meaning less good-quality sleep. Um, that’ll be the Chablis.

The Oura is well intentioned but it can be a bit annoying.

‘Bedtime is approaching, time to unwind,’ it trills, when I’ve not yet left the office and have a million things still to do. I guess if you’re a Silicon Valley tech bro, you can just down tools and climb into your personal nap pod.

If Oura was a person, it’d be a wholesome Californian wearing gym gear, lunge-walking alongside me. But maybe I shouldn’t be sulkily anthropomorphising a small metal band. 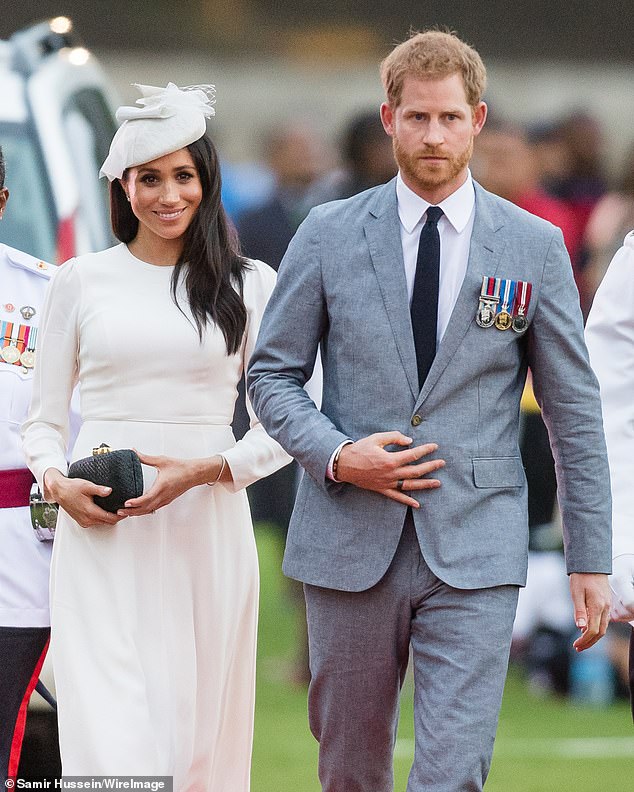 Prince Harry (pictured wearing the ring) and Jennifer Aniston are also devotees, while Will Smith has invested in the company

‘It’s just the ring doing its job,’ shrugs Matt, a more rational sort, when I complain about its nudges.

I sometimes feel both overwhelmed and wrongfooted by Oura’s endless data. While it is kind of fun/horrifying to see my heart rate spike just before my weekly Tuesday morning meeting with my boss, I’m not sure what to do with that i­nformation, when I clock it back home that evening.

And some days, I wake up feeling fine but my ring tells another story. When I’ve had only four hours and 53 minutes of sleep, I’d rather not know.

‘Having lots of health data should be great, but there can be a tendency to become overly reliant on it, and even dependent to the point where it influences mood,’ says James Davis, a psychologist who runs health coaching programme The Midlife Mentors. 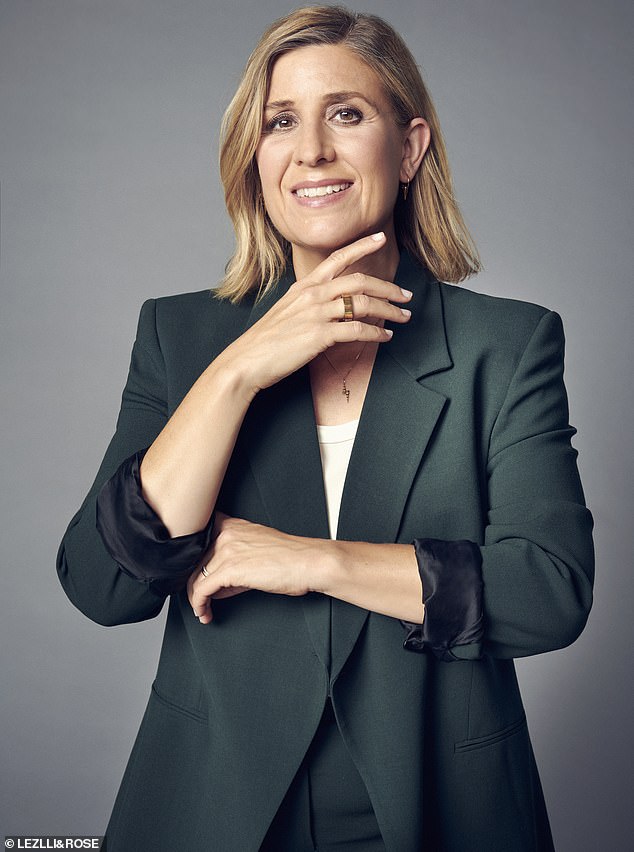 Women, who account for 40 per cent of sales, are increasingly presenting data from their ring to their doctor

James stopped wearing his health tracker when his wife pointed out that the first thing he did each day was check his sleep data, rather than check in with himself about how he actually felt.

‘You want to make sure you’re the boss of the device rather than it being the boss of you,’ he says. Niggles aside, the Oura is a seriously impressive piece of kit and will not be coming off my finger any time soon. Its period tracker is the best in the business, using body temperature readings to track your cycle.

Women, who account for 40 per cent of sales, are increasingly presenting data from their ring to their doctor, says Caroline Kryder, the firm’s product marketing manager and women’s health lead.

‘For women entering menopause, it’s helpful for them to see if their temperature is becoming more erratic, their cycle is degrading, their sleep is changing. You can say to your doctor: “I can show you all this data; I’m in touch with my body and I’m telling you something is off, so help me.” ’

Matt, meanwhile, is recovering from a nasty bout of Covid and says that watching his Oura data is preventing him from ‘falling into an even deeper Long Covid hole’.

While these devices are still the preserve of the wealthy and/or health-obsessed, as more come on to the market, the prices will drop. In future, we could even see something similar available on the NHS.

‘If something like the Oura could be supplied at cost for less than, say, a three-month batch of diabetes drugs, then it becomes a serious option,’ Matt says. My guess, though, is you won’t be able to get the Gucci one on prescription. 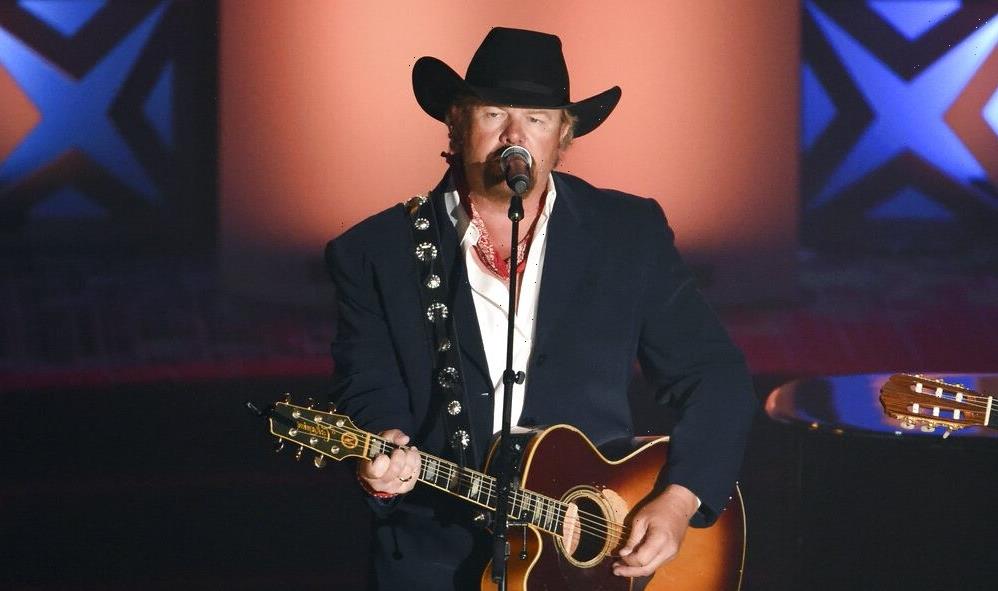 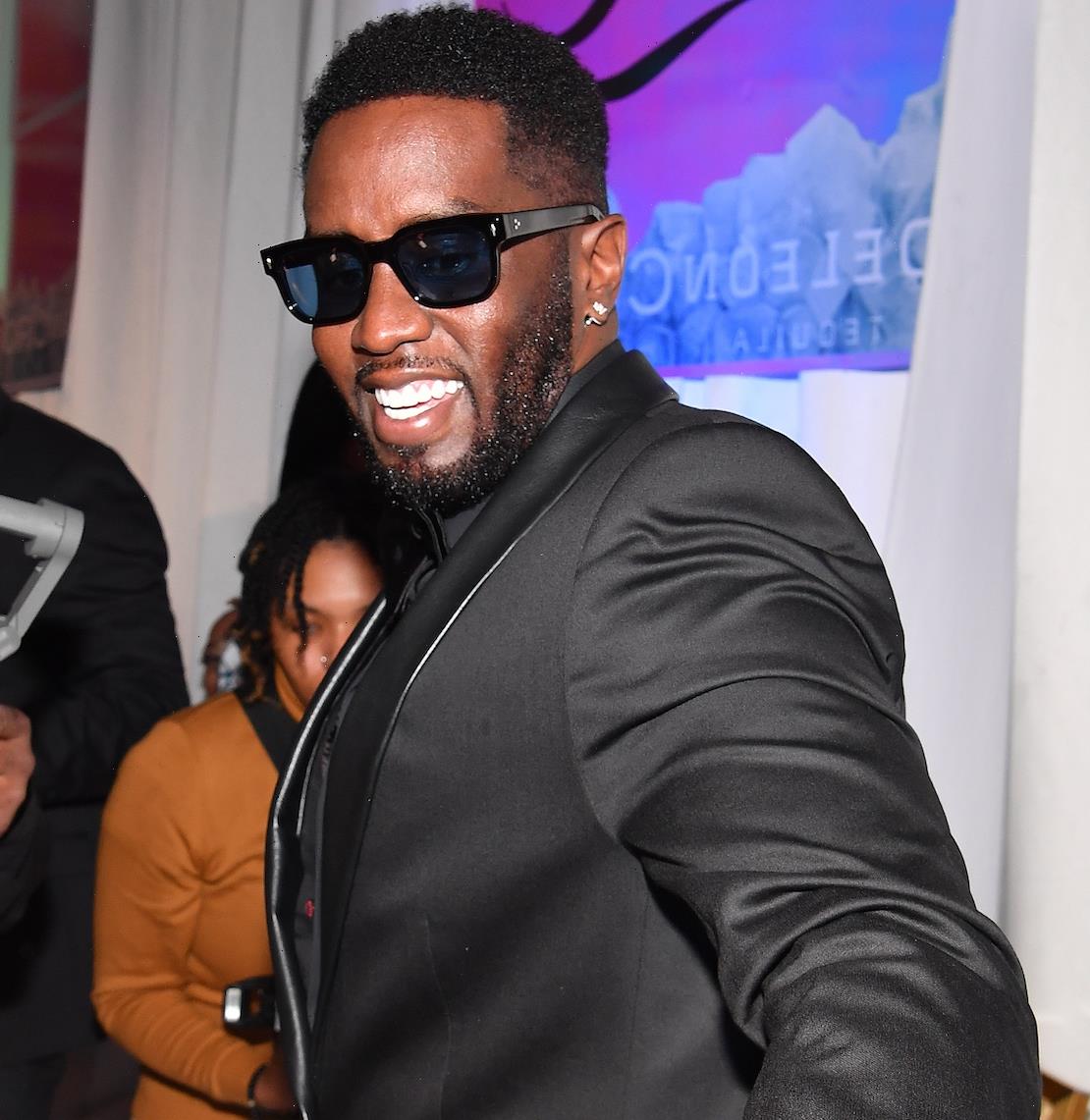