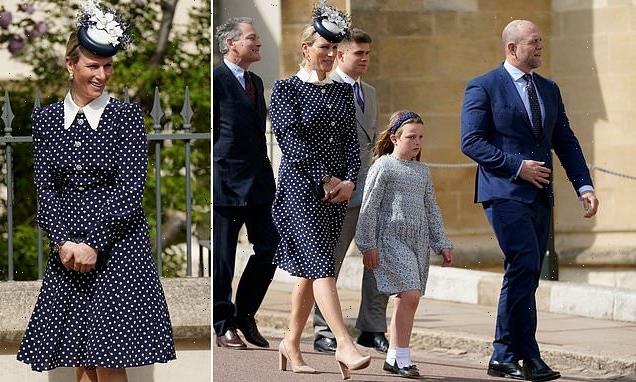 Princess Anne’s daughter, 40, appeared to have taken inspiration from the Duchess of Cambridge, as she arrived for the seasonal service wearing a navy polka dot dress from LK Bennett, similar to the signature Alessandra Rich dress Kate previously wore to visit Bletchley Park in 2019.

Zara teamed the £350 statement dress with nude heels and a striking pillbox-style headpiece, while schoolgirl Mia looked pretty in a blue ditsy floral dress. The couple left their youngest children, Lucas, one, and Lena, three, at home.

The Cambridges led the senior royals for the Easter service, while the Queen was unable to attend because of ongoing mobility issues.

The Prince of Wales and Duchess of Cornwall, who represented the Queen at Thursday’s Royal Maundy service at the same chapel, also chose not to attend the Easter Sunday service, which is a staple in the royal calendar. 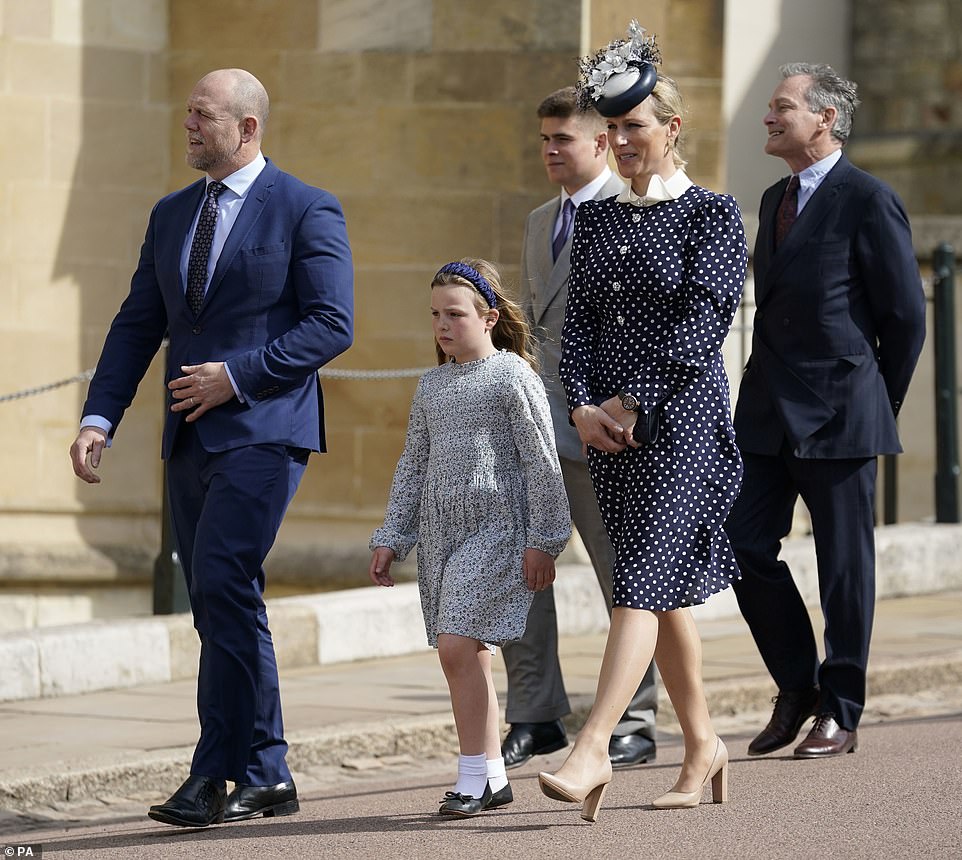 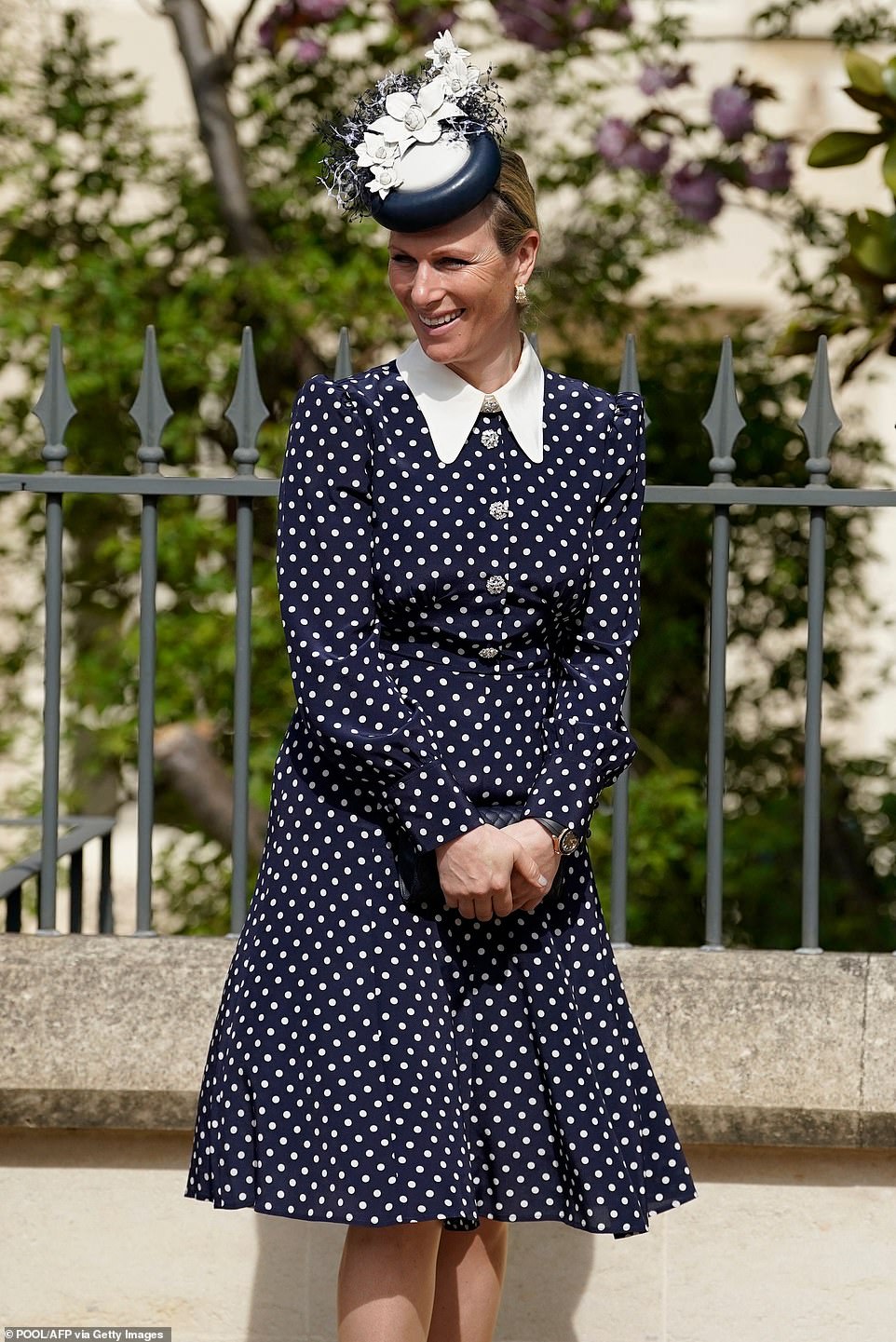 Zara looked elegant in a navy polka dot dress from LK Bennett, which she paired with a striking pillbox hat with floral trim a and black clutch bag for the seasonal service 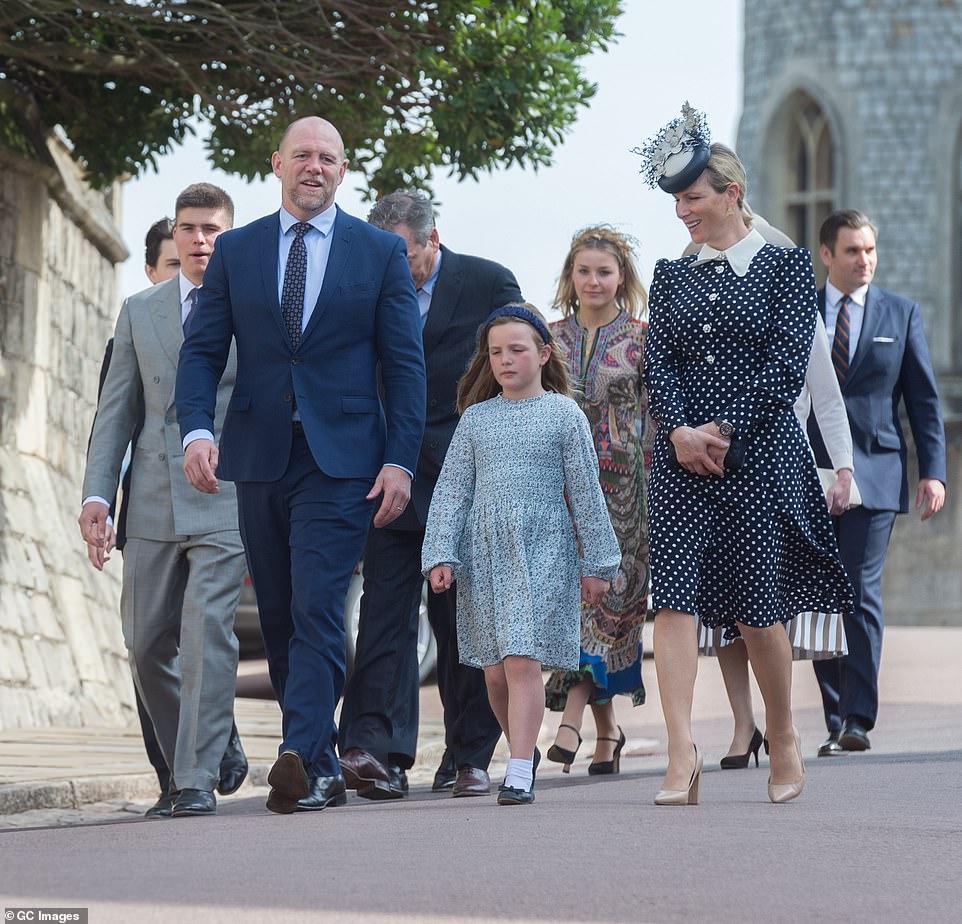 Without coats in the warm spring sunshine, the three members of the Tindall family looked relaxed as they made their way from the church following the service on Easter Sunday

Zara styled her blonde hair swept back from her face to reveal elegant drop earrings and kept her makeup subtle with the addition of a neutral lipstick.

She coordinated her navy dress with a black envelope clutch bag and a floral headpiece and nude block heels.

The mother-of-three appeared to have also matched with Mike, who looked dapper in a blue suit, while their daughter Mia donned a floral dress, similar to the one worn by Princess Charlotte, and dark blue headband.

Miranda Holder, who is the Founder of the Feel Good Fashion Coach, commented: ‘Zara Tindall put a twist on classic monochrome by swapping black for navy with fresh white polka dots, accessorised with a striking navy and white fascinator and keeping the look modern and fresh with nude heels.

‘And her daughter looks pretty as a picture in a shirred floral pale blue dress completing the blue Royal Easter Sunday entourage.’

Zara looked relaxed in the warm British weather as she shook hands with Dean of Windsor, The Right Revd. David Conner after the Easter Sunday service. 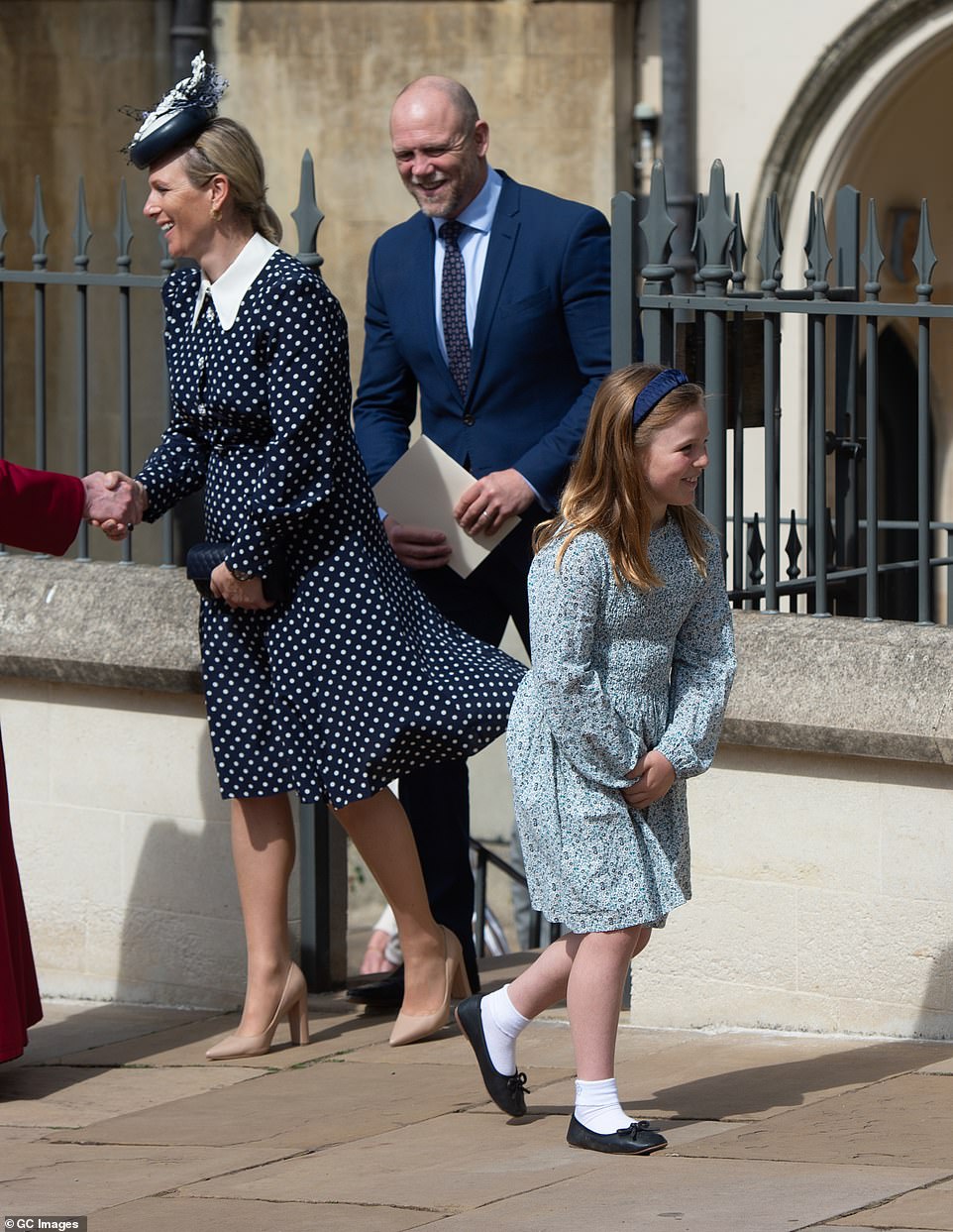 All smiles: Mia Tindall makes for home as her parents Mike and Zara chat to the Dean of Windsor following the service 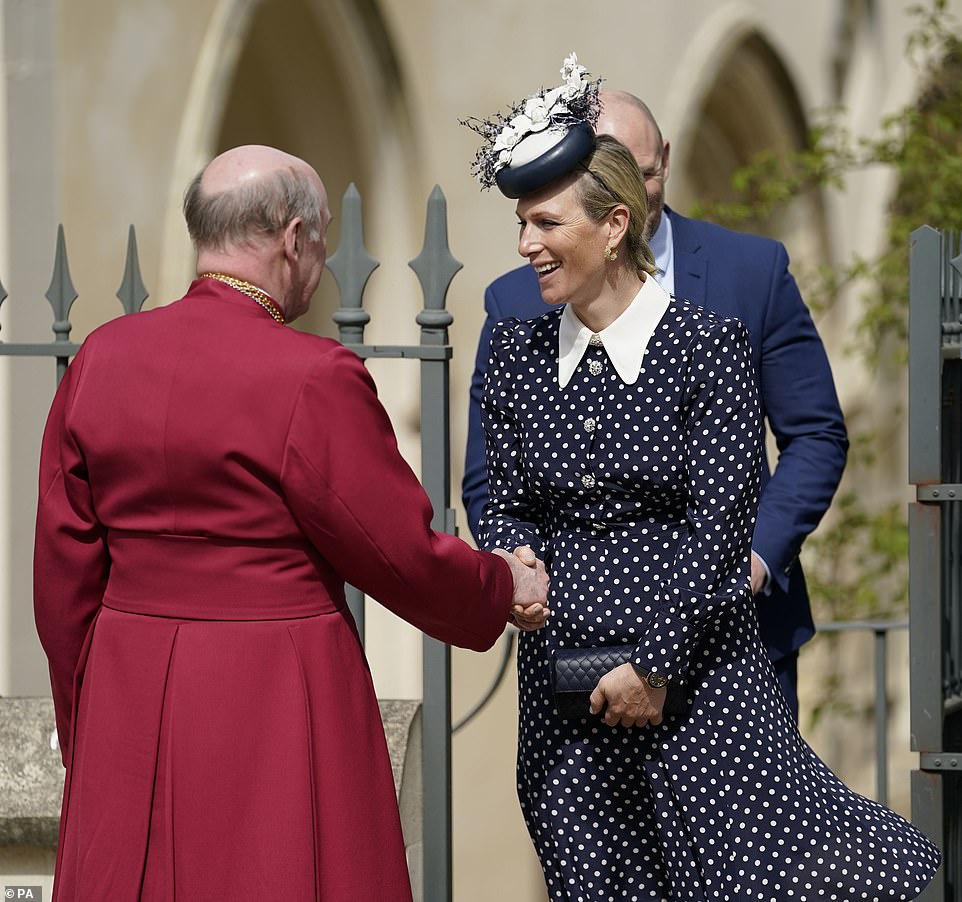 Zara appeared in good spirits as she shook hands with Dean of Windsor, The Right Revd David Conner after the service, which wasn’t attended by the Queen 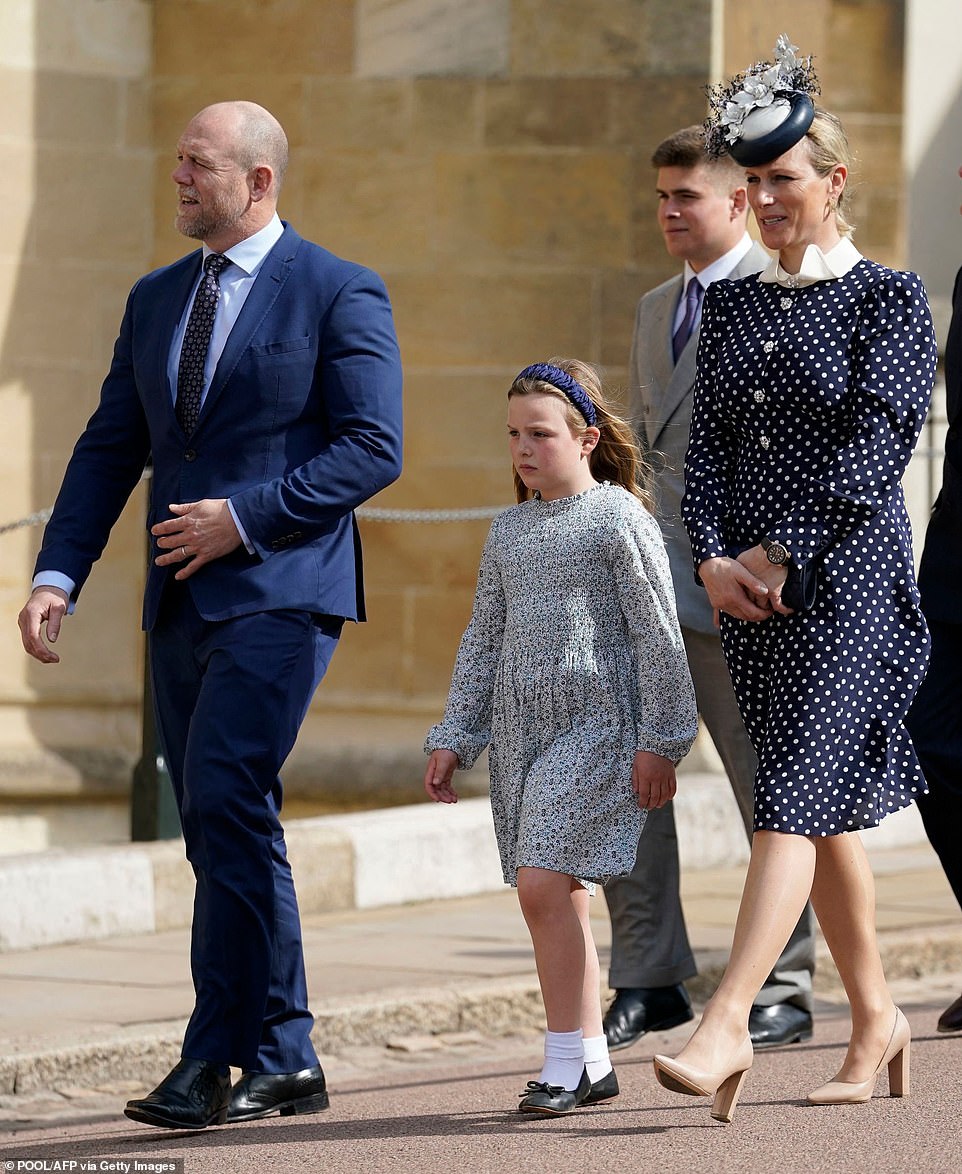 The family have had a busy Easter weekend, with Mike Tindall ever the doting dad yesterday as he cuddled baby Lucas, one, while taking his children to watch mum Zara compete at Burnham Horse International Horse Trials in north Norfolk.

Mike took Mia and Lena to the funfair at the trials while equestrian Zara showed off her show jumping skills.  Sporting jeans and a red jumper, Mike place baby Lucas on his lap, who kept warm in a blue puffer jacket.

His big sister Lena sat opposite them, before later playing on the swings. Meanwhile Mia, the oldest of the Tindall children opted for a striped T-shirt and jeans as she met with her mum.

Elsewhere, Zara looked delighted as she took to the saddle for the third day of the horse trials.

‘I have found myself heartbroken at the sufferings of the innocent victims of conflict, or persecution’: Prince Charles’ emotive Easter speech

This year I had the enormous privilege of representing Her Majesty The Queen at the Service for Maundy Thursday, when Christians remember that humility and sacrifice are at the heart of our faith.

At that service, which he attended with my mother so many times over the years, my father, The Duke of Edinburgh, always used to read the Gospel which tells how on the night of the Last Supper, Jesus knelt before his disciples and washed their travel-weary feet. 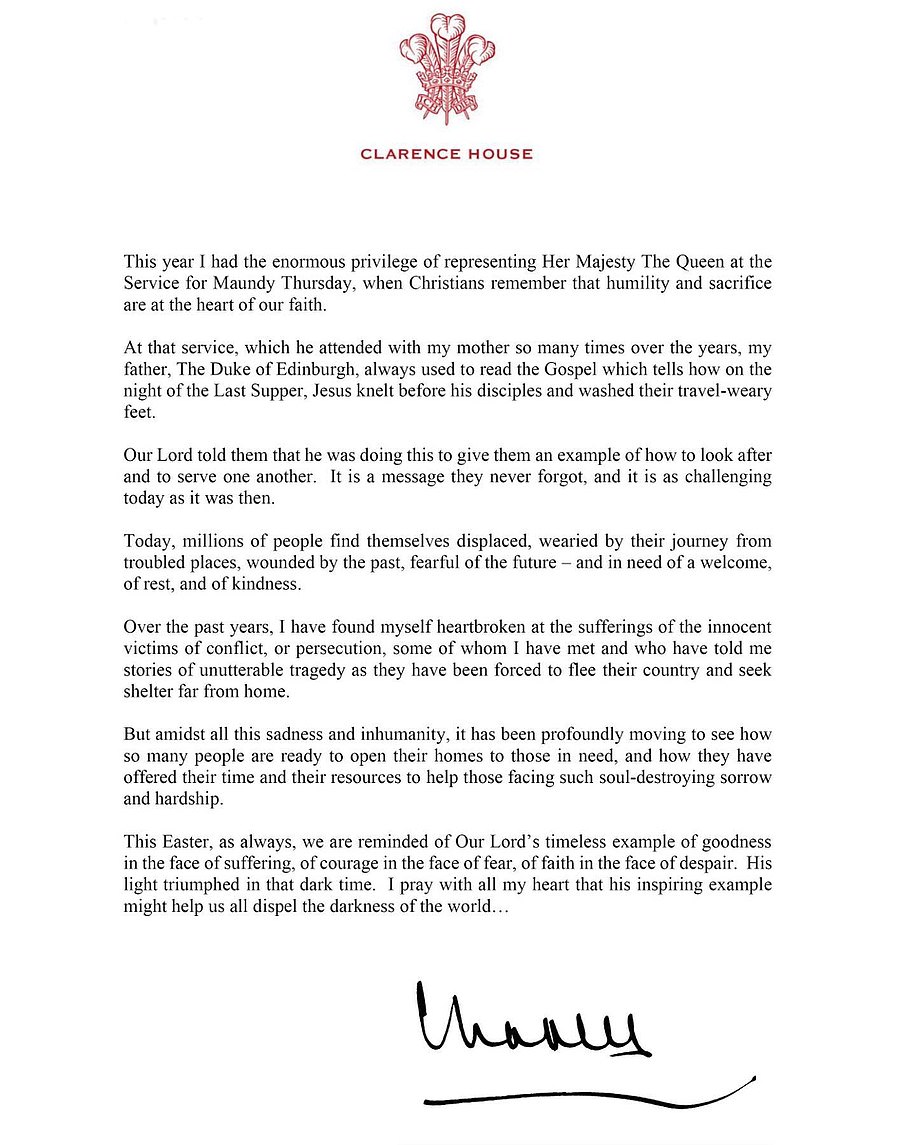 Our Lord told them that he was doing this to give them an example of how to look after and to serve one another. It is a message they never forgot, and it is as challenging today as it was then.

Today, millions of people find themselves displaced, wearied by their journey from troubled places, wounded by the past, fearful of the future – and in need of a welcome, of rest, and of kindness.

Over the past years, I have found myself heartbroken at the sufferings of the innocent victims of conflict, or persecution, some of whom I have met and who have told me stories of unutterable tragedy as they have been forced to flee their country and seek shelter far from home.

But amidst all this sadness and inhumanity, it has been profoundly moving to see how so many people are ready to open their homes to those in need, and how they have offered their time and their resources to help those facing such soul-destroying sorrow and hardship.

This Easter, as always, we are reminded of Our Lord’s timeless example of goodness in the face of suffering, of courage in the face of fear, of faith in the face of despair. His light triumphed in that dark time. I pray with all my heart that his inspiring example might help us all dispel the darkness of the world…

– HRH The Prince of Wales on Easter Sunday 2022 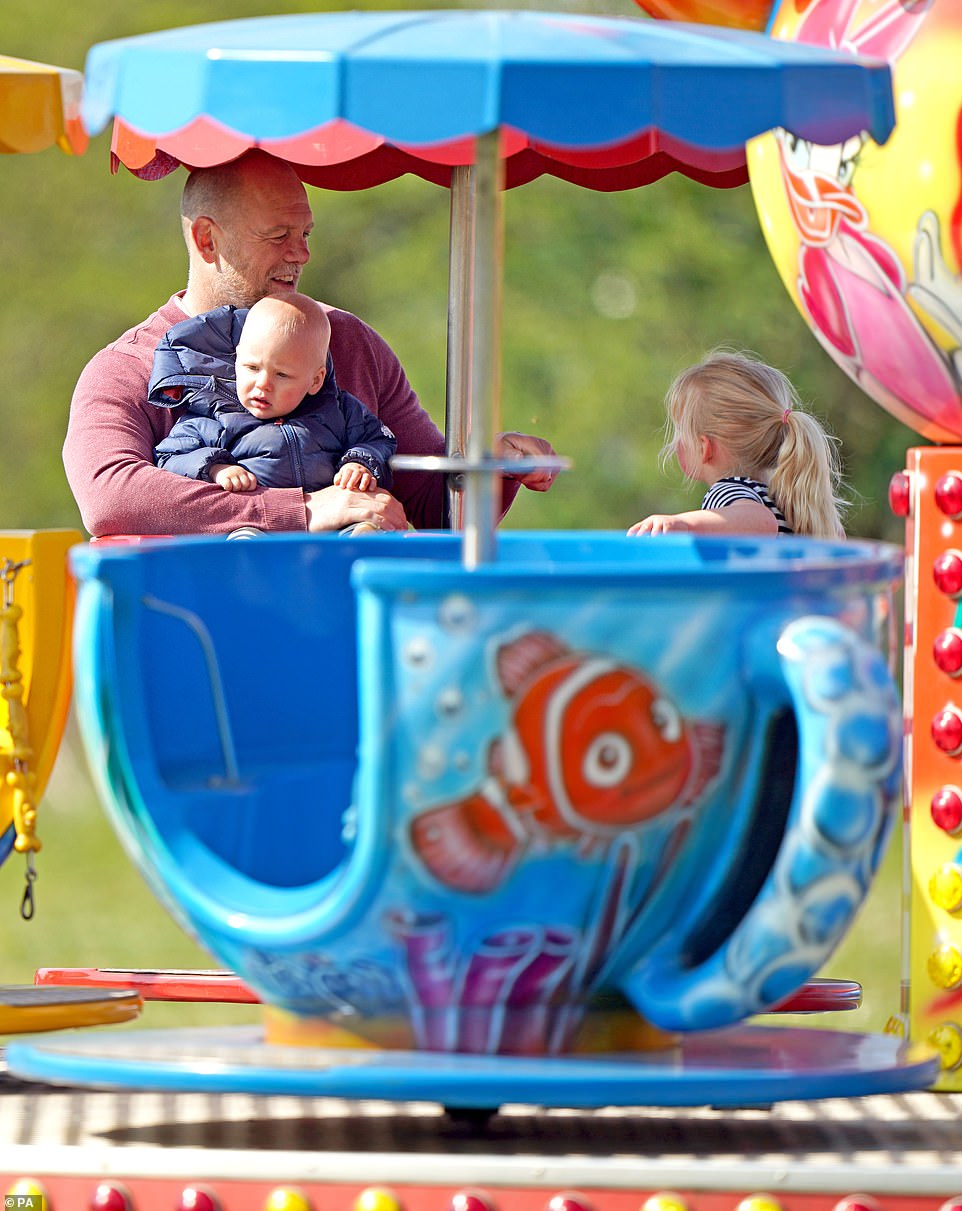 On Saturday, Mike Tindall, 43, took the couple’s daughters Mia, eight, and Lena, three, to the funfair at the Burnham Market horse trials while equestrian Zara showed off her show jumping skills 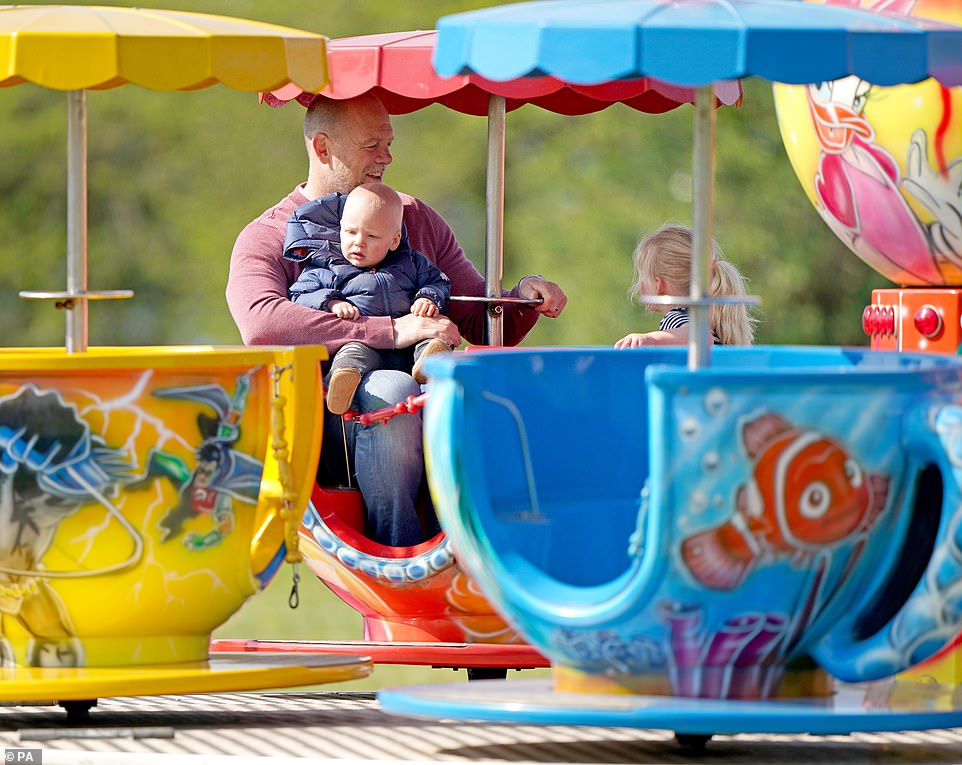 Merry go round! Mike placed little Lucas on his lap while  big sister Lena sat opposite them, before later playing on the swings at the event in Norfolk 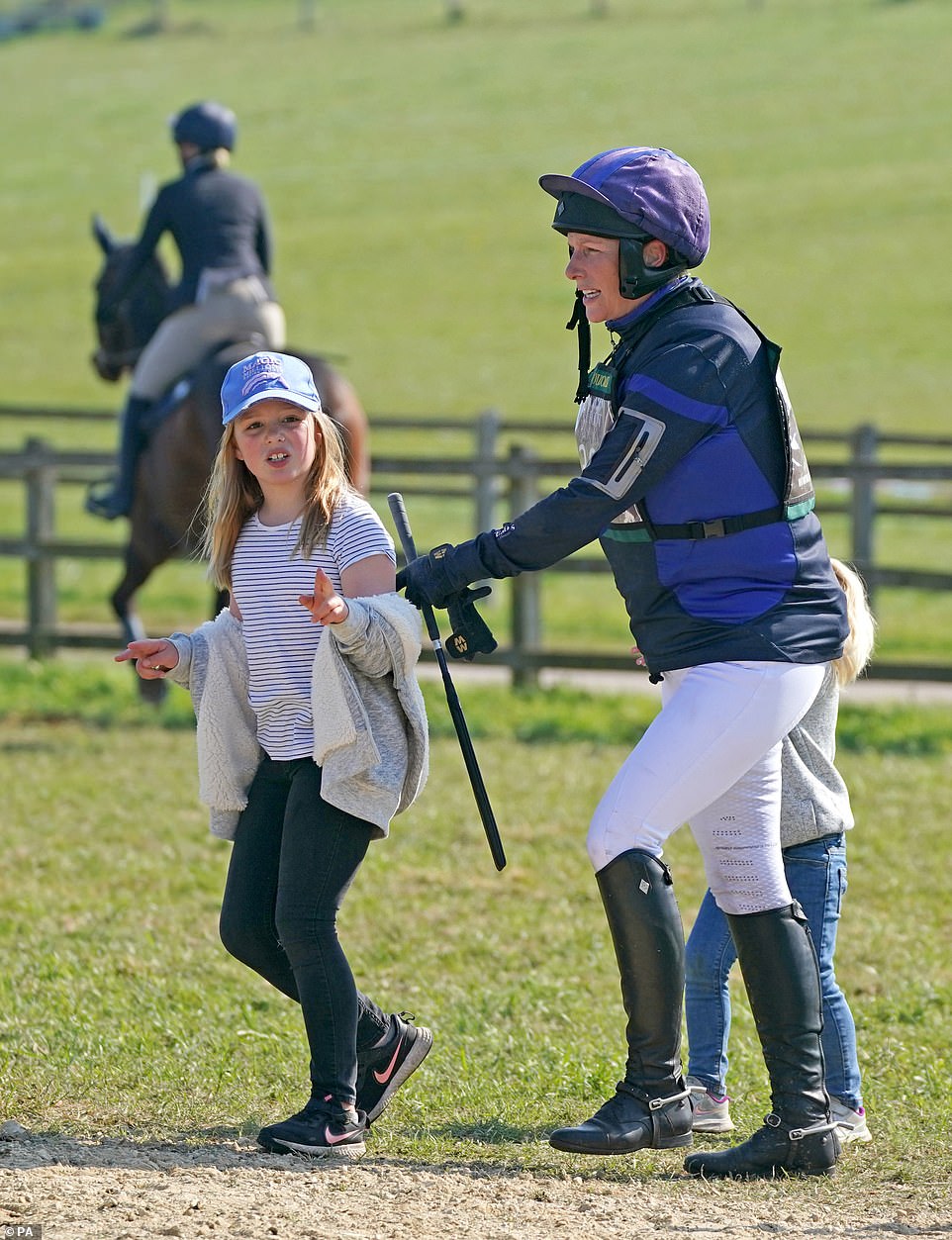 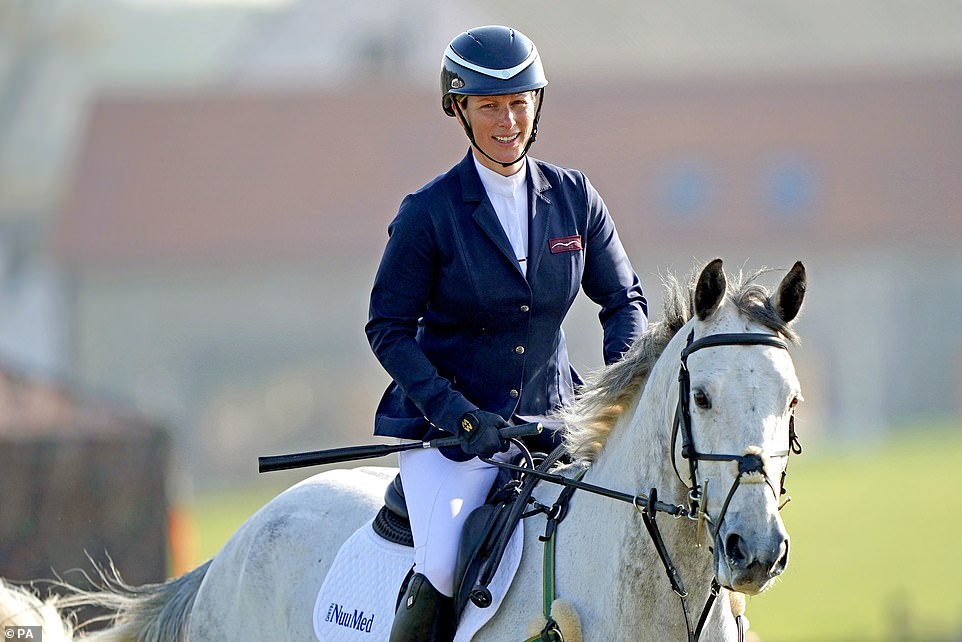 Zara, who won a Silver medal at the 2012 London Olympics, looked delighted as she rode 10-year-old grey mare Hapeenstance opting for minimal make-up for the day out.

The Queen ‘s eldest granddaughter opted for white slacks and a white riding shirt under a blue blazer as she joined fellow equestrians at the prestigious three-day horse trails.

The former Olympian, with decades of experience on the British circuit looked delighted as showed off her skills.

Zara, who won a Silver medal at the 2012 London Olympics rode Classic Eurostar, and eight-year-old Gelding.

The royal gave birth to youngest son Lucas in March last year. In 2020, Zara described how riding for her country is what ‘dreams are made of’ and how she is lucky to have her horses with her in lockdown.

She told a royal special edition of Horse & Hound magazine that she enjoys the pressure of competing.

She said: ‘I love riding for my country; those have been the best experiences of my career, to get your horse to that level is what it’s all about, and what we all strive for,’ she said at the time.

‘I love the big occasion because I love the pressure – sitting on a horse that you know is good enough, you are fully prepared, riding for your country, it’s what your dreams are made of. 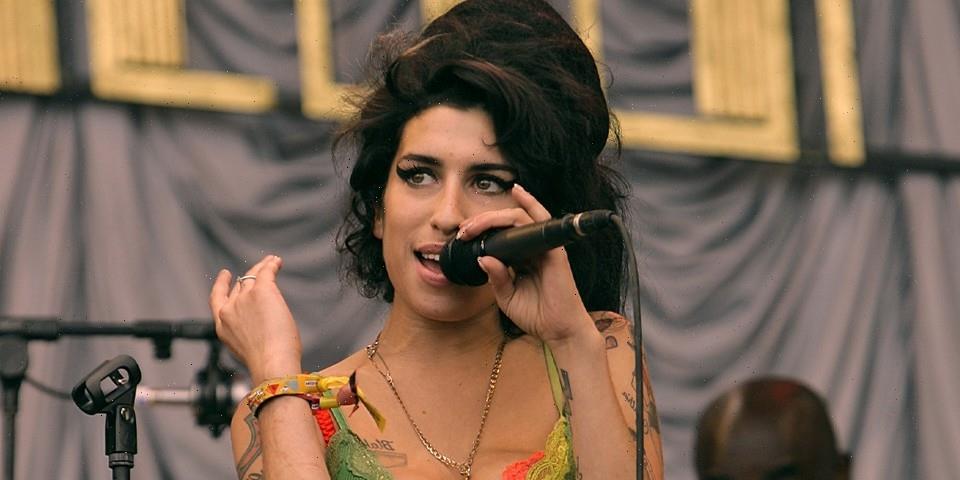 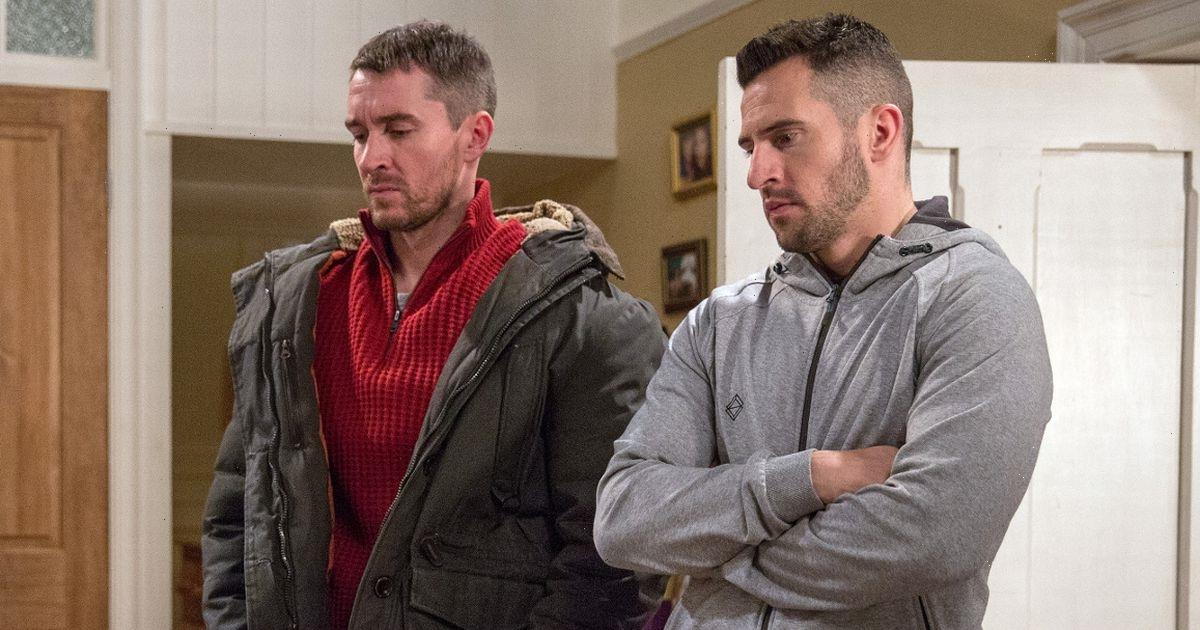