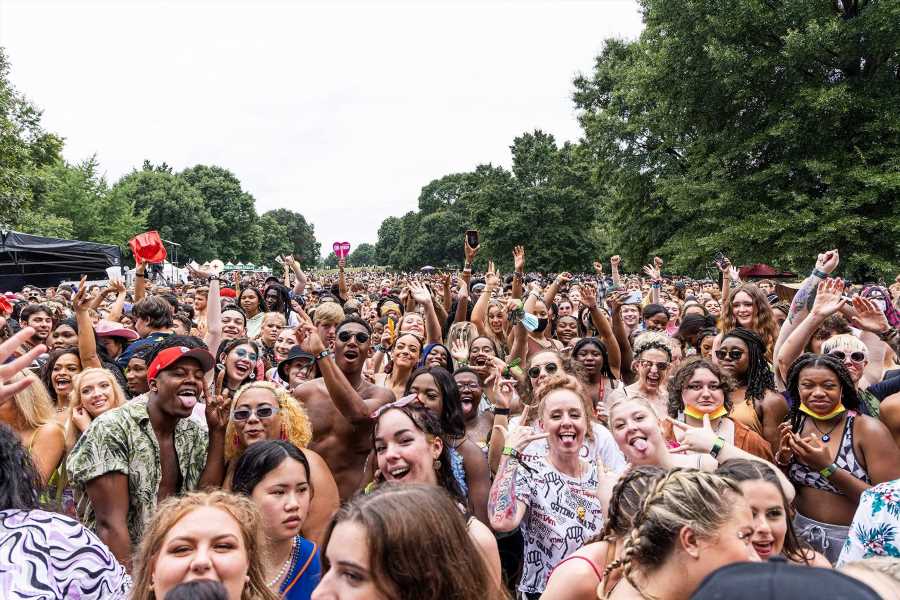 Music Midtown is one of Atlanta’s longest-running festivals, debuting in 1994, running through 2005, then returning in 2011 after a six-year hiatus. Since its return, Music Midtown has been held every year in Atlanta’s Piedmont Park, drawing upwards of 50,000 people in 2021 and bringing in tens of millions in economic activity to the city. But on Monday, Aug. 1, Music Midtown announced it would be unable to return in 2022, with sources confirming to Rolling Stone that Georgia’s gun laws were to blame.

Under Georgia law, guns can be carried in public spaces throughout the state, including parks. While the outcome of a recent lawsuit upheld the Atlanta Botanical Garden’s right to enforce a gun ban because it leases its property long-term from the city, the decision didn’t speak on short-term tenants of public property — like Music Midtown — which likely wouldn’t have the same standing. On top of that, Georgia’s Republican governor Brian Kemp signed a new law earlier this year allowing people to carry concealed handguns in public without obtaining a permit. With such laws in place, an untold number of people would have been legally able to attend Music Midtown with concealed weapons.

Maude Latour, one artist set to play the festival this year, tells Rolling Stone, “Music and community is absolutely needed right now, and I hope this cancellation is a wake-up call to what it means for guns to be openly carried — we cannot feel safe to enjoy the beauty of life with the threat of unchecked gun violence.”

The repercussions of these laws extend far beyond Music Midtown as well. Not only do other major festivals like Shaky Knees and the upcoming One Musicfest take place in Atlanta’s parks, but so do scores of other big gatherings and local arts and cultural events. In essence, these laws not only boost the prevalence of guns, but simultaneously threaten the viability of the arts.

Tyler Lyle, an Atlanta-based musician who was also supposed to play Music Midtown with his band the Midnight, says, “Atlanta is that place that nobody who lives outside of Atlanta wants to go. That was the sentiment that I grew up around in west Georgia. It’s like the enemy among those those Georgians who live outside the metro area, and anything to stick it to rock and roll and the liberals at once is a win for conservative Georgians.”

As it stands, there’s not much the City of Atlanta can do to make life easier for Music Midtown and other events taking place on public property. Atlanta’s City Council President Doug Shipman says he’ll be working with the city attorney to see what can be done, but he notes Georgia law prevents the city from passing gun laws more restrictive than what’s on the state’s books. Most likely, he says, the issue will have to wait until the state legislature reconvenes in Jan. 2023 and can consider possible solutions, like a carveout that would allow ticketed events on public property to enact weapons bans. The economic and cultural repercussions of not doing so, Shipman explains in the as-told-to below, could be dire for both Atlanta and Georgia.

I come out of the arts scene — I used to be the CEO of The Woodruff Arts Center — so I’m familiar with the world of contracts, riders and security. And it made me sad, but honestly, it didn’t shock me, because given what we’ve seen with [the] Las Vegas [shooting], and, more recently Uvalde and others, the notion of, “Am I safe, how can I make an artist safe, the crowds safe?” — has just risen in everybody’s consciousness.

There was a 2014 study [by the Research Center at the Nashville Area Chamber of Commerce] that said Music Midtown brought in $20 million in direct spend and another $30 million in direct economic impact. We know people travel here from elsewhere and they don’t just come to the festival. They come a day early, they stay a day late, they stay at hotels and do other things that create economic activity. So certainly, it’s tens of millions of dollars. It’s a real hallmark on the calendar, and the economic impact is absolutely real.

Doug Shipman speaking at the groundbreaking for the National Center for Civil and Human Rights on June 27, 2012 in Atlanta.

And the other concern that I have is what does it mean for [other festivals like] Sweetwater 420 and Shaky Knees? When you think about the city, we don’t have a great private property that’s big and the natural place you’d go instead, like the horse track in New Orleans for Jazz Fest. So if it were to move, it would either have to move indoors, or more likely out of the city, which has an economic impact. And I’m also concerned about what potential new festivals or endeavors are not going to come to Atlanta, because they look at this and say, “Well, let’s go to Miami or Austin.” We’re always competing with other cities not only for music, but more broadly for economic development. But specifically, we pride ourselves on tourism; we pride ourselves on music. How much of a blow will this be long-term? We have to wait and see, but it’s a big concern.

I don’t know if it’s an unintended, or intended, consequence of the policy [that it could affect access to other local arts and culture events taking place on public property]. But I would hope that as we move into the next state legislative session in January, the state legislature looks at this and really thinks hard about, is this the kind of impact that we want to have? Or can we create a policy that has exemptions for large festivals and ticketed events? We can make different policies if we have the will. But certainly, the way it is right now, I think this may be an indication of where we’re headed given the set of policies we have in place.

I don’t know of any other events that are going to be called off, but I do know, from conversations, that any big festival is certainly thinking about how it wants to operate right now. And even festivals that don’t necessarily have restrictions on weapons or doing searches — just big gatherings — I think they’re all thinking about how they want to conduct themselves and the liability associated with it.

I want to make sure that everybody who wanted to attend understands that nobody in the city wanted this to happen. This is the worst-case scenario, and we’re going to continue to try to figure out if we have any options. But at the end of the day, public policy has implications. And I think people have to hold the folks who are making these policies accountable and express their displeasure. This isn’t just an economic reality, this is a memory-maker. This is part of the cultural fabric — cities are built around these kinds of events. It’s a sad loss for the way people enjoy Atlanta. 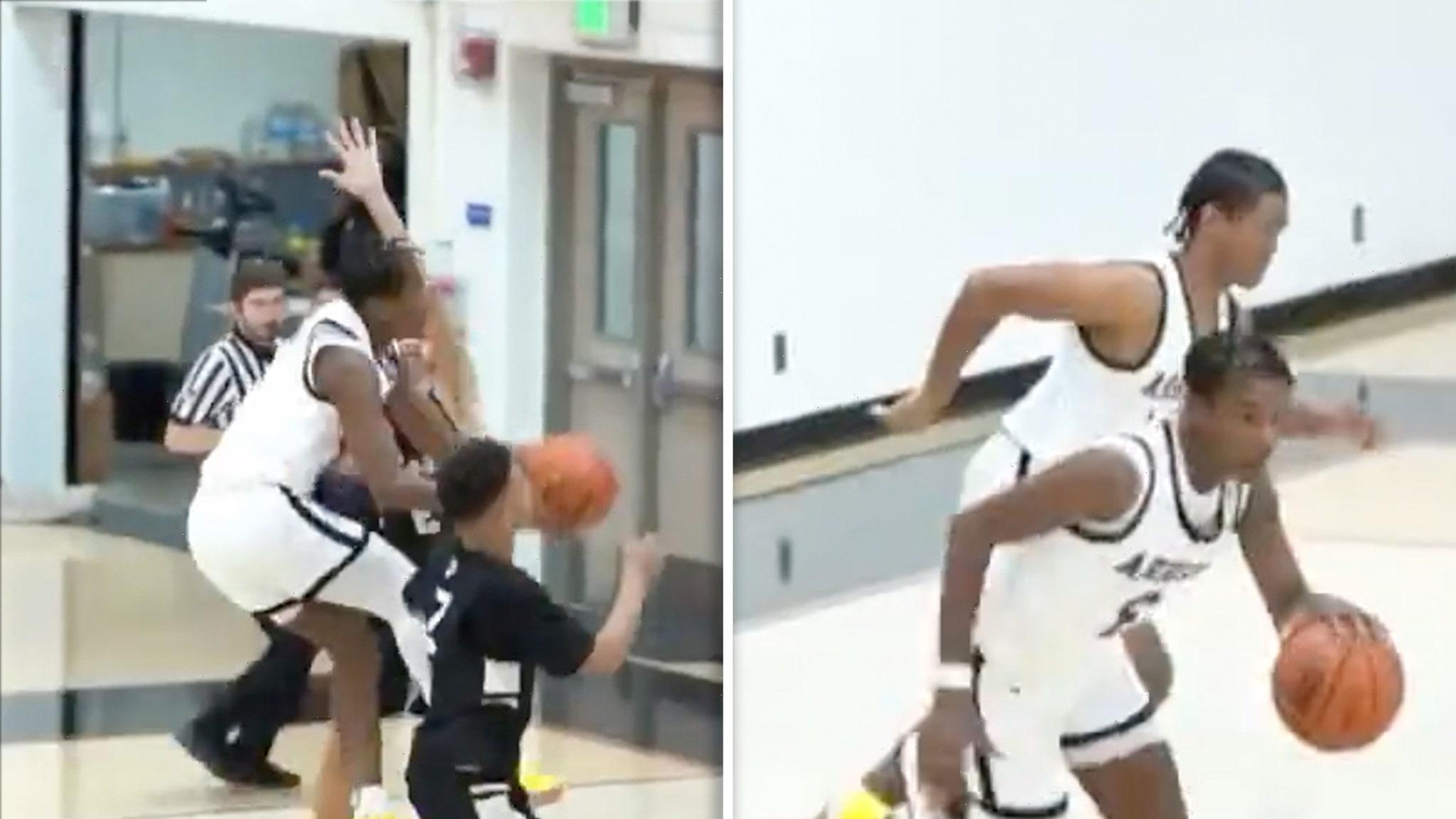