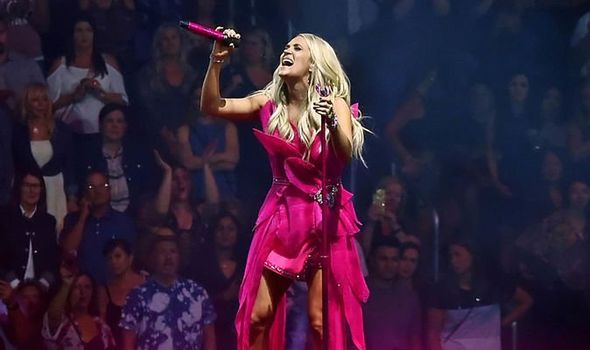 Her particular small town was Checotah, Oklahoma, which had one school, one stop light and umpteen churches. Carrie showed her flair for public performances at a precociously young age. “My mom has a picture of me on stage in our church when I was three years old,” she says down the line from Tennessee. “I was never shy about singing in front of people.” The First Freewill Baptist Church had a small stage but a big heart. “It was such a warm environment,” she smiles. “It was like family. Everybody knew everybody.” Carrie’s faith, always the cornerstone of her life, inspired her to make her latest album, My Savior – a moving and unashamedly Christian collection of gospel hymns. Her falsetto is at its sweetest on songs like How Great Thou Art; her piano reading of Softly And Tenderly is sublime.

“It’s the album I always wanted to make,” the seven-time Grammy award winner tells me. “Hymns and gospel music shaped me as an artist. They were the first things I sang. I’ve been singing them my whole life.”

My Savior is the follow-up to 2020’s Carrie winning Idol in 2005 Christmas album, My Gift, which included her poignant duet with John Legend on new song Hallelujah, along with traditional Yuletide favourites.

“I had such an amazing, inspired time making My Gift, I wanted to stay in that mindset,” Carrie, 38, explains. “With My Savior, I wanted it to feel like I was in the church I grew up in, to freshen the hymns up but keep the traditional feel and the heart.”

Carrie performs the hymns live on Easter Sunday, on a live stream from the Ryman Auditorium – the historic home of country’s The Grand Old Opry in Nashville.

“It was all about wanting to bring these songs to life again, and obviously now I wanted to do something on stage. The Ryman is so inspirational, it feels like a church.”

Not many people have had anything good to say about the lockdown, but the upbeat Underwood sees the positive in everything. 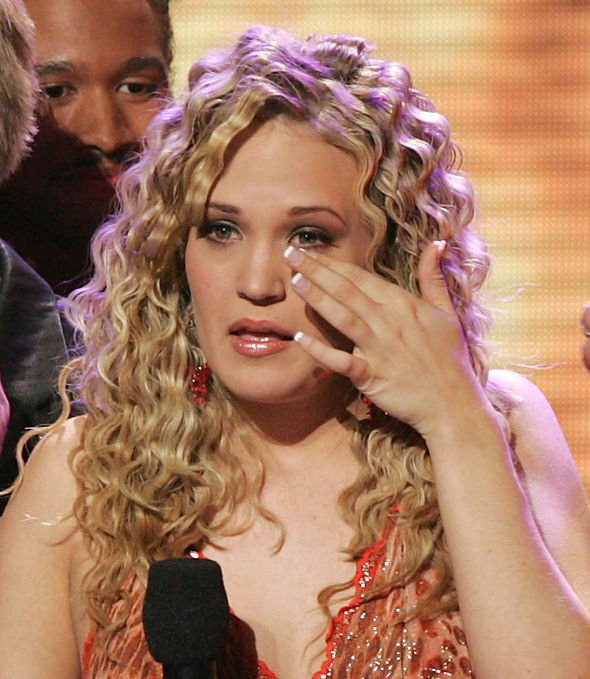 “Being home has been such a blessing,” she says. “Watching my boys grow, spending time cooking, spending time in the garden I do feel people who try their hardest to look at the silver linings in life have probably learned so much from this time.

“I have a three-year-old and a six-year-old. Normally we’re travelling so much and mommy’s so busy.

“To have every single day and every single dinner together, that really is special. As crazy as things were, just having time to think about what matters most in life is a blessing and we should enjoy that.”

Carrie married retired ice hockey star Mike Fisher in 2010. Their sons are Isaiah, who sang Little Drummer Boy on My Gift, and Jacob – who arrived after she had suffered three agonising miscarriages in two years.

The family home is a 1,000-acre ranch in Franklin, 21 miles south of Nashville. It’s full of laughter, she says. “My husband always does a lot of dad jokes and that makes me laugh. My humour is a little cheesy and a little dry.”

The youngest daughter of papermill worker Steve and primary school teacher Carole, Carrie had unusual teenage idols for a country star. “I was lucky enough to grow up with 90s grunge,” she confides. “In my teens I was into Nirvana and Chris Cornell from Soundgarden. I loved everything he did. But I always loved country music, that is my home and my heart.” 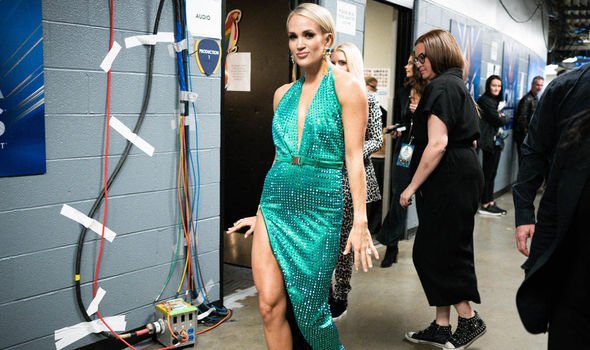 Underwood won the TV talent show in 2005 after deciding “Why not?” was a smarter question than a lifetime of asking “What if ?”

She is a bona fide superstar in the USA now, with seven top five albums – six of them platinum, four multi-platinum – along with huge hit singles such as Inside Your Heaven and Before He Cheats. She’s even had three Top 20 albums here.

Carrie’s 2019 Cry Pretty tour saw her headline UK arenas and storm Glastonbury. After her set she decided to stay and watch Janet Jackson “because when was I ever going to be on a bill that varied again?” she says.

“I started to watch her and Janet looked over and threw a kiss towards us. I thought, ‘Who does she know over here?’ I looked around and it was only us standing there. It felt amazing to be recognised in that moment!”

Her big brown eyes open wide at the memory.

Carrie didn’t stop work completely during lockdown of course. As well as recording two albums she had a fitness book and products to promote including a US sports drink and a successful fitness and lifestyle clothing/accessories brand, CALIA.

“I always have a lot of irons in the fire and I was lucky because one month before lockdown my book came out” – that’s the New York Times bestseller Find Your Path, subtitled “honour your body, feed your soul and get strong with the Fit52 life”.

Fit52, a fitness app that Carrie created with her personal trainer, Eve Overland, launched a year ago.

“Health and fitness are passions of mine,” she says. “So I was adding stuff to the app and having CALIA design meetings over Zoom.”

She managed to perform live twice too, once at the Country Music Awards and then starring in her own HBO Christmas TV special.

“It was just beautiful. With the orchestra I felt like we had an audience! Just to be on stage in front of people felt wonderful, with lights and people making noise it’s always great to have real feedback.”

“My response was ‘Anything for Loretta’. It was great to be in the studio with her – Reba was on the phone from another studio. Loretta is such a queen! She blazed such a trail for us to have my voice immortalised with hers is such a big thing.” 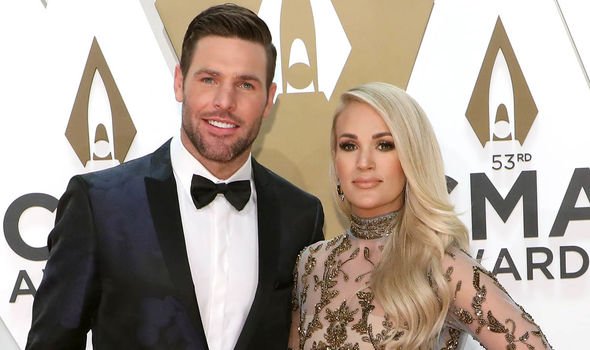 Carrie has sung with Dolly Parton too – at 5ft 3in, she towers over Dolly by three inches. “Women are the backbone of country,” she says. “They taught me how to sing and dress and how to be on stage.”

Performing the bilingual duet Tears Of Gold with Spanish star David Bisbal was another first. “I loved stepping into another world to make a video with him. I’m always open to new opportunities. I’ve always loved talented artists, big voices, original voices.”

Carrie has a lot of time for her own fans, holding regular meet-and-greets in normal times. “They tell me personal things about how the songs relate to them, or how they make them think in a different way. Sometimes people sing to me…”

I resist the temptation and ask instead if she feels the world needs more God right now. “In my experience people who have faith as their base fare better than those who are still searching for something,” she says, choosing her words carefully.

“That hope can help you make it through anything. When I feel my house is in order, the rest of my life falls into place.”

My Savior by Carrie Underwood is out now. A special live performance from the Ryman Auditorium in Nashville will stream live on Easter Sunday via her official Facebook page at 5pm GMT, with donations benefiting Save The Children.