Nigel Westlake is on the phone from the hospital where he's just met his first grandchildren – a twin boy and girl, born six weeks prematurely – and his voice is quavering with emotion.

Although his granddaughter is doing well, his grandson needs some help breathing and is in an incubator. Westlake, one of Australia's most loved composers, was still able to make skin-to-skin contact with the youngest member of his clan, despite him being too fragile to hold. 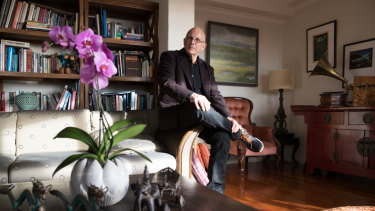 Composer Nigel Westlake with a painting by his sister, Kate, in his Sydney home.Credit:Janie Barrett

"He grabbed onto my finger for several hours. It was just beautiful."

It's been a long time since Westlake has enjoyed such good news. Best known for the musical scores of the movies Babe and Miss Potter, Westlake was so desolate at one stage in his life that he dreaded waking up in the mornings.

"I thought my working life was over. I had nothing to say or write. I didn't know if I'd ever be able to really interact with people the same way I used to."

That was in 2008, when Westlake and his wife Janice were left reeling after the devastating loss of their son Eli, murdered by a drunk, drug-affected driver as Eli walked along a footpath. Eli was a cellist and a lighting technician, with a passion for hip hop and the visual arts. He was about to join his parents on a sailing trip to Cairns. He was 21.

Sitting at an inner city cafe, above which is his apartment and studio, Westlake has a dignified, measured bearing, but his voice drops into a hoarse whisper when he recalls that bleak time. 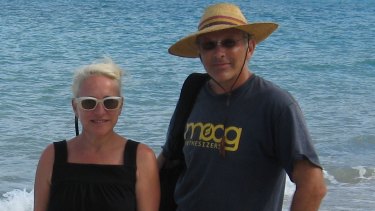 "I felt like life as I knew it was over. It was Janice who said to me, 'We have got to somehow try to find joy in life again'."

Slowly, Westlake's feet started walking towards the keyboard and he began composing again. The result, a year later, was Missa Solis: Requiem for Eli, a hauntingly beautiful tribute that went on to win several awards. When it premiered with the Melbourne Symphony Orchestra at the Myer Music Bowl in 2011, Westlake, Janice and their older son Joel were sitting in the audience of 12,000 people.

"We held hands, we were all in tears, it was so emotional, and so healing for us," he says. "I'll never forget the joy and release that came from that performance, as well as the incredible sadness that he was not here to listen to it."

Now Westlake has harnessed his grief with another musical commemoration, this time for his younger sister Kate, who died from pancreatic cancer in January 2018. Kate was a singer, actress, a painter of seascapes, event producer and more recently, a meditation teacher. When the cancer spread to her lungs she went to the Chris O'Brien Lifehouse centre for pain management. She died peacefully at The Royal Prince Alfred hospital surrounded by her family. The pair had always been close and had drawn particularly so after the death of Eli.

"She was so warm, compassionate and gregarious, and I still miss her, like Eli, every day," he says. Kate left behind her partner Cameron and her 23-year-old son Jesse. 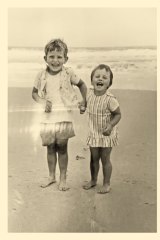 Westlake's stirring tribute to her, which premiers with the Australian String Quartet, was a deathbed promise.

"A friend had given her a beautiful multicolored veil. It became her hope, joy and protection. She wore it every day and loved it so much I said to her, 'I'm going to write a piece of music about that one day.' She asked me excitedly, 'So when am I going to hear it?'"

He didn't reply. Although Westlake knew she only had about six weeks, Kate had told the doctors she didn't want to know how long she had left. It took Westlake a year, while working on other projects, to write his sister's tribute. He kept her ashes beside him on the keyboard.

"It was a daily meditation on the processing of grief, a way of reliving the memories."

Over the past decade Westlake has become an unintentional expert on grief. He saw the noted counsellor Mal McKissock, who described grief as "the shape of infinity – the point where the circles cross will always be one of pain and anguish, but the circles get wider and wider over the years."

Loss has completely altered his outlook on life, he says. "I think I'm quite a different person now. I don't think I really understood the value of empathy and compassion until we lost Eli and now our dear Kate."

Of particular comfort was the spiritual classic, Sogyal Rinpoche's The Tibetan Book of Living and Dying. "I couldn't stop thinking about where Eli was residing in the spirit world. I am not a religious person but yet I found myself desperate to connect with him in the afterlife and to offer him love and assistance. The book gave Janice and I practical meditations and chants that we hoped might help to guide him on his spiritual journey."

It can represent a physical entity of the departed spirit, and you can keep the spirit of the person alive through the vibration of sound.

"I've realised how transient everything is – everything is constantly changing – and that's helped me appreciate the preciousness of life. It makes you value the gift of life on a much deeper level."

It's also helped him understand the healing power of music.

"Before Eli's loss I wasn't particularly engaged with music as a means of expression and making an emotional connection. Now I know music can be a form of memorialising someone dearly loved. It can represent a physical entity of the departed spirit and you can keep the spirit of the person alive through the vibration of sound. This act can also serve as a form of healing for others who have experienced loss."

What advice does he have for the bereaved? "Talk about them, make them part of your life. Hold their spirits close. And have faith that, as impossible as it may seem, you will find a way to come to terms with their death in your own way. Allow yourself the freedom to grieve and reflect and when the time is right, you will be ready to rediscover joy in life again."

Something that made him smile recently were the names of his grandchildren, who will soon be going home. His grand-daughter is called Ivy and his grandson, Eli.

The Australian String Quartet will perform Sacred Sky at City Recital Hall on September 4 and in Melbourne on September 20.