Elvis Presley stars in the 1958 trailer for King Creole

Today marks the 65th anniversary of Elvis Presley’s self-titled debut album release. The King’s first LP spent 10 weeks at No 1 on the Billboard Top Pop Albums chart after its release on March 23, 1956. The record was also the first rock and roll album to top the charts and was certified gold in 1966 and then platinum in 2011.

RCA had signed Elvis for a record-breaking $40,000 in November 1955 and the album included The King favourite Blue Suede Shoes and covers of rock and roll hits like I Got A Woman and Tutti Frutti.

The famous cover of Elvis Presley has The King’s name in bold pink and green, while the famous shot saw the rising star singing his heart out during a live performance.

Interesting, the original photo was cropped below the waist, which was presumably due to Elvis’ controversial hip swinging and spread legs; dance moves that were later cut from an Ed Sullivan TV performance due to their sexual connotations.

The iconic snap was organised by The King’s manager Colonel Tom Parker who hired William “Red” Robertson to photograph the singer the summer before. 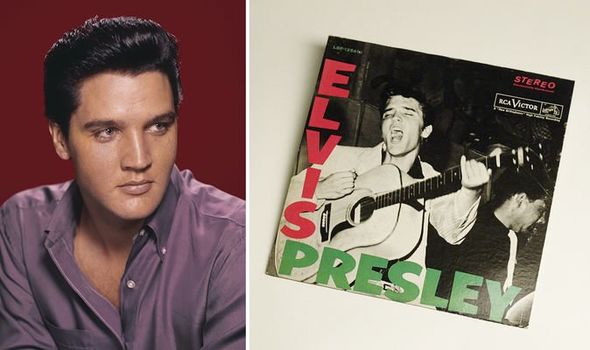 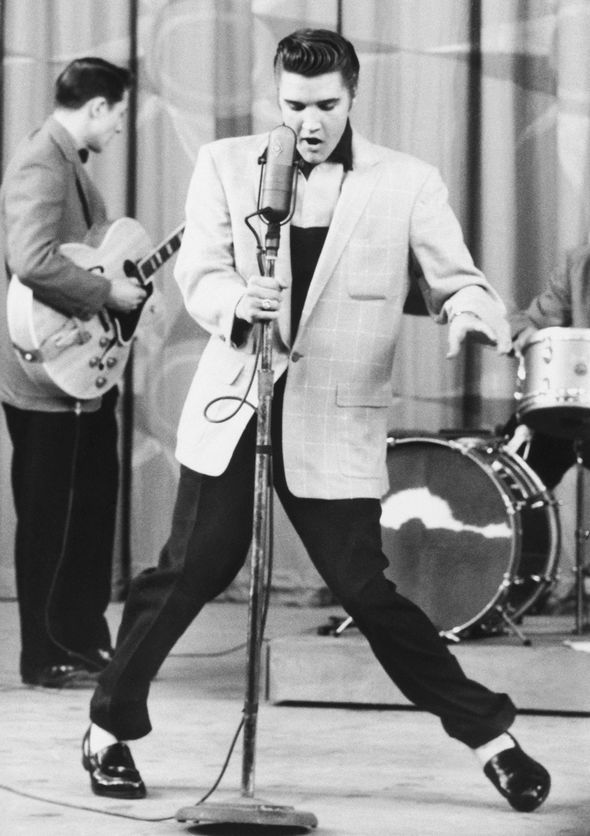 According to The Telegraph, the photoshoot took place on July 31, 1955, in Tampa, Florida during a show at Fort Homer Hesterly Armory.

Elvis was billed last while comedian Andy Griffiths headlined and Robertson got to working capturing The King when it was his turn on stage,

Afterwards, The Colonel spotted the power of the famous image, which he used in publicity material before the album came to be.

Originally celebrity photographer Popsie Randolph was thought to have taken the photo since he took the casual portraits on the back sleeve of the album, while Robertson’s front cover photograph went uncredited. 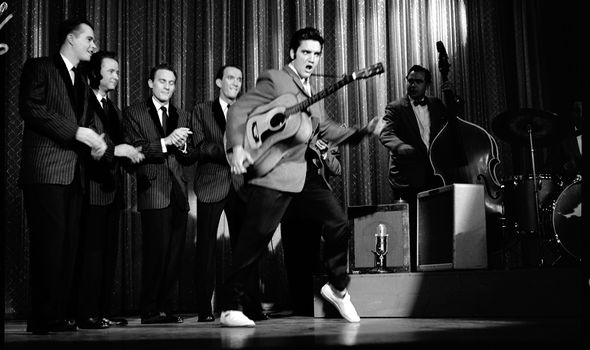 The Elvis Presley album cover would go on to inspire The Clash who used the same font and colours for their 1979 album of London Calling.

In the early years of his career, The King would have a profound effect on The Beatles; none more so than on John Lennon.

In fact, proto-Beatles band The Quarrymen were quite taken by Elvis’ 1957 single All Shook Up, a cover that was recorded but later erased.

Formed in 1956, The Quarrymen (which later included Paul McCartney and George Harrison) would regularly perform All Shook Up.

In fact, when McCartney first joined Lennon’s skiffle rock and roll band he helped them learn the Elvis song which they’d been struggling to master.

In his book John, Paul and Me, former Quarrymen member Len Garry stated that the band even played All Shook Up on July 6, 1957.

Not only was this a few months after the single was released by The King, but it was also the day that Lennon first met McCartney at the St Peter’s Church garden fête.

Apparently, The Quarrymen’s cover of All Shook Up was recorded then too but was later erased.

Interestingly, McCartney and Harrison would later record a version of the Elvis song during the 1969 Let It Be sessions.

According to Doug Sulpy’s Drugs, Divorce and Slipping Image, on January 13 the two Beatles made a “spirited” version of All Shock Up while sharing the vocals together.

As for why Lennon didn’t take part, it’s believed he was sat watching them while drinking a cup of tea.