Elvis Presley celebrated Christmas in a big way at Graceland every year. The King would invite his Memphis Mafia up to the mansion on Christmas Eve for an all-night party. In an unearthed video, the son of Elvis’ cousin Billy Smith, Danny, shared his memories of Christmas at Graceland with Elvis and Lisa Marie, including The King’s final one.

Danny spoke of the magical experiences from his childhood on his Memphis Mafia Kid YouTube channel.

He said: “Elvis loved Christmas and wanted to make sure that Graceland was lit up and decorated beautifully.”

The King’s second cousin remembered how his heart would be racing, adding: “It’s something you just can’t get out of your mind, it was beautiful.”

Upon arrival inside Graceland, there would be tons of festive food laid out informally around the mansion for guests to enjoy. 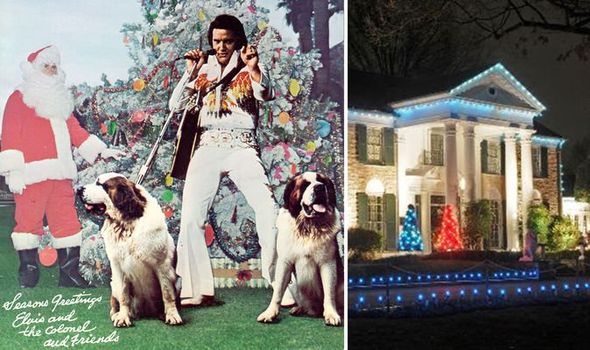 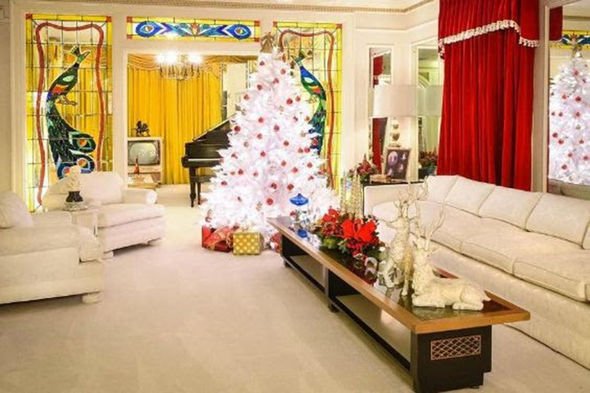 Danny said how the adult members of the Memphis Mafia would hang out in the Jungle Room or upstairs in Elvis’ bedroom.

Meanwhile, the kids including The King’s only child Lisa Marie would have the whole run of the house.

Along with Lisa Marie, he’d play hide and seek and throw footballs around the place. 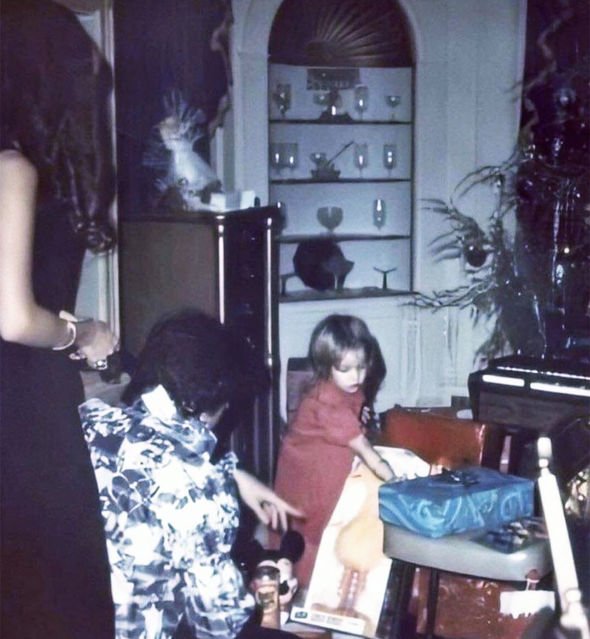 But one of the biggest moments was the anticipation of awaiting Elvis’ arrival to the Christmas Eve party from upstairs.

Danny remembers waiting by the staircase that led down to the kitchen and says he’d get chills.

He said the last Christmas at Graceland in 1976 went on well into the morning of Christmas Day.

Most people had left the party except for Elvis, Danny’s parents Billy and Jo Smith, plus The King’s father Vernon Presley and his girlfriend Sandy Miller.

The adults were upstairs in Elvis’ bedroom and spent some hours up there.

Danny said this meant that the kids who were still there including himself and Lisa Marie would play, laugh and help themselves to the leftover punch.

Following Elvis’ death in August 1977, Graceland was opened as a museum to the public in 1982 and is still decorated each year for Christmas just as The King had it 50 years ago.

In an official new video, Elvis historian Angie Marchese said: “Elvis loved Christmas. It was always such a magical time of year here at his beloved home here in Memphis.”

The Graceland archivist continued: “Each year the Graceland staff continues Elvis’ same holiday traditions, such as changing the drapes from blue to red.

“Putting up Christmas trees in almost every room and even using the same lawn ornaments to decorate the outside of the mansion.”

Angie revealed that The King would leave them up until his birthday on January 8, so just a few days after the traditional date of taking them down.