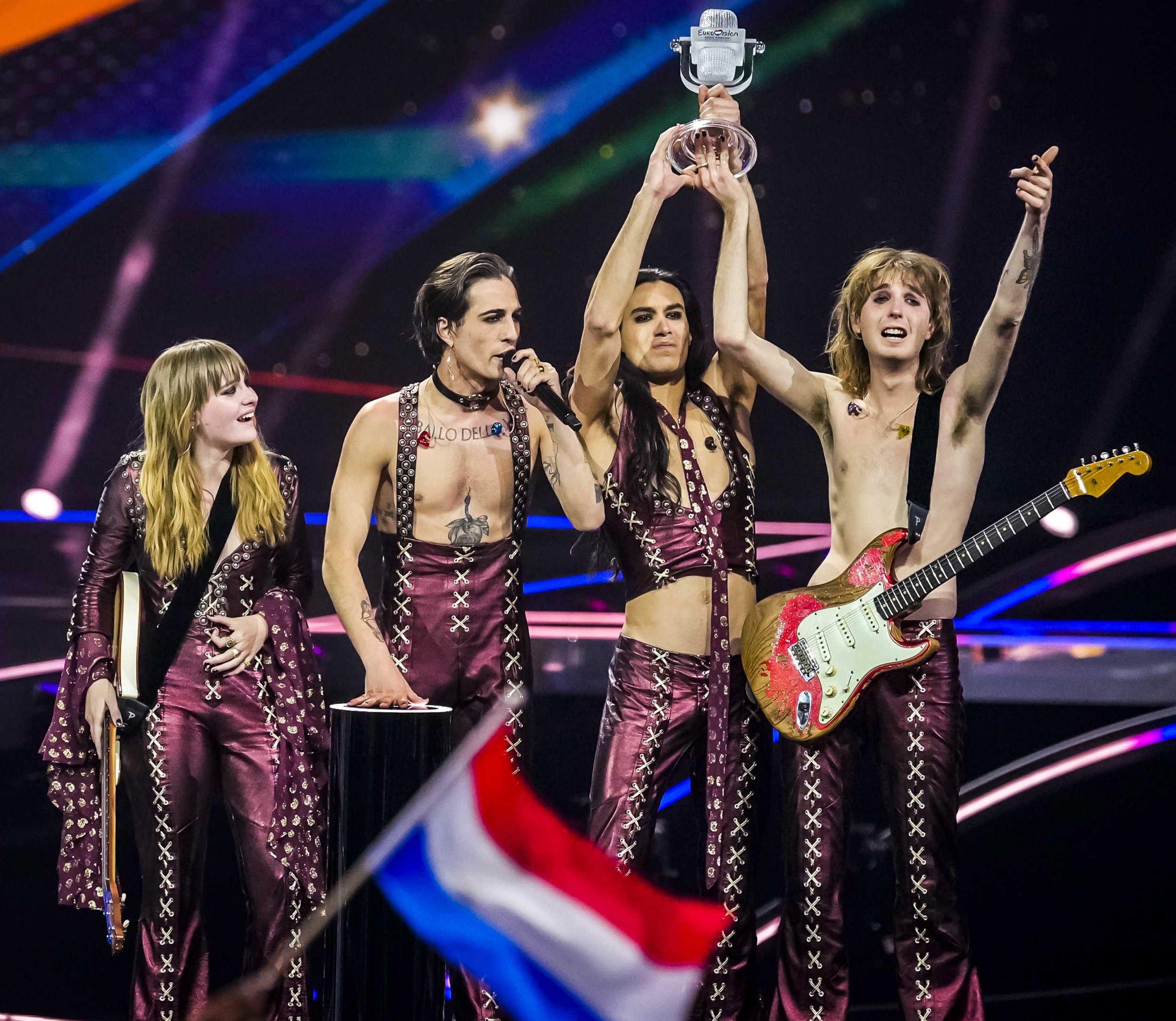 Eurovision crowned its 65th winner on Saturday night as Måneskin of Italy triumphed after a stonking last minute win thanks to the public vote.

Taking place in Rotterdam’s Ahoy Arena, it was the first contest in two years after it was cancelled in 2020 due to the coronavirus pandemic.

Måneskin represented their country with the song Zitti E Buoni and took first place on Saturday night with 524 points, followed by France’s Barbara Pravi and her song Voilà in second place.

They had a far better night than the UK’s James Newman who unfortunately finished in last place with zero points for his song Embers.

Although their win is now mired by controversy, the group’s riff-heavy track, their daring outfits and on stage PDA have made them favourites among viewers.

Måneskin are a four piece rock group based in Rome. They are hugely successful in their home country, with a number one single, Torna A Casa, three number two hits, and two chart-topping albums so far.

They are made up of:

When was Maneskin formed?

Victoria and Thomas have apparently known each other since school and formed the group in 2015, with Damiano and Ethan joining later. They used to busk on the streets of Rome.

Måneskin found fame in 2017, coming second on the Italian version of The X Factor. They were chosen by musician Manuel Agnelli to be on his team for the competition.

What does Maneskin mean?

Måneskin is Danish – a nod to Victoria’s Danish roots – and means ‘moonlight’.

What songs are Maneskin best known for?

Their best known song in Italy is their number one hit Torna A Casa. Their other popular tracks include Morirò da Re, Fear For Nobody and Recovery.