The biggest names in music were there. Queen eclipsed them all. The band’s Live Aid show went down in history as one of the greatest moments of all time. The evidence is clear – they sounded extraordinary and put together a perfectly crafted 20-minute set. The perfectionists made sure they were perfect. And, no they didn’t secretly turn up the sound levels, as was shown in the film Bohemian Rhapsody. However, part of Freddie’s genius was knowing exactly how to get the crowd on his side before a single song was played.

It is now one of the most iconic moments of the whole performance. We take it for granted as part of the show, but it was actually a fantastically clever and effective way to conquer the crowd, make them part of the show and help Freddie himself get ready.

Just watch as they all come on, you can sense the nervous anticipation. Freddie is bursting out of his skin and then turns to look out at that incredible sea of people, knowing they are waiting for him to win them over.

Another major rock star explained exactly how he did it. 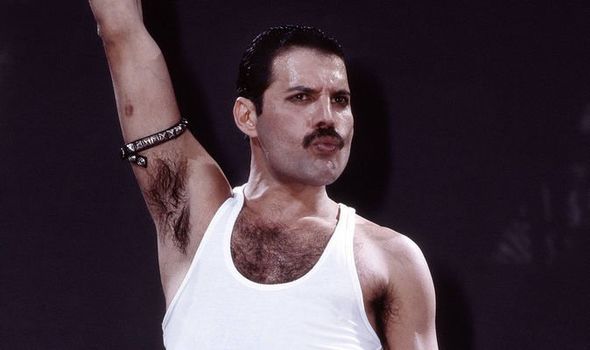 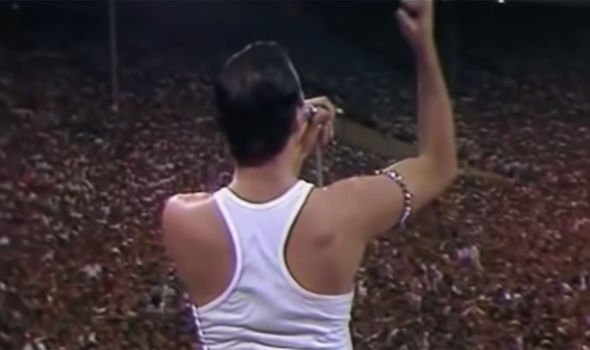 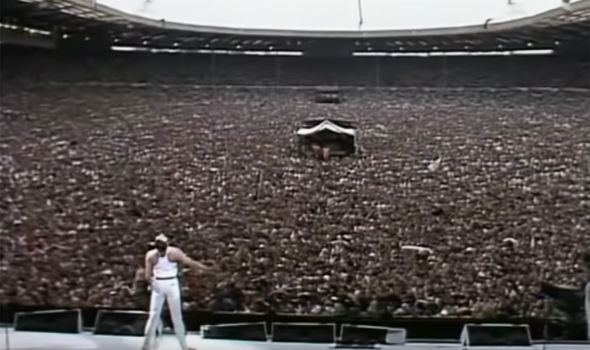 Dave Grohl of the Foo Fighters (via FreddieMercuryClub) said; “Every band should study Queen at Live Aid. If you really feel like that barrier is gone, you become Freddie Mercury.

“I consider him the greatest frontman of all time.

“Like, it’s funny? You’d imagine that Freddie was more than human, but…you know how he controlled Wembley Stadium at Live Aid in 1985?

“He stood up there and did his vocal warm-ups with the audience. Something that intimate, where they realize, ‘Oh yeah, he’s just a f***ing dude.” 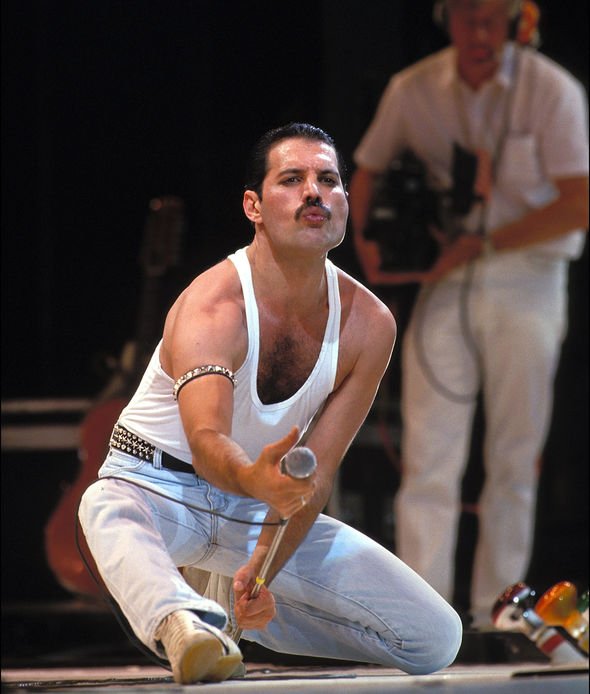 Think of Freddie at Live Aid and you can hear those incredible, spine-tingling callbacks with the audience as much as the songs themselves.

All artists need to warm up their vocals and will also have soundchecks before any major show. But Live Aid ran throughout the day and each act had a particularly short soundcheck before it all started.

Freddie will have wanted to hear his voice back and test sound levels and acoustics (and the strength of his own vocals) before launching into the songs themselves.

Queen Live Aid: What REALLY happened is NOTHING like Bohemian Rhapsody

The way he did it is pure genius, as well as being fun and totally involving for the crowd. What an absolute instinct he had for putting on a show.

Brian May later paid tribute to his bandmates remarkable talent and instinct.

He said: “Freddie was our secret weapon. He was able to reach out to everybody in that stadium effortlessly, and I think it was really his night.”

Freddie himself later spoke of his huge pride at being part of the event.

“It’s something to be proud of, that I’m actually in it with all the ‘Biggies’ – all the biggest stars – and that I can do something worthwhile. Yes. I’m proud more than anything.

As always, the wonderful fansite FreddieMercuryClub is a treasure trove of Freddie facts and fun: READ MORE HERE