Doja Cat and French Montana's recent hangouts sparked rumors they were dating, but the "Say So" artist took to Twitter to say that it's not what it looks like. 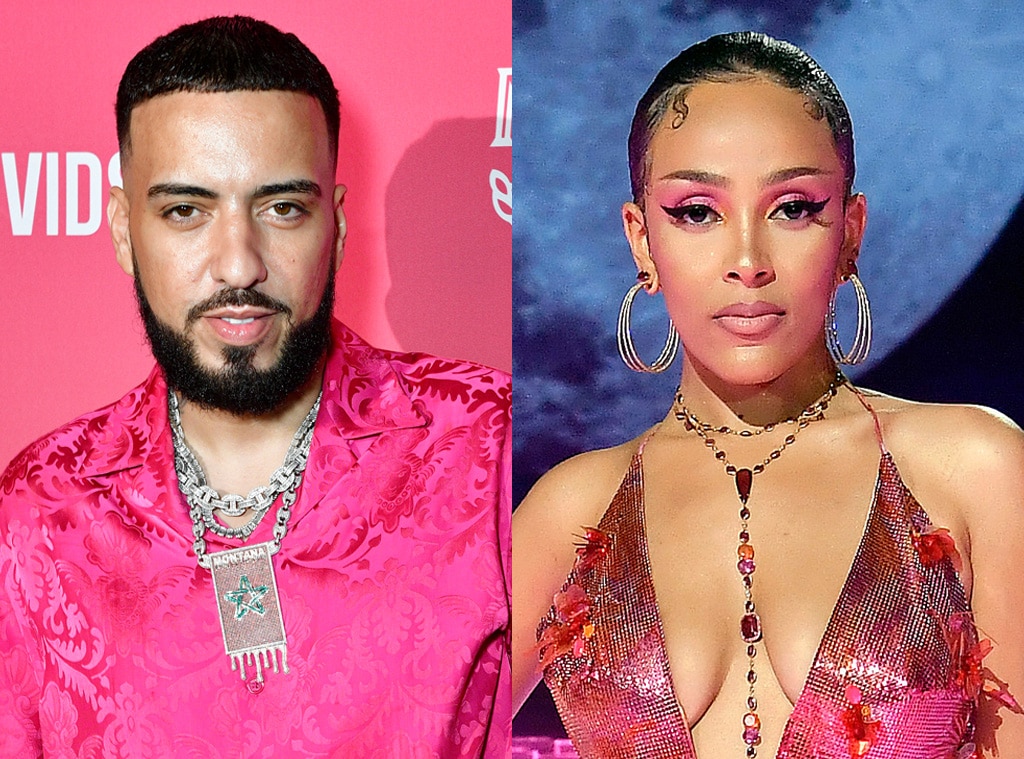 Doja Cat and French Montana were spotted together twice this week, and relationship rumors are already spreading.

According to HotNewHipHop, the musicians were seen hanging out and dancing on a yacht this week with a small group, which seemed innocent enough. Nonetheless, the sightings had some on social media wondering if there could be something more between the stars.

And they weren't totally wrong. Technically, the artists have joined forces, but for purely professional reasons.

On Thursday, Oct. 1, the "Say So" singer tweeted, "Me and French got a song coming out. F–kin relax."

But there might be even more tea… The artist liked a tweet that read, "THE ONE WITH MEGAN?????" Get the TikTok dances ready!

Megan Thee Stallion, a.k.a. Hot Girl Meg, has yet to respond to the music speculation, but she's busy pumping up her fans for tonight's release of her and Young Thug's single, "Don't Stop."

Both Meg and Doja have had a wild year, with both artists being nominated for their work at the 2020 MTV VMAs.

For the virtual award ceremony, Doja gave Haley Sharpe's TikTok dance for "Say So" an extraterrestrial twist, with the artist and her backup dancers performing from outer space's Planet Her.

But Doja's rise to fame almost came to an abrupt halt in May, when a 2015 song containing a racist slur resurfaced online. Additionally, the artist was accused of taking part in racist online chats in the past.

Doja went on to address the allegations and apologized, explaining, "That's not my character, and I'm determined to show that everybody moving forward. Thank you."

Tags: celebrities, french_monta, Music
Recent Posts
We and our partners use cookies on this site to improve our service, perform analytics, personalize advertising, measure advertising performance, and remember website preferences.Ok