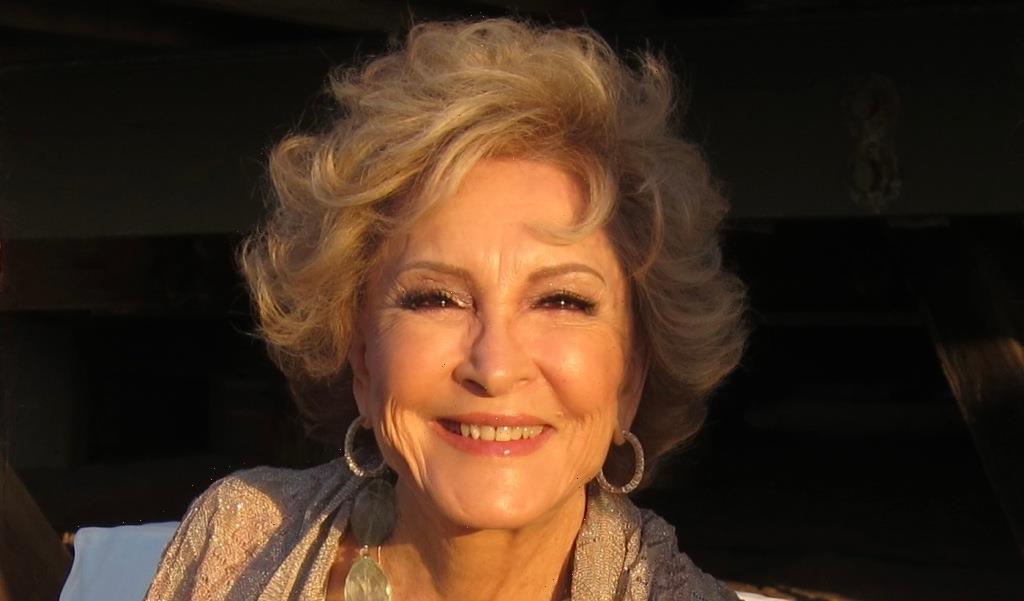 Ginny Mancini, former big-band singer, widow of composer Henry Mancini and one of Hollywood’s leading philanthropists, died Monday night at her Malibu home. She was 97.

She founded of the Society of Singers, which supports professional singers; served as president of the Henry Mancini Institute, now based at Miami’s Frost School of Music, which encourages young musicians; and was an honorary life director at the Los Angeles Philharmonic, among many music-related organizations and charities.

As Ginny O’Connor, she was one of the Mel-Tones, who sang with Mel Tormé’s band from 1943 to 1946. “We were very innovative,” she recalled for Michael Feinstein’s NPR show in 2015. “Mel treated the vocal group like a section in the band. His arrangements were so different and fresh.”

She regularly sang on radio shows and in the chorus of numerous films, including “The Harvey Girls” at MGM and “The Music Man” at Warner Bros. She was happy being a backup singer, she said. “I never wanted to be up front. Too much pressure,” she told Feinstein.

She moved on to become one of the Mello-Larks for Tex Beneke, who had taken over the Glenn Miller orchestra in 1946, and there she met a “tall, young, handsome Italian kid” named Henry Mancini, who was playing piano and writing arrangements for the band. They were married in September 1947.

While Henry Mancini launched a career as a film composer in the 1950s and early 1960s, Ginny raised their three children and sang part-time for the studios and on various TV variety shows including those of Red Skelton, Danny Kaye, Carol Burnett and Dinah Shore.

“You couldn’t pick a better partner for life,” she said of her composer-husband, who eventually won four Oscars and 20 Grammys for such classic songs as “Moon River” and “Days of Wine and Roses” and TV and movie themes including “Peter Gunn” and “The Pink Panther.” “And even though his life was cut short, he’s still alive with me and always will be.” Mancini died of cancer in 1994. He dedicated his autobiography (“Did They Mention The Music?”) to her, writing “to Ginny – the journey could not have been made without our love for each other.”

She was born Virginia O’Connor in Los Angeles in 1924, the daughter of an Irish father and Mexican mother, and was raised by her grandparents. She auditioned for the glee club at Bret Harte Junior High, and, as she later recounted, “was relegated to the alto section where I found a world of harmony.” She later sang in the mixed chorus at Los Angeles City College, and with three classmates became part of the Mel-Tones.

She founded the Society of Singers in 1984, after learning that a professional colleague had fallen on hard times, “so that no singer would have to go through the humiliation she went through. That was the beginning of my life as a volunteer,” she said. The Society raised millions to help singers in need (as no union or guild represents the rights of singers exclusively).

The Henry Mancini Institute was founded in 1997 by Mancini’s colleague Jack Elliott as a Los Angeles-based music academy, and Ginny served as president of its board of directors for several years. She continued to support music education for the rest of her life, including funding the ASCAP Foundation Henry Mancini Music Fellowship and serving on the board of the non-profit Film Music Society.

“I’ll do anything I can do,” she told the Los Angeles Times in 2014, “to get the word out about how important a child’s creativity is and how it must be nourished.”

She is survived by her three children: singer Monica Mancini; her twin sister Felice Mancini, president and CEO of the Mr. Holland’s Opus Foundation, which supplies musical instruments to under-funded music programs; and musician Christopher Mancini; two grandchildren and one great-granddaughter. In lieu of flowers, the family has requested donations to the Mr. Holland’s Opus Foundation, http://www.mhopus.org.

Next post Anna Kendrick, Paul Feig on LGBTQ Representation in Love Life: We Definitely Want to Do That
Related News
Lifestyle
Recent Posts