Guns N’ Roses last studio album was Chinese Democracy, released in 2008. But since their Not In This Lifetime… Tour, the band have been working on new material together. Now Slash has given an exciting update on Guns N’ Roses new album.

Speaking with Sweetwater, Slash said: “I’ve been pretty much a homebody.

“But I’ve been back and forth between my studio in the house and doing a lot of writing and recording on my own.

“And I’ve been doing stuff like that, so we’ve been getting some work done that way. But I haven’t been doing much else.” 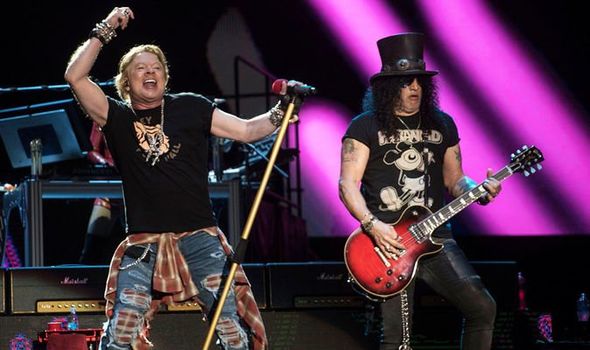 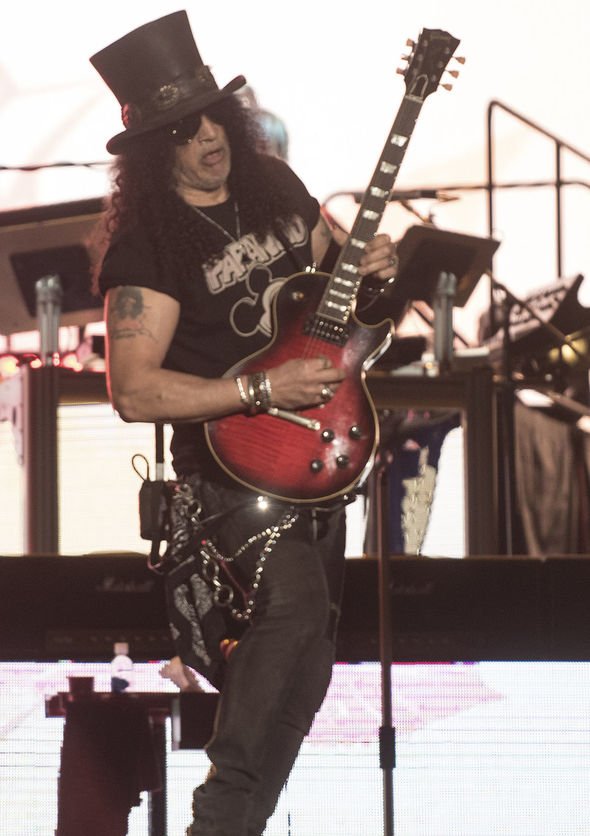 Back in January, Slash did admit the new Guns N’ Roses album was in doubt due to the music industry’s changes.

Speaking with Guitar.com, Slash said: “There’s been no definitive answer on anything and I’ll just keep to that.” 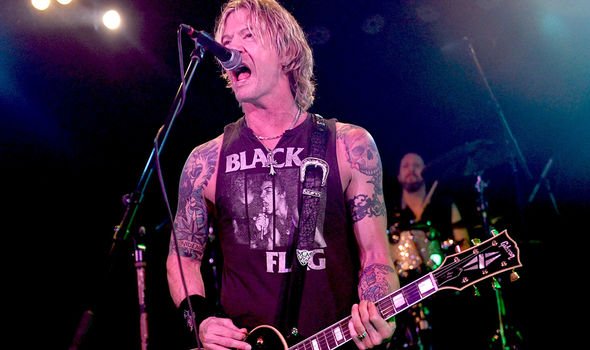 Slash continued: “Stuff is happening, but there are no specifics.

“More than anything, it’s because of the nature of the industry right now.

“It’s just like, how do you want to do this?

“I mean there’s material and there’s recording and there’s s*** going on, but we’re not really sure what we’re doing with it right now.”

The outlet pointed out that the music industry in 2020 is very different to how it was when Chinese Democracy was released in 2008.

“And there’s a handful of people that are like, ‘We don’t even know what buying a record is any more!’”

Back in 2016, Express.co.uk spoke with the band’s former manager Vicky Hamilton, who revealed he favourite crazy story from the band’s early days.

She said: “One day I was driving Guns N’ Roses to rehearsal in a friend of mine’s car who had kids. And there were Ernie and Bert [Sesame Street toys] in the back seat.

“I said, ‘Don’t mess with his kids’ toys.’ The next thing I know, I’m driving along and I smell burning.”

“Axl was in the front seat with me and I look back to see they’ve taken Ernie and Bert, tied guitar strings around their necks and have them smoking cigarettes while being dangled out the window. I was like, ‘You’ve got to be kidding me.’ I was so pissed. I mean now it’s funny but it wasn’t funny then.”