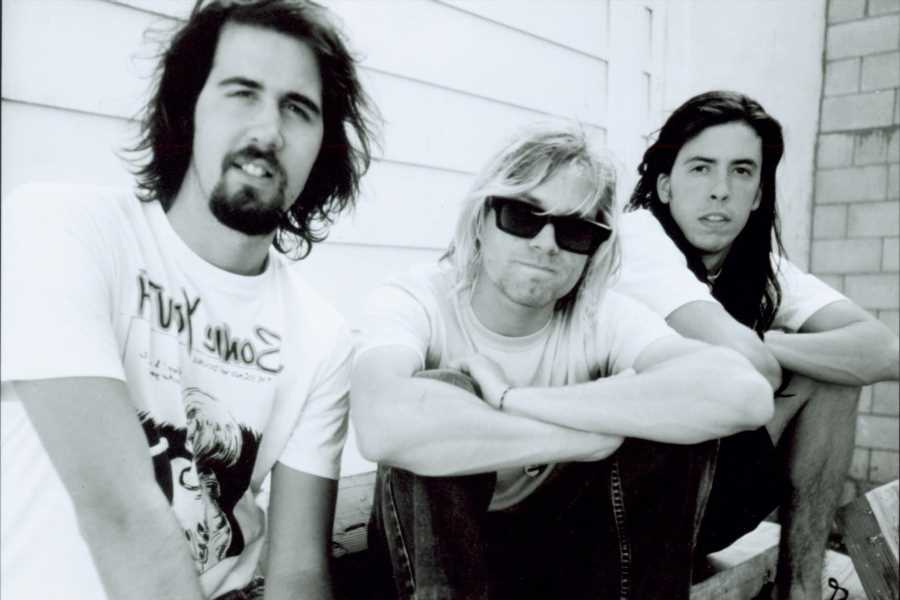 It took roughly four months for Nirvana to become NIRVANA.

You already know the mythology: Two duders about 100 miles outside of Seattle (Kurt Cobain and bassist Krist Novoselic) recruited a Virginia-based drummer (Dave Grohl) and put out the band’s grungy second album, Nevermind, on September 24th, 1991. Then, in a Tasmanian Devil cyclone of flannel, cheerleaders, and ohwellwhatevernevermind, they redefined pop music for a couple of years as a crucible for angst. But in reality, as this new box set, which commemorates the record’s 30th anniversary by pairing the original album with four live recordings, demonstrates, the trio’s transformation into rock deities didn’t occur literally overnight. On the official concert bootlegs here, the trio chronicles its improbable ascent to superstardom. The concerts date between November 1991 and February 1992 showing how the band’s growth over just a few months was remarkable.

Foo Fighters Celebrate Unity, Longevity in Rock Hall Speeches: 'We Stick Together Like a Family'

'Silence of the Lambs': The Complete Buffalo Bill Story

How True Is 'Respect'? Fact-Checking the Aretha Franklin Biopic

And while yet another super-deluxe Nevermind box set might seem on the surface like a pale cash-in for the unlikeliest of “corporate rock whores” (as one of their own T-shirts once chintzily described them), the collection tells a fresh, unique story. Where the 20th anniversary anthology showed their creative process leading up to Nevermind’s release through demos, rehearsal tapes, rough mixes, and other detritus, this one shows what happened next.

When Nirvana played Amsterdam’s Paradiso on November 25th, 1991 — included here both as audio and video on a Blu-ray — they still seem frozen in the indie-rock ways of their debut album, 1989’s Bleach. On the concert film, footage from which previously appeared on their Live! Tonight! Sold Out!! home video, Cobain stands stock still for much of the set, as shirtless Dutch stage divers cavort around him and Novoselic; other than when the singer-guitarist topples Grohl’s drum kit at the end of the set, the only real drama occurs when he gently sets his microphone on the floor for “Breed,” crouching every time he yelps “she said.”

Despite a thin sounding mix that undersells the band’s bottom end (the concert was recorded for Dutch public television), Cobain’s voice sounds raw and magnificent throughout, and Novoselic and Grohl match his precision even in awkward moments, like the noise-rock breakdown in “Drain You” (which sounds even more like the Velvet Underground’s “Black Angel’s Death Song” live.) The only rough patch comes when Cobain torpedoes “Come as You Are” by caterwauling the lyrics as disgustingly as possible after a quasi–hissy fit because he couldn’t tune his guitar correctly.

Novoselic, clad in a K Records T, is the most animated member, bouncing up and down and wiggling, while Grohl, then aged 22 (wearing a Hole shirt), simply looks happy to be there. When one stage diver dances a jig during “Love Buzz,” Grohl goofily sings the Village People’s “Macho Man” in time to the riff. They were still living the anti–rock star ethos they preached (the bumper sticker on Cobain’s guitar reads: “Vandalism: Beautiful as a rock in a cop’s face”) and, mostly, they played brilliantly. It’s a shame this is the only concert video included here because they sound progressively better on each of the concerts that follow; you have to imagine how they ratcheted up their performances leading up to In Utero (or just cue up their Live at Reading film).

A month after the Dutch gig, the band played an abridged version of the same set list for an opening gig between Pearl Jam and the Red Hot Chili Peppers in Del Mar, California. The mix sounds fuller with more Novoselic up front (two tracks appeared as B sides on the “In Bloom” single, and Nevermind mixing engineer Andy Wallace mixed the entire concert) and every time Cobain opens his mouth you can practically hear the vocal nodules growing as he shreds his cords. “Smells Like Teen Spirit” sounds gloriously sloppy and animated, and the band’s collective power drives “Lithium” anytime Cobain howls “Yeaah” in the chorus — it’s a welcome reminder that only three musicians could sound like a runaway dump truck whenever they wanted to.

But the real magic in the box set manifests during the band’s Melbourne gig on February 1st, 1992. Cobain urges the crowd to sing along with him on “Lithium” — a track that hadn’t even come out as a single yet — and the audience nearly drowns him out, gleefully belting his lyrics about feeling simultaneously happy and ugly and not caring who knows it. Cobain sounds so into it, he forgot to kick on his distortion pedal for the song’s primal “yeah” chorus. When the band plays “Polly” later in the set, Cobain doesn’t even need to ask the audience to sing along — it knows what to do. When the group finishes, after a jam that features Grohl reciting Spinal Tap’s “Stonehenge” monologue, the audience chants, “We want more,” over and over.

The concert is surprising since the audiences in the first two live recordings come off relatively reserved (other than stage diving) so the sing-alongs mark a noticeable turning point when the crowd becomes an equal player in the Nirvana story; it’s the moment when the band graduates from indie sensations to pop stars — and, contrary to the Cobain mythology that followed, you can hear the band enjoy becoming mainstream.

By the band’s Tokyo gig three weeks later, their metamorphosis into Gen-X Beatles is complete. They come off confident and self-assured on this collection’s final live recording; they even play “Smells Like Teen Spirit” last instead of jamming it into the middle of the set, as was their usual habit. Their performances of “Lithium,” “About a Girl,” and “Teen Spirit” at this gig are the best of the live renditions; Cobain even plays a distortion-filled feedback solo on the latter hit, confirming his qualifications both as both guitar hero and anti–guitar hero (witness also his country twang playing on “Breed”). The smoothness of Grohl’s backing vocals play beautifully off Cobain’s acidic howling on “On a Plain” and “Polly,” and Grohl even explains he’s feeling healthy that night, after a bout of flu, thanks to a serum a doctor had given him that contains “Chinese herbs, and it has cow sperm in it, and it’s got like lizard penis scrapings.” (On “School,” Cobain sings and screams “Drinking cow sperm again” instead of “You’re in high school again.”) It’s a fun, silly set showing how the band gamely transitioned into fame and even enjoyed it for a bit before the world crashed down on them two years later.

The Tokyo concert is also the best-sounding boot of the bunch, not that any of them sound particularly bad. Although the concerts here will likely offer nothing new to diehard Nirvaniacs — each has circulated on the bootleg market for years — none of them have never sounded this good. Part of that might be because Bleach producer Jack Endino, who in recent years has previously freshened up great reissues for Soundgarden and Green River, had a hand in preparing each of them, though it could also be that the folks who recorded the concerts originally might have realized they were documenting history. (Aside: These concerts also make a good case that the band should have figured out a way to get the underrated “Teen Spirit” B side “Aneurysm” on the track list for Nevermind.)

As for Nevermind itself, the album sounds as aggressive, poppy, stupid, and contagious as when it came out. Though in the context of today, it’s unlikely an album with so many lyrics about guns (literally the LP’s first words are “Load up on guns”) or first-person accounts of sexual assault (“Polly” and whatever the hell Cobain meant by “I’m so horny, that’s OK, my will is good” on “Lithium”) would appeal to today’s teenagers, who cope with tragedy through sincerity more than the irony of Generation X. But then again, Cobain described his generation at the time as still making sense of Reagan-era corruption a few years earlier, and that’s not too different from the post-Trump era. In that regard, the times change but the angst remains the same.

What matters now is the way Cobain impressionistically strung words, seemingly haphazardly, into lyrics and how those words made still made sense as a mood; it remains one of the greatest feats of pop art this side of Warhol. “Smells Like Teen Spirit” has no narrative to it; it’s simply a feeling that affected millions. At the time, critics pegged Nirvana as being like the Replacements but less witty, but there’s a reason Nevermind entered the pop stratosphere and Tim didn’t: It’s the way Cobain paired those words, sung in a primal scream, with blunt, guileless riffs that sounded a bit like the Sex Pistols attempting an Aerosmith cover. The effect is very direct. In that regard, Nevermind isn’t really punk or nihilistic; it’s the sound of accepting disillusionment.

The curious thing now is how Cobain’s disenchantment got him everything he craved — recognition, critical plaudits, fame, validation — and how he sounds happy here, as his fans sing along with all his pretty songs even if they don’t know what they meant. The experience was likely inspiring, because within a year he started taking agency over his legacy. He forced Novoselic and Grohl to sign a legal document to retroactively grant him the rights to most of the songs (the credits in this reissue do not say “Music by Nirvana,” as the original album did, for a reason), and he almost split up the band in the process, but for once he might have felt pride in his convictions and his talent. Tragically, that feeling was fleeting. This box set is important because it captures Nirvana approaching their most manic high; it’s a snapshot from the top of the roller coaster waiting for the plunge. 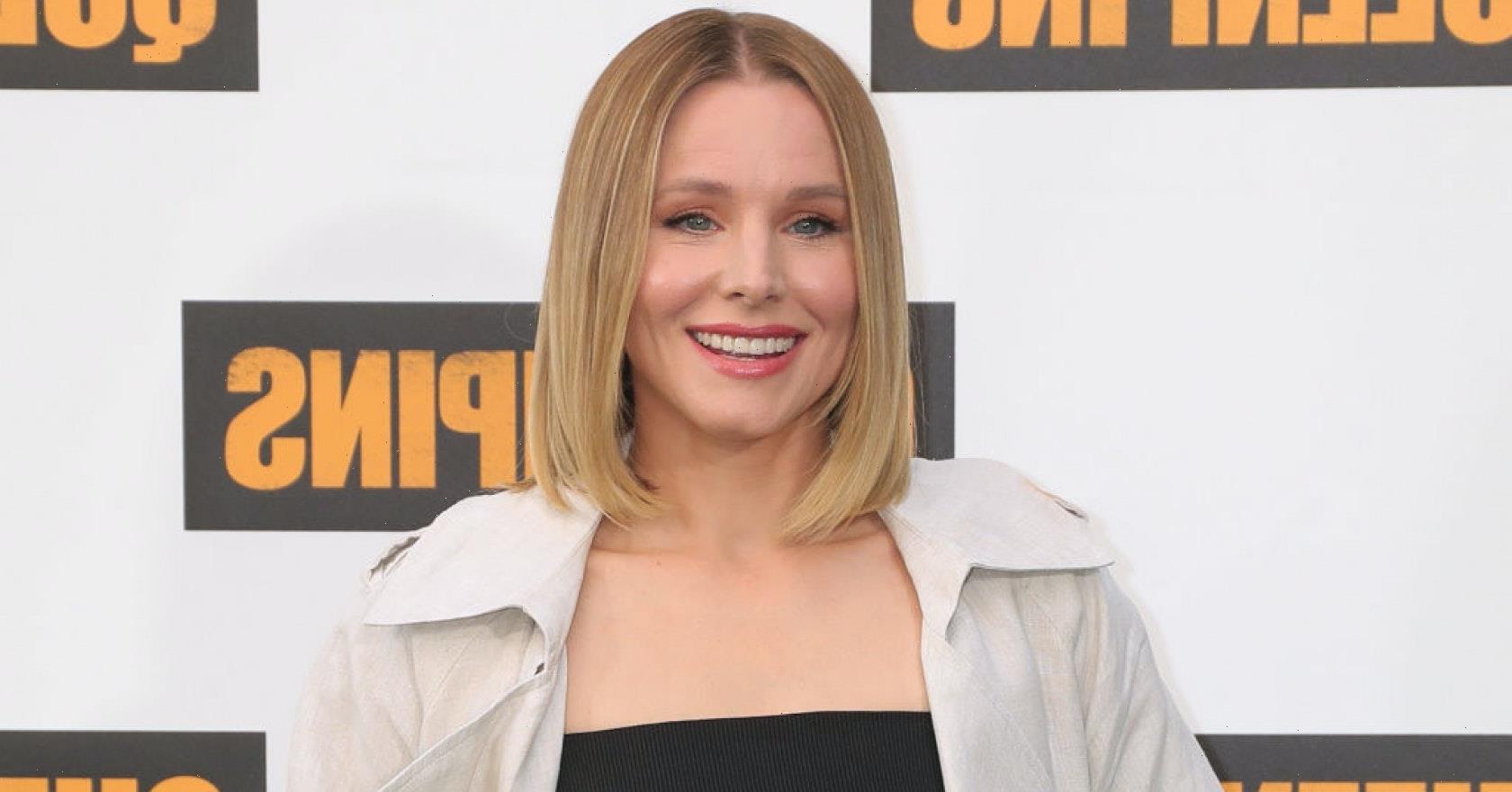 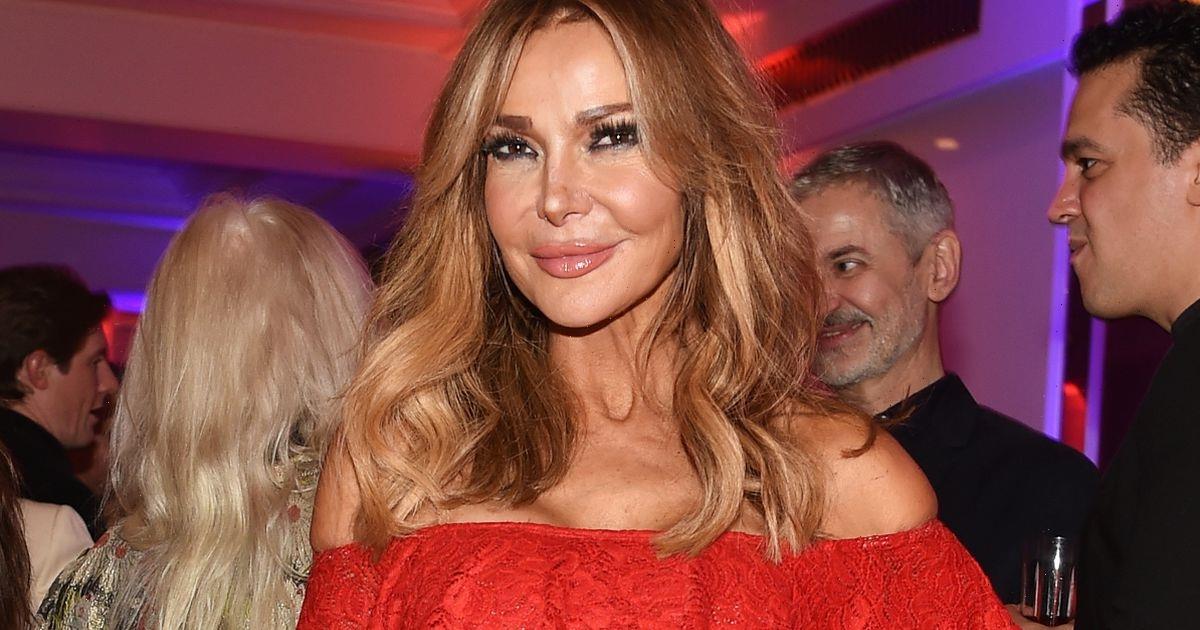