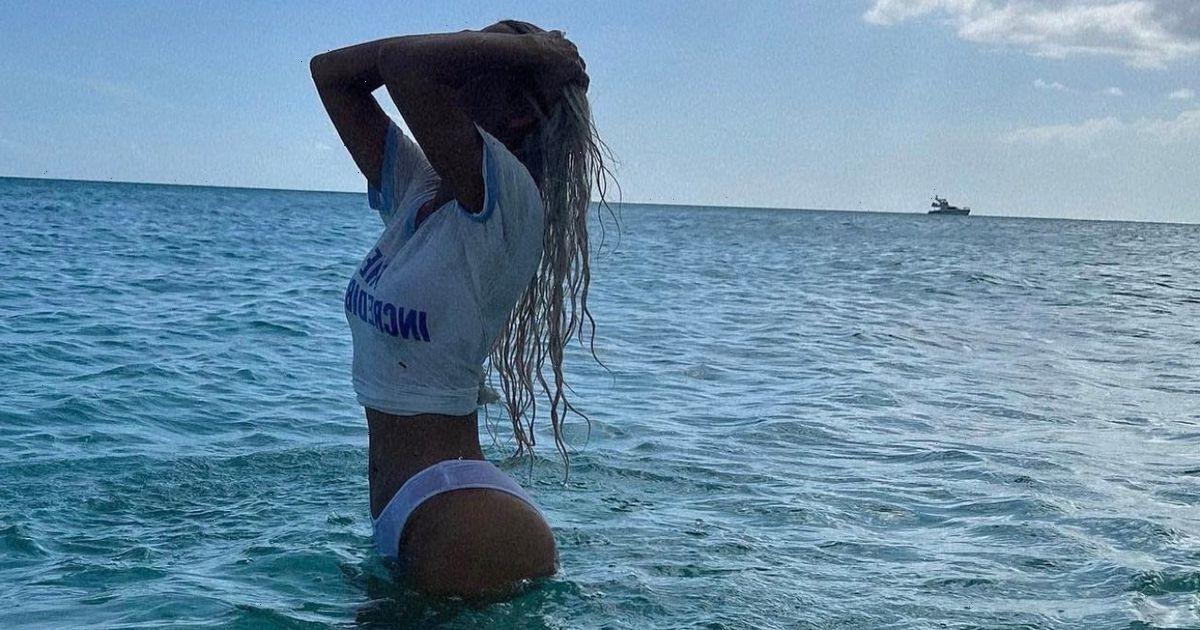 Kim Kardashian has uploaded a series of selfies to social media of herself, wearing only a wet t-shirt over a tiny white bikini.

The reality star, 41, was photographed in the ocean, frolicking in thigh-high water under a bright blue sky.

She was snapped in a variety of poses, some as she held her bleach blonde hair back, still wet from the sea water, and a couple of her walking in the shores towards the camera.

Kim's white and blue "The Incredibles" t-shirt went see-through after she took a dip in the sea, leaving her tiny white bikini visible, which accentuated her bronzed tan.

The reality star didn't confirm where she was nor provide a caption for the images.

Fans were quick to comment however, with one writing: "So pretty, Kim! (heart eye emoji)", while a second added wrote: "Love this Kim (red heart emoji)."

A third typed: "Queen!! Even with out make up!! #QWEEEEN!" While a fourth commented: "This blonde era is (flame emojis)."

It came after rumours that Kim recently split from her boyfriend, Pete Davidson, after the pair were seen to be spending an increasing amount of time apart of late.

Pete has been in Cairns, Australia, since last month to shoot a film, however his stay has been elongated due to a crew member on the set testing positive for Covid-19.

Kim already made the trip to Australia via private jet to visit her beau while he filmed his new movie, Wizards!

On the split rumours, a source close to Kim told E! News: "The distance hasn't been an issue for Kim and Pete's relationship while he's been away filming. They are still going strong and making it work."

The source added: "Pete plans to come back to LA after filming wraps to spend time with her for a few days." 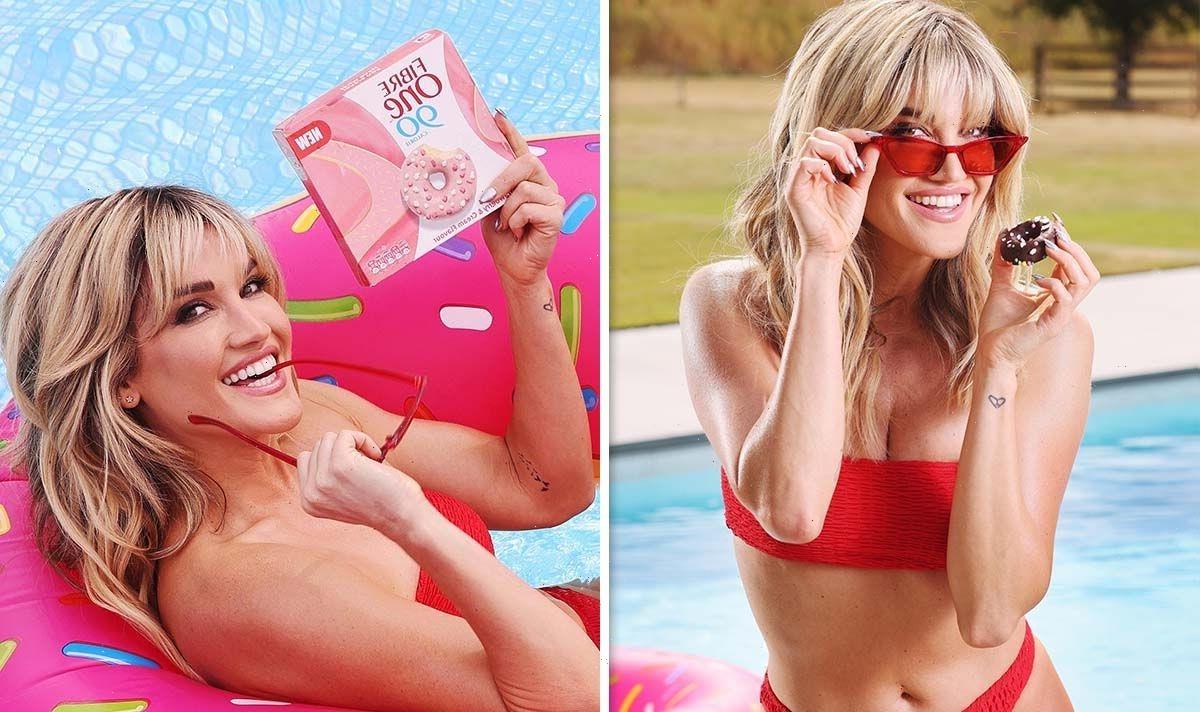