Liam Payne has given fans fresh hope that a One Direction reunion might not be completely off the cards.

The singing superstar took to Instagram for an impromptu Q&A with his followers after debuting his newly sheared locks last week.

Liam had been letting lockdown have its own way as he grew out his natural hair into a shaggy style, with some fans comparing him to "Jesus".

He even had BAFTAs viewers distracted by his shaggy look, as he kicked off the night with an incredible CGI performance.

Liam wore a motion-capture suit in the AR studio, which helped to track his movement and audio data with 50 sensors and 36 cameras. And he left some fans devastated when he showed off his hair transformation earlier this week.

But as one fan commented: "You look super young with this haircut!" Liam had jaws dropping the world over.

"Well, we’re actually reforming One Direction, and we’ve all got to look exactly as we did before we left," he joked, "so that we can carry on the TV series as is."

Liam was giggling as he added: "Imagine if we just flashed back and it was like everybody else on the day we left and 'ah, no, we never even left!' In an alternative universe!" One Direction officially announced their hiatus in 2016, after Zayn Malick quit the band just two months into the On The Road Again Tour.

Since then, all five former members have embarked on solo careers and catapulted to fame in their own right. But it appears Liam hasn’t fallen completely out of touch with his fellow band members, as a fan commented in the Insta Live: "You should call Louis!"

"I did call Louis!" Liam said, grinning. "I called Louis on the way to and from the shops [and] I realised I hadn’t got a mask so we had a good laugh about that. I don’t know why that’s funny but it apparently was!"

Liam also commented on his painting skills, after leaving fans speechless at his artistic talents during Prince Philip’s funeral on Saturday. 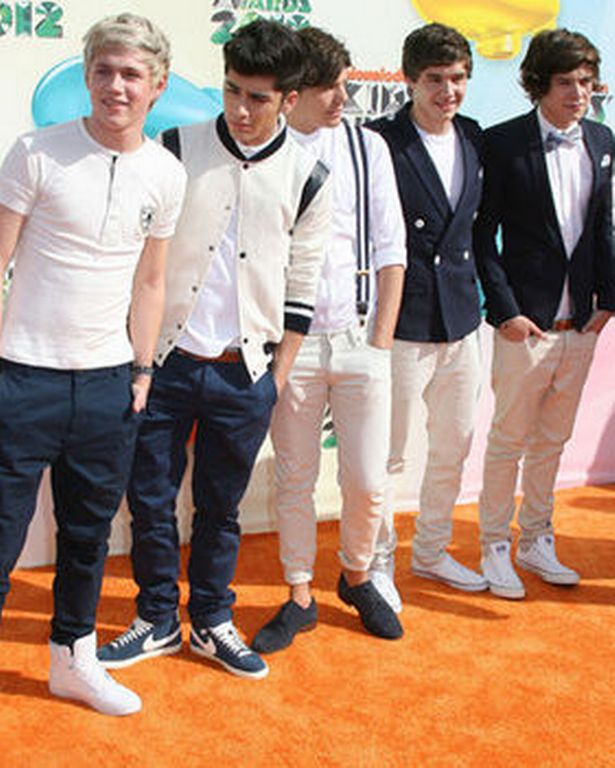 Liam posted a painting of the Duke of Edinburgh in his military finery, but has previously shared portraits of the Queen, along with a sleepy monochrome self-portrait sketch.

And when asked what his favourite rock band is, Liam confirmed it was classic rock legends AC/DC.

But while it remains to be seen whether One Direction will ever bring their hiatus to an end, one thing's for sure – fans definitely have their fingers crossed.