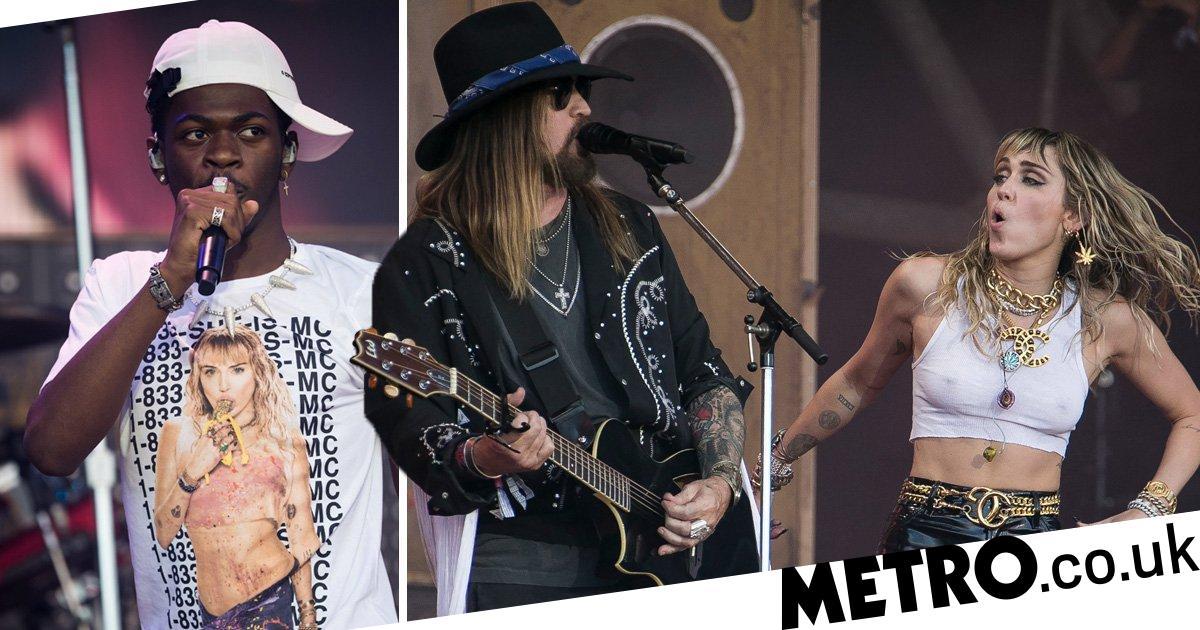 Miley Cyrus brought out two special guests for her set at Glastonbury today.

Miley took to the Pyramid Stage at the Worthy Farm festival for a raucous set.

Dressed in tight PVC leather trousers and hat, a white crop top and OTT jewellery, she belted out her hits old and new for the crowd.

One highlight of her set came towards the finale when she was joined on stage by her dad Billy Ray and Lil Nas X for a rendition of Lil Nas X’s smash hit Old Town Road. He then went on to perform new track Panini.

Lil Nas wore a white cap turned sideways with a denim jacket over a T-shirt that had Miley’s face on it, teaming it with blue jeans and white trainers.

Meanwhile Billy wore his trademark black hat and a jacket with long white tassels on the sleeves.

Lil Nas X is over in the UK and previously tweeted photos of himself with Billie Eilish, who was also playing the festival.

Reflecting on the incredible moment with the Cyruses, the star tweeted a short clip of himself on stage, writing: ‘My first time in another country!!! Insane.’

Midway through performing Nothing Breaks Like A Heart with Mark Ronson, she switched to Back To Black by the late Winehouse. She then covered Led Zeppelin’s Black Dog and Nothing Else Matters by Metallica.

The Wrecking Ball singer also treated fans to songs from her upcoming album She Is Coming as well as older tracks like We Can’t Stop and Party In The USA.

And she went meta with a performance of On A Roll as her Black Mirror character Ashley O, following it up with a Nine Inch Nails cover of Head Like A Hole.

Party Up the Street

Kylie Minogue, Billie Eilish, Years and Years and The Cure were also among the acts on Sunday.

Sir David Attenborough also made an appearance just before Kylie’s set, thanking the Glastonbury crowd for cutting back on their use of plastic. 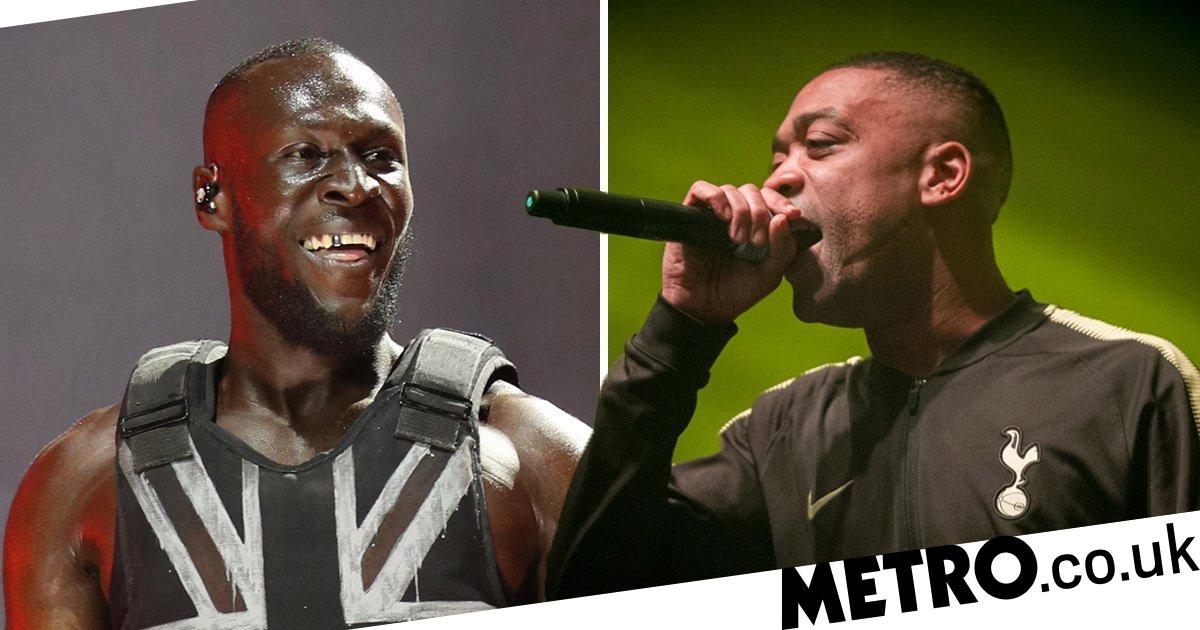 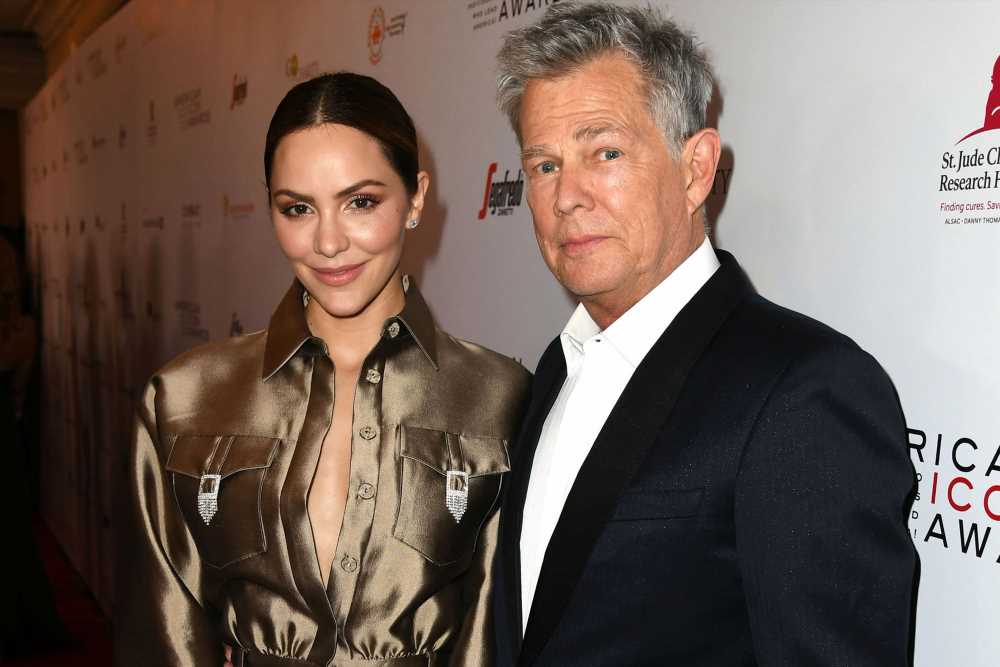