When The Beatles got to their Revolver album (1966), they were working on a completely different level than they had when they first arrived in America in 1964. You wouldn’t hear tracks like “Love Me Do” and “I Want to Hold Your Hand” coming from the band anymore.

In their place, John Lennon was pushing out one-chord songs like “Tomorrow Never Knows” and the acid-tinged “I’m Only Sleeping” that featured a backwards guitar solo by George Harrison.

Meanwhile, George notched a personal-best three tracks and Paul McCartney reached a new peak with ballads like “For No One” and “Here, There and Everywhere.” In short, they poured everything they had into the record — all the way down to a last-minute session for “She Said She Said.”

But the one thing the Fab Four didn’t consider very much was the title. It wasn’t until days after the recordings were finished that they came up with a name for their groundbreaking record. Prior to settling on Revolver, they almost ran with a terrible title suggested by Ringo.

Ringo pitched ‘After Geography,’ a goofy pun on a ’66 Stones release. 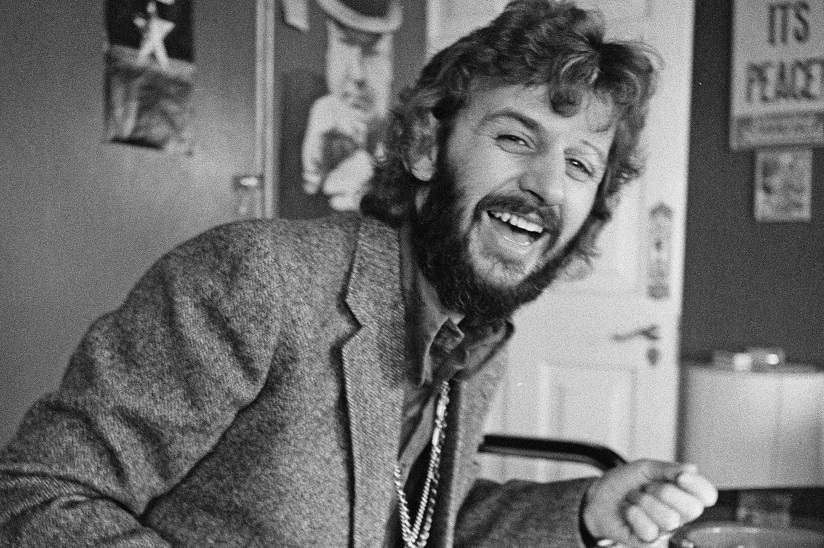 In the mid-’60s, the Beatles had a friendly rivalry going with the Rolling Stones. Whenever the Fab Four put a record out, they’d notice a musical response by the Stones on their next album. But with Revolver, they’d had something they believed no one could copy.

Nonetheless, Ringo thought he’d have a bit of fun at the Stones’ expense. According to Barry Miles in Many Years From Now, Ringo suggested After Geography for the title of the masterpiece. (The Stones had just released the Aftermath LP in April, so it was his idea of topical humor.)

For CD buyers and others who’ve picked up reissues of Aftermath, the joke probably sounds even worse than it is. On the original 12-inch record release, the cover design featured “After” and “Math” separated by a hyphen (i.e., two levels of text).

That reminded Ringo of the days when he used to attend school and wonder what he’d do “after math class” and so forth. Luckily, The Beatles decided against his goofball idea.

The Beatles considered several other weak titles before landing on ‘Revolver.’ 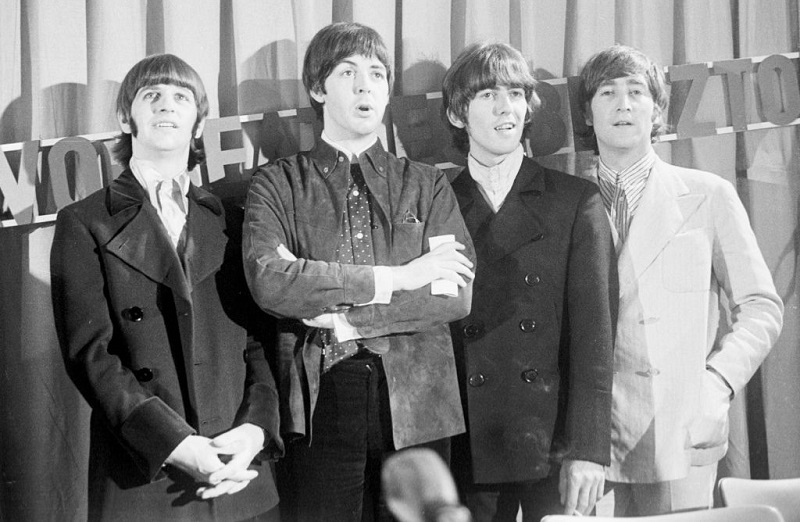 Ringo wasn’t the only Beatle with a bad idea when it came to the album’s title. According to Miles, they originally wanted to call it Abracadabra, which would have been good for a few million laughs over the years.

Moving on from there, John suggested Beatles on Safari, while Paul liked Magic Circle. (Though John later called Revolver “the acid album,” Paul remained the lone Beatle who hadn’t experimented with the drug up to that point.) Inexplicably, someone even came up with Fat Man and Bobby.

What does it refer to? Nothing special. According to Ringo, it’s the LP itself, “because the record goes ’round.”