Despite only having one album under her belt, SZA has managed to cement herself as one of R&B’s biggest stars of today.

As previously reported, the “Love Galore” hitmaker kickstarted her career as an independent artist when releasing her first two EPs, “See.SZA.Run” and “S.” It wasn’t until 2013, when she signed a deal with Top Dawg Entertainment, that she would start selling millions of records around the world, though. In 2017, SZA dropped her long-awaited debut studio album, “Ctrl,” which has been certified double platinum by the RIAA after selling more than 2 million copies in the US alone. The record peaked within the top 3 on the US Billboard 200 and helped SZA earn herself five Grammy Award nominations.

SZA has remained relevant over the years by collaborating with the likes of Kendrick Lamar, Doja Cat, and Ty Dolla $ign. Fans have been eagerly awaiting a new album for a number of years and it seems they might have to wait a little longer than they had hoped. Keep reading to find out why SZA’s next release has been delayed.

SZA might be scrapping the new album she planned to release 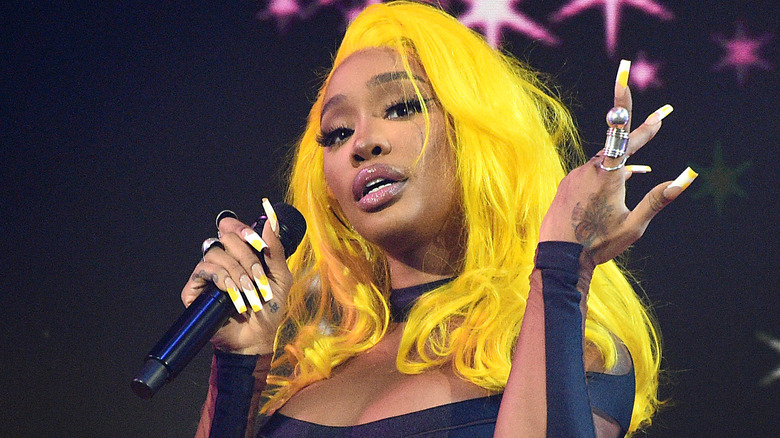 Loyal fans of SZA might have been waiting for a sophomore album since the release of 2017’s “Ctrl,” but it appears they are going to have to wait just a little bit longer. In an interview with WWD, the “Kiss Me More” singer stated that she wants listeners to be “pleasantly surprised” with the new material However, she did say she might “scrap” the LP she has already made and start all over.

“I’m actually probably about to scrap all of it and start from scratch,” SZA said, adding, “I think they’ll be surprised to know that it’s not what they thought, and it’s not coming when they thought. I hope that they’ll be pleasantly surprised.”

As previously reported by Music-News, SZA performed as part of the IN BLOOM in collaboration with Grey Goose virtual event and treated fans to a new, unreleased song titled “Shirt.” It hasn’t been confirmed whether or not the track will make the final album at this point, however. In 2020, SZA dropped two new singles, “Hits Different” and “Good Days,” which could also be a part of her second album. We’re waiting patiently, SZA!

Tags: About, Know, Secon, SZA's, We, What
Recent Posts