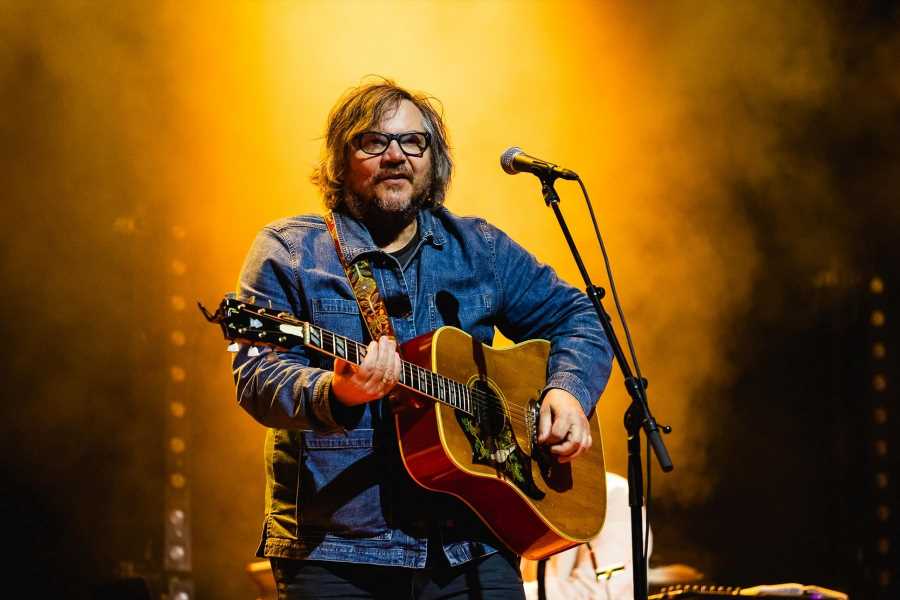 The audience didn’t know what to make of the strange, dissonant sounds coming from the four musicians onstage at New York’s United Palace on April 16. Swift, dive-bombing squeals and nervous rhythms poured out of the Aizuri Quartet‘s instruments for 10 minutes straight. They paused; the crowd applauded, a little confused. Then the musicians kept playing for another 20 minutes of their unannounced opening set for Wilco’s second of eight shows celebrating the 20th anniversary of Yankee Hotel Foxtrot. At times a hint of a familiar melody snuck into the otherwise dizzying composition. When they finished, the string quartet got a standing ovation.

The idea was to bring back a little of the challenge that Yankee Hotel Foxtrot had the first time around — the feeling of “What the hell is this?” that the music evoked in the major-label suits who infamously rejected Wilco’s fourth album for release in 2001. By the time the album made it to fans on the internet that fall, another narrative had begun to take shape, and by the time it was released as a CD in April 2002, most indie connoisseurs were in wide agreement that YHF wasn’t a mistake at all, but Wilco’s melancholy masterpiece.

Twenty years later, that story is untouchable canon. Nonesuch, the label that rescued the album from its corporate purgatory in 2002, is announcing a giant deluxe reissue of Yankee Hotel Foxtrot today, out September 16: Eleven LPs and eight CDs packed with dozens of never-before-heard demos, outtakes, instrumentals, and live performances, plus liner notes by rock historian Bob Mehr. It’s a serious treasure trove for the kind of Wilco fans who still know the words to YHF cast-offs like “Cars Can’t Escape” and remember seeing the high-wire shows they played that fall, or wish they had.

The upcoming box set mirrors the reverent archival treatment given to classic-rock monuments like Abbey Road and Led Zeppelin IV in a way that’s satisfying for those longtime fans. You get the sense it might not thrill Jeff Tweedy, though. He’s never been big on looking backward; that’s why he blew up the mid-Nineties roots-rock version of Wilco and guided the band toward Yankee Hotel Foxtrot in the first place. “Doing these shows was very challenging for us,” he admitted to the New York crowd during Saturday’s encore. “In our career, we’ve tried hard not to be nostalgic. We’ve resisted temptation.”

He credited the Aizuri Quartet’s avant-garde chamber music with representing “the world of beauty and creativity that we wanted to be part of” when they made Yankee Hotel Foxtrot. “That’s what we were striving for,” he added from the stage. “Something that was not rock & roll.”

Wilco perform during the opening night of the band’s ‘Yankee Hotel Foxtrot’ anniversary shows at the United Palace in New York.

Performing the full album with the original instruments used for its recording, plus the string quartet and a brass section to help restore its shifting-quicksand studio arrangements, Wilco succeeded in giving Yankee Hotel Foxtrot back some of its arty, ambitious edge. The quality that came though most clearly, though, was the darkness at the album’s core: the frank streak of self-loathing that runs through “Radio Cure” (“There is something wrong with me”) to “Ashes of American Flags” (“I know I would die if I could come back new”) and “Reservations” (“How can I convince you it’s me I don’t like?”). Hearing some of those songs scattered through other set lists, those lines might skate by, but taken all together, live and in person, they have an intensity you don’t get from every Wilco show.

Countering those lows were the warm country-soul balm of “Jesus, Etc.,” the bright power-pop release of “Heavy Metal Drummer,” and the exultant horn-section uplift of “I’m the Man Who Loves You” — songs you might enjoy hearing on any given night with Wilco, but ones that felt particularly rewarding in this context. (The words “I miss the innocence I’ve known” hit differently in 2022.) The band sounded dialed-in and focused; drummer Glenn Kotche, who joined the band during the making of YHF, played like a man possessed, and guitarist Nels Cline, who came aboard two years after the album’s release, handled each electric mini-solo and noisy feedback crescendo with precision.

At the end of the main set, Tweedy bowed to the audience as floodlights came up and the band kept the murky underwater sounds and slow piano chords going. They held that coda for a long couple of minutes, honoring the album’s weird sorrow along with its moments of redemption.

Part of the emotional impact of listening to YHF now comes from knowing that Tweedy got through to the other side. He’s been sober for years, has a happy family life, and seems generally like a very creatively fulfilled guy. Wilco could have imploded in 2001, but they didn’t.

For Tweedy, the tense mythology around the album’s creation has always been a bit exaggerated. “The making-of-the-music part, across the board, for any record that I’ve ever been a part of, has been the thing that’s sustained me my whole life,” he said, speaking with RS a few days before the anniversary shows began. “That’s the part I love. It has generally been conflict-free. … Even in the middle of some of the upheavals personality-wise, all of the records feel that way to me. Certainly, even the ones where I look back and I know I was in terrible shape, physically and emotionally, my memories of the music-making are like, ‘Wow, that was a part of the day where I felt good.’”

In the encore on Saturday in New York, he dedicated a few songs to multi-instrumentalist Jay Bennett, who left Wilco in acrimonious circumstances after the making of YHF, and who sadly died of an overdose a few years later. It was a bittersweet, generous acknowledgement of someone who contributed a lot to the creative ferment of those years.

Wilco went on to close the encore with a barn-burning run of three songs from 1996’s Being There — “Red-Eyed and Blue,” “I Got You (At the End of the Century),” “Outtasite (Outta Mind).” They sounded great, like the loose, Stones-y rock & roll band that Tweedy would spend the next five years running away from at top speed. These days, there’s no need to fight it. They know they can be both bands and more. 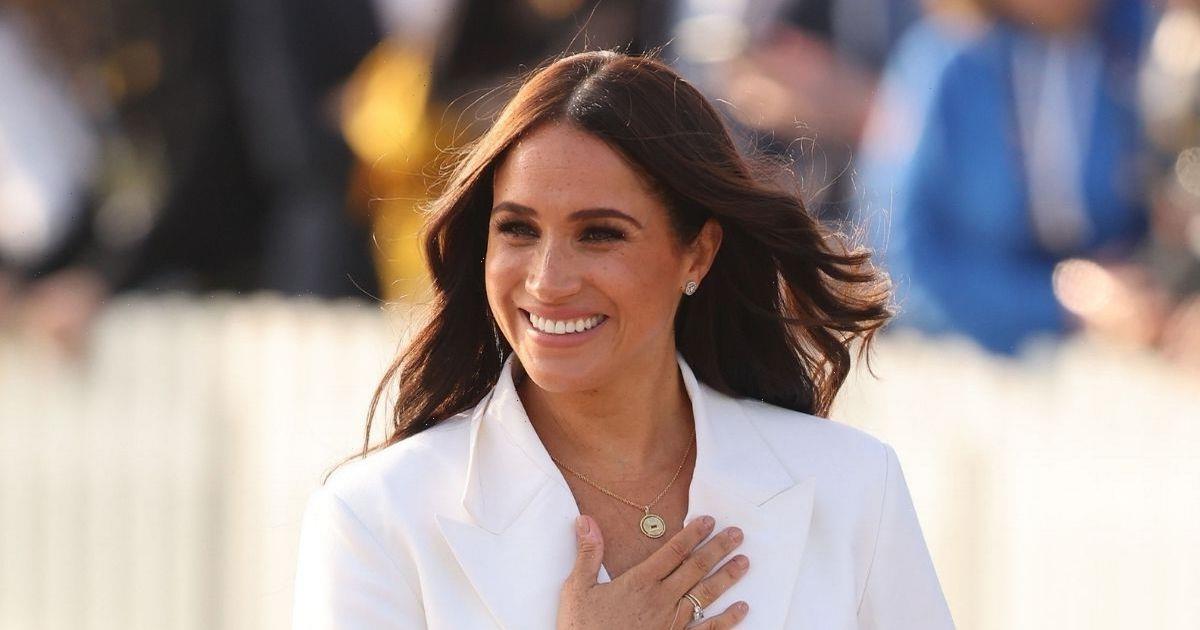 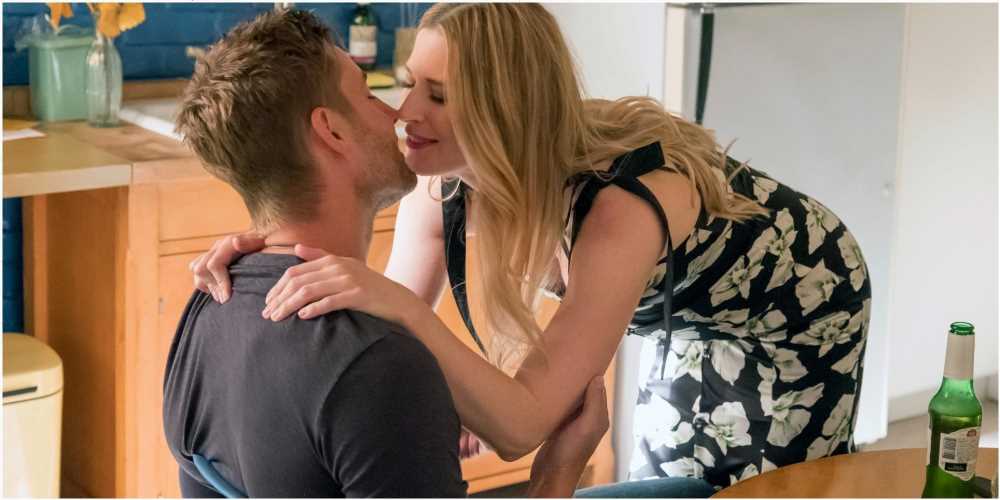 Next post 'This Is Us' Fans Feel Duped: After 6 Seasons Writers Appear to Have Planned Kevin and Sophie Reunion All Along
Related News
Lifestyle
Recent Posts