The Real Housewives of Beverly Hills is easily one of the most dramatic franchises of all time.

From affairs to scandals, the ladies in the 90210 zip code know how to really go after someone.

Over the years, there have been some intense feuds to come from the franchise. Some of them have been mended and reconciled while others remain just as complicated today as they were back then.

With enough foul-mouthed insults and backstabbing to go around, The Real Housewives of Beverly Hills ladies know how to throw down.

These are the craziest feuds from RHOBH in the 10 years it has been on the air. 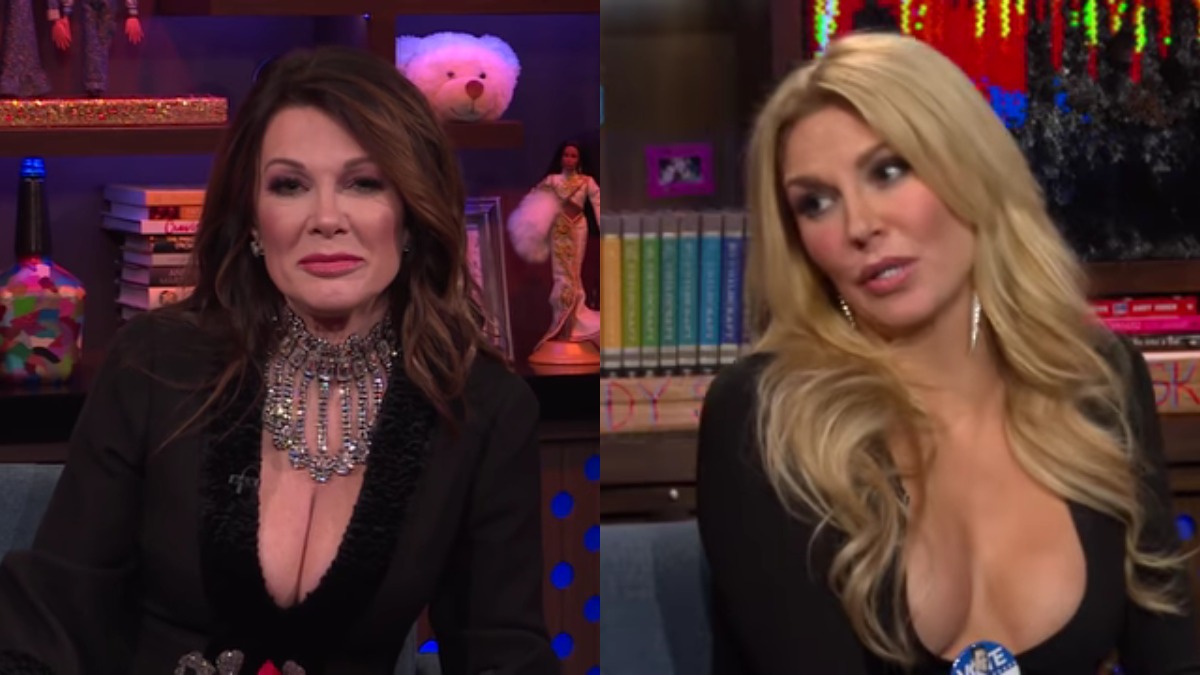 While they used to be friends, Brandi Glanville and Lisa Vanderpump went toe-to-toe on The Real Housewives of Beverly Hills.

During Season 3, Brandi and Lisa forged a bond. It was awkward given what had transpired between the two but it appeared they were going to be friends.

Unfortunately, that didn’t last too long. Brandi managed to get upset about Lisa and her working relationship with Scheana Marie. After all, the SURver was one of the women with whom Brandi’s then-husband, Eddie Cibrian had an affair.

Despite that, Lisa was able to get the two women to talk. When Scheana popped up again, that was the beginning of the end. The women had a falling out. In an attempt to extend an olive branch, Brandi popped off and asked if Lisa wanted her to lick her ladyparts. Awkward doesn’t even begin to describe that moment.

Season 5 of RHOBH was when Brandi Glanville thought it would be cute to slap Lisa Vanderpump. That was one of the most pivotal moments in the feud, and the fact that Brandi felt confident doing that on camera was wild.

And with that, Brandi Glanville exited the franchise as an actual cast member, though she has been back for appearances several times since.

Today, Brandi Glanville and Lisa Vanderpump still haven’t reconciled. Their friendship ran its course, and now it is time for them to move on. 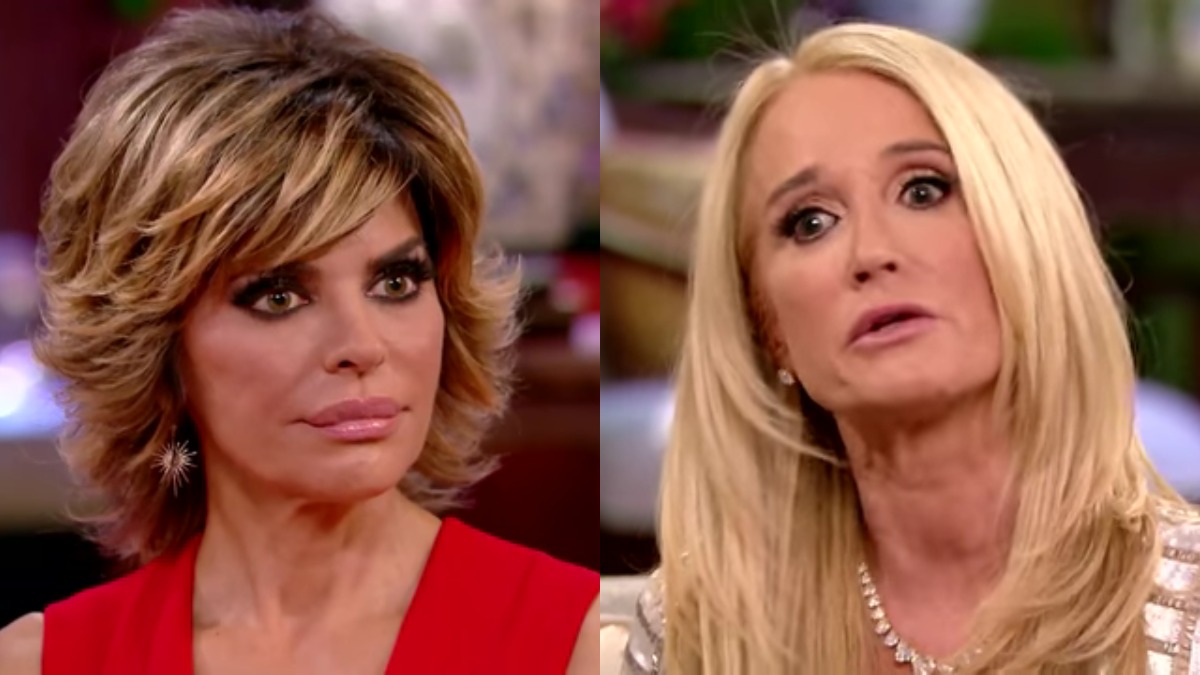 Where is the bunny when you need it?

Lisa Rinna and Kim Richards had a massive feud going on The Real Housewives of Beverly Hills. It was so bad that when the former soap vixen brought a gift for Kim’s new grandbaby as a nice gesture, it was returned to her at the reunion. It is now on display in the Watch What Happens Live clubhouse where Andy Cohen hosts his show.

Both Lisa and Kim have gone rounds with one another. From drug abuse accusations to Kim bringing up Harry Hamlin, things between these two women were tense as ever.

It didn’t get better for quite some time. Lisa was condescending toward Kim, often mocking her at every turn. It was clear that these two women were totally different people and moving past everything that happened wasn’t on the radar for either woman.

Fortunately, after several attempts at making nice and being able to tolerate one another, Lisa Rinna and Kim Richards can actually stand to be in the same room. Their daughters are close, which leaves the ladies no choice but to suck it up and get along. 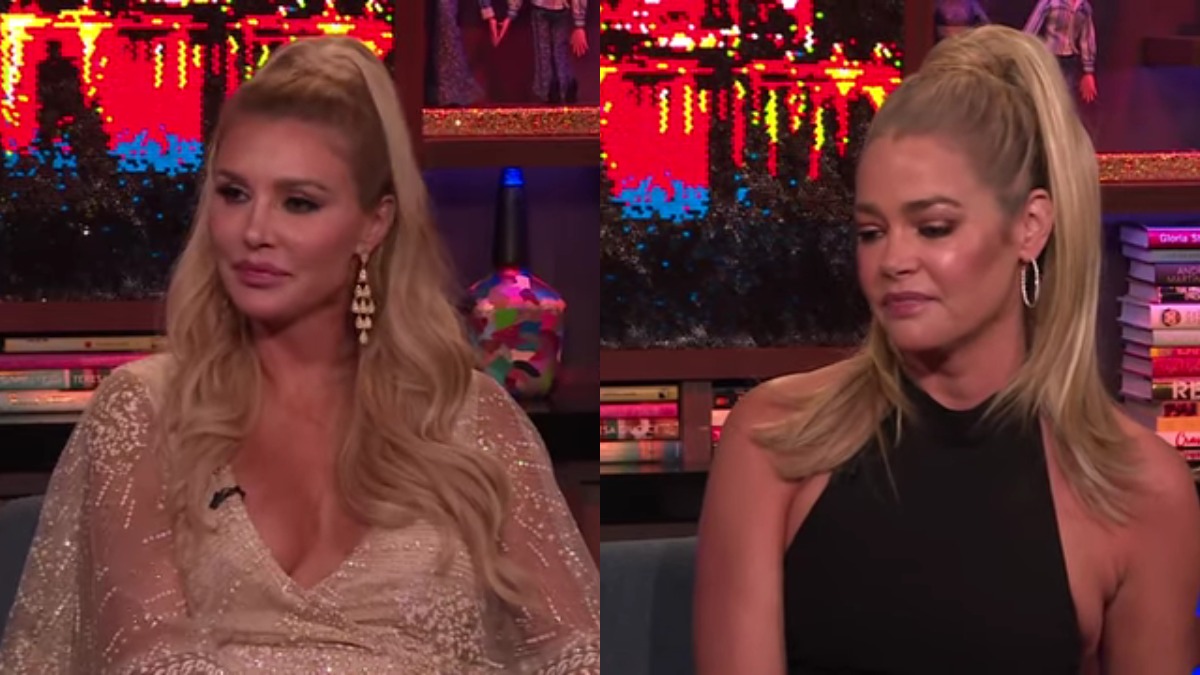 When Denise Richards was added to The Real Housewives of Beverly Hills for Season 9, there were high hopes that she would be fun to watch. The trailer revealed her sharing some gossip with Brandi Glanville, revealing they were at least friendly.

After Season 9, Season 10 took the cake for awkward moments for the two women. Brandi revealed to Kyle Richards and Teddi Mellencamp that she had slept with Denise Richards. If you could hear mouths drop, there would have been an explosion.

That one tidbit of information sets a chain of events into motion, resulting in one of the biggest and most intense feuds in Housewives history. Denise denies ever being involved in a sexual way with Brandi at all, despite her claims otherwise.

As for where the two women stand now, it is still the same. Denise Richards decided not to return to RHOBH for Season 11, leaving that part of her life behind her. Brandi is adamant that things happened between them, leaving the other cast members split regarding who they believe.

It looks like even an olive branch won’t fix things between Brandi Glanville and Denise Richards. 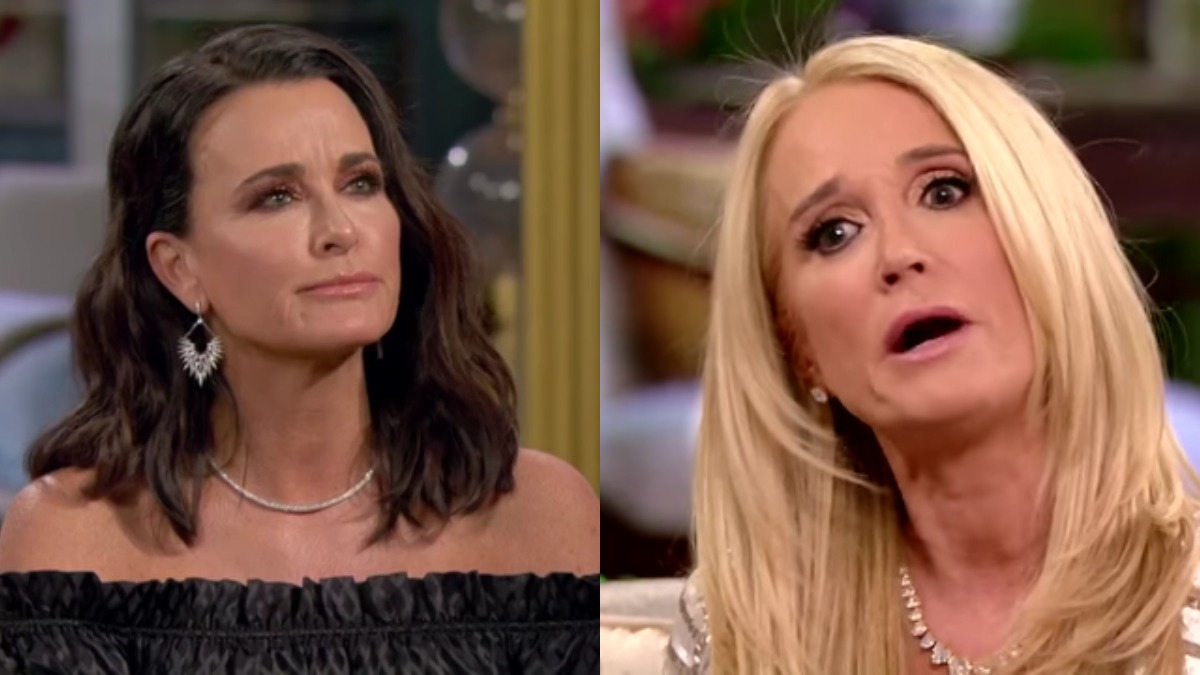 There is nothing more intense than sisters who are feuding. The Richards girls both aired on the show together and they brought their dirty laundry.

Kim’s struggle with sobriety was a big deal. It caused pain and strain in her relationship with Kyle, leading to some very uncomfortable moments between the women that were caught on camera. At one point, Kim accused her sister of stealing her mom’s house.

Over the next few seasons, things between the sisters slowly started to get better. Now, they have a relationship and are able to spend time together without wanting to kill each other. In fact, since Kim has gotten sober again, she has appeared on RHOBH on occasion, but mostly with Brandi.

Kim and Kyle Richards are in a good place. Their older sister, Kathy Hilton was just revealed to be joining the show in a friend role, so there is a good chance all of the sisters will film together at one point or another. This could be a chance to grow their bond and put any animosity that is still between them to rest. 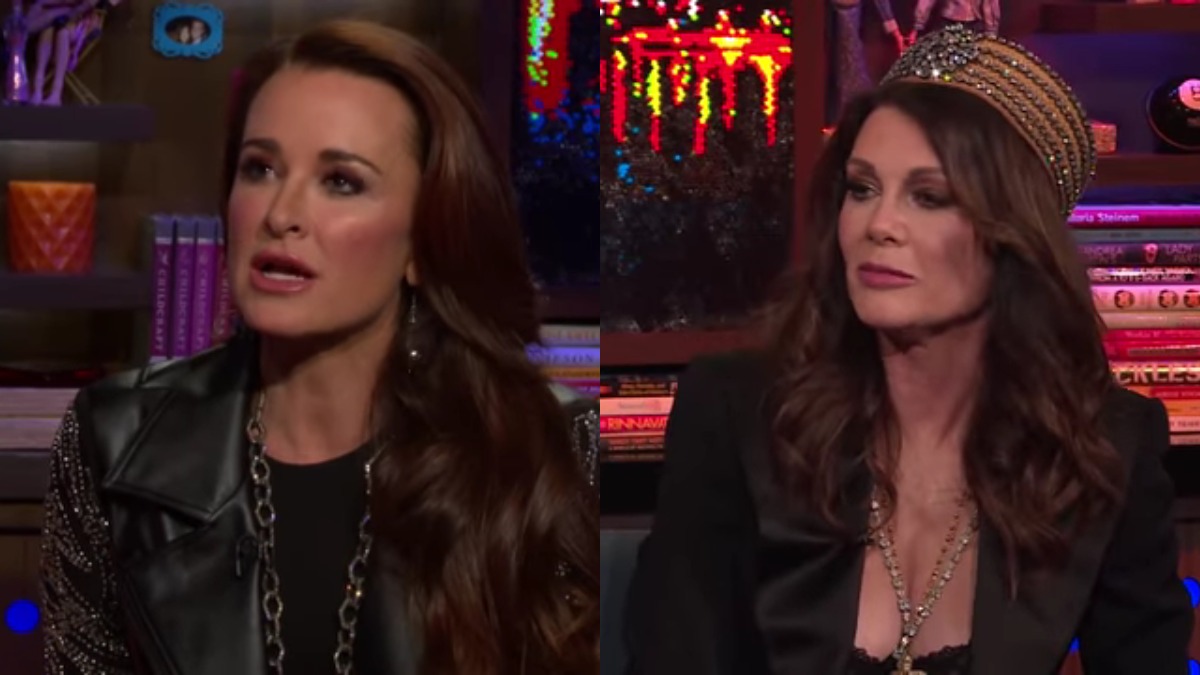 After years of friendship, Lisa Vanderpump and Kyle Richards feuded over Puppygate during Season 9 of The Real Housewives of Beverly Hills.

The two women had been there for each other through a lot, but they just couldn’t make it past what happened with Dorit Kemsley and the dog she rehomed.

Kyle Richards accused Lisa Vanderpump of leaking things to the press and even went toe-to-toe with the restauranteur in her own home. It wasn’t a good look.

A lot was going on in Lisa’s life. She had lost someone close to her, and instead of being there to support her friend, Kyle was more worried about whether her good friend had gone to the press.

Even Ken Todd, Lisa’s husband, was appalled by how Kyle was acting. He raised his voice and got loud in an attempt to stand up for his wife.

Unfortunately, it looks like time doesn’t heal all wounds. As of now, Kyle Richards and Lisa Vanderpump have not made up and resumed their friendship. It looks like this one is over for good.

The Real Housewives of Beverly Hills has some intense moments over the years. With 10 completed seasons under the belt and another in production, it is easily one of the more intense cities to watch on Bravo.

Tags: 5, craziest, Housewi, OF, Real, THE
Recent Posts
We and our partners use cookies on this site to improve our service, perform analytics, personalize advertising, measure advertising performance, and remember website preferences.Ok