The 60 Minutes interview with former President Barack Obama earned a 2.0 rating in the adults 18-49 demographic and 12.38 million viewers on Sunday, the latest ratings coup for the newsmagazine after last month’s sit-down (and stand up and leave) with President Donald Trump.

The interview was the most-watched non-sports event on broadcast last night, and its early Nielsen Live+Same Day numbers compared with the eventual 2.4 rating and 17 million viewers for the Trump episode on October 25. Last night’s numbers were also impacted by NFL overrun, which likely will influence the final numbers.

NBC’s Sunday Night Football (3.7, 12.86M) saw a significant stumble from last week as the New England Patriots beat the Baltimore Ravens; last week’s New Orleans-Tampa Bay game earned a 4.1 in the demo. Because it is a live sporting event, these numbers are also likely to be adjusted in the finals.

Fox’s primetime lineup also kicked off with some NFL fare, which was good The Simpsons (1.2, 3.40M). The iconic animated series doubled its numbers from last week while seeing a surge in audience amid the overrun. From there, Fox’s Sunday night animation block saw a tick up across the board in early numbers with Bless the Harts (0.6, 1.76M), Bob’s Burgers (0.7, 1.71M) and Family Guy (0.7, 1.68M). 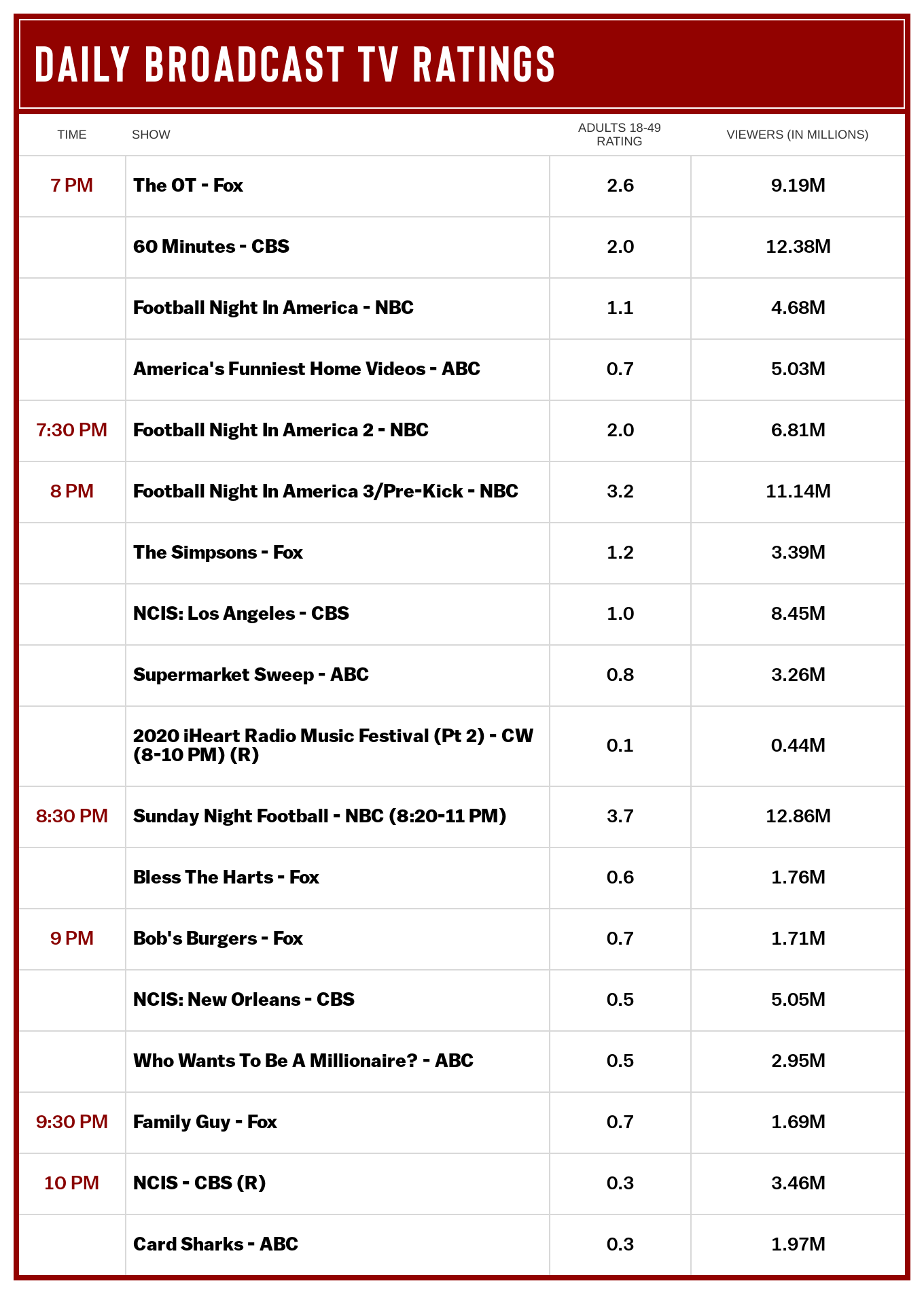