Danni, 32, is just one of the seven hosts of A Place in the Sun who spends their time helping British holidaymakers find a home away from home in the sunny isles of Spain. From a young age, the Channel 4 show presenter was interested in property development, which led her to secure a role on the programme back in 2016. The Scottish-born television personality is now on-screen most afternoons, but it’s fair to say her debut was one of the most memorable moments from her time on the show.

This November, the programme celebrates 21 years of being on-air and as a result, the presenters have been talking about their best bits.

“I have met so many amazing people with epic stories of love, loss and everything in between,” Danni said.

“So, it’s very hard to choose just one moment with one couple and one property search. So, for that reason, I’m going to say my first show and make it about me because I don’t think I’ve ever felt such nerves in my life.”

Delving a little deeper into the background of this story, the presenter explained: “It’s a lot of pressure trying to make someone’s dream come true not to mention being filmed for the telly while doing it.

“I hardly slept all week, I got terribly car sick driving up into the mountains and I think at one point doing some bits to the camera and it took me about 54 attempts to not stumble on my words while people stopped to watch.” 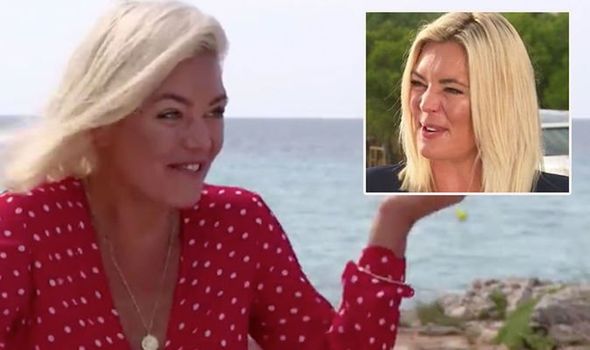 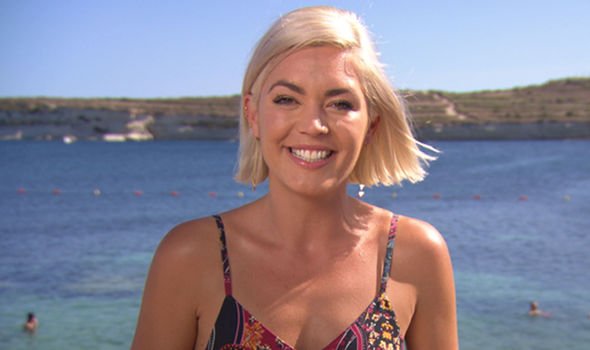 “I don’t think I’ll ever forget that feeling in the pit of my stomach and the huge crowd of people in Mojacar pueblo watching me get it wrong,” she continued.

“Totally out of my comfort zone, but hey look at me now! Thank goodness it’s become second nature,” the presenter added.

As well as some of the presenters talking about their most memorable moments, the show is undergoing a slight shake-up to commemorate the big anniversary.

Next month, new episodes will be airing in the prime time slot on television, pushing the programme later into the evening. 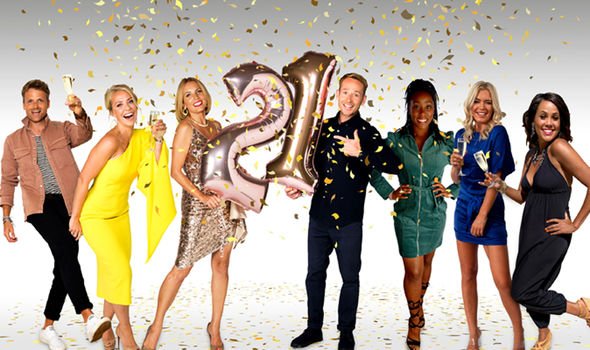 Locations included in the episodes will include West Cyprus, North-West France and Spain’s Costa del Sol, to name but a few.

Presenter Scarlette Douglas, 32, will also be venturing to Bulgaria to help two friends search for an apartment on a complex.

However, she faces a huge challenge as the duo only have a budget of £25,000 and want features such as a pool included in the price.

Viewers will have to tune in next month to see if the property expert can find her guests the home of their dreams.

Speaking of the show marking a landmark anniversary, Commissioning Editor at Channel 4 Daytime Kate Thomas said: “The show continues to go from strength to strength and this autumn we are celebrating the continuing success of one of the country’s longest-running TV shows.

“Having A Place in the Sun is as much of a dream today as it was back in 1999 and we are proud that the show continues to offer viewers advice and inspiration to help make the dream their reality.”

Since the show was first broadcast in 1999, nearly 6,000 houses from across the world have been featured.

A series of spin-offs have also aired, with the presenters travelling far and wide to regions such as the USA, Australia, the Caribbean and South Africa.

Some of the most memorable sales on the programme have included a chateau with fairytale turrets going for under £150,000.

A beachside penthouse in Marbella was also of keen interest to holiday homemakers, with the property being bought for under £75,000.

Among these have been some of the cheapest purchases, with a Manor house in Normandy pricing up at £40,000.

An episode from, Bulgaria saw one house sell for just £6,000, so there is likely to be a whole lot more negotiations in the show’s anniversary year.

Tags: A P, ctp_video, entertainment, tv
Recent Posts
We and our partners use cookies on this site to improve our service, perform analytics, personalize advertising, measure advertising performance, and remember website preferences.Ok