A PLACE in the Sun's Scarlette Douglas was left mortified as a buyer abruptly ended a property viewing on the show.

The host could not contain her shock as she was told by the house hunter: "It's a definite no." 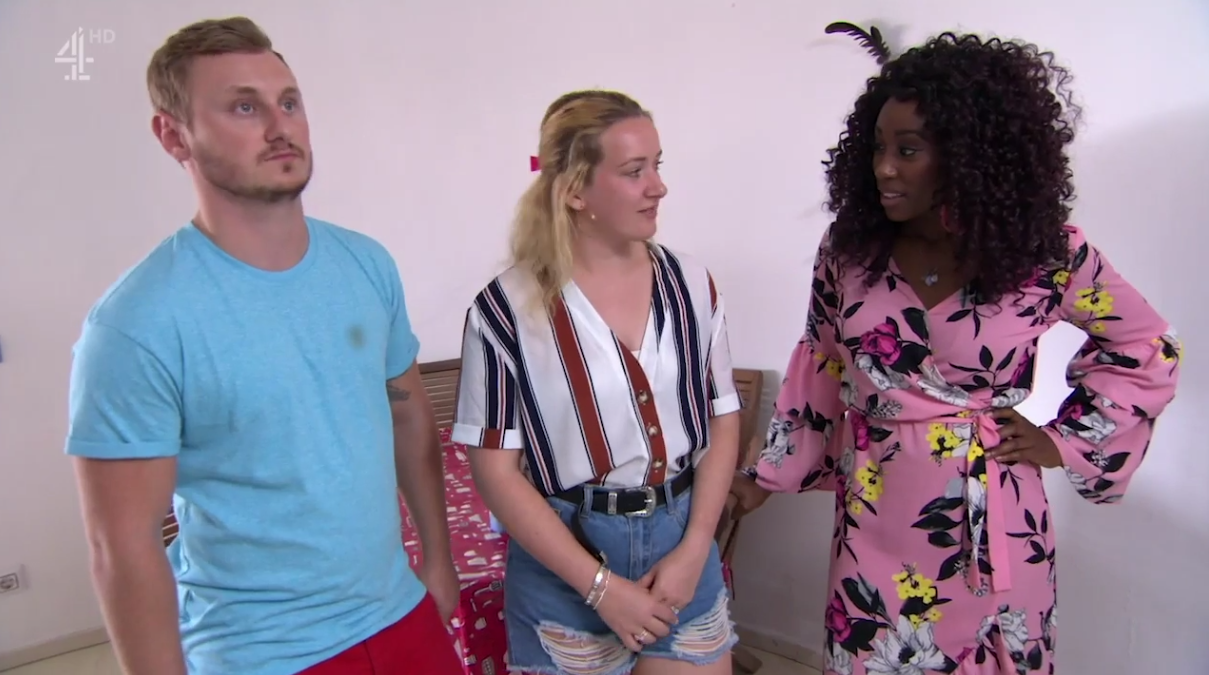 It came as Scarlette was attempting to find young couple Karl and Naomh their perfect abode in East Menorca, Spain.

With a budget of £230,000 for a two-bed house with an office, the newlyweds had high hopes for their dream home abroad.

Their requirements of a swimming pool and enough outdoor space for their two dogs meant Scarlette had her work cut out for her.

She received a lukewarm response to the first two properties she took the pair to – with them citing the homes as "too small" or too close to the road traffic. 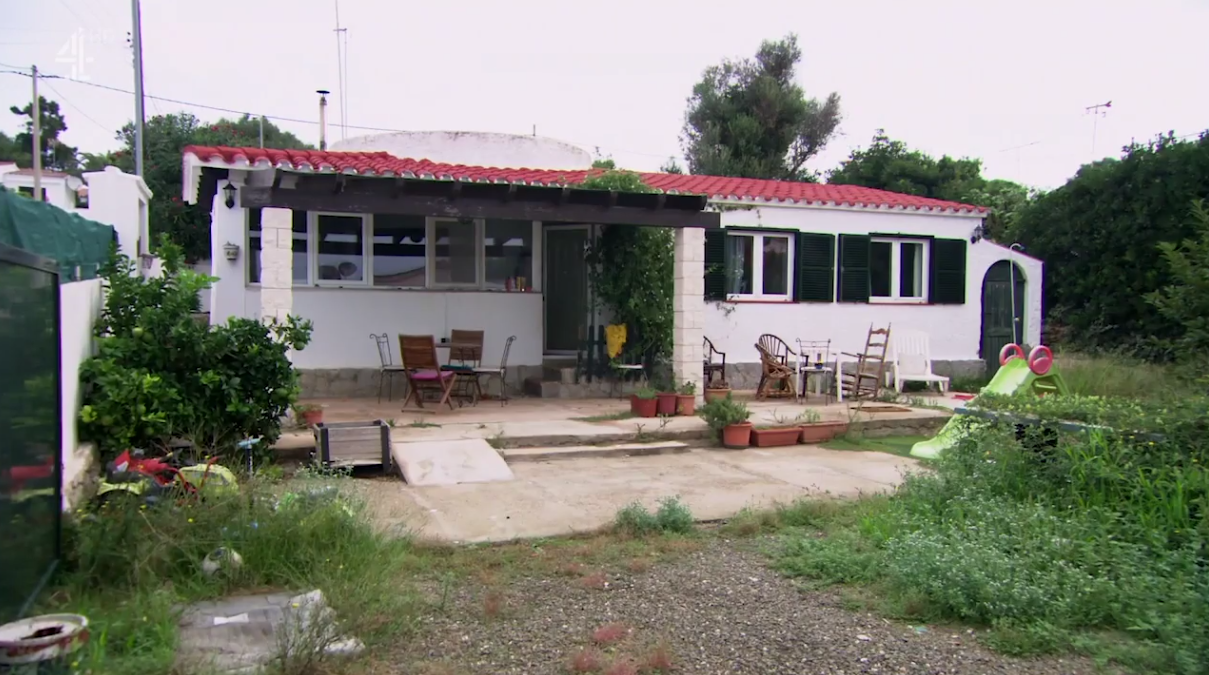 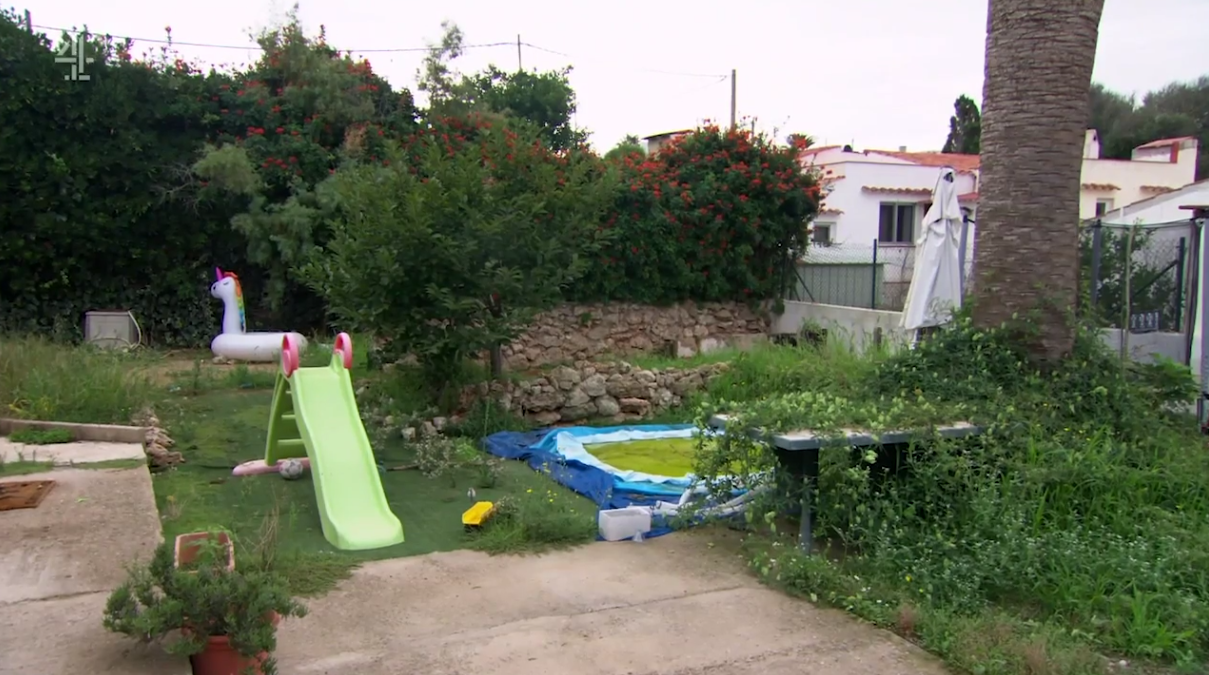 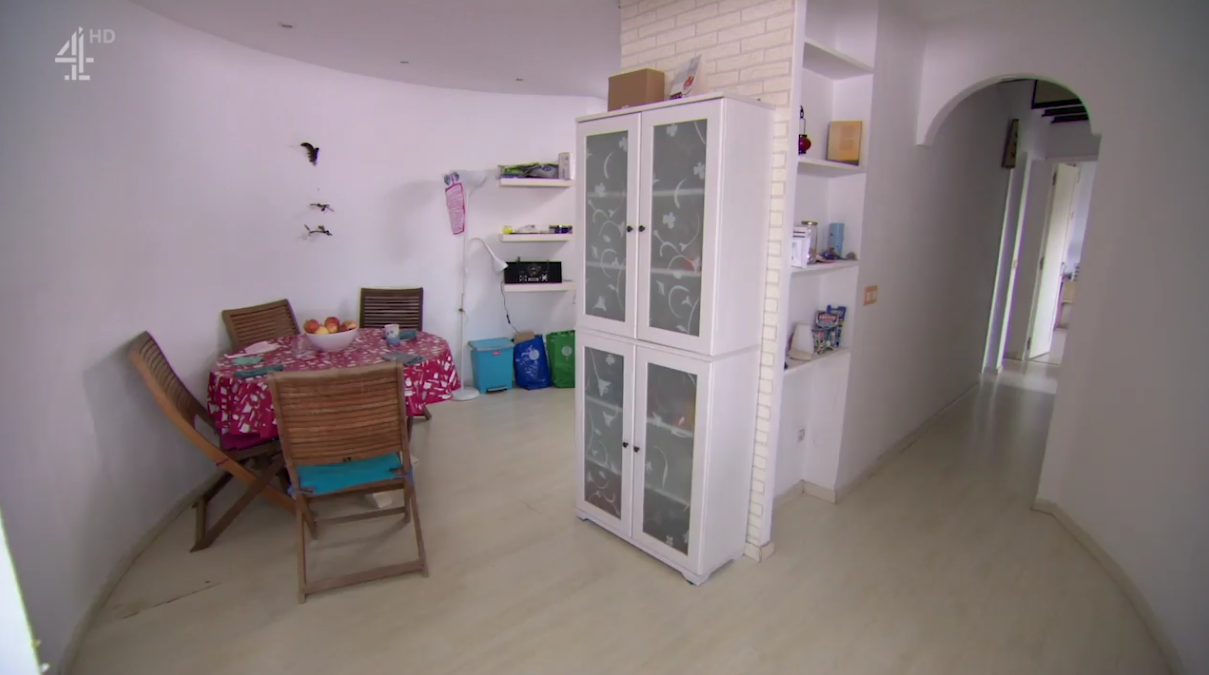 Trying to stay positive Karl and Naomh opted to compromise on their desire for a swimming pool and Scarlette took them to see a property a bit 'out of town'.

Priced at just over £165,000, Scarlette admitted there was some work to be done on the property but with enough garden space to put in a swimming pool if desired.

At first, the couple, who met at university, were impressed by the garden's potential but as soon as they stepped inside, they quickly changed their minds. 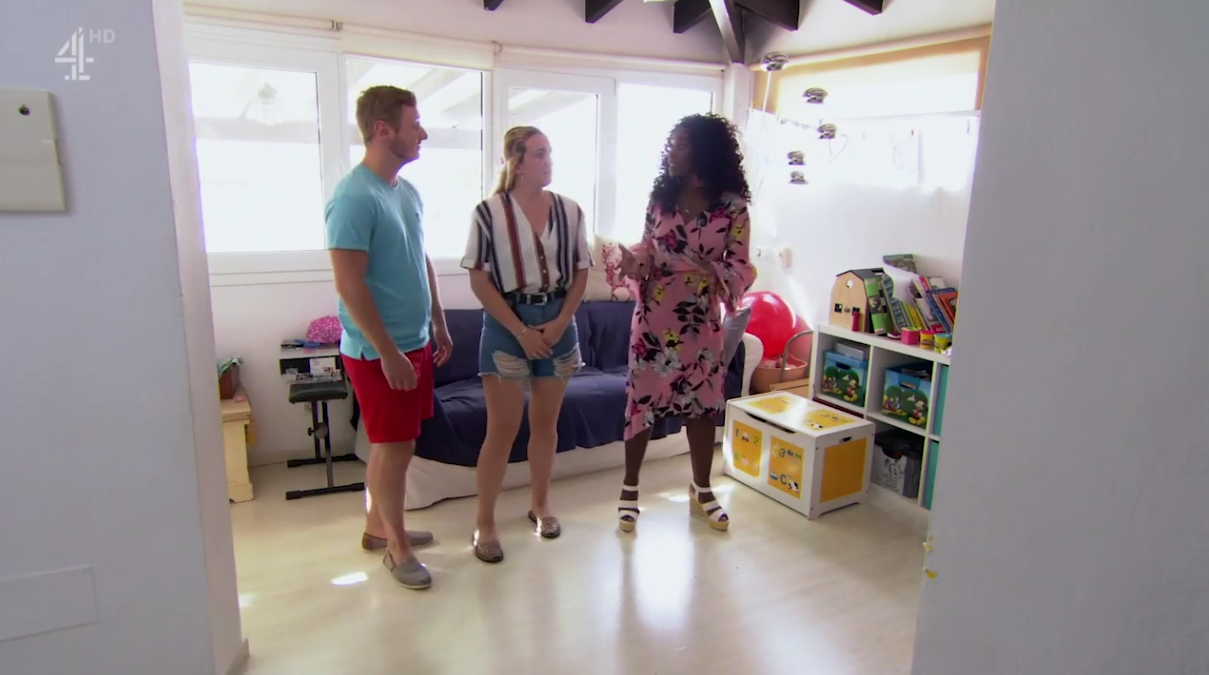 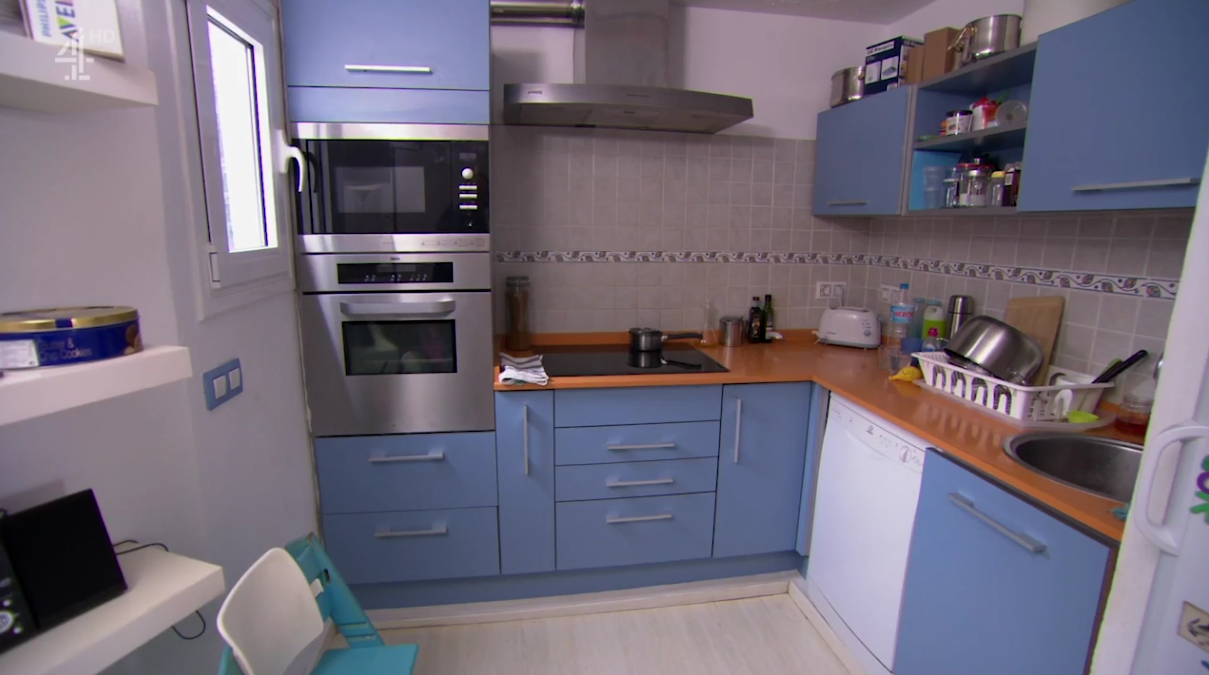 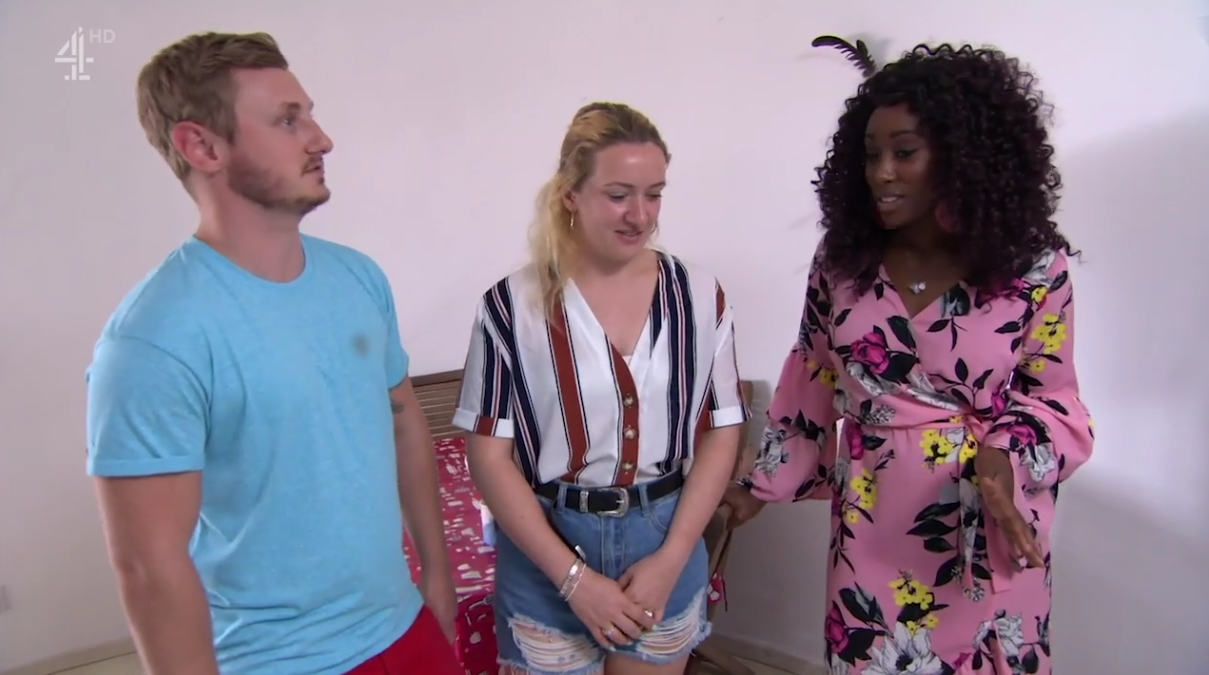 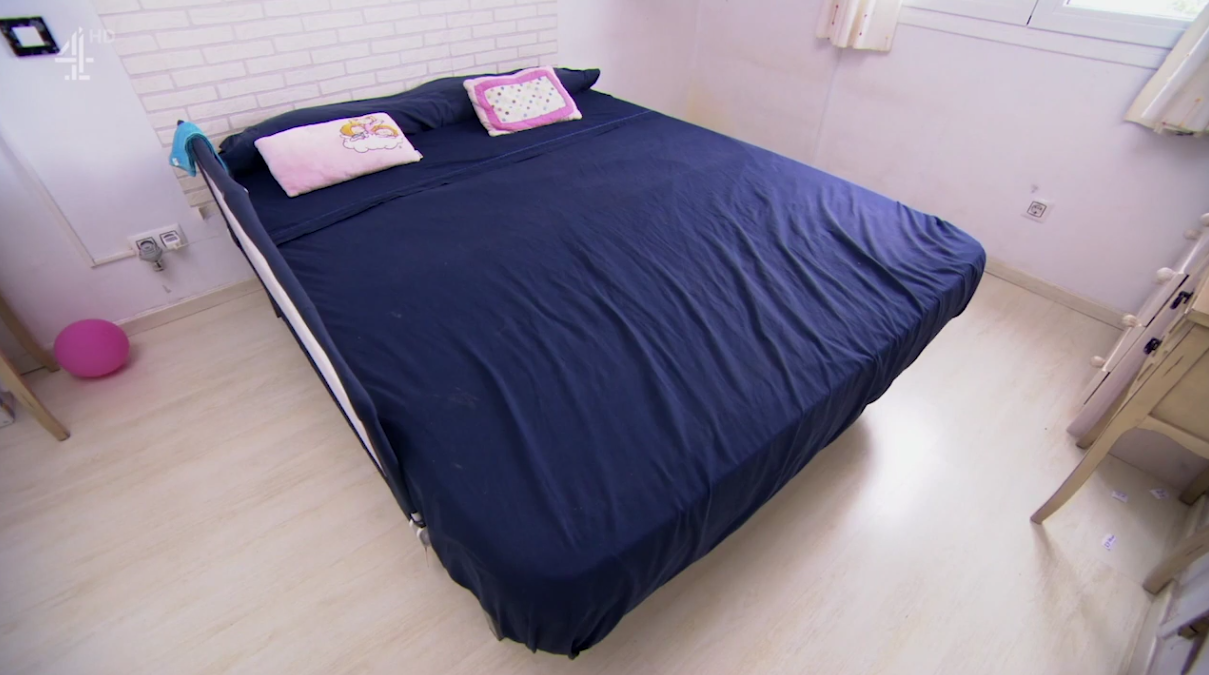 Before she added: "I'm going off it the longer we stand in it – I don't think it's very suitable for us."

As they headed into the kitchen, Scarlette probed: "You’re not feeling it are you?”

Scarlette asked: "You’re adamant it’s a definite no? Do you want to see any more of it?”

To which Naomh replied "No," without any hesitation.

Clearly surprised by the respond, Scarlette said: "No? Just straight out?"

But not to be outdone, Scarlette suggested the couple consider upping their budget.

An extra £50,000 allowed the presenter to take the pair to view a four-bed villa with a swimming pool as their fourth property.

And it seemed to do the trick as they put in an offer of £235,000 for the villa with was in turn accepted.

A Place in the Sun airs weekdays 3pm on Channel 4.