“Adventure Time” often seemed too good for this world. Over eight years and 10 seasons, Pendleton Ward’s cartoon odyssey was a colorful and quirky celebration of friendship that doubled as post-apocalyptic fantasy. Early on, the show oscillated from silly gags to poignant observations and back again, all while expanding on a rich and expansive mythology with boundless possibilities (at least until Cartoon Network pulled the plug). The extensive 2018 finale put a definitive end point on the exploits of human Jake and his shapeshifting talking dog pal Jake, but “Adventure Time” was always about waking up to a world much larger and sophisticated than any one person can discern. Finn and Jake were just two pieces in a much larger cosmic puzzle.

Enter “BMO,” the first installment of “Adventure Time: Distant Lands,” a series of four specials produced for HBO Max. As promised by the title, “BMO” adds a delightful new chapter to the Land of Ooo that recanters the narrative around the series’ scene-stealing androgynous computer voiced by Niki Yang. It’s clear from the opening sequence that “BMO” will offer something different: There’s no roving camera speeding through the Land of Ooo to a melodic island song; instead, a stunning 3D camera begins within the confines of BMO’s wiring and emerges in the thick of his perspective.

From there, this 45-minute standalone adds to the show’s expanded universe with a remarkable interplanetary trip that’s consistent with the “Adventure Time” aesthetic even as it takes a sharp turn into hard sci-fi. At the same time, like many “Adventure Time” episodes, the journey doubles as a metaphor for growing up and getting bold. In doing so, it allows BMO to go from adorable sideshow to unlikely centerpiece, in an extensive showcase he likely never would have received otherwise.

The show excelled at hiding sophisticated narratives in candy-colored wrapping, and “BMO” follows suit, with the jubilant GameBoy knock-off inexplicably careening through outer space. It’s there that he encounters a silent green tubular android that peers out at him through a single Sauron-like eye; BMO dubs his new pal “Olive” just in time for the robot to pair with his spaceship and fire it off to a strange new place. (You might even call it a distant land.)

More specifically, BMO finds himself on the Drift, a multi-part dystopian spaceship that has fallen into disrepair. The complex planet-like structure stretches across multiple landscapes filled with alien beings large and small, all of which operate at the mercy of a mysterious overlord named Hugo. The episode lays out the Drift as a vast ecosystem with remarkable concision, from an interspecies brawl in a desert landscape that calls to mind Tatooine to a crowded neonoir market with shades of “Samurai Jack.” BMO explores it all with his usual wide-eyed curiosity at the behest of new acquaintance Y-4 (Glory Curda), a rabbity adolescent tasked with gathering scraps for his overworked parents in their never-ending quest to deliver mechanical goods to Hugo’s headquarters to meet some enigmatic need. Y-4 is your typical angst-riddled kid, the type who struggles with confidence issues (he’d prefer to be called Y-5) and whether he should turn BMO into scrap or make him a new friend. 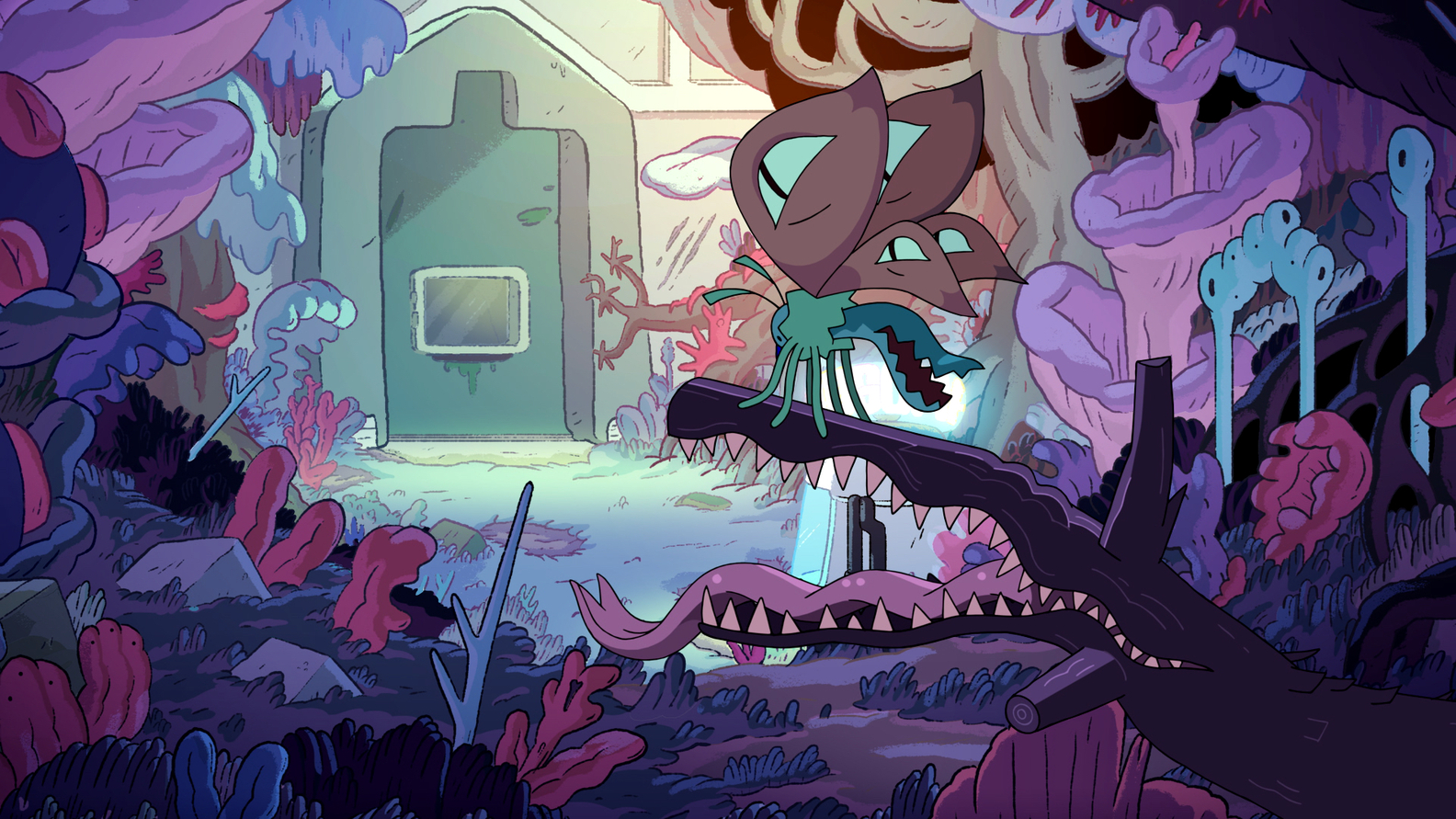 That crisis keeps deepening as BMO’s robotic talents come to the attention of the spaceship’s scheming overlords, and the episode develops into a thrilling adventure story with a handful of surprising twists. The show often got away with the randomness of its plot because each 11-odd minute installment felt like just the right length, while “BMO” at times gets lost in the zaniness of its various turns. Even then, however, it’s always a wonder to behold, with vibrant details lingering in virtually every frame. The episode zips through familiar faces (diehards will delight at the return of the space lards), a few welcome voice actors (John Hodgman and Stephen Root make fun appearances alongside “Adventure Time” regulars like John DiMaggio and Jeremy Shada), inventive beings (who thought of crab claws that double as wings?) with such commitment that it always creates the impression of a complete immersion in its environment. “Adventure Time” plots include a lot of strange turns, but always with an internal logic in play, and “BMO” keeps that tradition alive. It’s a welcome return to the anything-goes spirit that made the show such an unpredictable treat in the first place.

More than that, it finds the greatest potential in a BMO-centric storyline by giving the character its due. BMO’s wisdom lingers just beneath the surface of his unflappable enthusiasm, which is practically a programmed life philosophy. The script (credited to Kate Tsang and Jack Pendarvis) loads him up with all kinds of loony profundity, from “You make my feelings happy!” to the show-stopping “Even when things are really stupid, we still have to try.” By the time that line drops at a critical moment for the future of the Drift, the emotion cuts deep. As usual, “Adventure Time” is one step ahead of its audience.

Future installments promise similar new angles on various characters from the “Adventure Time” universe, with the fourth one promising a return to Finn and Jake. It remains to be seen how these new specials will add to characters whose arc was wrapped so beautifully two years back, but Muto and the other “Adventure Time” writers who took on the show after Ward’s departure are a dependable bunch who seem incapable of repeating the same ideas. On its own, “BMO” suggests that the “Adventure Time” saga is loaded with endless details that can carry their own tunes. Bring on the next one.

Tags: Adventure Time, REVIEWS
Recent Posts
We and our partners use cookies on this site to improve our service, perform analytics, personalize advertising, measure advertising performance, and remember website preferences.Ok