Few North American film markets have taken place amid such tumult as this year’s virtual AFM. If it’s not the deadly pandemic, it’s the excruciatingly tense U.S election and its fallout.

Will the industry be able to pull itself away from CNN for a minute to focus on the event? “Last week it was very challenging to focus on AFM projects,” said one market regular. “Hopefully, the election will become background noise. Market attendees are like professional athletes: extremely focused on the prize. None of us can afford to be too distracted.”

“I don’t think it will factor too much into business,” said another LA-based exec. “It’ll be a talking point on every zoom call but I think people are worn out and will welcome being able to focus on something else.”

The pandemic is the outside force having the biggest impact on the film business. The deepening harm done to the theatrical business by COVID lockdowns and ongoing issues around travel, insurance and talent backlogs continue to challenge the sector like it has rarely been challenged before.

The dynamics of COVID are only hastening the advance of the streamers, whose deep pockets remain both a boon and a blight for the business. Many creatives, producers and financiers are glad projects can get made swiftly and for top dollar, but some buyers see it another way. One told us: “Why are we being dangled exciting projects at markets that we don’t have a chance of getting? Or if we do get them, after getting them financed they are taken away from us, like on Chicago 7. That outcome messes up our release schedule and our own TV and streamer commitments.”

The frustration is growing. COVID challenges extend to most of the eco-system, but some are feeling it more than others. The pandemic has thrown the already-fragile indie business threw a loop and it’s the streamers who are taking ground.

Another buyer lamented: “We can’t compete with the overbidding of the streamers after our revenues have been depressed for so many months due to the pandemic. But we have invested in these movies for years. We get these movies made. If a movie is sold to a streamer after we have bought it and that streamer insists on a domestic VOD release first then our international value takes a massive hit. Why can’t international theatrical go before U.S. VOD? A number of movies have been taken away from indie buyers in recent months and if it continues like this companies will go under.”

Indie buyers will need to come up with ways to steel themselves and to remain standing while the sands shift beneath their feet. Some have told us they will insist on tougher kill fee clauses in contracts with sellers. There have also been discussions over some foreign buyers teaming up to strengthen their bargaining hand. Some do this already. A handful of buyers told us they will try to eschew some agencies, producers and sellers altogether after recent experiences.

The new dynamics in the market are having an impact on the way projects are being put together and how buyers acquire.

“Who are we buying these movies for?” said one big European buyer. “Are we buying movies simply for PVOD and SVOD deals now? If so, those partners have very different needs and sensibilities, which we’re still trying to work out.”

Meanwhile, most traditional studios and indie majors are going through restructuring and streamlining as they adjust to the impact of COVID and shifting viewing habits.

It is in this busy context that the virtual AFM will take place. The market officially gets underway this week but online meetings are already underway. Like virtual Cannes before it, the event will be happening online. Buyers and sellers will be deprived of a chance to travel and meet old and new contacts face-to-face, but will also be thousands of dollars better off for not having to fork out on the pricey Loews hotel, accommodation and flights.

According to organizers, the virtual market will comprise 1,468 buyers from 66 countries, around 450 films and a record 562 exhibitors. There will be the official market which requires online accreditation and, like Cannes, there will be separate business being done by sellers and agencies, some of whom will also be accredited for the virtual event.

As for the projects themselves, there are perhaps slightly fewer big-ticket projects than usual but still enough to generate heat. There is less brawn than recent AFMs so far, though Dave Bautista’s Universe’s Most Wanted brings some welcome muscle. The Brad Peyton pic with a fun logline is likely to be the biggest budget movie on sale. There will probably be at least one more sizeable action movie announced this week.

There is something of a return for rom-coms, which should be welcome news amid the gloomy political and social context: Working Title movie What’s Love Got To Do With It? and Helena Bonham Carter pic Not Bloody Likely, are among them. Musical Molly And The Moon headlines FilmNation’s slate and Lionsgate’s JLo action-comedy Shotgun Wedding is also in-demand, we hear. That said, buyers are already preparing for the latter, at least, to potentially go to a studio or streamer, which would be unusual for Lionsgate but a sign of the times.

One element sorely missing from most of the projects listed below is a diverse lead. Only a couple have black actors in a leading role.

The Things They Carried – Tye Sheridan, Tom Hardy, Stephan James, Bill Skarsgard, Pete Davidson and Ashton Sanders lead this star-studded Vietnam war pic being directed by Rupert Sanders. Film is based on Tim O’Brien’s acclaimed collection of stories about a platoon of young soldiers and their experiences on the front lines during the Vietnam War. MadRiver is handling world sales, with CAA Media Finance co-repping North America.

Universe’s Most Wanted – Dave Bautista is teaming with Rampage filmmaker Brad Peyton on this big-budget sci-fi fantasy. The film is set in a small town, where a space ship crashes carrying the universe’s most dangerous criminals; Bautista will play an intergalactic peacekeeper. AGC Studios and CAA Media Finance are teaming for sales.

What’s Love Got To Do With It? – Lily James is re-teaming with Baby Driver producers Working Title on this rom-com, starring alongside Shazad Latif and Emma Thompson. Written and produced by Jemima Khan, the film will be helmed by Shekhar Kapur. Pic is a cross-cultural rom-com about love and marriage set between London and South Asia. Studiocanal is handling sales and will release in its own territories. 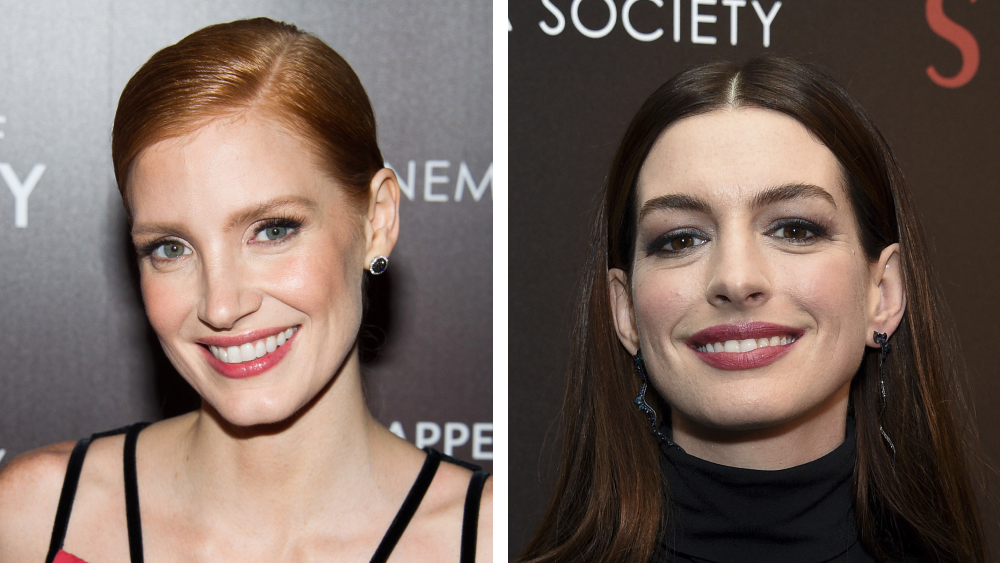 Mothers’ Instinct – Jessica Chastain and Anne Hathaway will star as rival 1960s housewives in this phycological thriller from Olivier Masset-Depasse. Pic is an English-language remake of 2018 Belgian movie Duelles. CAA Media Finance arranged the film’s financing and is representing the project’s domestic rights alongside financier Anton, which will also rep international sales.

Molly And The Moon – Kristen Bell and Jonathan Groff will lead this original musical that How I Met Your Mother creators Carter Bays and Craig Thomas scripted and will direct. The story is inspired by Thomas’s experience of his baby son having open-heart surgery at just two weeks old. CAA Media Finance and UTA Independent Film Group are handling U.S. and FilmNation is on international.

Billion Dollar Spy – Mads Mikkelsen and Armie Hammer lead the cast of this Cold War thriller from Belle filmmaker Amma Asante. Pic is based on a true story of how a Soviet engineer and his CIA handler risked their lives to help bring an end to the Cold War. Production is scheduled for 2021 in Eastern Europe. HanWay is handling international sales, with CAA Media Finance and Endeavor Content overseeing the U.S. deal.

Shotgun Wedding – Another Armie Hammer pic, this time with the actor starring opposite Jennifer Lopez in this action-comedy from Pitch Perfect filmmaker Jason Moore. Ryan Reynolds is exec producing the movie which is aiming to shoot early next year. Lionsgate will present the movie at AFM.

X – Ti West is helming this horror with Mia Goth, Scott Mescudi and Jenna Ortega. Pic is a co-production between A24 and BRON Studios. A24 is handling sales.

The Lost King – Steve Coogan has co-written and will star in this comedy-drama based on the true story of a couple who discovered the buried remains of King Richard III under a Leicester car park. Jeff Pope has co-written the script and Stephen Frears is directing. Pathe is handling world sales. 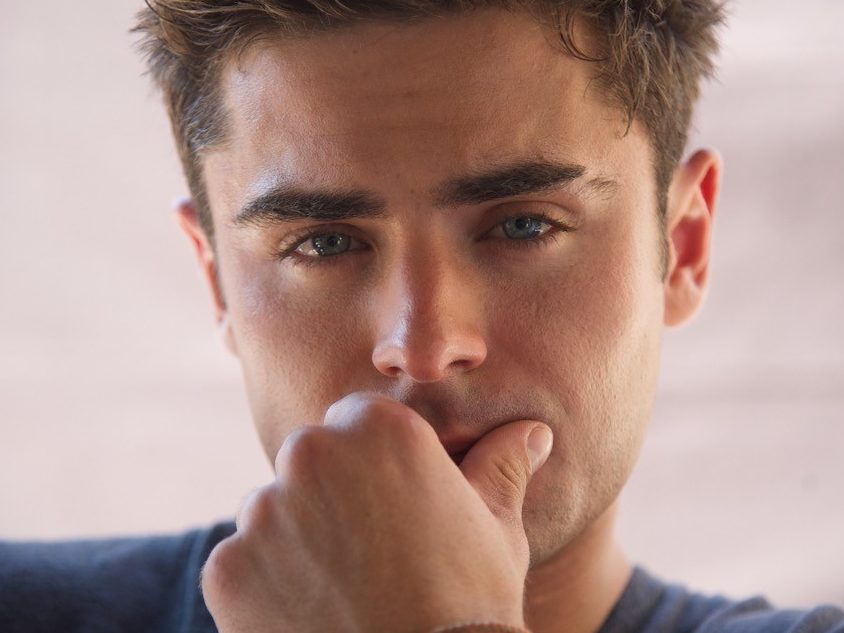 Gold – Zac Efron is starring in this survival thriller alongside Anthony Hayes, who will also direct. They will play two strangers traveling through a desert who stumble across the biggest gold nugget ever found. Shoot is due to get underway in Australia this month. Altitude is handling sales and co-repping domestic with CAA Media Finance.

Revolver – Maya Hawke and her father Ethan Hawke will both star in this 1960-set comedy being directed by Andrew Stanton of Pixar fame. Pic is set when The Beatles’ flight to Japan is forced to make an unexpected stop in Anchorage, AK. The band takes cover in a hotel, where Jane (Maya Hawke) devises a plan to realize the ultimate teenage dream: to lose her virginity to George Harrison.

Every Note Played – Angelina Jolie and Christoph Waltz are leading this drama based on Still Alice author Lisa Genova’s latest novel. Story follows a world-renowned concert pianist and composer on the verge of creating his magnum opus who receives a life-changing diagnosis. Michael Sucsy is directing. STX has world rights.

Not Bloody Likely – Helena Bonham Carter and Pierce Brosnan have been set to lead this romantic comedy exploring the 1914 West End production of George Bernard Shaw’s Pygmalion. Joel Hopkins has written and is directing the movie, producers are Adam Rolston and David Braithwaite, the pair behind A Streetcat Named Bob and its sequel. Cornerstone Films is handling world sales.

American Sole – Pete Davidson, O’Shea Jackson Jr., Camila Mendes and rapper Offset are acting in this pic following two twentysomethings (Davidson and Jackson) with mountains of college debt who use the fast cash of after-market sneaker reselling to achieve their American dream. Ian Edelman is directing. STX is handling domestic and sales.

Good Luck To You, Leo Grande – The second project featuring Emma Thompson on this list, this one sees the Oscar winner play a 55-year-old widow who hires a sex worker in his early 20s for a night of bliss. Animals director Sophie Hyde is helming. Cornerstone is handling sales and CAA is co-repping U.S.

The Almond And The Sea Horse – Rebel Wilson is branching out in drama for this UK project about two couples dealing with traumatic brain injuries. Janet McTeer is also starring. Oscar-nominated DoP Tom Stern is making his directing debut, producers are Mad As Birds. Bankside is handling sales. 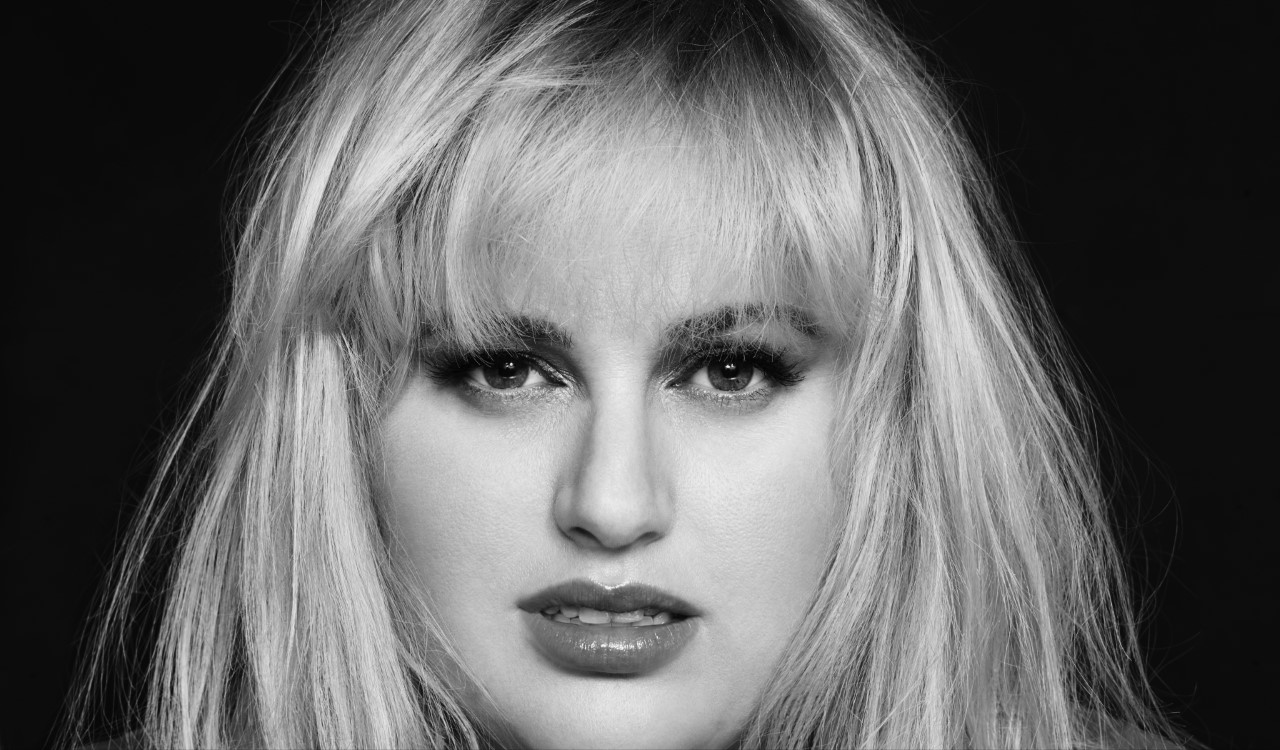 Lakewood – Phillip Noyce directs this pic in which Naomi Watts plays a mother who desperately races against time to save her child as authorities pursue an active shooter in her small town. Project is in post-production. UTA Independent Film Group is representing U.S. rights alongside Endeavor Content and CAA Media Finance, with Mr Smith Entertainment on international.

The Lair – Hellboy filmmaker Neil Marshall is directing this horror thriller about a Royal Air Force pilot on her final flight mission whose jet is shot down over a rebel stronghold in Afghanistan. Highland Film Group is repping sales. 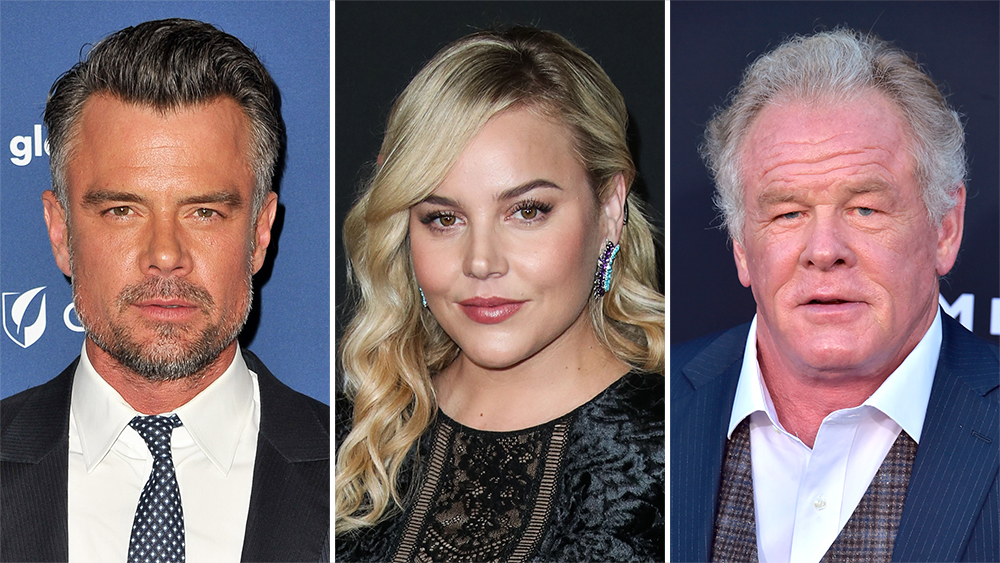 Rock Hudson: Accidental Activist – Stephen Kijak is directing this doc about the titular Hollywood leading man. Altitude is handling sales and will release in the UK and Ireland.

American Sicario – Danny Trejo is starring in this action thriller being directed by Raja Collins. VMI Worldwide is handling sales.