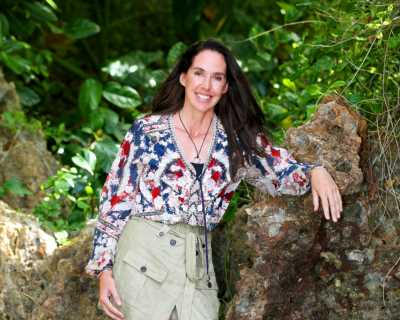 Janine Allis did not simply pack her bathers and sunscreen, fly to Fiji and hope for the best. The 53-year-old mother of four and head of a global business empire landed at the destination for the fourth Australian season of Survivor a day before she was due and arranged for a local to teach her how to crack coconuts, make fire and build a shelter.

She also watched previous seasons of the show set in Fiji to get a sense of the weather conditions. Noting that it looked chilly at night, and knowing that she’d be limited to a meagre number of possessions, she made sure that one of her items was made of merino wool, which she learned from her research was warm and fast-drying.

“I did as much prep work as I could,” she says. “Often, when you’re prepared, it takes the fear away.”

Allis’ pre-contest regimen indicates the kind of initiative, application and focus that has enabled her to become such a successful businesswoman. From humble beginnings in her kitchen, she built a retail operation that now spans 15 countries and more than 630 outlets selling juices, coffee, burgers and Mexican food. In addition, she’s been a Shark Tank mentor/investor for four seasons. All of which probably makes her more qualified to be the tycoon type who snaps, “You’re fired!” on The Apprentice, were she so inclined, than one of the 24 Survivor contestants. 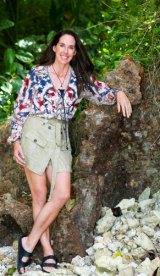 People appear in reality TV shows for all sorts of reasons: to make money; to find romance; to establish a media profile; to promote a business; to attract attention; perhaps to be seen, even briefly, as a celebrity.

Yet Allis’ life and career would suggest that none of these motivations apply. So why would she agree to subject herself to the kind of very public challenges – the deprivations, the physical trials, the primitive conditions, and, potentially, the nationally exposed humiliations – that can come with Survivor? Participation in it requires a leap into an environment that she can’t control.

Allis describes herself as a Survivor fan “because it’s a look into human nature” that she finds “fascinating on many levels”. And Endemol Shine, the company that produces Shark Tank and Survivor, knew about her enthusiasm for the show, to the extent that she’d organised tickets for her family to be in the audience for last year’s reunion special. So when they called in January to ask her to take part, she seriously considered the proposal. 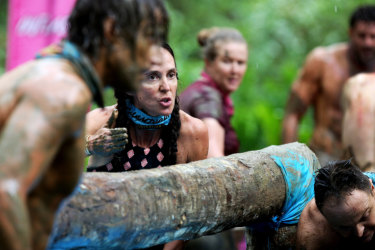 Janine Allis with Steven Bradbury in a challenge on Australian Survivor.Credit:Nigel Wright

For herself, she figured, “The alarm goes off and you get up, you take the kids to school, you have breakfast, you go to work and you do a board meeting or other meetings, you go home, you might do some exercise, you go to bed. Next day’s the same.

“People think that I’m an entrepreneur, but I’m really an adventurer. In my day job, I don’t really get scared about anything. I manage things, I’m quite practical. To take myself out of that comfort zone, to put myself in an environment where I’ll get scared, where I’ll be challenged mentally, physically, emotionally, that really appealed. I think life’s about saying yes.”

Allis says that her husband, Jeff, “couldn’t have been more supportive. He’s the type of guy who puts his hand on my back to push me forward. He was like, ‘Go, we’ll sort everything out, no problem.’”

Allis has three sons aged 28, 22 and 20 and a 10-year-old daughter. She approached Tahlia, saying, “I’ve got some good news and some bad news, and I’d like your opinion.” First, Allis said that she might be away for seven or eight weeks and Tahlia responded, “No, you can’t go.” Then Allis explained, “It’s Survivor.” And Tahlia said, “You’re going.” 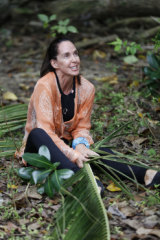 Even with family support, Allis knew that she’d need more than a warm jumper to prepare for the challenges ahead. She also needed a strategy and hers was two-pronged: find a friend and stay under the radar. Look strong, but not too strong.

“I know the power of a team,” she explains. “If anyone thinks that they can get anywhere, including Survivor, on their own, they’re kidding themselves. Even though it’s an individual game at some point, it’s a team right until the end, because you need numbers.”

Allis also understood that “the reality with Survivor is that you do have to lie to people. I justified that by thinking that I had my core people and I never, ever, would have broken that trust. But if you think you can go in there and never tell a lie, you shouldn’t be there, because it’s a game and it’s a game of manipulation.”

Some might regard the Survivor experience as an ordeal, especially when your competition includes people such as Olympic athlete and former politician Nova Peris, Olympic ice skater Steven Bradbury, marathon swimmer Susie Maroney and NRL champion Andrew Ettinghausen.

“I don’t really fear much,” says Allis, noting that when a crab crawled over her, she regarded it as being akin to an Uber Eats delivery. “I take things as an opportunity. I came in with apprehension. There’s no question that when I rocked up to some of those challenges, my stomach was turning and I think that was the element of the unknown, of ‘What am I up against?’ But being challenged made me feel alive.”

She also enjoyed the experience of being tech-free — no phones or emails to answer – and the relative simplicity of the decision-making: find a coconut, crack a coconut, eat a coconut. “It was even as simple as ‘What am I going to wear today?’” she laughs. “Phfft, I’ve got no choice. Do I need to wash my hair? Well, no. Do I need to brush my teeth? No. The simplicity of life was quite interesting.”

A week after arriving home, she’s bright, buoyant and radiating positive energy, although her already svelte, yoga-toned frame was six kilos lighter after her time on the island. But she’s returned with a sense of gratitude: for her family, for the flavours of food, for her comfy bed and its pillows. And for the adventure. 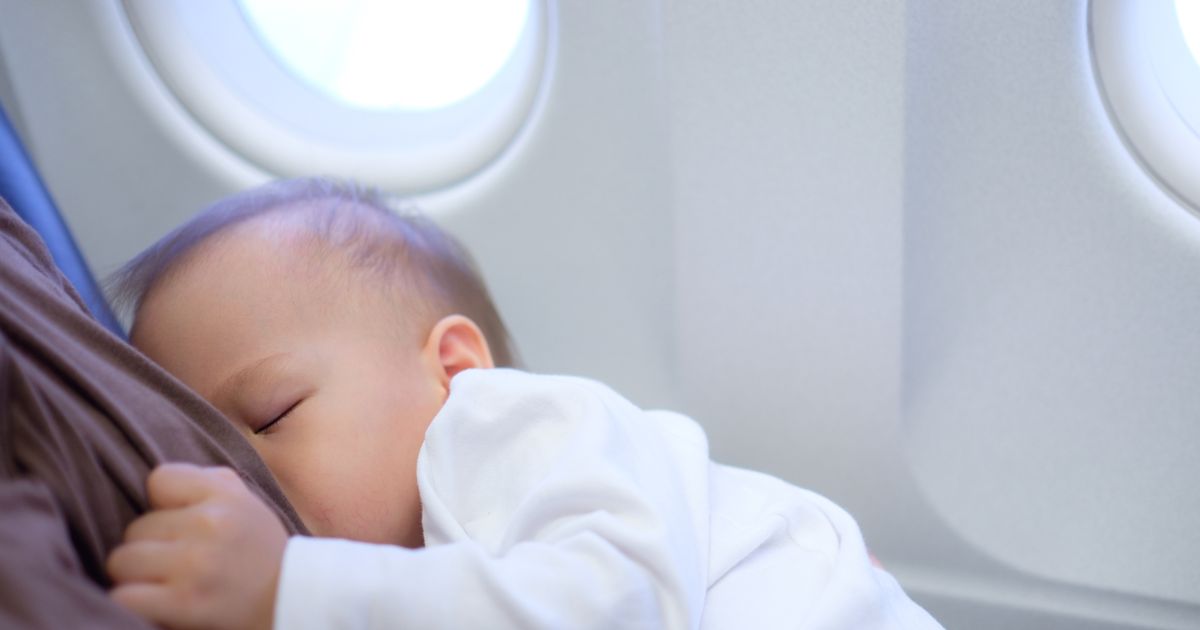 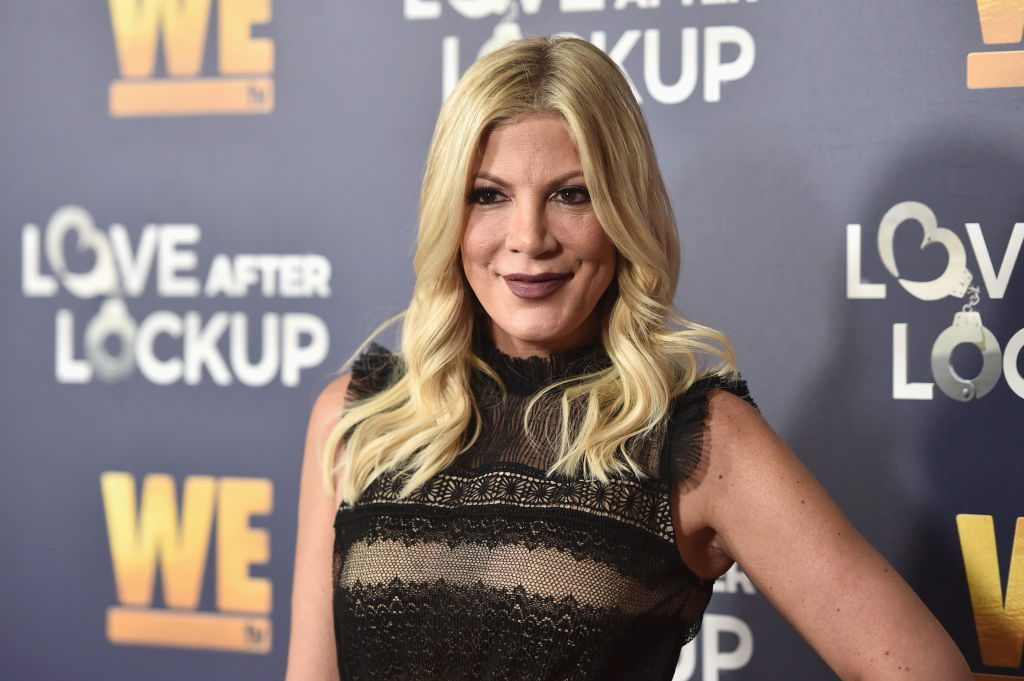