Apple TV+ will only cost $5 per month, but the upcoming streaming service needs more than a low price to impress investors.

Stock analysts who cover Apple have mixed opinions about the company’s streaming service, which launches November 1, but the skeptics outnumber the optimists. Although Apple finally released the essential launch details about Apple TV+ during a media event in Cupertino, California earlier in the week, the news wasn’t enough to win over some analysts.

Apple TV+ is competitively priced—Apple will also offer a free year of the service to customers who purchase any iPhone, iPad, Apple TV, iPod touch or Mac—and will likely feature the kind of glossy interface that defines Apple’s signature tech products, but as with all things streaming, content is king. The service will debut with a handful of original television shows, but the service’s launch slate pales in comparison to the offerings at the other major streamers, according to Edward Jones equity analyst Logan Purk, who covers Apple.

“The pricing is aggressive but it had to be because Apple has limited content compared to its peers,” Purk told IndieWire. “Given the pricing and the free year of the service if you buy an Apple product, a positive financial impact of Apple TV+ won’t be felt for a long time. It’s going to be a cash drain, given the investments they need to produce these shows, especially since they are leaning towards big stars and high production values.”

Apple TV+ will launch with nine original projects, including “The Morning Show,” a comedy-drama about the drama and egos behind a morning news program that stars Jennifer Anniston, Reese Witherspoon, and Steve Carell. Other launch titles include the Jason Momoa-led “See,” which is about a future where humans have lost the sense of sight, “Dickinson,” an alt-history series focused on 19th century poet Emily Dickinson that stars Hailee Steinfeld and, remarkably, guest stars Wiz Khalifa, and Ronald D. Moore’s “For All Mankind,” an alt-history drama about NASA’s continuing space race.

Pre-release hype for Apple TV+’s launch titles has been positive, though analysts are more concerned about the platform’s quantity of projects. Although the service’s overall library will understandably be more limited than veteran platforms, such as Netflix and Hulu, which have had years to bulk up their offerings, Apple TV+ will also be competing with new streamers, such as Disney+, HBO Max, and NBCUniversal’s still unnamed AVOD service.

Apple TV+ isn’t the company’s only upcoming paid service: Apple also unveiled Apple Arcade during their recent presentation, which will eventually provide more than 100 games for users – also for $4.99 per month. Apple Arcade launches on September 19, and for customers looking to watch their entertainment dollars, the gaming service could end up competing with Apple TV+. 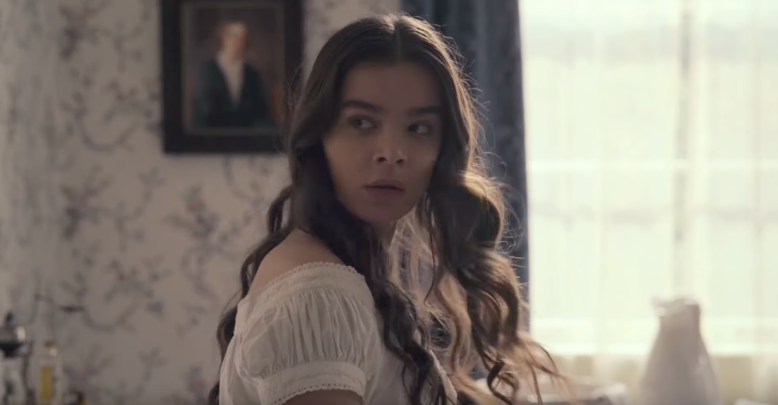 Disney+, which will hit the market on November 12 for $6.99 per month, has generated plenty of positive buzz from press and analysts alike. That said, Disney+ will only launch with two original titles, “High School Musical: The Musical: The Series,” and “The Mandalorian,” the first live-action Star Wars series. That’s considerably less than Apple TV+’s slate of original launch projects, but experts are likely giving Disney more leniency because its platform will also host a wide variety of legacy content, and company has also been more open about the long-term plans for its upcoming streaming service, which gives analysts more to consider in their forecasts.

Of course, Apple has announced a handful of upcoming series starring major Hollywood talent and celebrities, such as an Oprah and Prince Harry-led mental health docuseries, but overall, the service’s long-term game plan is still under wraps. Though Apple has partnered with plenty of high-profile celebrities to produce content for the streaming service, reports surfaced earlier today that Hollywood powerhouse J.J. Abrams turned down a lucrative deal to have his Bad Robot production company exclusively produce content for Apple. The exclusivity was the sticking point and one that, according to the Los Angeles Times, is something streamers keep pushing for; Abrams ended up inking a deal with WarnerMedia that will allow him to work on projects for other companies. (The Abrams-produced “Lisey’s Story” horror miniseries is still expected to release on Apple TV+ sometime in the future.)

Apple stock has been on the rise since the company’s September 10 presentation, but that likely has more to do with the company’s slew of tech announcements, such as the new iPhone models, as opposed to the Apple TV+ details.

Regardless, Apple’s rising stock value reflects well on the overall company, and some analysts, such as Cowen’s Krish Sankar, believe Apple TV+ will help drive sales of Apple’s tech products, which are its real moneymakers. Sankar maintained a positive outlook on Apple and expected the free year of Apple TV+ for buyers of new Apple products to further incentivize customers to buy those devices.

On the other hand, KeyBanc analyst Andy Hargreaves’ note on Apple’s presentation argued that unless an Apple TV+ show becomes a breakout hit, many of the service’s users would come from the free subscription that comes with Apple products that they would be purchasing anyway. It’s a nice add-on, but not a consumer must-have, in other words.

The free promotional deal means that a large numbers of consumers are guaranteed to have access to Apple TV+, but that doesn’t mean Apple can rest easy, according to D.A. Davison & Co. analyst Tom Forte. Forte, who covers Apple, noted that the company has a reputation for releasing premium products at premium prices, which raises questions about the value of Apple TV+. Although the service seems appropriately priced relative to its content library, Forte warned that Apple TV+ would need to become a truly premium service, lest it harm the company’s reputation.

“$9.99 per month would have been a tall ask for the day one launch content Apple has,” Forte told IndieWire in an interview. “The individual titles are compelling, but from an investment standpoint, we don’t know if the content will be worth it. Apple is risking brand damage by offering the service at such a low price and even giving it away for free.”

The net financial impact aside, there’s little doubt that Apple TV+ could be getting plenty of viewer eyeballs. A previous note from Cowen’s Sankar expected 21 million Apple TV+ subscribers by 2021. That note was released when Apple TV+ was expected to cost $9.99 per month and details about the service’s free year with purchase of a new Apple product had yet to be announced. Apple TV+ is all but guaranteed to generate plenty of traffic when it launches, but as the analysts indicate, whether viewers stick around for the long haul remains to be seen.

Related posts:
Tags: Apple TV Plus, Streaming, TV a
Recent Posts
Categories
We and our partners use cookies on this site to improve our service, perform analytics, personalize advertising, measure advertising performance, and remember website preferences.Ok