Channel 5 aired the first instalment of its three-part drama on Henry VIII’s (played by Mark Stanley) second wife, Anne Boleyn (Jodie Turner-Smith). Although many viewers praised Jodie for her leading role, some spotted “inaccuracies” with the Queen’s behaviour and took to Twitter to slam the historical drama for “butchering” the important figure.

In tonight’s opening episode, Anne fell pregnant with her first child and begins to suspect her place in court is at risk.

At one point in the instalment, Anne attempted to warn Jane to stay away from her husband before kissing her love rival.

Anne was later left heartbroken when she went into labour and gave birth to a stillborn son. 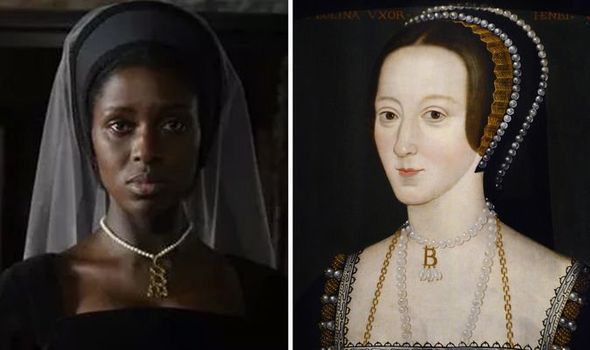 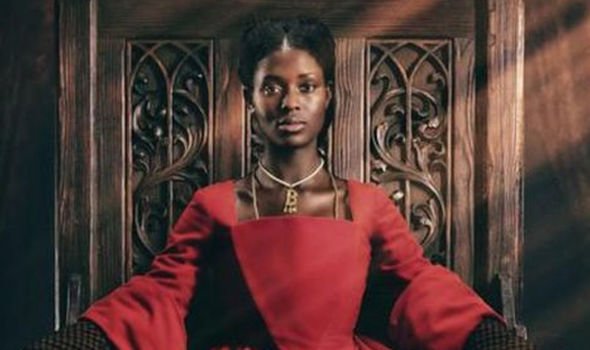 One wrote: “I’m out #AnneBoleyn is flat script and too mumbly for me. Henry also not vile enough, the wife murdering b*****d.”

“#AnneBoleyn This isn’t very good. They’ve made an interesting woman rather dull,” another wrote.

Someone else said: “Tried #AnneBoleyn but found it rather flat and the foreshadowing was heavy-handed. All rather clumsy and dull dialogue. However, the lead was really good, in parts. I felt she was carrying the whole thing but not well.” 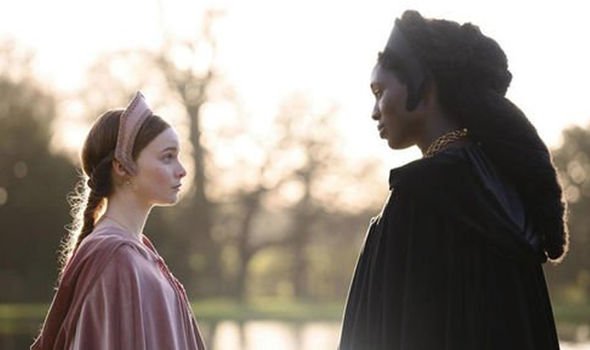 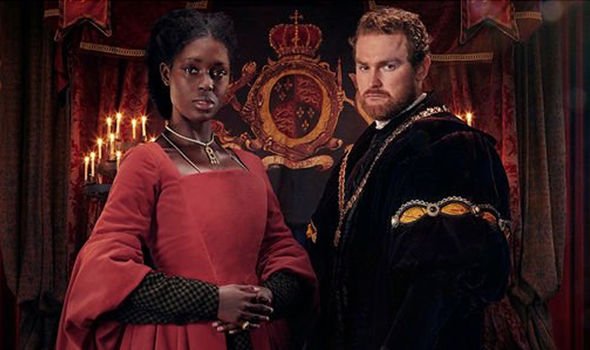 “I could accept Jodie Turner-smith #AnneBoleyn as a way for the younger generation to take an interest in history they might not before but having her kiss Jane Seymour and too many inaccurate events that never took place is too much, have at least some historical accuracy in it,” a fourth said.

Another added: “I wish I had not decided to watch the new Anne Boleyn series first. I am finding it difficult.”

“Channel 5 have absolutely butchered the character of #AnneBoleyn and I’m furious,” a sixth said.

Meanwhile, other viewers praised the drama as one tweeted: “Jodie is phenomenal as #AnneBoleyn. Adoring the fact old Henry is basically a supporting character and the storylines focus on how Anne and the women of the time felt.”

“This is interesting. Telling the story from Anne’s point of view, from within the women’s circles, talking about women’s lives. Makes a nice change to have Henry as a supporting character, not the lead. #AnneBoleyn,” another said.

Discussing the producers’ decision to cast Jodie as Anne, Henry VIII star Mark revealed the actress has a “lot in common” with the former Queen.

He said: “Jodie has a lot in common with Anne Boleyn. She’s a strong, opinionated, scarily intelligent person.

“She was also bringing up a young child at the time that we were on set, and she’s quite awe-inspiring really. If you put that all in a box, actually, it’s very similar indeed.”

“It was all about this being the right person for the job, rather than what we as a society might perceive as the ‘right look’ for the job,” he continued.

“Anne Boleyn was beautiful, witty, vibrant, intelligent and Jodie is all of those things.

“She brought our Anne to life in a way another actress couldn’t,” he told RadioTimes.com.