Antiques Roadshow guests gathered at Buckfast Abbey for the moment in question, with expert Susan Rumfitt coming across the Cartier ring. As the BBC show star made her analysis of the two pieces of jewellery the owner had brought along, she noticed the pair had very different, individual designs. However, one was rather more priceless than the other and this led the guest to become more cautious about showing it off.

Susan began by asking the guest how she got her hands on the rings, with the owner explaining: “My great-grandfather was in the Seychelles from 1920 to 1924.

“And then he moved to Malawi and at some point, he got these stones from South Africa and had them set. But that’s all I know.”

The expert added: “They certainly look to me as though they’re very European settings, so they’ve probably been made in either Paris or London.

“They’re very fine quality settings,” before turning her attention to the ring with three pronounced stones embedded into it.

“The delicacy of the mount around the edge, the way the diamonds have been set is really, very pretty,” she said. 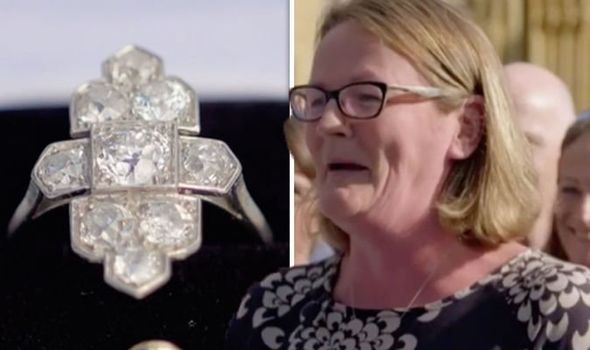 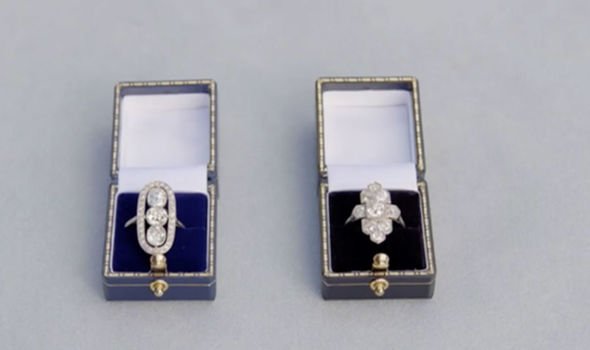 Looking at the cross-shaped ring, the expert remarked: “To be able to get that balance in the way that it has been done is real attention to detail.

“Carat-wise, the three stone one has got a bigger stone and maybe that’s why you’re drawn to it,” Susan said, referencing how this ring was the guest’s favourite.

“The total amount of carats that we have here is, each one’s about 70 points, so just over three-quarters of a carat for each stone.

“The other, cross-shaped one, we’ve probably got maybe up to two carats in total with regard to those stones as well, and both of them are set in platinum,” the expert continued. 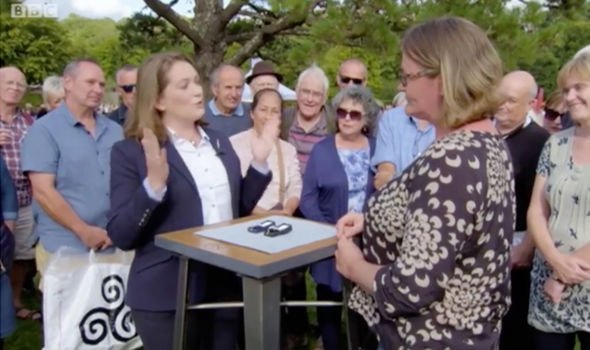 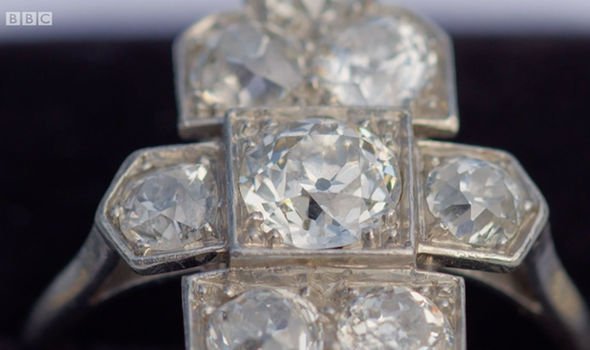 “There are no marks on it, but we know that it’s made of platinum because of the quality of the metal and the way it looks,” Susan added.

The expert then noticed how the cross-shaped ring had an inscription on it and asked the guest if she knew anything about it.

“Oh yeah. I think I might not wear that one,” the guest joked as she admitted her refusal to show off such a significant piece.

Susan had a different perspective, however, as she urged the owner of the ring to wear it with pride as various other members of her family had done.

“Cartier is one of those very, very famous names, important designers from the late 19th Century all the way through to the early part of the 20th Century.

“So, of course, we put values on pieces,” the expert explained as she then offered what she would value the pieces at.

Looking at the three-stoned ring first, Susan said with more carat weight to it than the Cartier one, it would price at around £2,000 to £3,000.

The Cartier ring blew this out the park though as even though it had less carat weight, the name gave it much more prominence.

Susan valued the priceless piece of jewellery between £4,000 to £6,000, which left the guest completely baffled.

Asked if she had reconsidered her approach to wearing them, the owner of the rings joked: “I’ve got two hands.”

Antiques Roadshow is available to watch on BBC iPlayer.