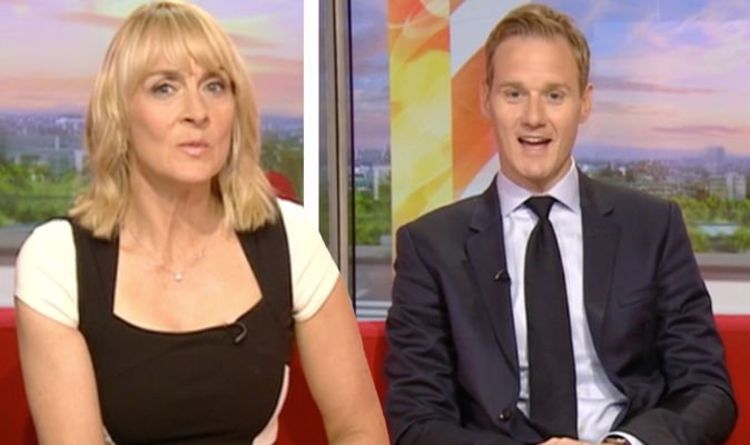 BBC Breakfast returned this morning with Dan Walker and Louise Minchin back on the red sofa presenting the show.

Throughout the morning, BBC resident Meteorologist Carol Kirkwood was live at Wimbledon with the latest weather news.

Following an update early on in the show which returned to Dan and Louise in the studio, the pair couldn’t help but comment on the sunshine, which led to Louise revealing a recent injury she had sustained.

“Do you think your in a worse mood in the winter months?” Her co star turned to her and enquired.

She replied: “I do find it quite difficult in the winter. We’re waking up at the moment and it’s nice and light.”

The camera then moved into a wider view and joining them in the studio was Shaun Farrington ahead of his business segment update.

He added to the conversation: “I definitely had a spring in my step this morning.”

Louise went on to explain: “I’ve got a problem with my ankle so not so much a spring… but it’s a lovely day.”

“She’s got a grade three tear in her ankle Shaun!” Dan remarked sarcastically as Shaun gave his sympathy to Louise: “Oh deary me.” 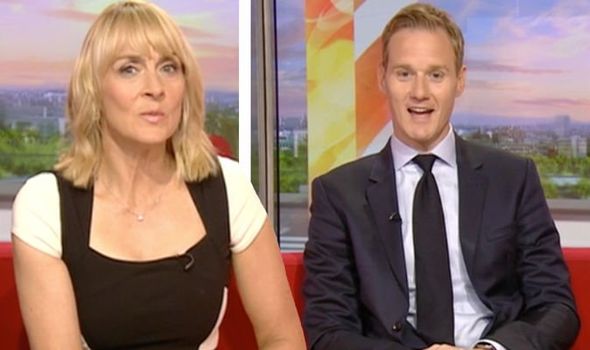 “Should take more care of herself! It was her birthday celebrations at the weekend,” Dan continued as he teased Louise.

Louise, who is known for taking part in many sporting activities, then revealed she had sustained the injury from taking part in her latest challenge.

She said: “It was running down Snowdon. What a fool!”

While she and her co-stars found Dan’s remark funny, Louise regained control of the show and stated: “Anyway, good morning, too much information for everybody!” 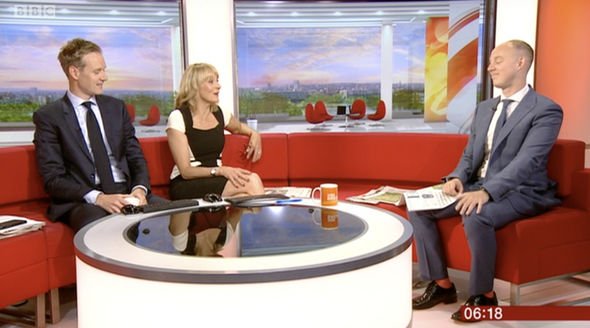 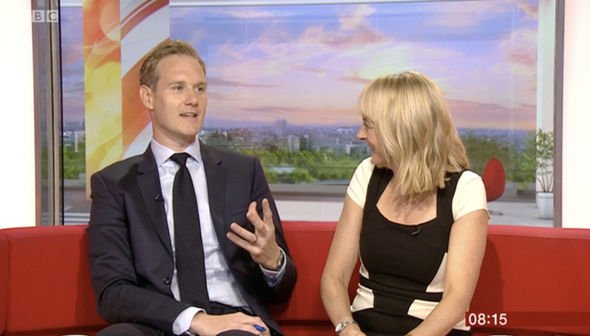 It comes after yesterday’s show when Carol kicked off the week live from the tennis centre in south London.

As well as the weather report being live from Wimbledon, Sally Nugent was also delivering the sports news from the same location.

During one update, she was joined by Judy Murray to talk all things tennis until it was time to hand over to Carol.

Gleeful as ever, Carol made a cheeky swipe at the tennis coach which left her giggling at the exchange.

BBC Breakfast airs every day at 6am on BBC One. 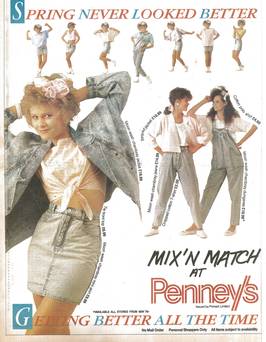 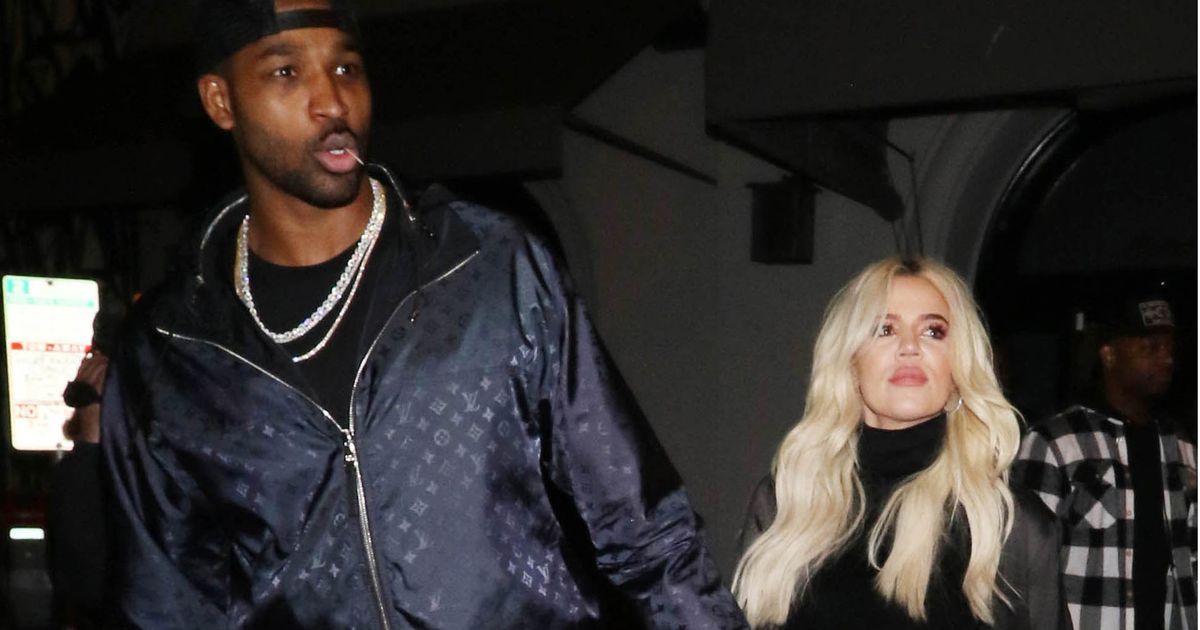