Ashling Lorger from Below Deck is pretty confident the steps she took to keep two drunk teenage charter guests safe may be exactly what gets her into trouble – not to mention killing the crew’s chance at a decent tip. 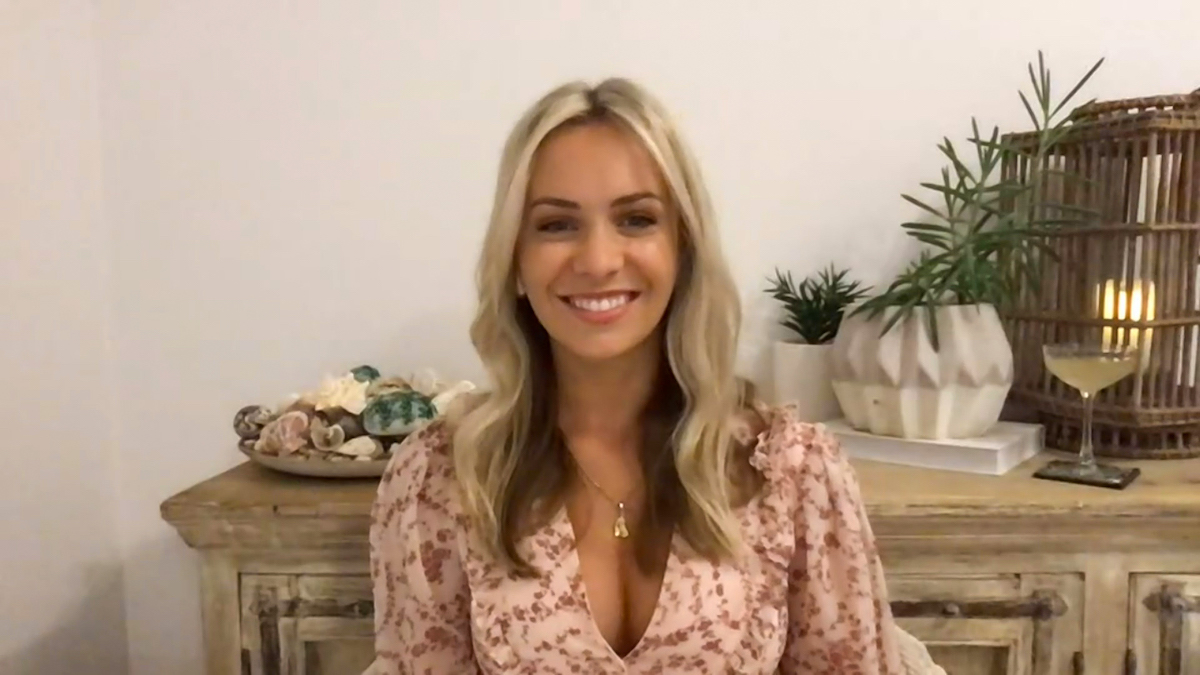 In an upcoming episode, Lorger and deckhand James Hough work the late shift and are stuck on duty with the primary’s teen sons. The teens are drunk and trying to get even drunker. They ask for more booze, but Lorger realizes that they’ve had way too much already.

“Like I said, it’s your vacation, not mine,” the drunk guest says to Lorger and Hough. Lorger laughs, telling the guest it’s actually his vacation. The guest stumbles back to his cabin grumbling about having a bedtime and “limiting” his alcohol. “I’ll go downstairs and leave you guys alone,” he says while continuing to mumble complaints to himself.

“He’s like beyond wasted right now,” Lorger explains in a confessional. “And for me, as soon as it crosses that line with safety, you’re out.” Cameras flash back to the drunk guest wanting to jump off the boat. “Let’s go jump off the top of the boat,” the teenagers suggest to each other. Thankfully, Lorger stops them.

“Unfortunately, I might get into trouble,” Lorger continues in her confessional. “Not only by Francesca [Rubi], but Captain Lee [Rosbach] and possibly his parents. I think I’ve just ruined it for all of us with this charter’s tips. Ugh. I’m worried.”

“I could tell he was a brat from the moment he walked onboard,” Lorger tells Hough. Meanwhile, the teens are heard in their cabin, “The crew’s whack, bro,” one says to the other.

As Lorger and Hough retire to their cabins he openly flirts with her. “You’re adorable,” he tells her as Elizabeth Frankini is seen sleeping.

Despite thinking she’s going to be on Captain Lee Rosbach’s list, Lorger is probably going to be commended for her actions. Rosbach already bounced one drunk guest from a previous charter. The adult guest got smashed during dinner and then jumped into the ocean after Rosbach told her not to jump.

Rosbach was so furious, he originally told the entire group of guests he was canceling the entire charter. But he reconsidered the next day, only insisting that the drunk guest leave the boat.

He was so angry that he was ready to put the guest, Delores Flora in handcuffs if necessary. “And I had the legal authority to do that,” he said in the Below Deck After Show.

“I decided to reconsider and give them the option [to stay],” Rosbach said. “But [Delores] was definitely going.”

“If you wanna stay and play by the rules, we’re fine,” he said. Rosbach asked the primary guests to meet him in the wheelhouse where he explained they could stay but Delores had to go. “It took them all of 30 seconds to throw her ass under the bus so fast it made your head spin. It’s just … ‘We’re staying! Get her ass out of here! Never liked her anyhow!’”