Ben Shephard, 46, was on hand to welcome four contestants to Tipping Point as the new, socially distanced episodes continue to air. Hours before the latest instalment of the ITV quiz show was broadcast, the host took to Twitter to reveal why history was going to be made. This was because contestant Abigale was visually impaired and was assisted by a friend to play the game.

In view of his 780,700 followers, the presenter shared a video of him introducing Abigale to the show and how things would work differently for her.

The host wrote: “A Tipping Point first on today’s [Wednesday’s] episode as we welcome Abigale, our first-ever visually impaired contestant!”

“Now, Abigale, you are visually impaired so in order to help you play today, your friend Elaine is backstage and she’s watching everything that is going on,” the broadcaster said as the video played.

“She will be able to advise you via an earpiece as to where and when is the best place and time to play your counters.

“She won’t be able to give you any help with the questions, unfortunately, and as much as that would have been lovely.” 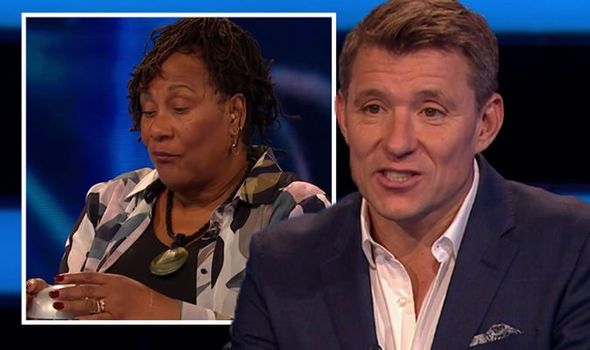 “An independent adjudicator is sat with her but she will be assisting as how things are looking in the machine,” Ben continued.

Taking to the social media platform, those watching at home were in awe of the historic moment as one wrote: “Love what they have done to make it accessible #tippingpoint.”

“Ah wow, that’s so amazing of #tippingpoint to be so accommodating to Abigail! I’ve never seen that on a game show before! well done #ITV and #tippingpoint,” a second posted.

Whilst a third commented: “What an excellent and ingenious way of helping visually impaired Abigail to play #TippingPoint.”

Unfortunately, Abigale only managed to accumulate £200 during the first round of the programme and was sent home.

Before leaving, the host thanked her for coming along to play and the contestant had her own message for Ben.

“Thank you to you and your team for all the care and attention you’ve given me today. It’s been brilliant,” she said.

The host replied: “I hope [this will encourage] more visually impaired people to take part.”