BRITAIN'S Got Talent's Magical Bones has made the final as Alesha Dixon and Ashley Banjo united after Diversity's Ofcom storm.

The magician was left speechless after three of the four judges voted him through to the final in tonight's pre-recorded semi-final. 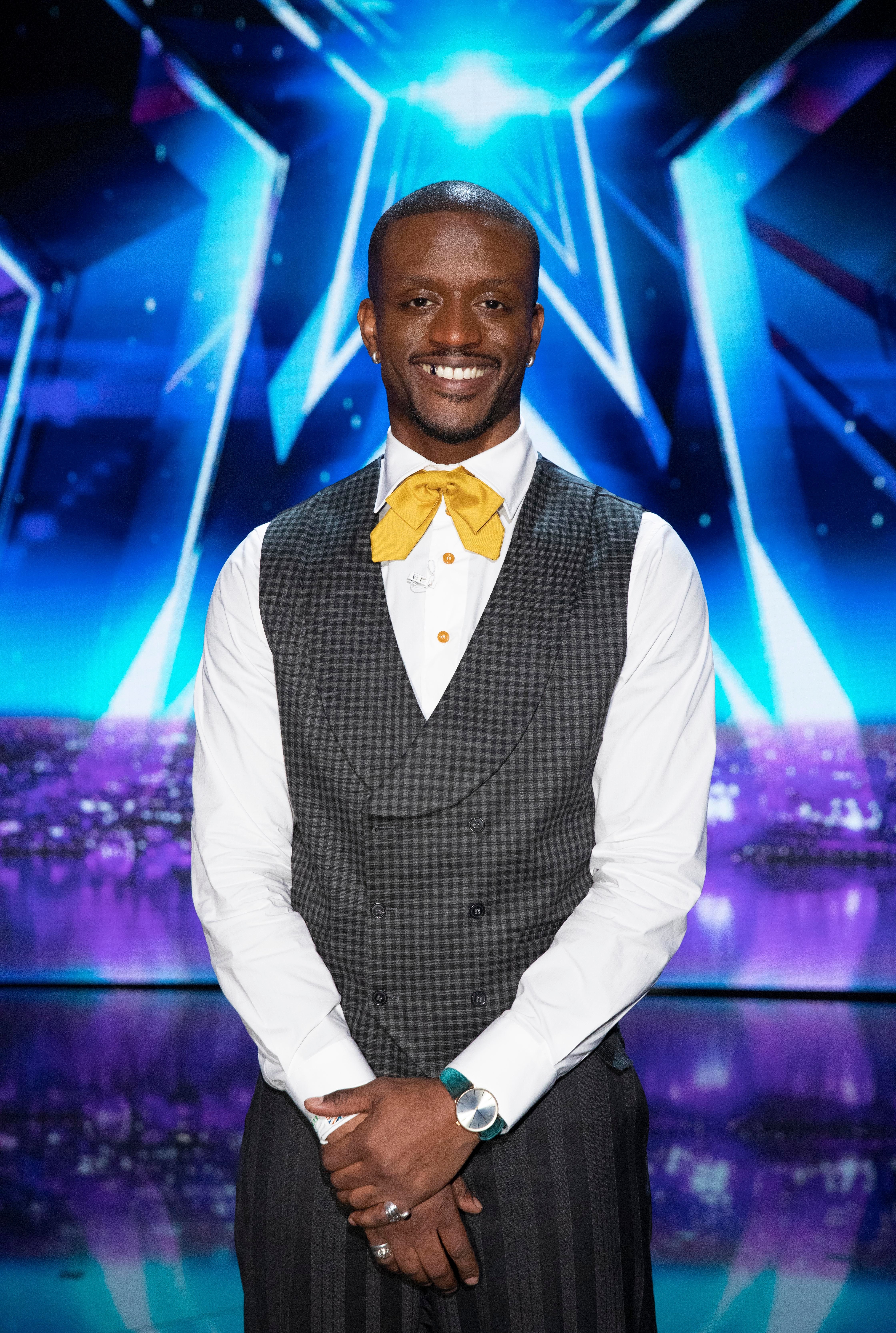 Magical Bones had been the second act of the evening, and told the story of a slave who came to England and became a famous magician.

After performing the box trick and then revealing how it was done, Magical Bones then shocked the judges by revealing his girlfriend – who they believed was in Canada and watching as part of the virtual audience – inide the box.

Alesha – who wore a Black Lives Matter necklace on tonight's show – was blown away by the performance and said: "The fact that you're a black man doing what you do, we have never had that before.

"You put your unique stamp on it." 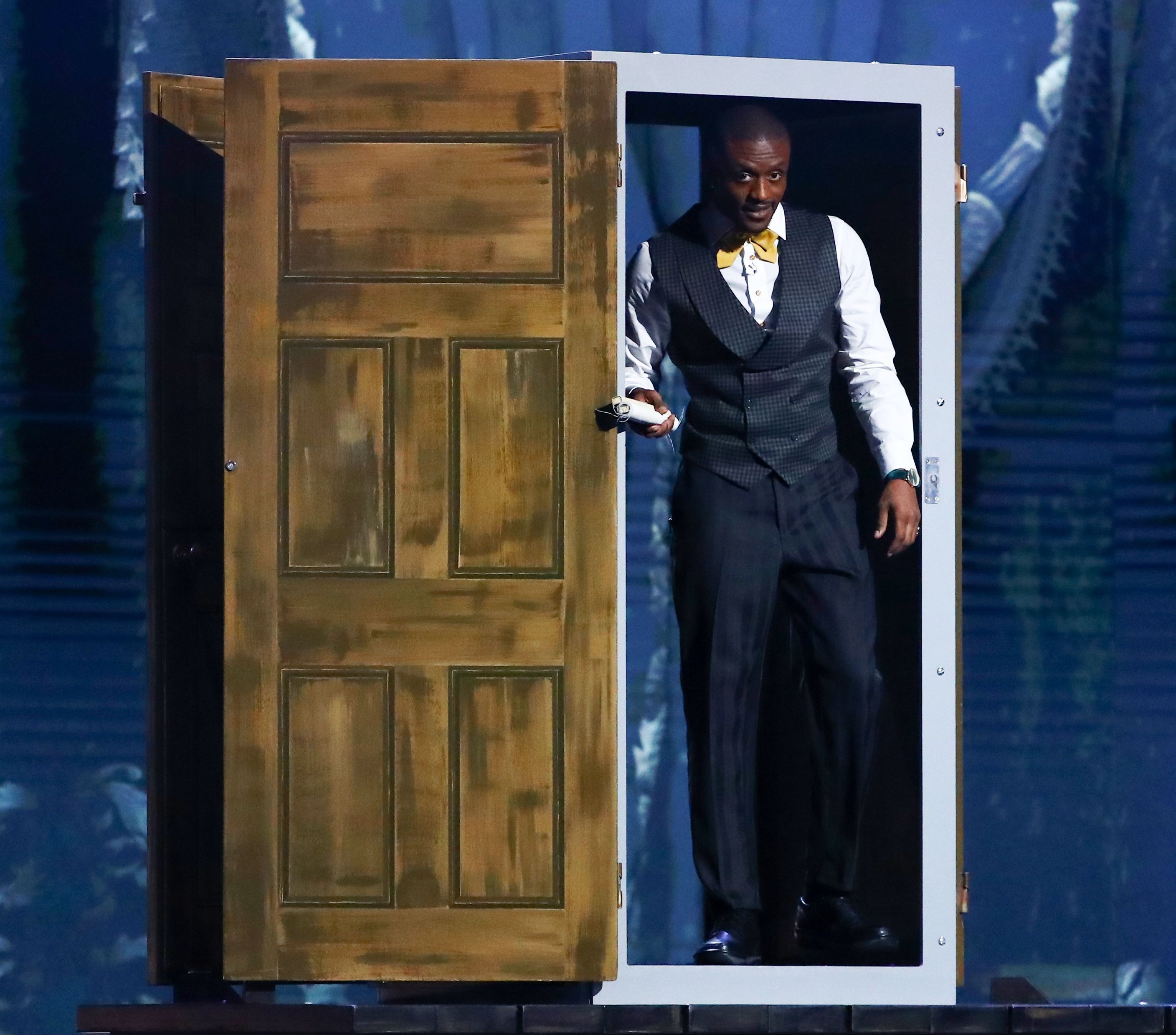 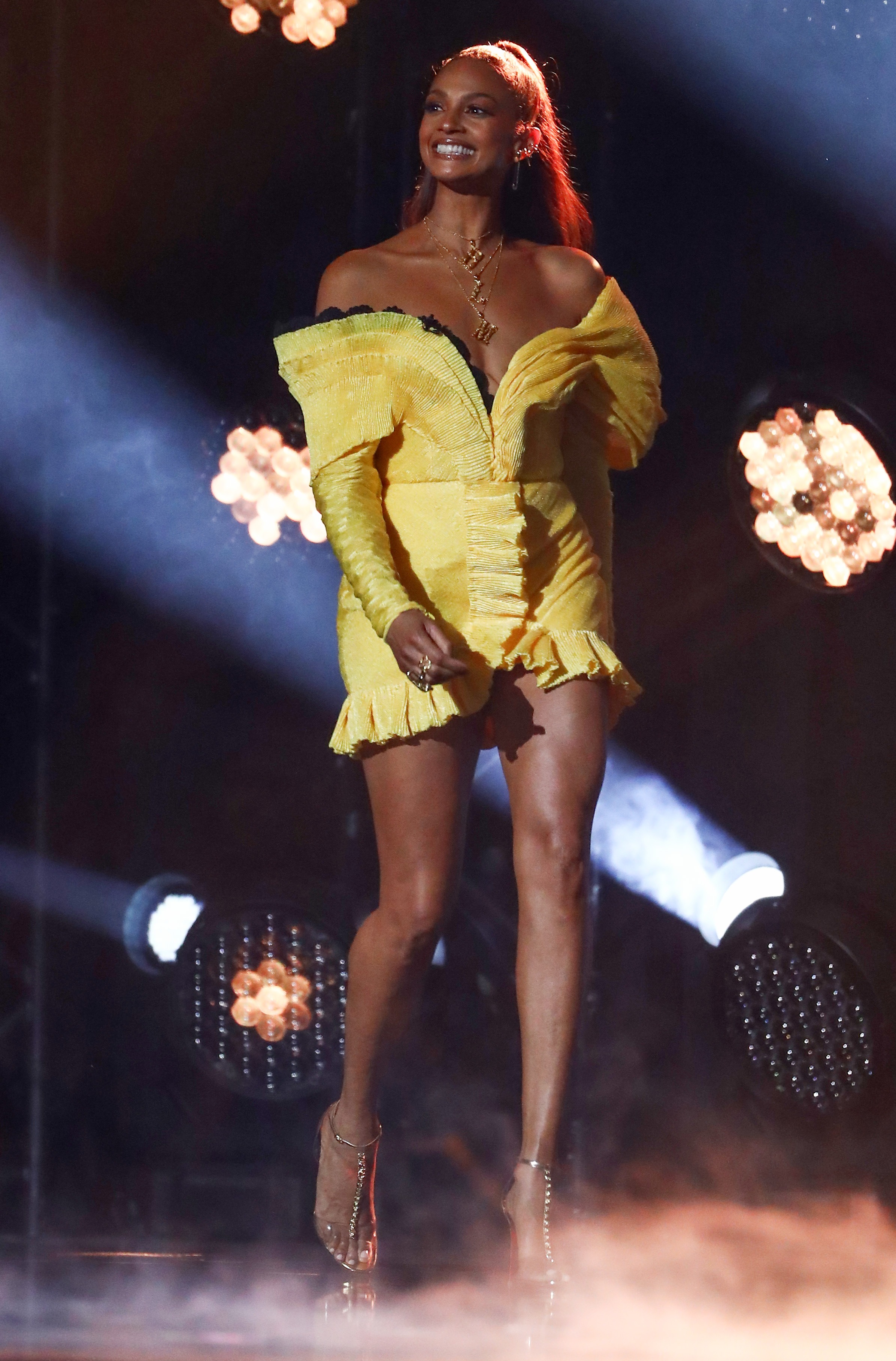 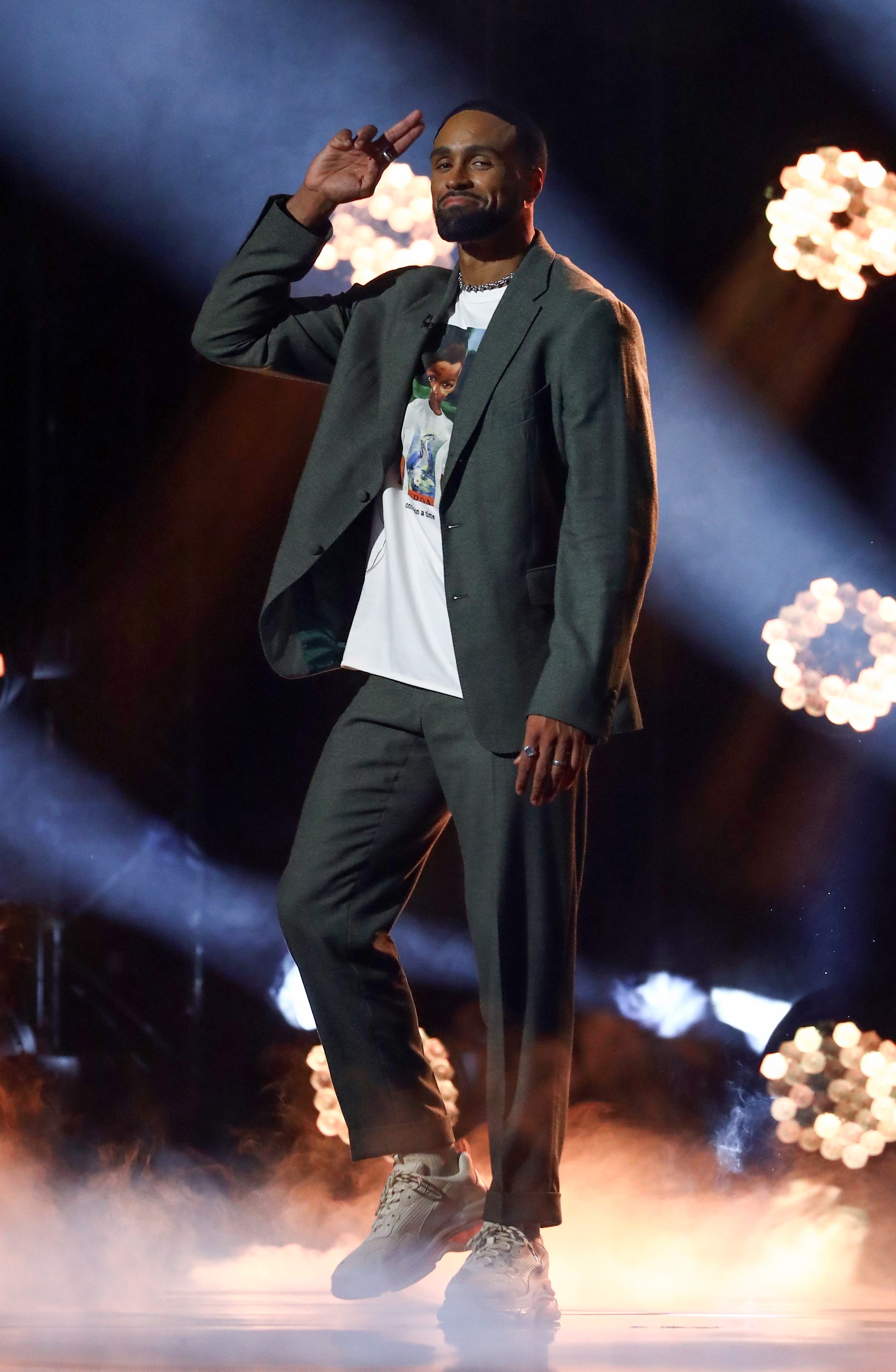 As well as Alesha's statement jewellery, which came after more than 24,000 viewers complained about Diversity's BLM-inspired dance routine two weeks ago, Ashley also seemed to make a subtle dig at the haters.

At the start of the show Ashley – who won the talent contest with Diversity back in 2009 – was asked how the acts could succeed, he said: "Working hard, leaving it all out there.

"People that try and save or try and play the system – just go out there and leave it all on the stage because you never know when it's all going to be over."

Host Declan Donnelly said: "Give it 100% every time," to which Ashley replied: "Absolutely." 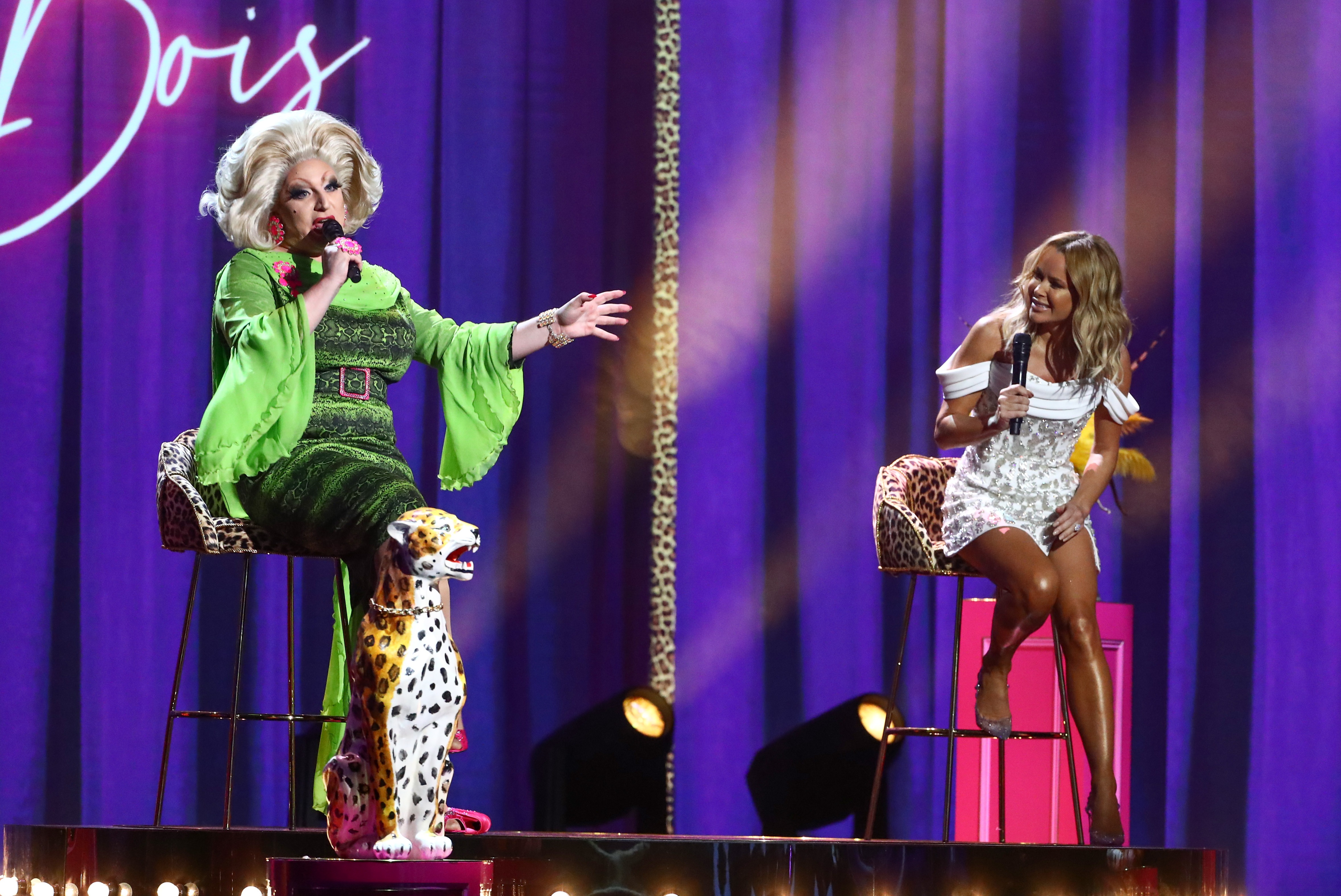 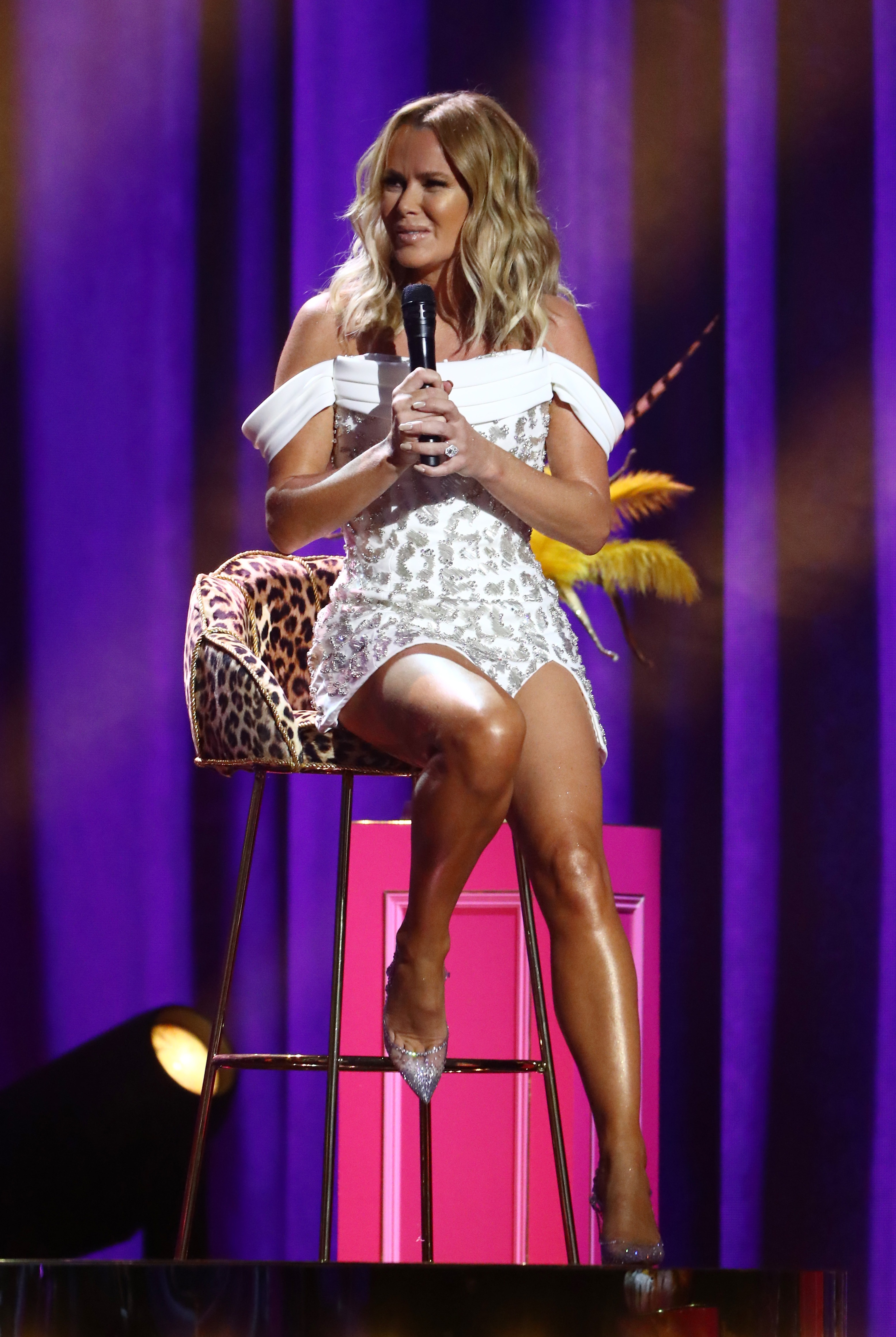 The semi-finalists certainly gave it their all tonight, with drag queen Myra Dubois opening the show with the help of head judge, Amanda Holden.

Myra and Amanda, 49, sang 'I Know Him So Well' and all the judges loved the comedy routine, apart from Ashley Banjo, who admitted he had had high expectations after her first audition and didn't feel tonight's performance was as good.

Magical Bones was next and was followed by Ember Trio, who performed a classical version of Destiny's Child's 'Survivor' with a moody backdrop. 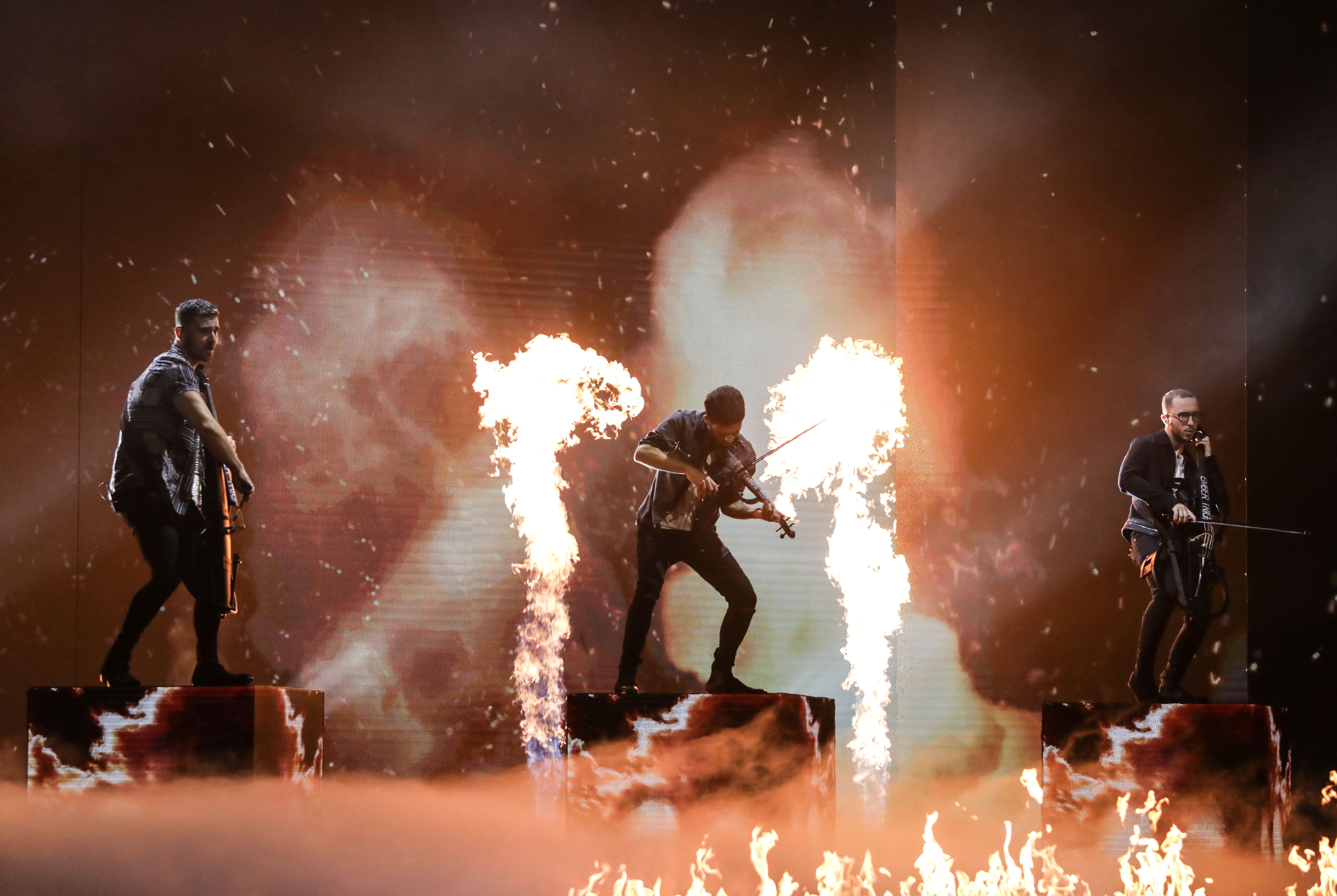 The judges were once again impressed, with Ashley saying he wished his group Diversity could have been on stage dancing with them while they performed their string instruments.

David's Golden Buzzer act, Sign Along With Us, was next and while some of the 70-strong group had to appear via video screen due to social distancing guidelines, it didn't take anything away from their performance, which included he Cyndi Lauper track, 'True Colours'.

David said he loved them as much as he had at their first audition while Ashley said his "heart was full" after their performance. 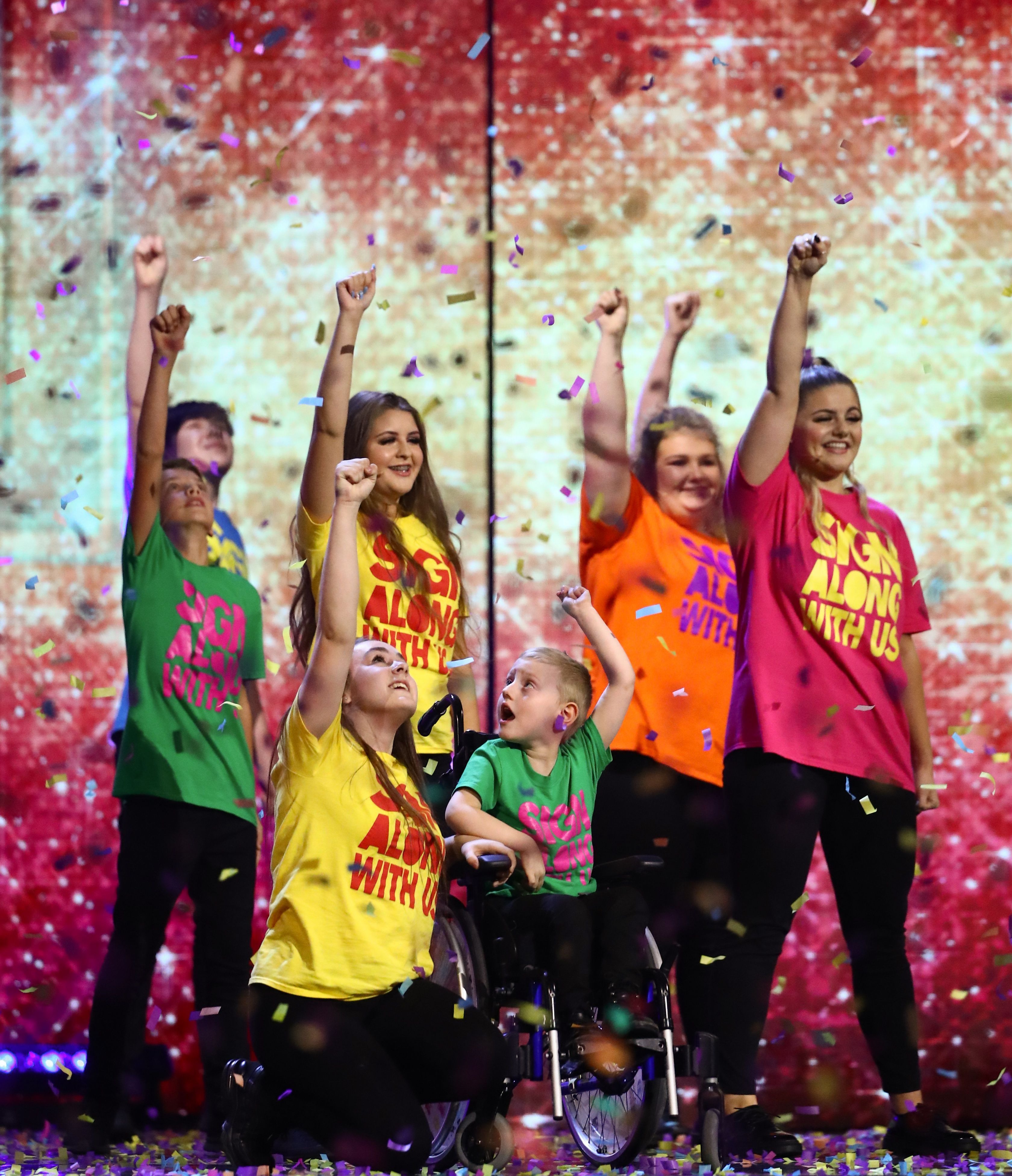 Dario the Dinosaur was less impressive, with Alesha and David hitting their buzzers.

Alesha explained: "Simon [Cowell] absolutely loves you and I'm sure he's really sad to be missing you tonight. Me on the other hand, wasn't as excited to see you although I did enjoy the beat."

Things switched to another gear with 15-year-old singer Sirine Jahangir, who performed on a grand piano and showcased her incredible voice singing ‘Carry you’ by Ruelle. 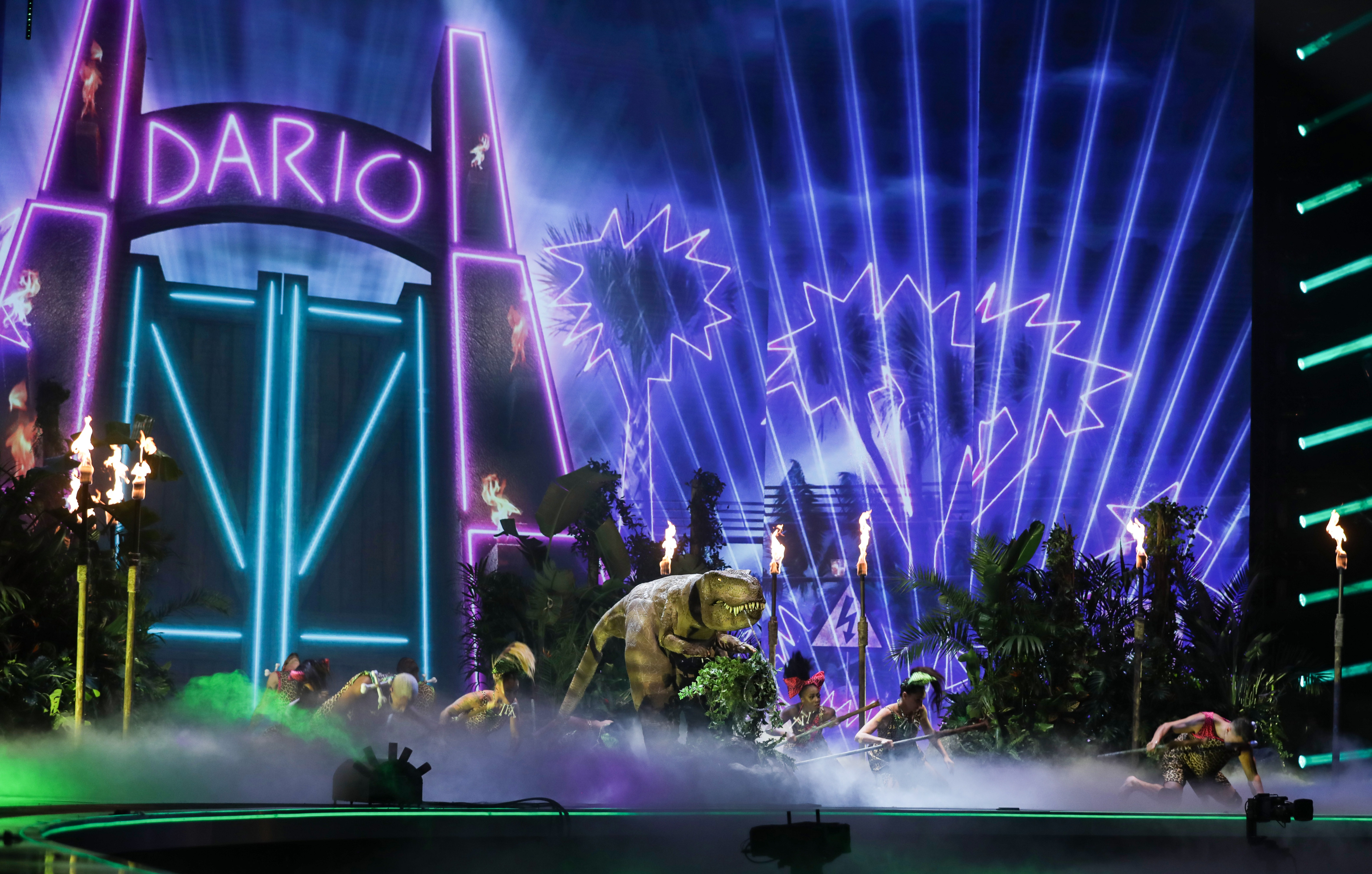 However the emotion of the song got the better of her right near the end and she started to cry, almost sending the judges into floods of tears as well.

Thankfully it didn't stop them praising her performance, as Amanda said it was "magical" while Ashley said her voice "transported me somewhere else".

The next act was X1X crew, who had to perform in India due to the ongoing coronavirus pandemic and its restrictions on travel.

The dare-devil group performed incredible acrobatics in front of a stunning building, and left the judges on the edge of their seats. 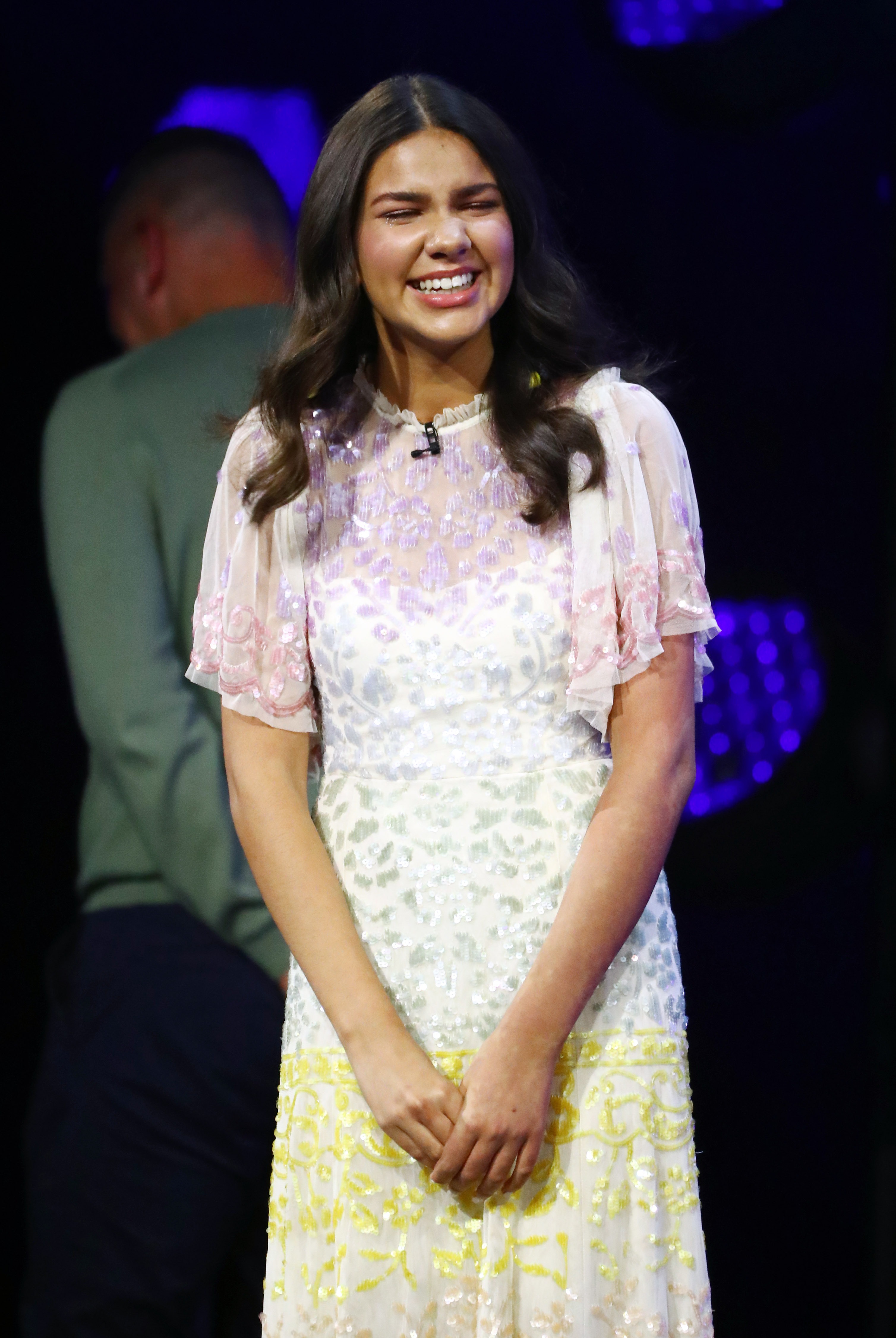 The former winner added: "Put everything on the line, in your case, even your lives."

The final act of the night was Bhim Nirolua who once again performed his original song ‘Sunday Morning Love You'. 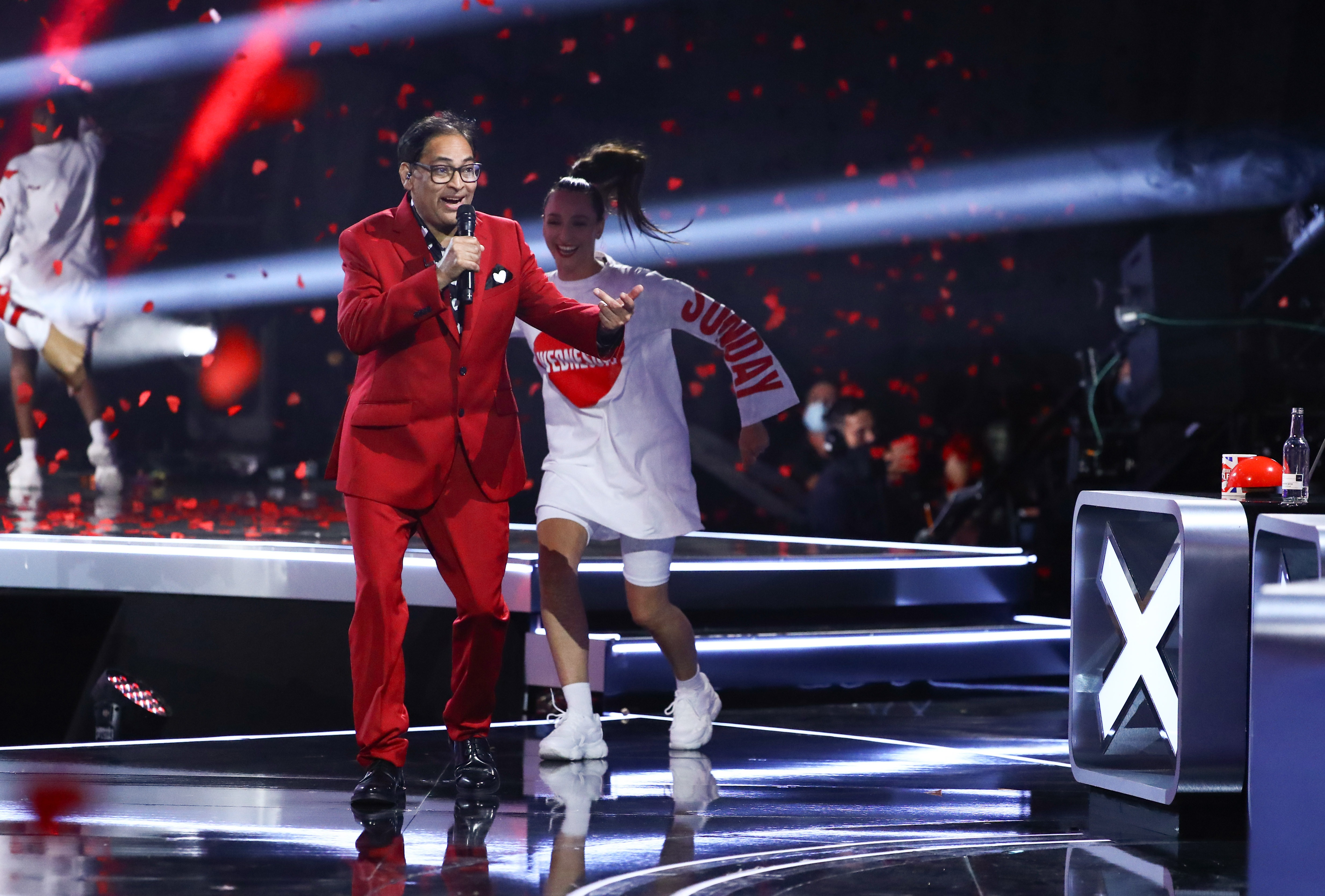 However the judges had a mixed response to the song, although they all agreed he was a great guy.

The judges ended up selecting Magical Bones, Sirine Jahangir and X1X Crew as their top three, with David, Alesha and Ashley putting the magician through.

However, Amanda admitted she would have chosen Sirine.

Thankfully, all the acts still have the chance to make it to the final as they go to the public vote.

Britain's Got Talent continues next Saturday, September 26 on ITV.

Tags: Britain's, Got, Talent&#x27
Recent Posts
We and our partners use cookies on this site to improve our service, perform analytics, personalize advertising, measure advertising performance, and remember website preferences.Ok