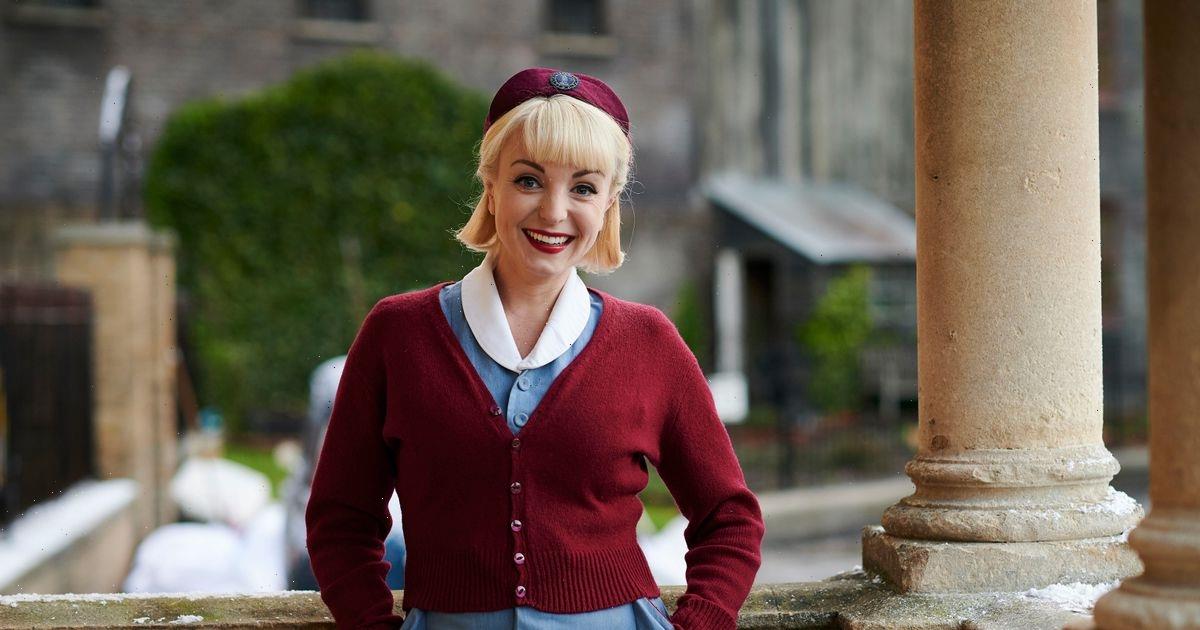 Trixie Franklin is set to get engaged on BBC's Call The Midwife this Christmas.

The nurse, played by Helen George, will get a proposal from boyfriend Matthew Aylward, in emotional scenes in the show’s festive special.

It comes after years of heartache for loveable Trixie, played by Helen George.

And it will make the show’s millions of viewers smile when it airs on Christmas Day on BBC One.

Filming the proposal scene was done at night on location by a bridge in south London to make it extra romantic.

But it was almost ruined by a bunch of drunk revellers having a night out nearby.

Helen said: “There were loads of pubs around us and everyone was absolutely wasted. We we’re trying to be in the moment, but there were all these drunks there! They were screaming obscenities, going, ‘What the f*** is this?’”

Trixie and Matthew, played by Olly Rix, will get hitched on the new series, which will air early next year.

Actress Helen, meanwhile, has been busy this week celebrating the first birthday of her daughter, Lark.

The picture, in which Lark was surrounded by an impressive pile of presents and a '1' helium balloon, was simply tagged "One year with Lark x" by Helen.

Fans were quick to wish him well on his big day with one writing: "And the world is a far better place with her in it . She is an absolute ray of sunshine. So much love for Larkie."

A second commented: "Happy Happy Birthday Lark!!! You beautiful sweet girl! Helen, you’re an inspiration, I absolutely adore you on Midwife, been with you since the beginning! Peace & love to you and your beautiful family."

Previous post My husband has sex with me in his sleep