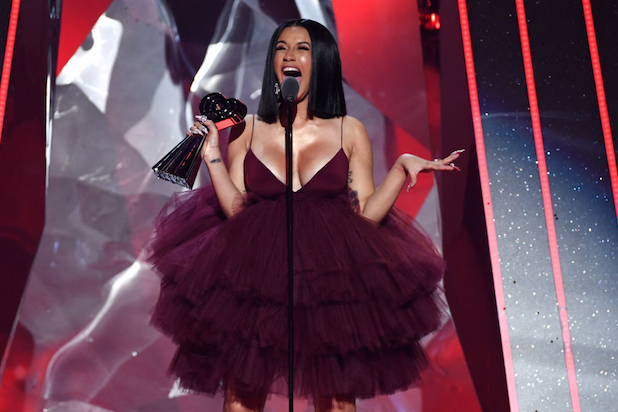 Cardi B postponed her concert at the Bankers Life Fieldhouse in Indianapolis Tuesday night minutes before the show was meant to begin due to concerns over a “security threat,” the rapper and singer tweeted Tuesday.

“Dear Indiana people I’m so sorry for today,” Cardi B said in a tweet. “I will like to let you know I was at the venue I was even rehearsing a new move I been excited to do on my show. Unfortunately there was a security threat that is currently under investigation right now. My safety and your safety first.”

The concert’s promoter Mammoth Live issued a statement via the venue’s Twitter page confirming that the show had been postponed and the threat was under investigation.

“Due to a security threat and safety concerns at this evening’s show, management has advised that this show be postponed. These threats are currently under investigation,” Mammoth Live said in a statement.

Indianapolis police also issued a statement saying that the threat was “unverified” and that there was no immediate threat to public safety, though an investigation was ongoing.

“This evening, there was a scheduled concert at Bankers Life. We were notified of an unverified threat to the artist and the artist canceled this evening’s concert – there is no immediate threat to public safety, this not an active incident. Ongoing investigation,” the Indianapolis Metropolitan Police Department said via Twitter.

The Bankers Life Fieldhouse also announced that the concert had already been rescheduled for Sept. 11.

The news of the security threat arrives one day after Cardi B tweeted a photo of herself sitting down with presidential candidate Bernie Sanders and encouraged fans to watch the Democratic debate on Tuesday night.