CHERYL looked incredible in tracksuit bottoms and heels as she stepped out for dinner in London last night.

The former X Factor judge, 35, kept it casual as she joined pals for an evening out in Mayfair. 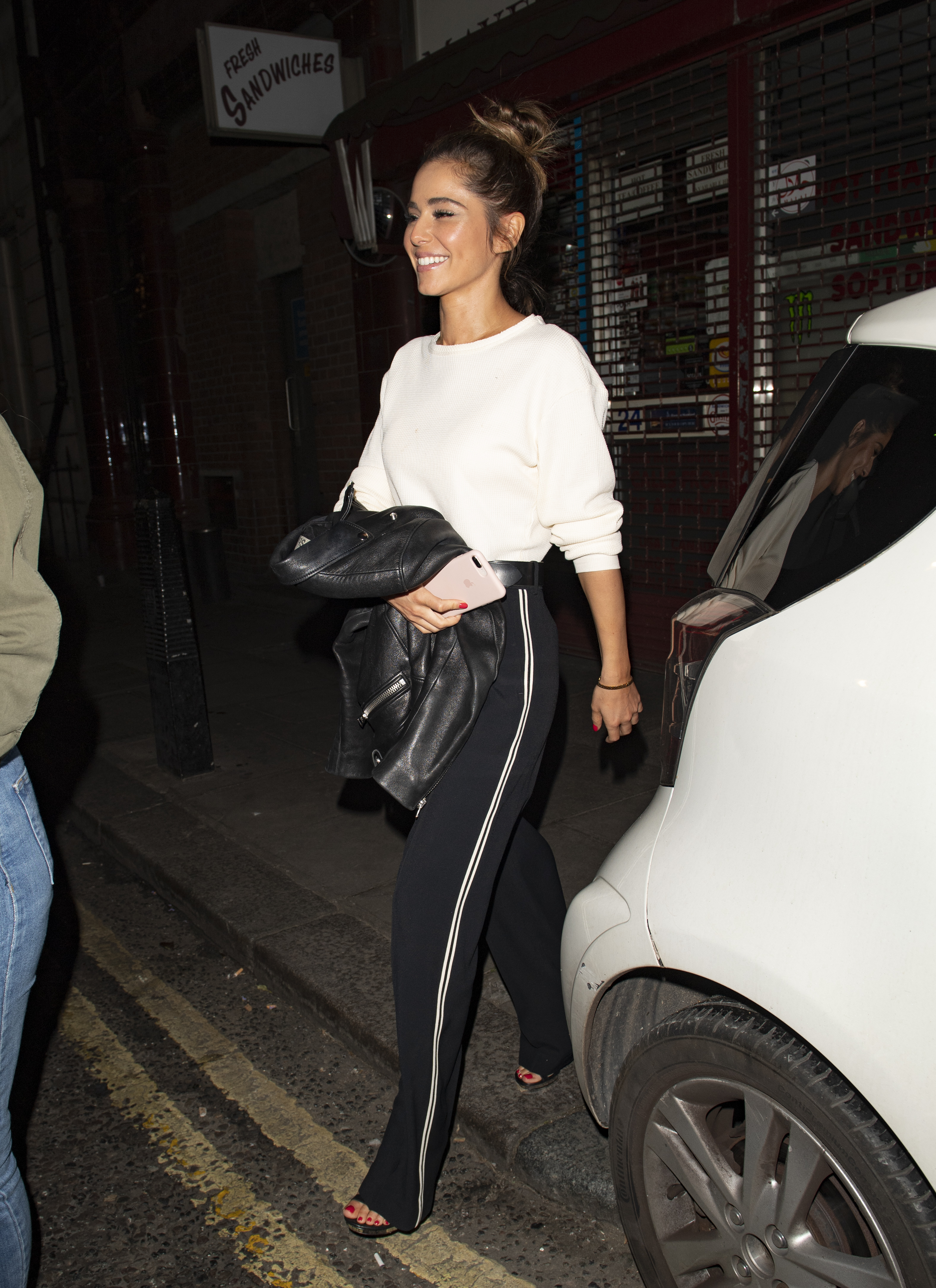 Cheryl tried to go unnoticed by sneaking out the back of the restaurant, but was spotted by photographers before getting into her waiting car.

The star also wore minimal makeup and had her hair in a messy bun.

Cheryl recently admitted her gruelling fitness regime leaves her feeling like she is "dying" every day as she turns on four radiators to work out in 90 degree heat.

Speaking exclusively to The Sun Online's Big Interview, Cheryl revealed for the first time the secret behind her incredible abs and post-baby body. 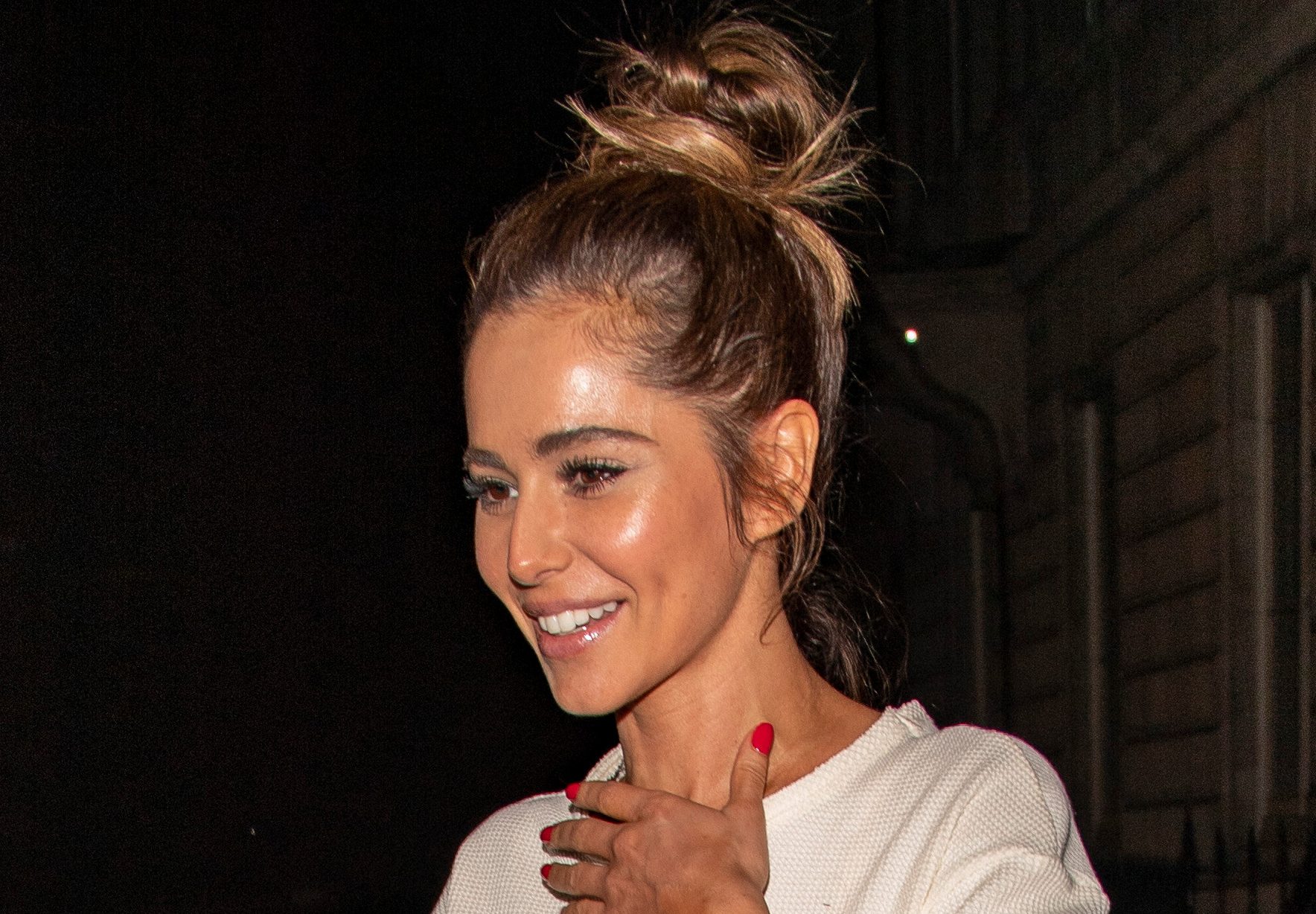 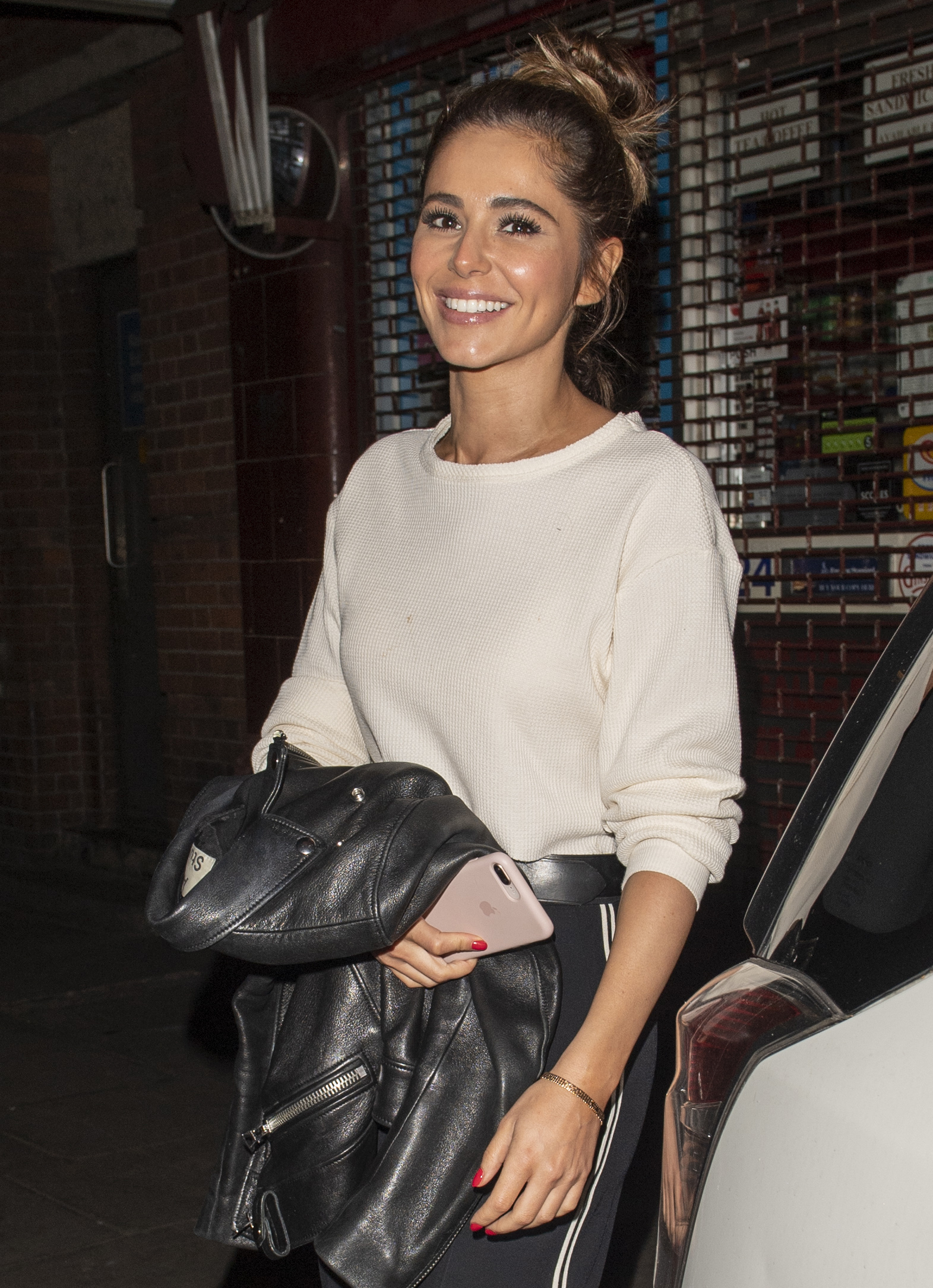 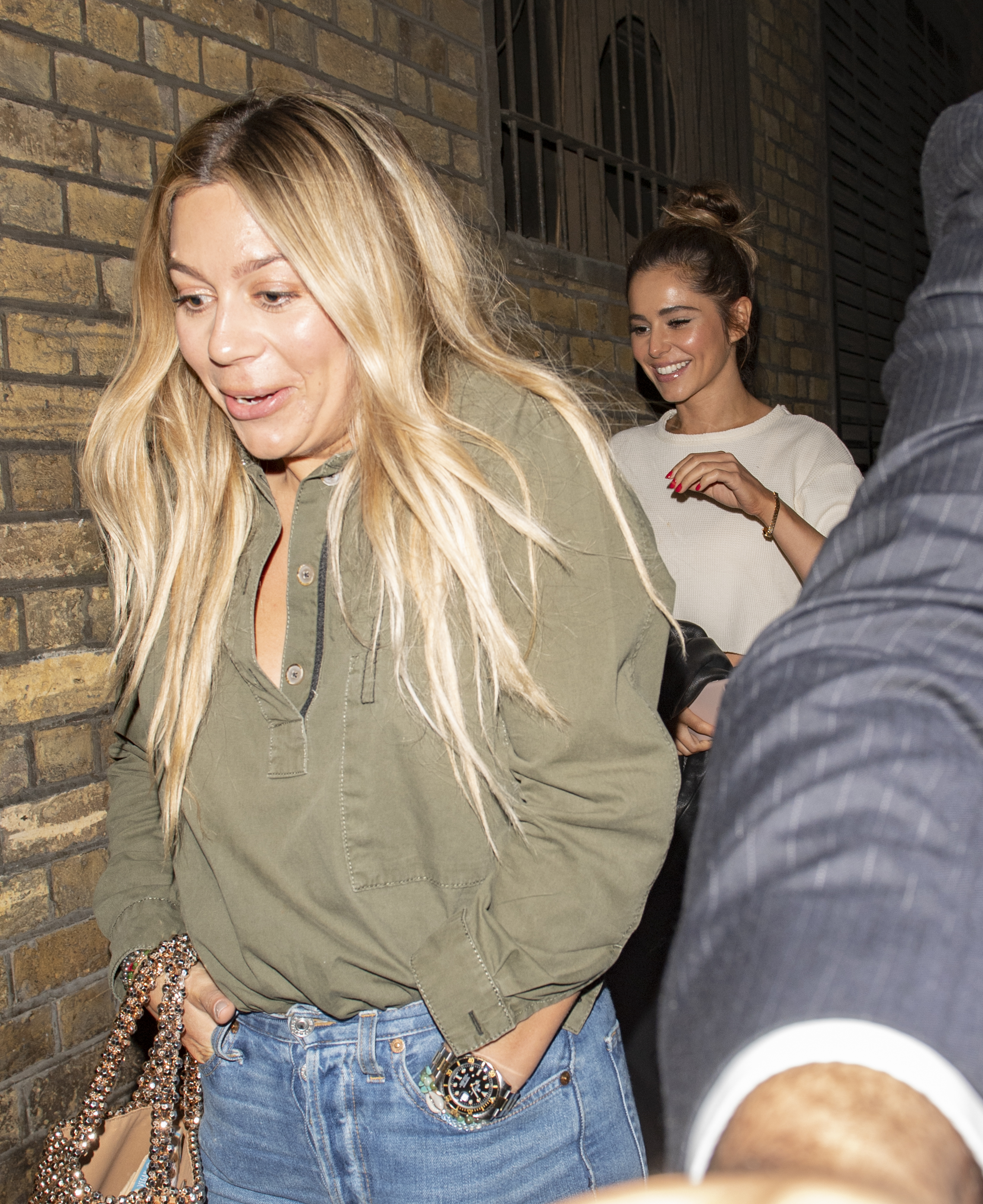 The star said that she follows US fitness queen Tracy Anderson's vigorous workout methods, which see the singer turn her living room into a sauna for the "extreme" regime.

Cheryl shows off her incredible abs in the video for new single Let You, and told us exactly how she got her impressive figure.

She said: "I've been doing the Tracy Anderson method, where you work your muscles at all different angles to lean you out rather than bulk them up.

"You do it in 90 degree heat with humidity, which is supposed to help tone your skin."

Other celebrities to swear by Tracy's training include Kim Kardashian, Madonna, and Gwyneth Paltrow.

Cheryl went on to confess that she struggled to return to her post-baby bod after welcoming her first child, Bear, with ex Liam Payne in March 2017.

The mother-of-one detailed: "Obviously it's not that easy to get your body back after having a baby so I'm at it nearly every day.

"I do the routine at home, she has a streaming system so I can watch on the TV. 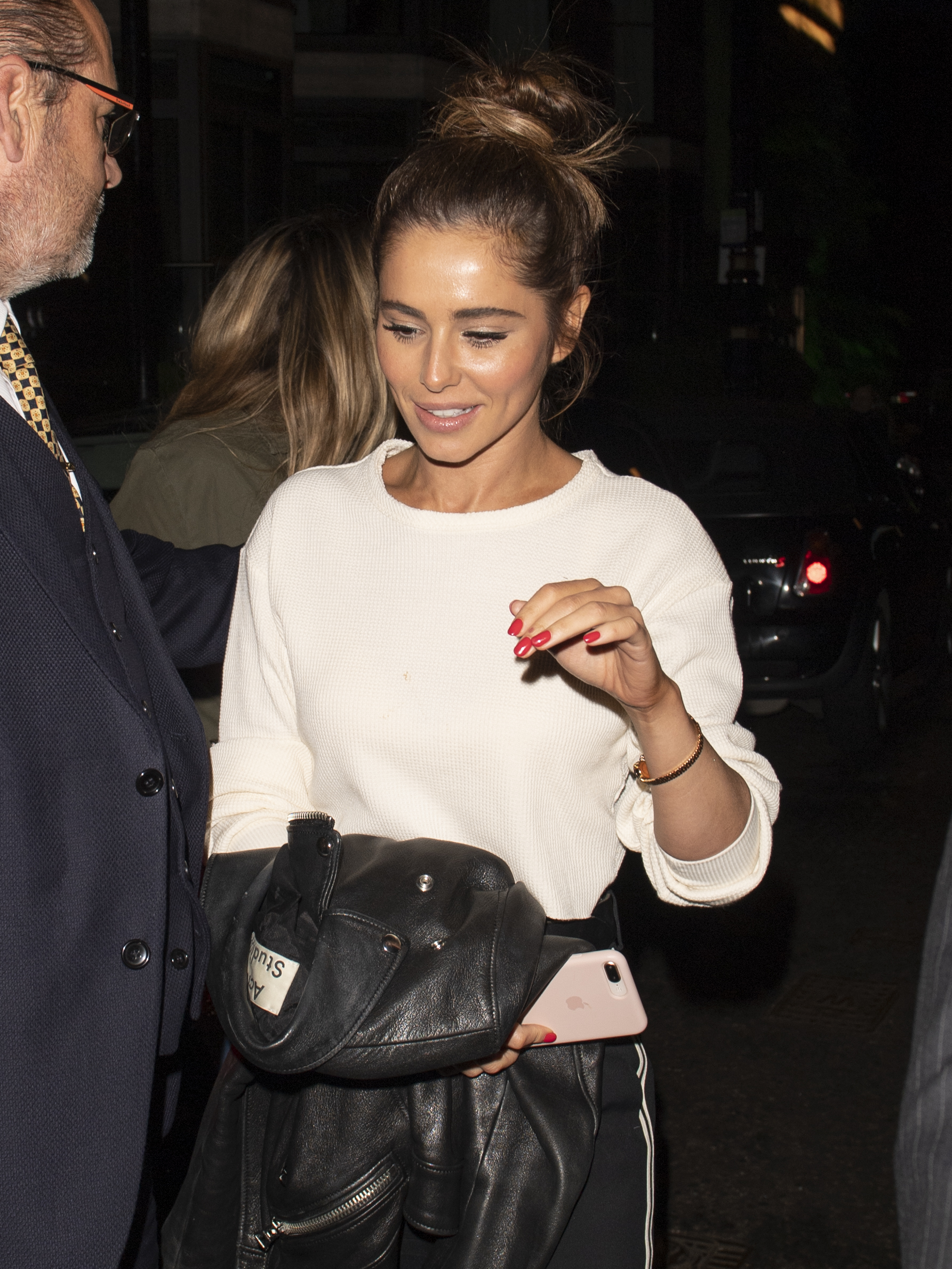 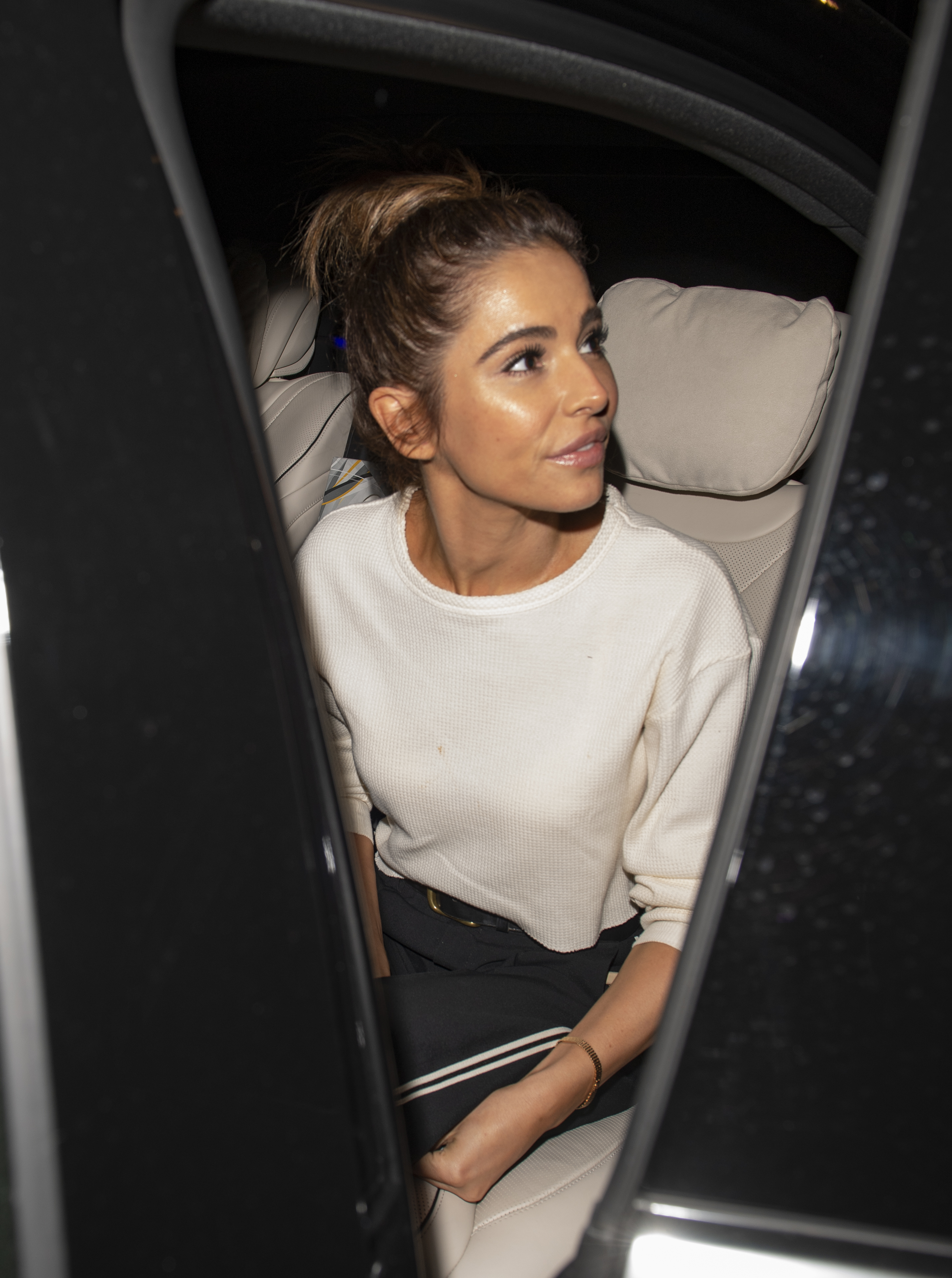 most read in tv & showbiz

"I literally have four heaters and two humidifiers, it's not for the faint-hearted, honestly I am an extremist.

"I am one of those people who can't do basic yoga, it's too boring – I have to do the extreme heat where somebody can potentially die, or you feel like you're dying, it's quite extreme – it's a hard method, but it works."

Cheryl split from Bear's father, former One Direction star Liam, last summer, but spoke warmly of him during out chat.

She told us: "Things are great. I'm actually really happy that we can be the way we are.

"We love and care about each other a lot and we share a child. It's really important that we're able to have a very healthy good relationship.

"We're going to be in each other's lives forever so we've got to figure it out and be grown-up about it."