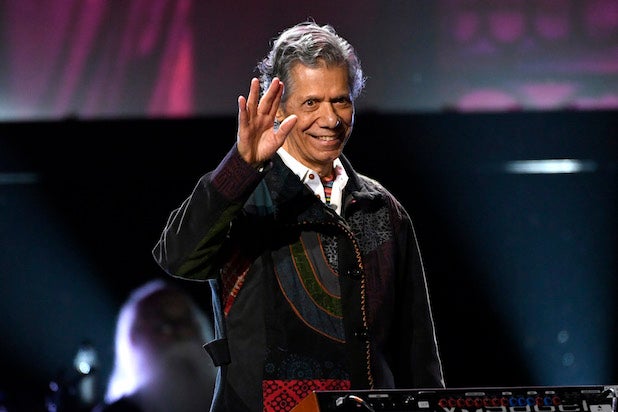 Corea’s death was announced on his Facebook page Thursday, and the post said he passed away Feb. 9 after a brief battle with “a rare form of cancer which was only discovered very recently.”

Corea left a final statement which was posted on social media Thursday and reads: “I want to thank all of those along my journey who have helped keep the music fires burning bright. It is my hope that those who have an inkling to play, write, perform or otherwise, do so. If not for yourself then for the rest of us. It’s not only that the world needs more artists, it’s also just a lot of fun. And to my amazing musician friends who have been like family to me as long as I’ve known you: It has been a blessing and an honor learning from and playing with all of you. My mission has always been to bring the joy of creating anywhere I could, and to have done so with all the artists that I admire so dearly–this has been the richness of my life.”

Born in Chelsea, Mass., Corea began a career as a professional keyboardist in the early 1960s, and began playing with Stan Getz and Miles Davis’ bands later in the decade. His frequent stlyings with an electric keyboard and ring modulator gave his piano a larger-than-life output and captivated live audiences.

Some of Corea’s most notable jazz compositions include “Spain,” “Windows,” and “La Fiesta,” though throughout his prolific career he produced 81 studio albums and 17 live albums.

Corea worked with Davis from roughly 1967 to 1972, and contributed intstrumentals to some of Davis’ most famous albums, including “Bitches Brew,” “Filles de Kilimanjaro,” “Big Fun” and “Water Babies.” Corea produced three albums with Getz, including 1967’s “Sweet Rain.”

In 2001, Corea was described in the Los Angeles Times as “one of the major jazz piano voices to emerge in the post John-Coltrane era” and was lauded as an “extremely versatile” pianist.

Corea was also an outspoken Scientologist — he moved to Clearwater, Fla. in 1976 from Los Angeles to be closer to what he called “the largest religious retreat in Scientology,” Flag Land Base. Corea’s beliefs famously barred him from performing in a show at the 1993 World Championships in Athletics in Germany, after the state government threatened to withdraw event subsidies featuring avowed Scientologists. Corea complained, and later members of Congress notified Germany the incident was a violation of Corea’s human rights.

“What making music for people does, I’ve observed, is it stimulates what’s natural in all of us,” Corea said in an interview with Jazz Times last September. “It’s [a] native sense, in every person. You don’t have to be a professional anything — all you need to do is be a living human being, and open to the play of imagination.”