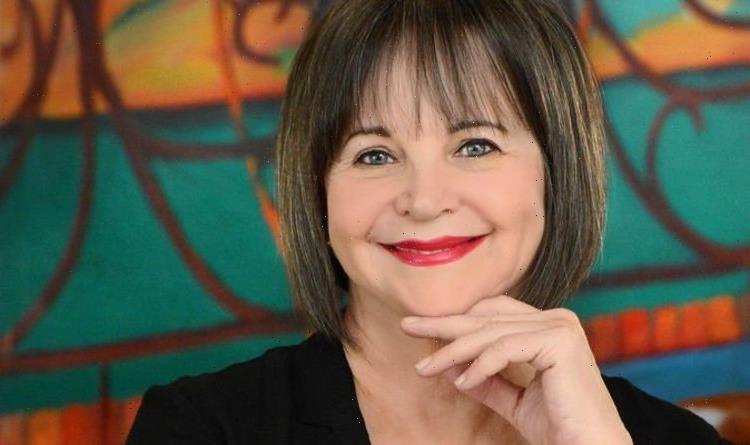 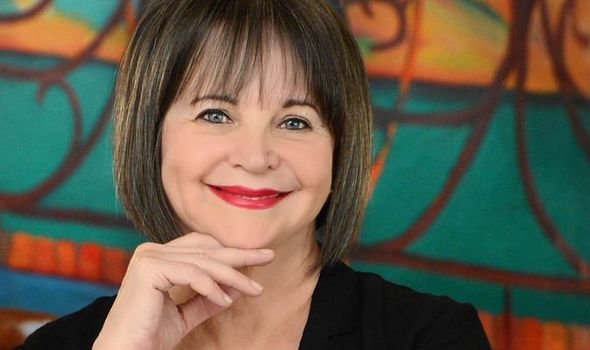 The TV legend opens up to ALLISON INTERVIEWS podcast host, Allison Kugel, about Penny Marshall, Laverne & Shirley on-set secrets, her childhood with an alcoholic father, high school days with classmate Sally Field, dealing with the death of her former castmates, and more.

Cindy Williams starred as Shirley Feeney for eight seasons on the smash hit ABC sitcom Laverne & Shirley, from 1976 to 1983, which she will now be chronicling with insight and humor in her upcoming one woman show, Me, Myself & Shirley, during a limited U.S. tour across nineteen cities beginning in January 2022.

The following are excerpts from internationally syndicated columnist Allison Kugel’s latest podcast episode, featuring Cindy Williams. The interview is available for re-publication in its entirety, or in select quotable excerpts.

On losing Penny Marshall & other castmates:

“I haven’t processed any of it. I still haven’t processed Penny [Marshall] passing. I still talk to her. I still think I’m going to go over there and tell her something, and you know, Phil [Foster] and Betty [Garrett], I still see them as present. I know they’re not, but I still see them and relate to them as present. Since Eddie [Mekka] recently passed, I put the framed cast picture on my mantel and I have candles lit.

“I was just looking at it and thinking, ‘You’re [all] gone,’ and I could hear them laughing at me and saying, ‘Check, check, check…’ Then I realized, it’s just Michael [McKean] and me that are left. I feel like calling him and saying, ‘I’ll race you to the finish line.’ It’s just surreal to me. It’s like they are all in another land. I know they are happy, because I believe in heaven. I believe in a fun heaven, and that they are all having fun together. Michael and I are the odd men out right now”

On getting around strict FCC sensors:
“We had a Born-Again Christian sensor assigned to our show. Great guy, but he just wouldn’t let us say things, so it made the show even better, because it made us have to invent words and phrases around those limitations. We couldn’t just refer to certain words for our saucy humor. We had to resort to what I would call risqué church camp humor. We would substitute the word [sex] for “Vodeo Doe.”

That was our show’s made up phrase for going all the way, because we couldn’t say the actual words on the show.  So, it was like, ‘Did you vodeo doe?’ We always thought that our Born Again Christian sensor made Laverne & Shirley funnier, because it involved clean humor, which everybody really enjoys whether they know it or not.”

Cindy Williams and Penny Marshall originally thought Laverne & Shirley were hookers:
“Penny Marshall and I were actually writing something together, prior to Laverne & Shirley. We were assigned as writing partners on a movie, and so we were working together and then we got a call in our office from Garry Marshall saying, “There are these parts for these two girls on Happy Days and Fonzie (played by Henry Winkler) goes on a double date with Richie (played by Ron Howard). Garry told us the two girls they go out with were friends of Fonzie’s and that they were, ‘The girls who date the fleet.’ Penny and I thought, “Hmmm, hookers? This will be fun.”

“Then we went back to our writing, and two weeks later we got a call from Garry’s office and they said that ABC had seen the episode and loved it, and they wanted to ‘spin the characters off.’ At that time Penny and I had no idea what that meant and it had to be explained to us that it meant we were getting our own show.

Before we knew it, we were doing other episodes on Happy Days to introduce our characters and then we had the Happy Days characters have their storylines come over to Laverne & Shirley, and that is how it all came about. It happened so fast.  Penny and I had no time to say, ‘Wow, this is really happening!’ We never really took it seriously.”

On abandoning her original dream of becoming a nurse:

“I wasn’t meant to be a nurse. I was meant to do exactly what I did. That was my service. That is what God sent me here to do. That’s why he didn’t give me an academic brain, because if He did, I would have been a nurse. There are no Ifs, Ands, or Buts about it. I would have gone into the medical profession, but he made me not too smart in biology, and also faint at the sight of blood.  I honestly believe that God steered me in the direction of comedy to make people laugh.”

On taking a page from I Love Lucy:

“We performed it in front of an audience, and ran it like a stage play. We wanted our studio audience to see the entire show, because that way we could all travel together and get the joke. We started at the top, and we ran the show all the way through to the end, without really stopping or going back. We never really cut it up and did scenes out of sequence, and that is why it had that amazing rhythm. Lucille Ball also did I Love Lucy like that, I believe, and we had her crew on Laverne & Shirley.”

“Desi Arnaz had invented that way of doing things. Lucy was a physical comedienne, and she would be all over the stage, so Desi Arnaz, being the genius he was, put all of their cameras on these dollies. So there are three cameras, you’ve got the stage, as though you are watching a play, and you have the cameras moving with us on dollies. Usually, [television sitcom] cameras are set in place and stagnant, but our cameras were like Lucille Ball’s cameras on the Lucy show, and they moved around the stage with us.”

On growing up with an alcoholic father who also inspired her comedy career:
“My father was the funniest man I ever knew, but he also drank. He was an alcoholic, and when he drank he was another person, and he wasn’t so funny. I kind of had to pilot my way through my childhood, because my mother worked at night and my father worked during the day. He would come home and start drinking, and he would want to go to the bars, and he would take me with him from the time I was a little girl. He would lock me in the car and he would go in and drink.”

On being jealous of her high school classmate, Sally Field:

“The drama teacher in charge of the talent show at my high school invited me to be in a play production class. I skipped Drama 1 and 2, and I went into play production. In my play production class was Sally Field, who was doing The Flying Nun. I was so jealous of her. She was brilliant on stage, even at the age of fourteen and fifteen, and everybody recognized it, and that is when the [show business] bug bit me.”

On the best advice she’s ever gotten:

“It was from my mother and it’s two words: Keep Moving. She’d say, ‘Cindy, just keep moving.’ Now, whenever I get down and think I can’t do something, I hear my mother say, ‘Keep Moving.’ And so I move, and it works on so many different levels.”

On society losing its sense of humor:

“People who are afraid of God or Christ, I think they are fearful because they see God as the great punisher. God is unconditional love, and with that comes great humor. When you take humor out of a society, you take a lot of love out of that society. That’s what I think is happening now.”

“I was watching Laverne & Shirley, which Penny and I never did much back then. I watched all of the old episodes and there were only two that couldn’t be done today. It’s two things that could have hurt people’s feelings, but if it was today, Penny and I would have caught those immediately and substituted them for something else. We had a few fat jokes on the show, which I’d get hurt by today because I look fat (laugh), but we wouldn’t have done those jokes today. We wouldn’t want to hurt people’s feelings, unless it was our own; unless the joke was on us, and everyone could laugh at us and with us. That is what the show was all about.”

“You need humor to facilitate a conversation, and everybody can laugh at it, for instance, how ridiculous it is for someone to be prejudice? That is what shows like All in the Family or The Jeffersons were all about, taking those prejudices and shining a light on them so everyone can take a step back and see that it’s not right, but isn’t it funny for people to think that way?

That is what they don’t get today. They don’t allow for satire and parody. It’s not allowed with stand-up comics today, and it’s a shame because then everything becomes just a flat line. You lose your sense of humor about yourself. If you can’t laugh at situations and you can’t laugh at yourself, you are constantly going to be depressed, and that’s what I think is happening.”

About Entertainment Journalist Allison Kugel
Allison Kugel is a syndicated entertainment and pop culture columnist and author of the book, Journaling Fame: A memoir of a life unhinged and on the record. To date, she has interviewed 300+ newsmakers from film, television, music, world events, and popular culture. Follow her on Instagram @theallisonkugel and AllisonInterviews.com.

Tune into the ALLISON INTERVIEWS podcast on Apple Podcasts, Spotify, and YouTube. 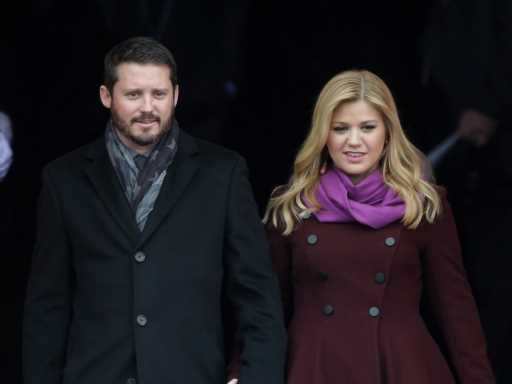 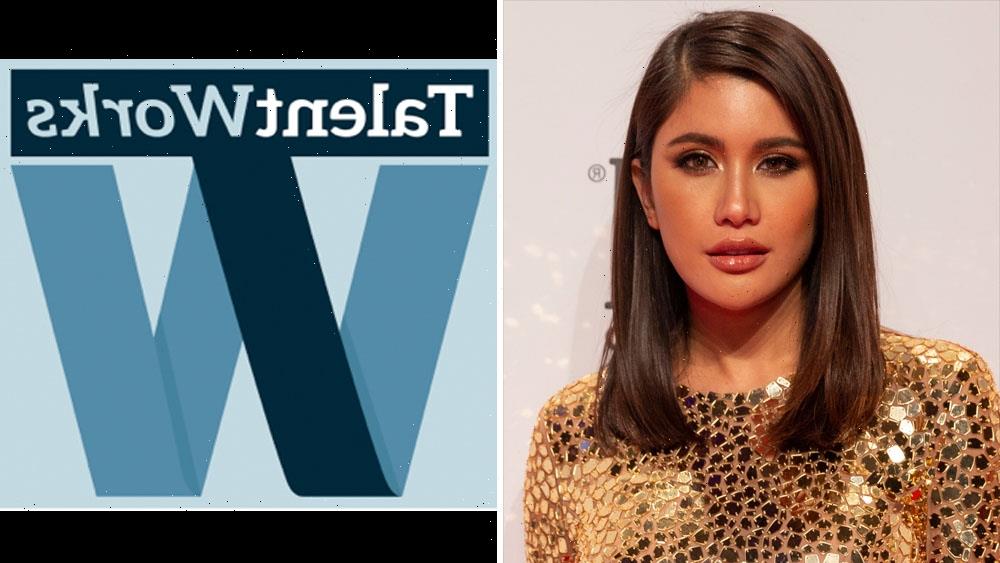