Coronation Street has lined-up a big new storyline for much-loved character Carla Connor (played by Alison King) which explores some difficult aspects from her past. When she was forced to face the music last night, the punters of The Rovers Return quickly sprang to her defence. However, when she discovers an attack which she suspects Chelsey (Isobella Hubbard) and Jordan (James Boyland) have been harmed in – could she end up in more trouble?

Carla went off the rails last year after her best friend Rana Habeeb (Bhavna Limbachia) was killed in the Underworld factory collapse.

She ended up having a breakdown and was later hospitalised after the episode but much off this took place off-screen.

The secrecy surrounding the events meant ITV viewers and Carla’s nearest and dearest had been unsure as to exactly what went down.

Since her return, she has never revealed much about the difficult period, despite her partner Peter Barlow (Chris Gascoyne) trying to probe her on her time away. 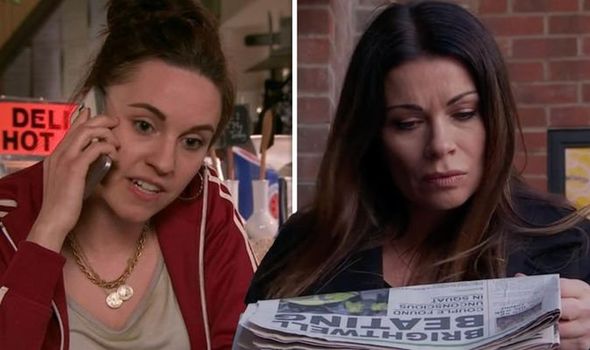 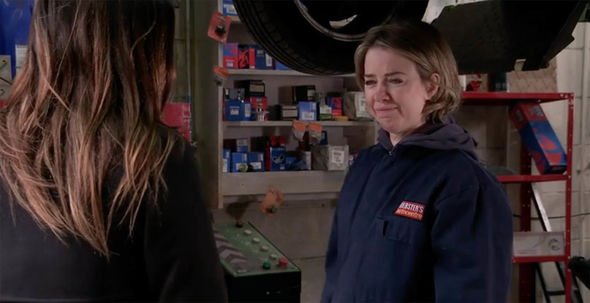 In the months to have followed, Carla has been gradually putting the past behind her and getting her life back on track – with Peter by her side.

But she was dealt a shocking blow earlier this month when mysterious youngster Chelsey (Isobella Hubbard) turned up at The Rovers, armed with a threat.

She revealed she knew who Carla was and had met her last year and now came to insist the former owed her £1,000 after she disposed of drugs on her behalf.

A frantic Carla was given yet another nasty surprise when Chelsey returned once more with Jordan and the pair tried to blackmail her.

Carla explained the situation to Peter and how she needed money to pay Chelsey and Jordan off and he agreed to help get funds together. 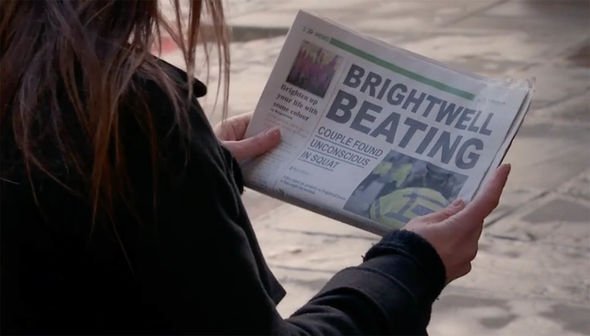 However, last night’s episode saw the pair return to The Rovers to pick up the cash but as they continued to torment Carla, she felt forced to reveal the truth in front of all the punters.

She confessed how she slept with Jordan when she was on the streets in return for somewhere to live and the pair were soon kicked out of the pub.

Peter was left furious with Jordan taking advantage of a vulnerable Carla, reminding her she was not in a fit state to consent to the act.

Things will heat up again next week when Carla stumbles upon a copy of the Weatherfield Gazette – which reports a young couple have been attacked on the Brightwell Estate.

In Monday night’s instalment, Carla will go to pay friend Abi Franklin (Sally Carmen) a visit at the garage, who came armed with some wine after she stuck up for her this week.

“Speaking of trouble, I just want to thank you for last night,” Carla tells her friend but Abi reminds her: “You don’t need scumbags like that and believe me, I’ve met a few.”

The barmaid is seen reiterating how much she appreciates her friend’s help before handing her over a gift bag.

She said: “It’s the least I could do, especially after everything you’ve been through.”

Abi reassured Carla: “It’s water under the bridge… Listen, what you said in there, in the pub, last night – I know how hard that must have been.”

Carla admits: “Yeah, I didn’t really want to have to announce it to everyone like that.”

Her ever-supportive friend replies: “Between me and you, there are things I’ve done in my past I’d rather forget, I might have some idea what you’ve been through.

“If you ever want to talk about it and you’ve got no one else to turn to, you know where I am,” added Abi before Carla spots the front page of the newspaper.

But who is responsible for the attack? With Peter and Scott (Tom Roberts) both angered by the pair, it looks as though one of them could well have got involved.

However, could Carla see herself in the firing line after she now has clear motives for wanting to seek revenge on the pair and they’ve lost their leverage over her?