Maria Connor (played by Samia Longchambon) rushed to hospital in tonight’s episode after hearing Gary Windass (Mikey North) had been involved in a tragic car accident. However, while Maria paid her fiancé a visit, Coronation Street viewers couldn’t help but be distracted by her appearance on the A&E ward.

In recent scenes, Gary was hit by an oncoming vehicle after pushing Sarah Platt (Tina O’Brien) out of the way.

Maria and Adam Barlow (Sam Robertson) met Sarah at the hospital and were told Gary had been rushed into emergency surgery.

Luckily, Gary survived but when Maria got the chance to speak to him, viewers weren’t impressed with her mask-wearing etiquette.

Coronation Street has incorporated the coronavirus pandemic into the storyline with Maria wearing a mask as she sat by her fiancé’s bedside. 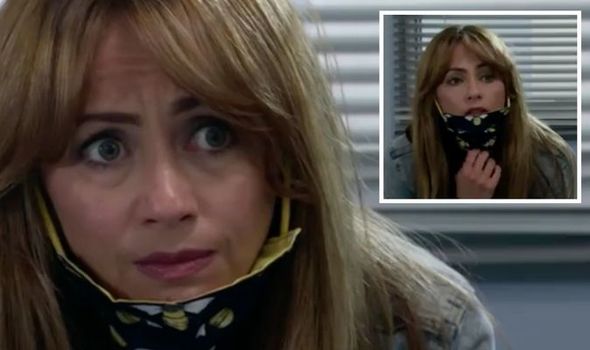 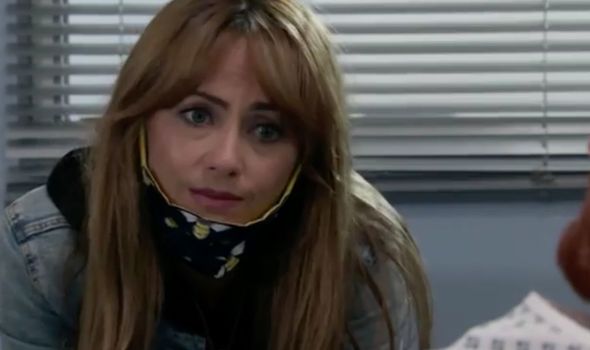 However, when Gary woke up, Maria pulled down the mask to speak to him.

Criticising the move, one said: “If they’re portraying covid then they shouldn’t be in A&E  and certainly not unmasked !#Corrie.”

Someone else tweeted: “#corrie oh Maria naughty girl, pulling your mask down under the chin and rubbing your nose. In hospital too lol naughty naughty.” 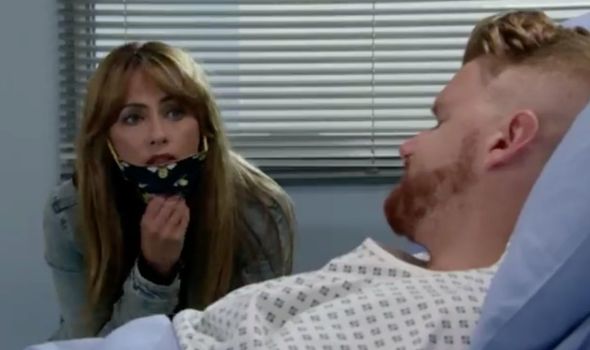 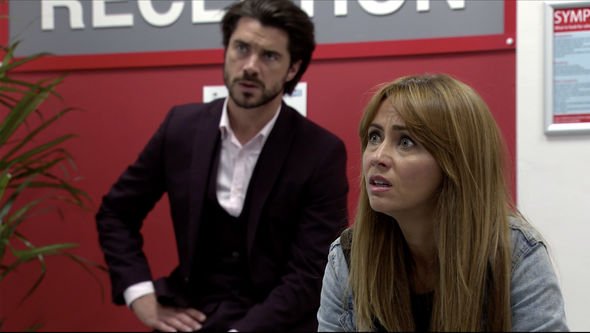 “You’d think @itvcorrie would advocate proper mask wearing but have Maria with her mask on her chin and touching her face! #Corrie,” a fourth added.

“Why’s she wearing a mask if she’s just going to pull it off to speak #corrie,” a fifth remarked.

While a sixth asked: “What is the point of the mask she’s just taken it off #Corrie?”

Elsewhere, Adam failed to hide his suspicions over Sarah’s recalling of what happened.

The mum-of-two claimed she had been distracted by her phone and stepped out in the road before Gary saved her.

However, Tyrone Dobbs (Alana Halsall) turned up at the hospital and revealed Gary had been chasing her down the street.

When Adam and Maria questioned why she’d lied, Sarah brushed them off.

Will Sarah expose Gary’s murderous secrets or continue to lie?

Meanwhile, Geoff Metcalfe (Ian Bartholomew) was rocked when he realised Elaine Jones (Paula Wilcox) had arrived on the cobbles.

Tim Metcalfe (Joe Duttine) told his father a woman had turned up claiming to be his mother but Geoff was able to convince his son she was lying.

Geoff then tracked down Elaine causing Coronation Street viewers to fear for her safety.