After more than five years in the “galaxy far, far away,” Daisy Ridley deserved a break. Her Star Wars character of Rey — and the entire sequel trilogy — stirred up a ton of fan division. So Chaos Walking — based on the sci-fi novels by Patrick Ness — likely provided a nice change of pace. Plus, working with Marvel star Tom Holland helped Ridley put her Star Wars experience in perspective. 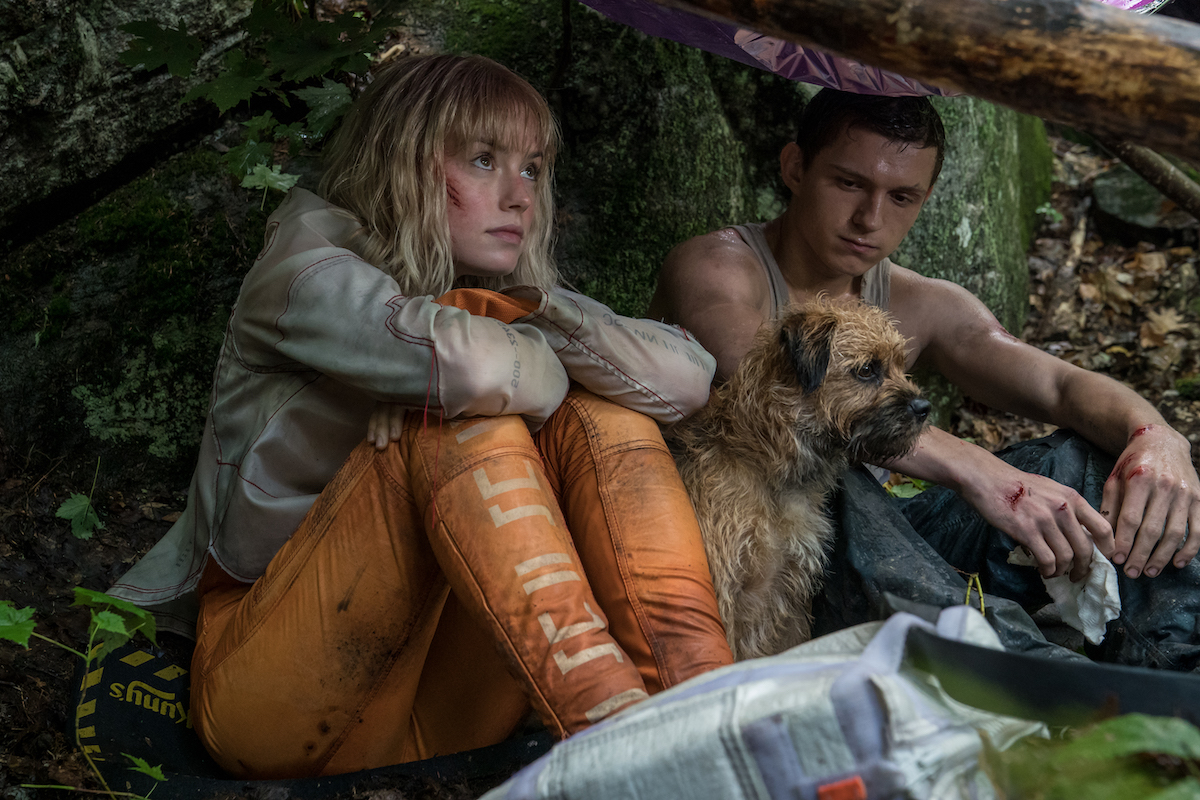 In Chaos Walking, Holland stars as Todd Hewitt, a young man who discovers a mysterious woman named Viola (Ridley). Todd and Viola attempt to navigate the dangerous planet, as he tries to protect her. The story takes place in a dystopian world in which women have disappeared and men give off “the Noise,” allowing their thoughts to be easily read.

For both Holland and Ridley, the project gives them a chance to dip into blockbuster territory without their signature roles. Chaos Walking finished principal photography in 2017 and is only now making its way to theaters in 2021. Since then, Holland and Ridley have become even more well-known for playing Marvel’s Spider-Man and Star Wars’ Rey, respectively.

Their roles in the Marvel Cinematic Universe and Star Wars saga pushed both Holland and Ridley into international fame. Despite the popularity of the Star Wars saga, Ridley still believes Holland had a more difficult job stepping into the role of Spider-Man. The actor, of course, debuted as the third live-action version of Peter Parker in 2016’s Captain America: Civil War.

“I’ve always felt really lucky because I never felt like anything was really resting on my shoulders,” Ridley told Yahoo! Entertainment. “He is Spider-Man in Spider-Man. It’s historical. Star Wars is historical, but I came in and played the new character of Rey. But that is intense. So I do not really understand what Tom has gone through. But he does it all with grace. He really does. He handles it all very well.”

To Ridley’s point, her time in the Star Wars saga has — at least for now — come and gone. Meanwhile, Holland will likely be playing Peter Parker in the MCU for many years to come. Of course, the actor doesn’t seem to mind at all. He recently told USA Today he’d make 10 Spider-Man movies if Marvel wanted him to. Star Wars will go on with or without Ridley’s Rey.

Will Daisy Ridley return as Rey in ‘Star Wars: Episode 10’?

But will Ridley ever return to play Rey again? That seems to be the big question. After all, Lucasfilm has many Disney+ series — and a pair of films — in the works. Yet, none of them seem to directly address what happens after Star Wars: The Rise of Skywalker. That leaves the door open for Rey to lead yet another trilogy somewhere down the line.

Around the time The Rise of Skywalker released, Ridley seemed hesitant about more Star Wars. However, she’s more open in recent comments, proclaiming she can “never say never.” Perhaps Star Wars: Episode 10 might continue the Skywalker saga. As much as some fans might groan at Ridley’s final scene, it does establish Rey as part of the Skywalker lineage.