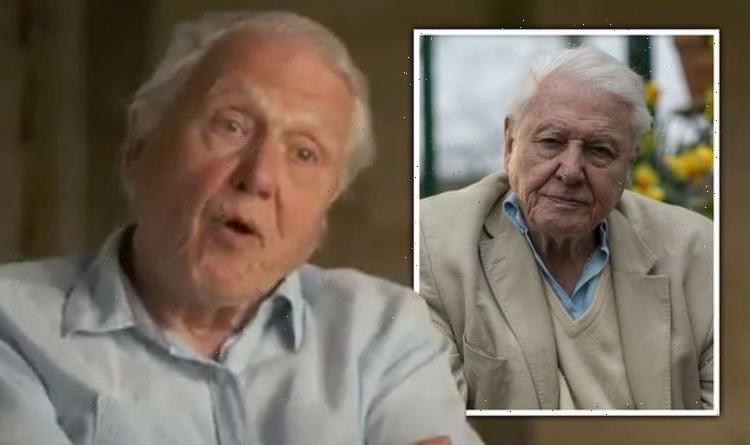 Sir David Attenborough has studied the life and death of various species in the animal kingdom in numerous documentaries over the years. However, in a recently resurfaced interview the broadcaster admitted he didn’t fear death but made a heartbreaking reflection on his future health.

The documentary maker opened up to CBS’s Anderson Cooper for his 60 Seconds with segment.

David was asked about the last book he read, who influenced him the most and whether or not he’s afraid of death.

Anderson asked: ‘What are you most fearful of at this moment?”

“Are you fearful of dying?” Anderson asked to which David replied: “No, not the process.

“I’d just like it to be a quick process, thanks very much.”

Reflecting on his enviable career, David explained the moment he’d like to repeat if he had the chance.

He said: “The first time seeing a coral reef, watching a humming bird, sitting alongside a gorilla holding my first born baby.”

David went on to reveal On the Origin of Species was the book that had the greatest impact on him.

He also noted his parents were the people who had had the greatest influence on him.

He said: “Everything we have achieved in the last 10,000 years has been enabled because of the [climate] stability during this time.”

“The global temperature has not wavered over this period by more than either plus or minus one degree celsius – until now,” he continued.

“We are already in trouble. The stability we all depend on is breaking.

“This story is one of inequality as well as instability. Today those who have done the least to cause this problem are among those to be hardest hit.

“Ultimately, all of us will feel the impact, some of which is unavoidable.”

“Is this how our story is due to end? A tale of the smartest species doomed by that all too human characteristic of failing to see the bigger picture in pursuit of short-term goals?”

“Perhaps the fact that the people most affected by climate change are no longer some imagined future generation but young people alive today, perhaps that will give us the impetus we need to rewrite our story,” he said.

“To turn this tragedy into a triumph – we are after all the greatest problem solvers to have ever existed on Earth.

“We now understand this problem, we know how to stop the number rising and put it in reverse.

“We must recapture billions of tonnes of carbon from the air, we must fix our sights on keeping 1.5 degrees within reach.”